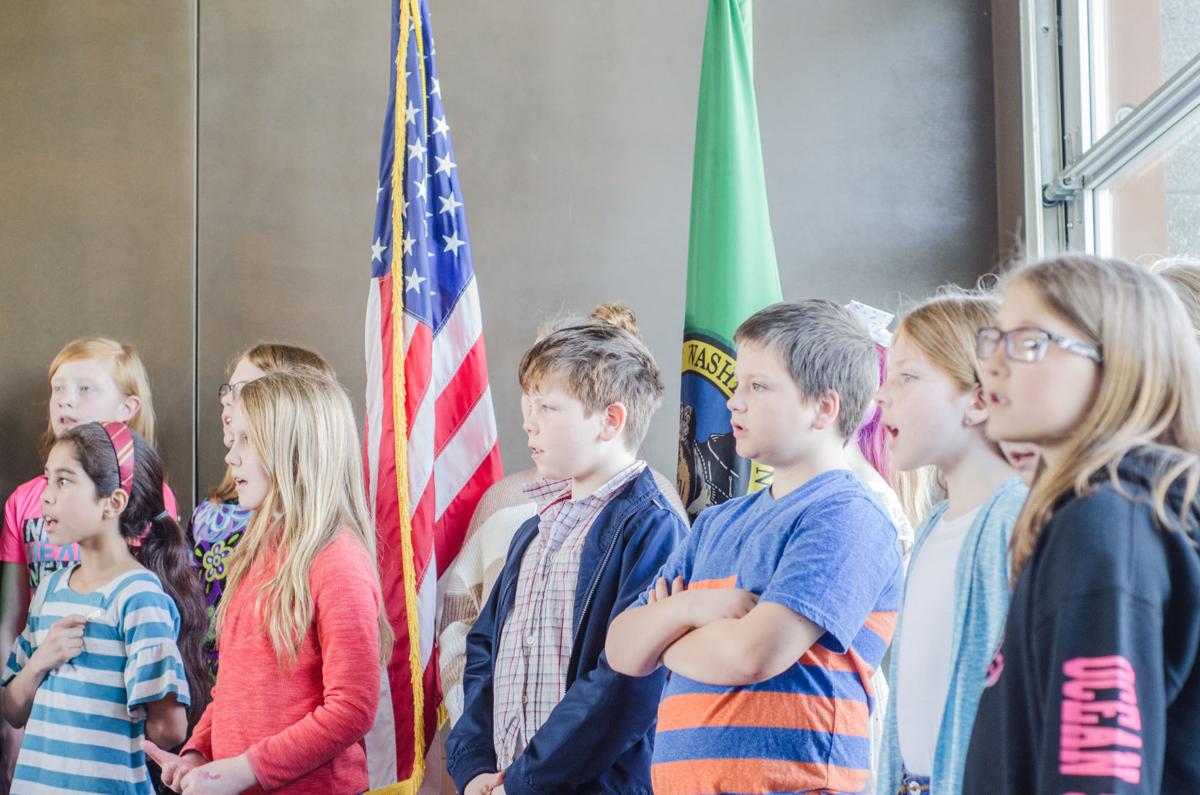 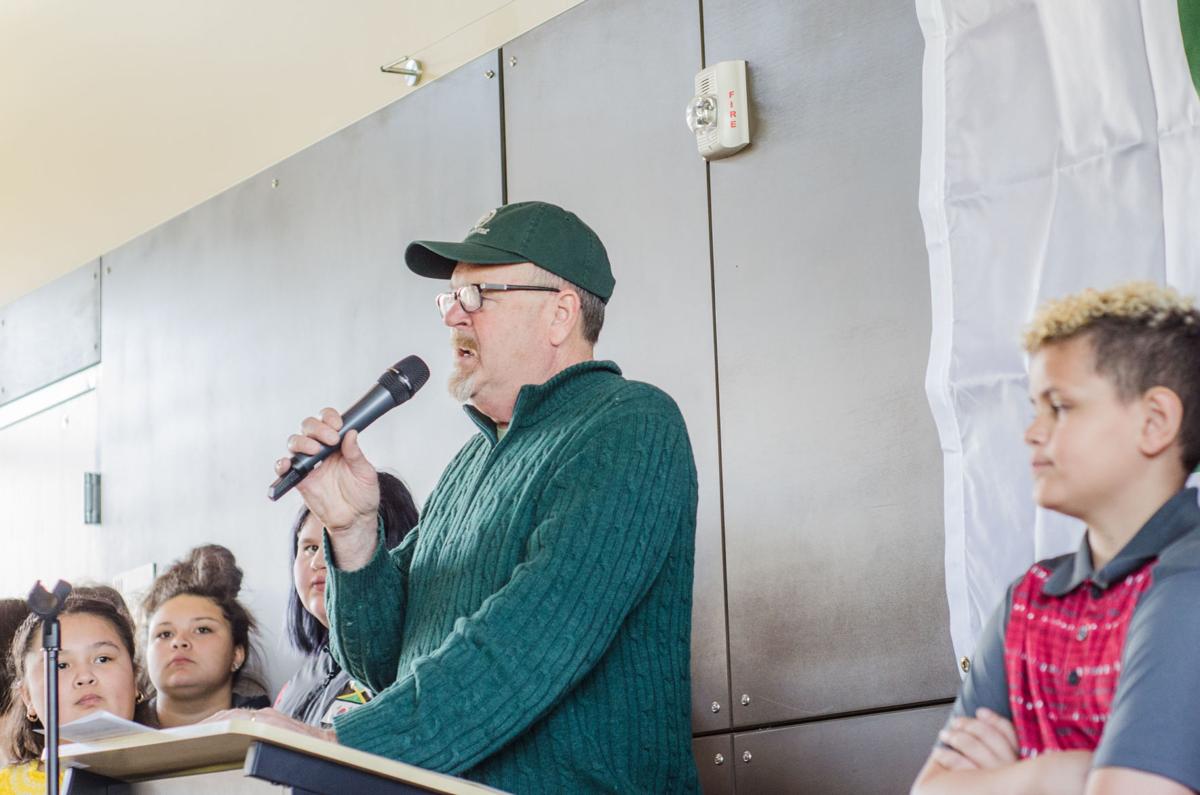 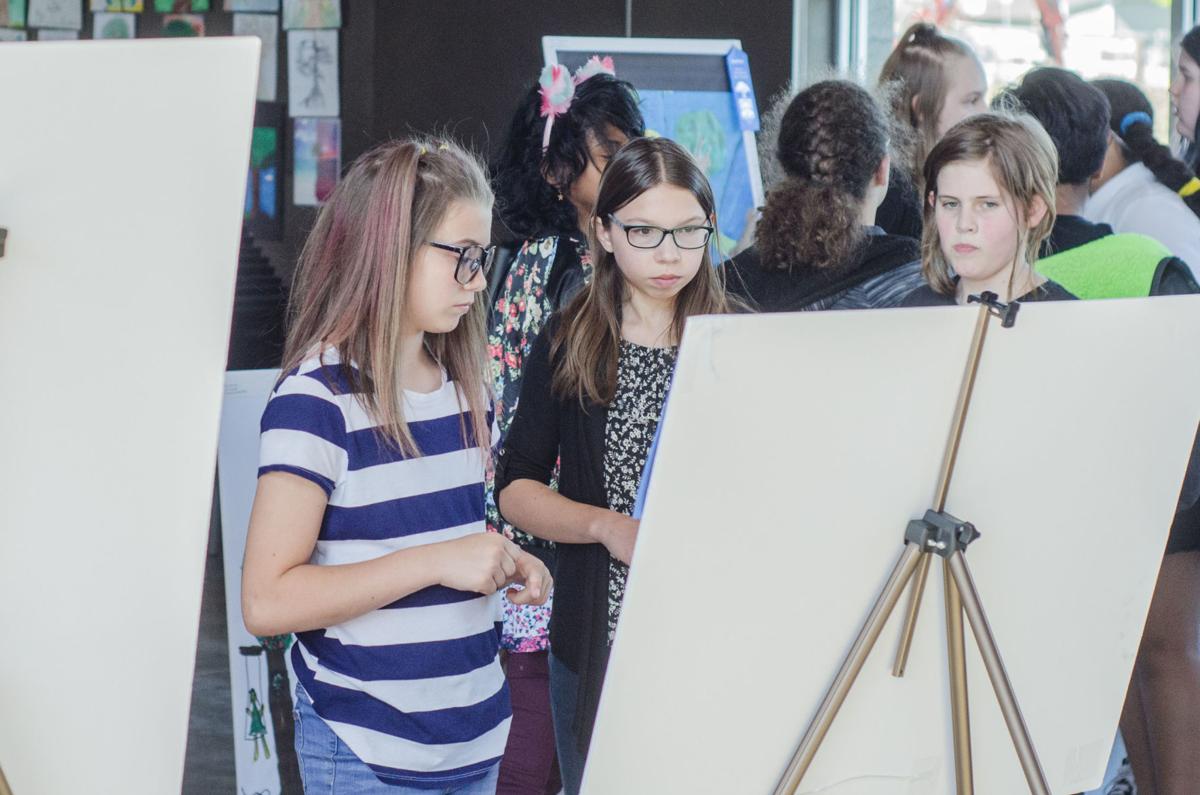 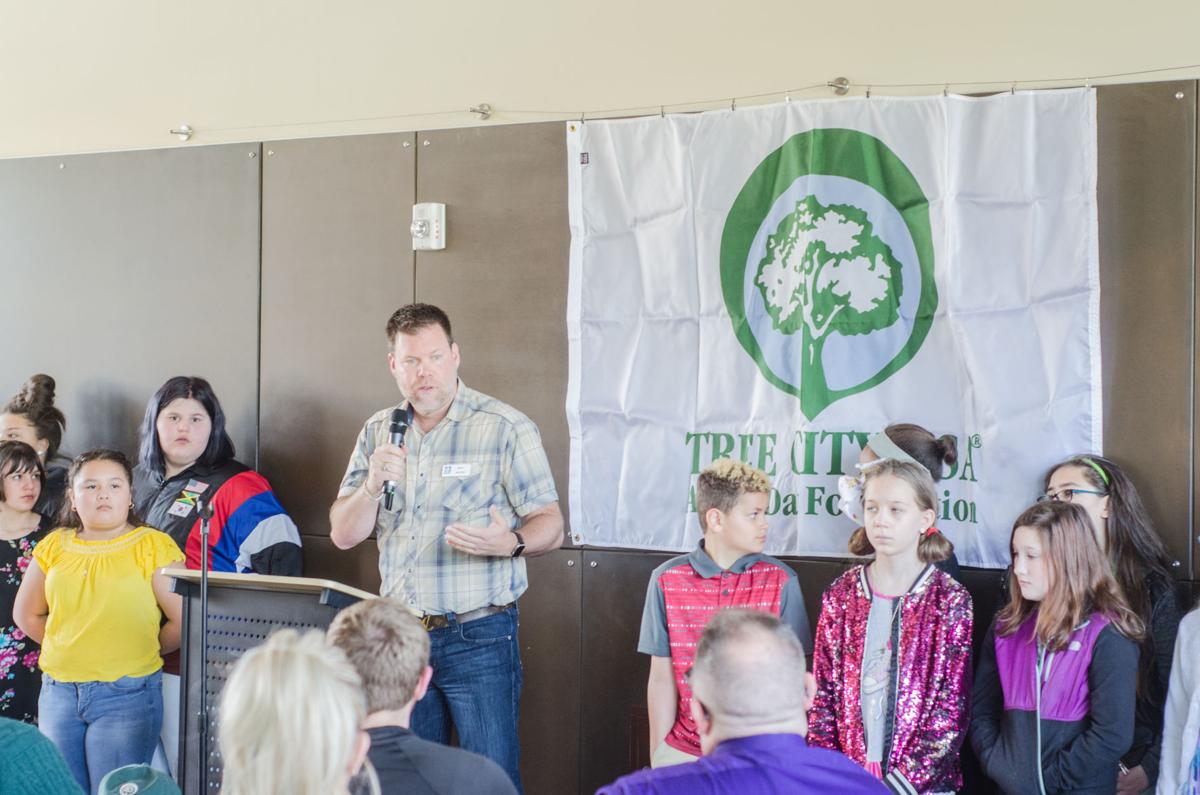 Lacey Mayor Andy Ryder speaks to Yelm residents Friday afternoon about the commonalities between Lacey and Yelm. The two are “Sister Cities” and exchanged trees during the event. 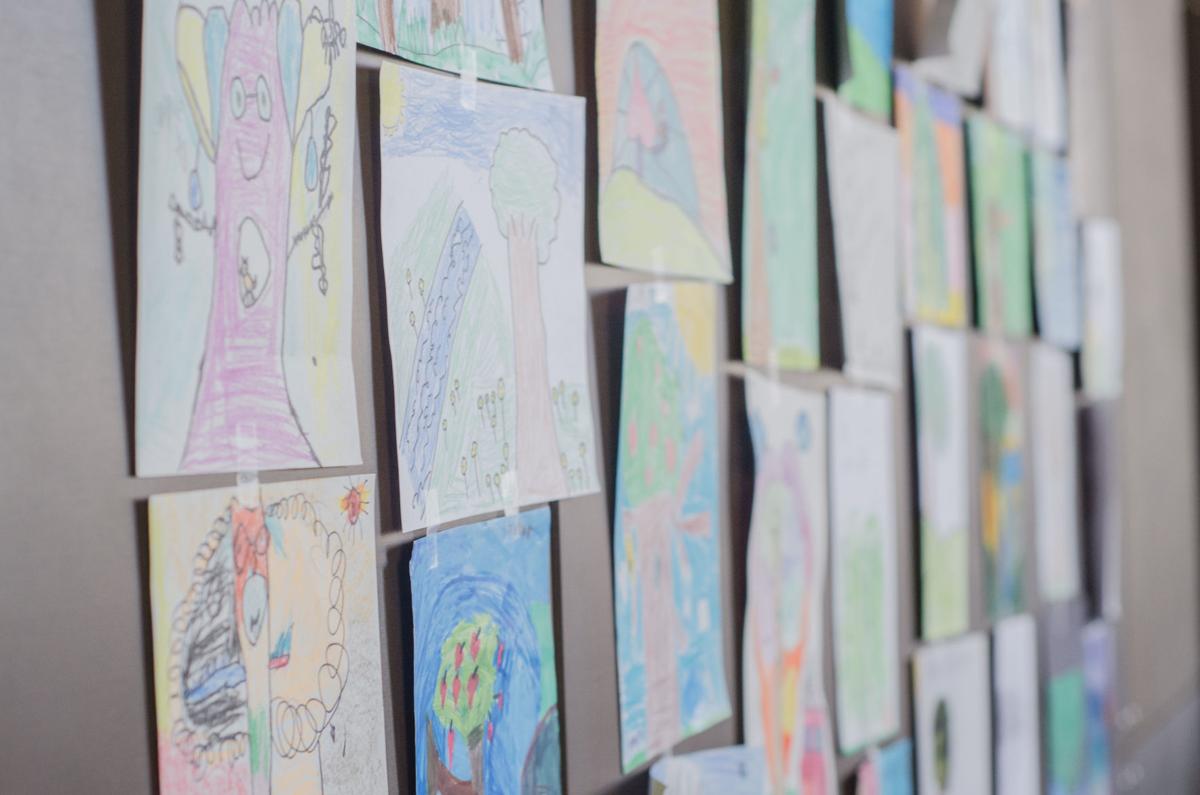 Art hangs on the wall Friday afternoon at the Yelm Community Center.

Lacey Mayor Andy Ryder speaks to Yelm residents Friday afternoon about the commonalities between Lacey and Yelm. The two are “Sister Cities” and exchanged trees during the event.

Art hangs on the wall Friday afternoon at the Yelm Community Center.

Community members turned out Friday, April 26 to the Yelm Community Center in celebration of the city’s 23 years of being a Tree City. The city was also awarded an accolade from the National Arbor Foundation for its commitment to effective urban forest management.

Before reciting the city’s recently approved Arbor Month proclamation, Yelm Mayor JW Foster spoke about the legacy and partnership that Yelm has with Lacey, and the dedication of the city toward preserving and caring for its trees.

“Yelm today continues to be a city that you drive through and you go ‘wow, what a pretty little town we have here,’” Foster said.

Yelm has been a Tree City since 1997. In order for a city to become a Tree City, they must have a designated tree board, an annual community forestry budget of at least $2 per capita, adopt a tree care ordinance and observe Arbor Day, according to city officials.

In a symbolic gesture of comradery, Lacey Mayor Andy Ryder and Foster exchanged trees. Foster, on behalf of Yelm, gave Ryder and the City of Lacey a Venus Dogwood. Ryder, with Lacey, gave Foster and the city a Silver Maple.

“Trees that we’re planting today are going to be enjoyed by these kids years into the future, and their kids and their grandkids,” Foster said. “When you plant a tree, you’re building legacy for years and years to come.”

During the celebration, Ryder said the two cities have come a long way in the two decades since they became Tree Cities (Lacey has celebrated over 28 years of being a Tree City). Ryder also took the time to compare the two cities, both of which he said are heavily involved with JBLM and willing to solve problems to make their communities flourish.

“What you’re doing with your splash park, the upgrades you’ve done, the growth you’ve had in Yelm — the challenges that you’ve overcome. I’m very proud of everything you’ve been able to accomplish and I’m proud of how far the City of Lacey has come too,” Ryder said.

Foster also gave a small update on the splash park which recently broke ground at the Yelm City Park. The park will be ADA compliant, feature new playground equipment and is expected to be finished by Prairie Days, he said.

The splash pad will feature a 4,000-gallon tank that will filter recycled water throughout the system. Foster said virtually no water will be lost to evaporation and it will be mostly self sustained.

Musical performances by the Yelm Middle School choir included “Come in From the Firefly Darkness” and “Ahrirang.” Mill Pond choir students performed “Trees for America” and “Somewhere Over the Rainbow/What a Wonderful World.”