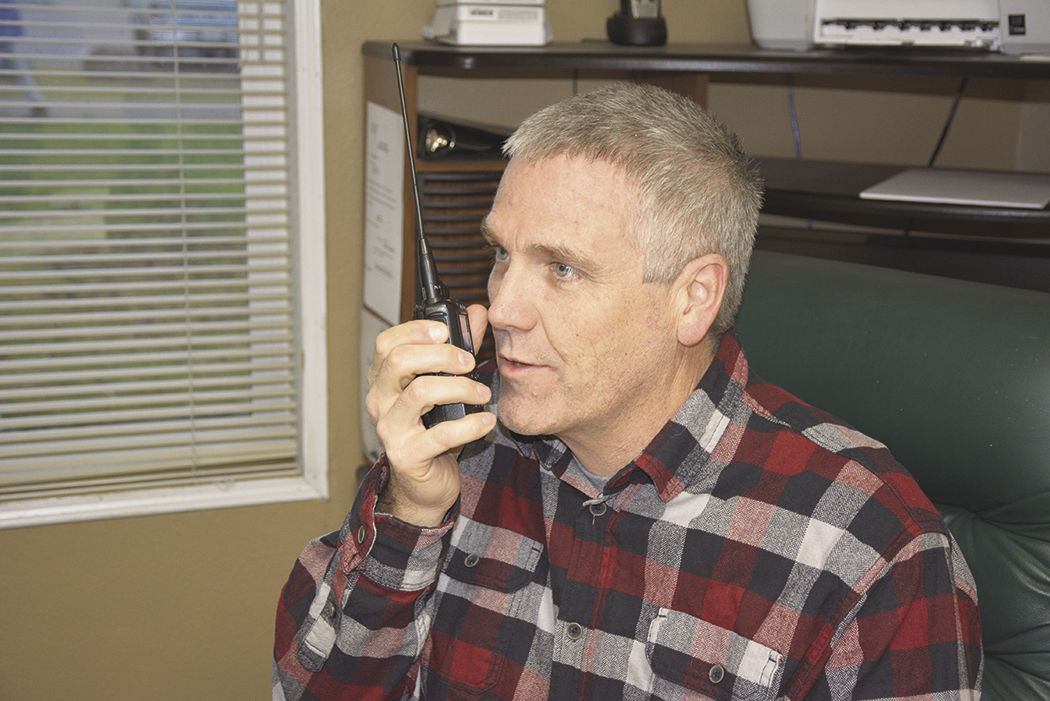 Ed Braaten mans a radio at Rainier City Hall. He is the ham radio emergency coordinator for the city. 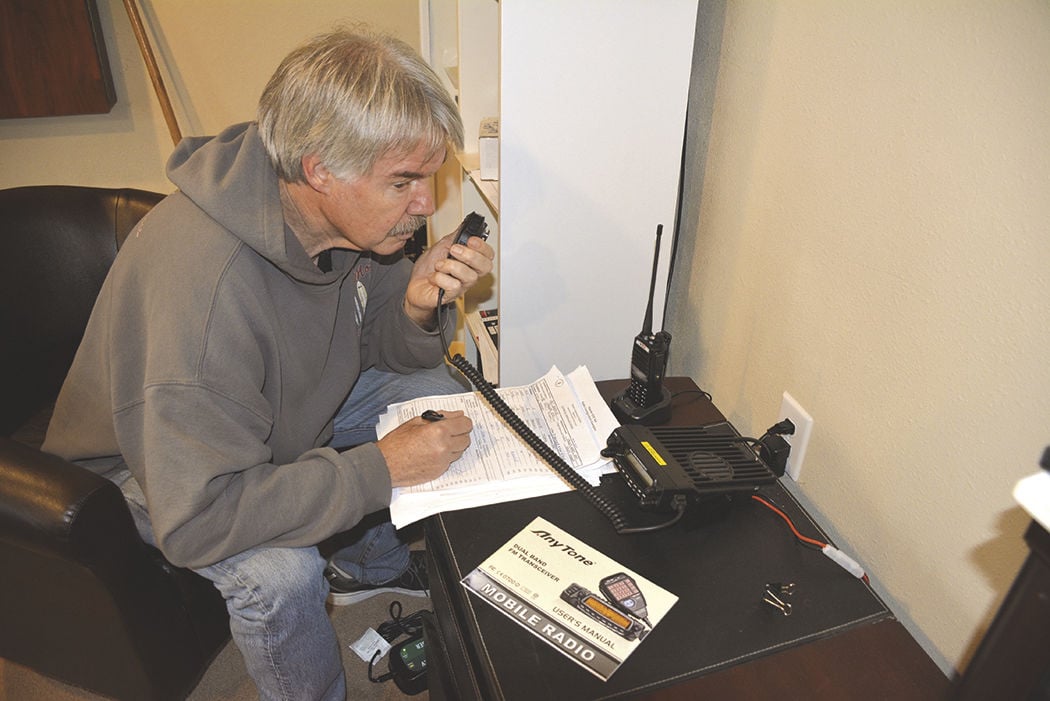 Pat Cooley, a ham radio participant, operates the radio at one of Rainier’s shelter locations — Valley Heart Assembly of God.

Ed Braaten mans a radio at Rainier City Hall. He is the ham radio emergency coordinator for the city.

Pat Cooley, a ham radio participant, operates the radio at one of Rainier’s shelter locations — Valley Heart Assembly of God.

Rainier Ham Radio — also known as amateur radio — is about to get its own public safety frequency for Rainier, along with a second frequency for city use.

The public safety frequency is essential because it labels a radio frequency as the one to tune into in case of emergency. In Rainier’s case, the frequencies have been granted, but they are waiting for the people at the FCC to finalize their application.

“In times of disaster — that’s where ham radio really shines — amateur radio is used as the glue between broken systems,” said Ed Braaten, emergency coordinator with Rainier ham radio. “Very typically in a disaster, the power will be out, which leads to lack of telephones, lack of cell phones.

Hams — ham radio operators — will figure out which systems are still working after a disaster hits and use their radios to connect the dots between aid efforts, Braaten said, like relaying traffic from public safety agencies or even federal relief efforts.

People that aren’t Hams can buy hand-held radios that go several miles, and have them in case of emergency, he said. They can plan ahead of time to know which frequency to use, then communicate with each other or Hams in times of trouble.

“We as Hams train to listen for their messages, and then we take our communications capability — which is the long-haul, long distance — and report that to public safety organizations,” Braaten said.

If there is an area where the power is out and people are trying to send a message to a loved one that they are safe, a ham radio operator can send a radio-based email, like a telegram, outside of the disaster area to the intended recipient, Braaten said.

Ham radio operators use all battery-powered equipment and use generators to charge the batteries, he said. Now, however, they are moving toward using solar panels in case of a lengthy power-outage.

Puerto Rico was out of power for weeks after Hurricane Maria, pushing into months, so if a disaster happened in Rainier that required folks to go on generator power, those folks would only have power so long as they had fuel, which would be inaccessible in a power outage, Braaten said.

That’s where ham radio can be of help — Hams will be able to create a net of communication that could rally aid and let disaster-affected people communicate with those in safety.

In this network protocol, there is what is called a net control — the person that controls the network — and each of the ham radio operators from their identified locations will communicate pertinent information to each other, he said. For instance, the radio operators at the school districts may need to contact the net control person to set up the transfer of students to one or both of the identified shelters, which are Rainier Chapel and Valley Heart Assembly of God.

Also, in a disaster, preparedness is key. Braaten even suggests doing a drill with hand-held radios, making sure that everyone knows how to get to the right frequency to communicate.

Beyond disaster work, ham radio operators also look at amateur radio as a hobby and a service.

“Most Hams, or a good majority of Hams, are also interested in community service…” Braaten said. “Radio allows you to communicate, so a lot of Hams are involved in community service areas where radio is a useful part. You think of parades, you think of large organizational meetings and things where there needs to be coordination across a large distance. A running race is a good example of that.”

During a race, Hams will be in positions at certain points along the way, Braaten said. They can take on information and relay information to others. Say there’s a medical emergency during the race — the hope is that there would be an amateur radio operator close enough to call in aid.

“It’s a very broad-spectrum hobby, but in general the primary purpose of amateur radio is to provide a pool a skilled radio operators that are useful for emergencies, but also to further the radio art,” Braaten said.