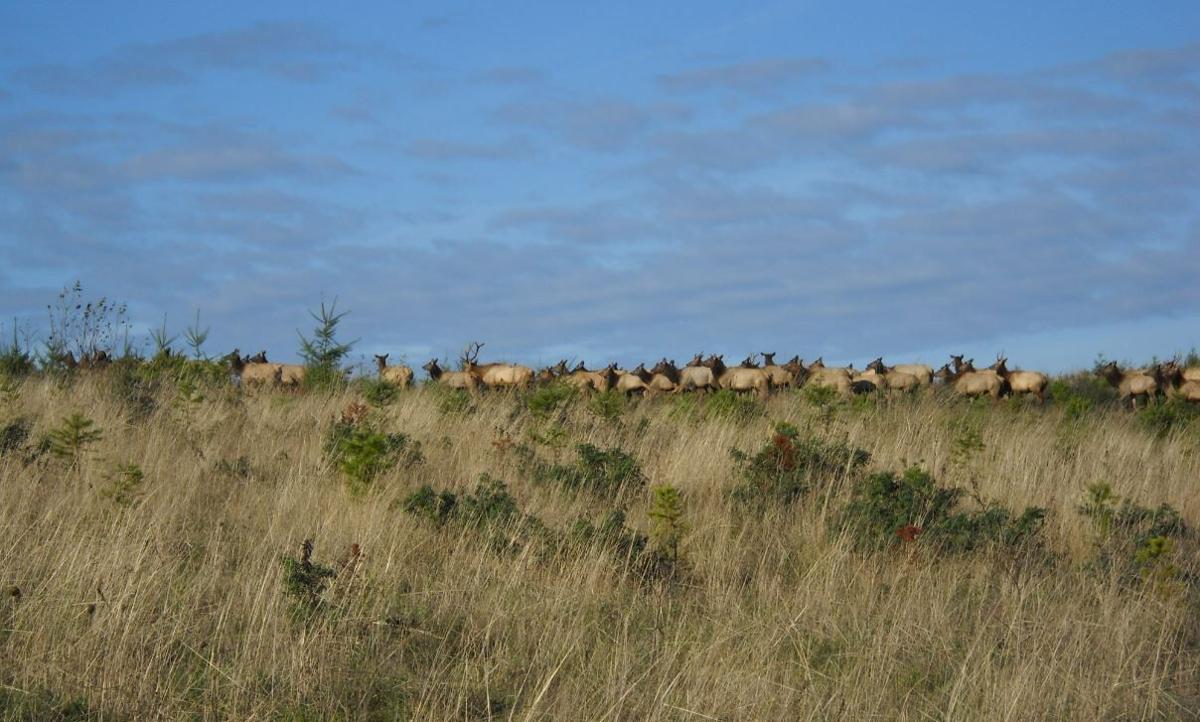 An elk herd is pictured in a field in the northern section of TransAlta property. 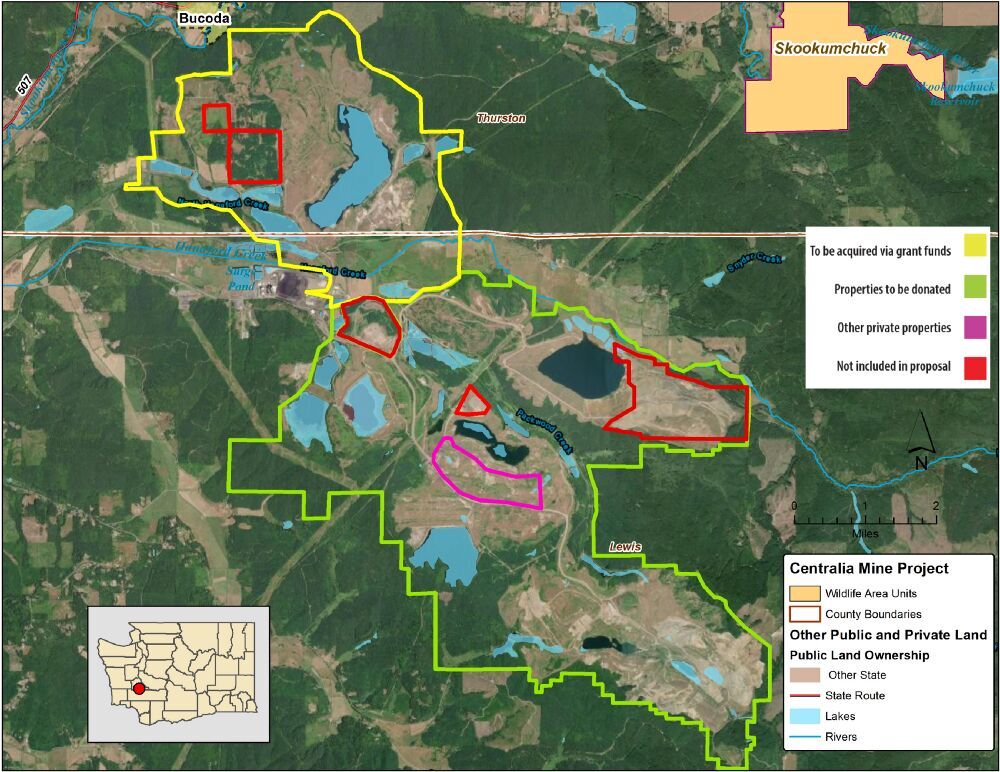 The Washington Department of Fish and Wildlife (WDFW) is looking into acquiring nearly 10,000 acres of the TransAlta-owned property formerly used for the Centralia Mine with intentions to turn it into a wildlife and recreation area that will eventually be opened to the public in both Lewis and Thurston counties.

The proposed acquisition also includes approximately 200 acres owned by the Industrial Park at TransAlta (IPAT) that lies fully within the mine property’s footprint.

“The acquisition of this property by WDFW aligns with TransAlta’s commitment to sustainability,” Mickey Dreher, president of TransAlta USA, said in a statement. “We believe a long-term wildlife area is the best use of this property and would greatly benefit the community now and into the future.”

The Centralia Mine began commercial operation in 1971 and was purchased by TransAlta in May 2000, according to the TransAlta website. Active mining at the Centralia Mine concluded in November of 2006. Since then, reclamation efforts have been ongoing, and although some parts of the property are reaching full reclamation, other parts will take several more years.

“TransAlta is committed to completing the reclamation to meet all standards prescribed by the Office of Surface Mining Reclamation and Enforcement, including habitat improvements requested by WDFW,” the department said.

One of the goals of the reclamation is to return the property to pre-mining conditions and improve the diverse array of habitats within the property including wetlands, forests, lakes, ponds and grasslands that support elk, deer, salmon and other wildlife.

WDFW is the state agency primarily tasked by law with preserving, protecting and perpetuating fish, wildlife, and ecosystems while providing sustainable hunting, fishing and other recreation opportunities, according to the WDFW website.

“Land acquisition is one of many ways the department has worked to meet this mandate, resulting in the creation of 33 wildlife areas and nearly 500 water access areas around the state,” stated the department on its website.

According to WDFW, TransAlta is considering donating approximately 6,500 acres to the agency. The department would then pursue grant funding to acquire the remaining 3,100 acres in the future. The IPAT governing board also expressed a willingness to consider an offer from WDFW on one of their parcels, provided the department can secure grant funds, according to WDFW.

More information about the Centralia Mine property, the state’s plans for the land and a map of the area can be found on the WDFW website. The WDFW will accept written comments regarding the project through Feb. 5. Those who would like to submit comments can send them by email to lands@dfw.wa.gov or by mail to Real Estate Services, PO Box 43158, Olympia, WA, 98504.