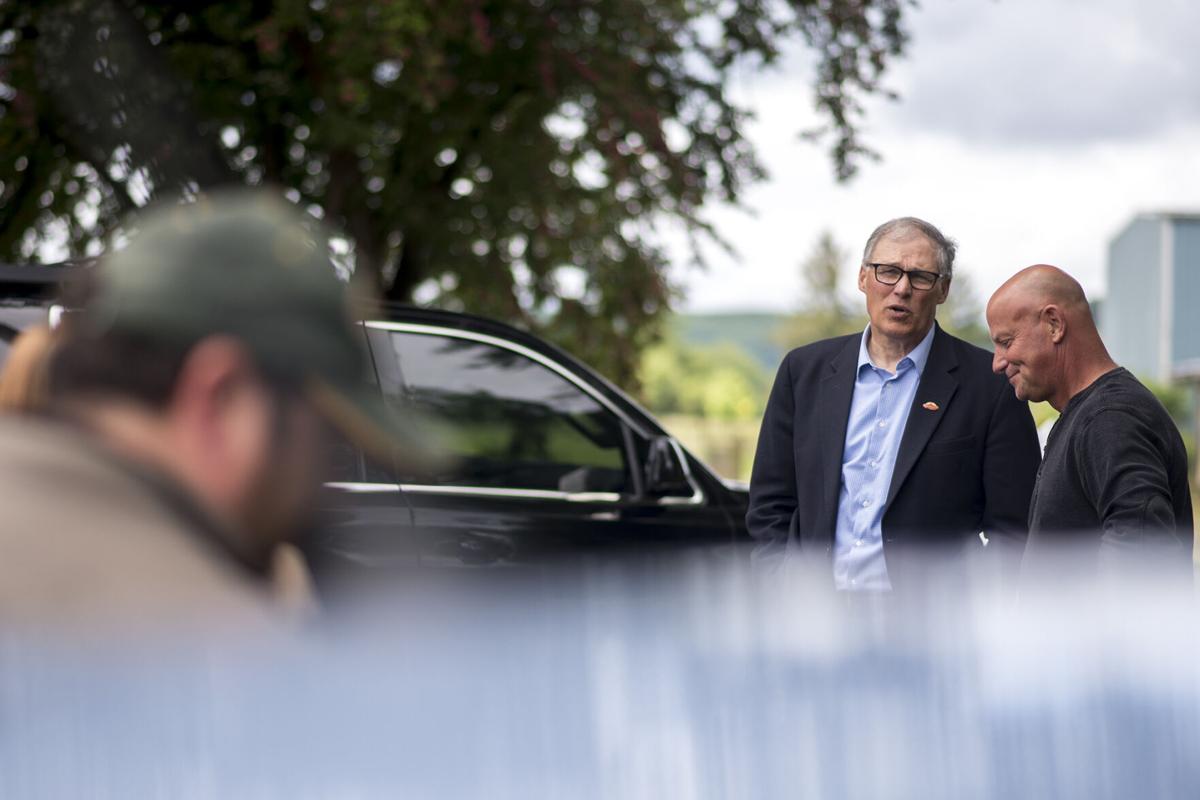 Gov. Jay Inslee, center, speaks with Adna rancher John Brunoff, right, during a June 2017 tour of local areas that have been devastated by past flooding. 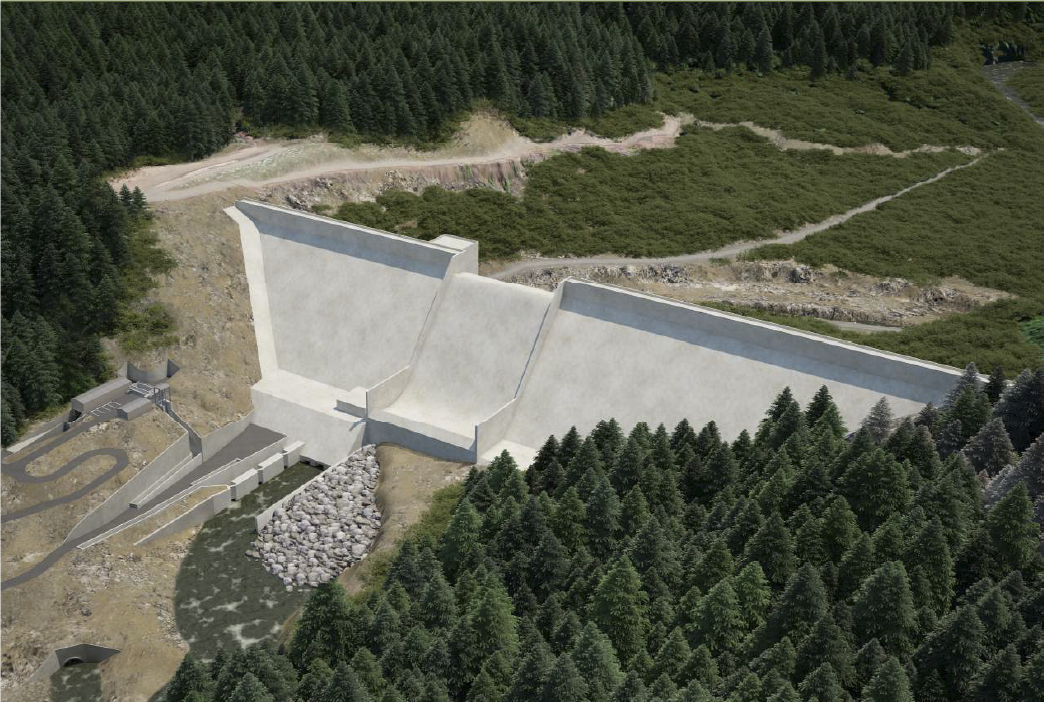 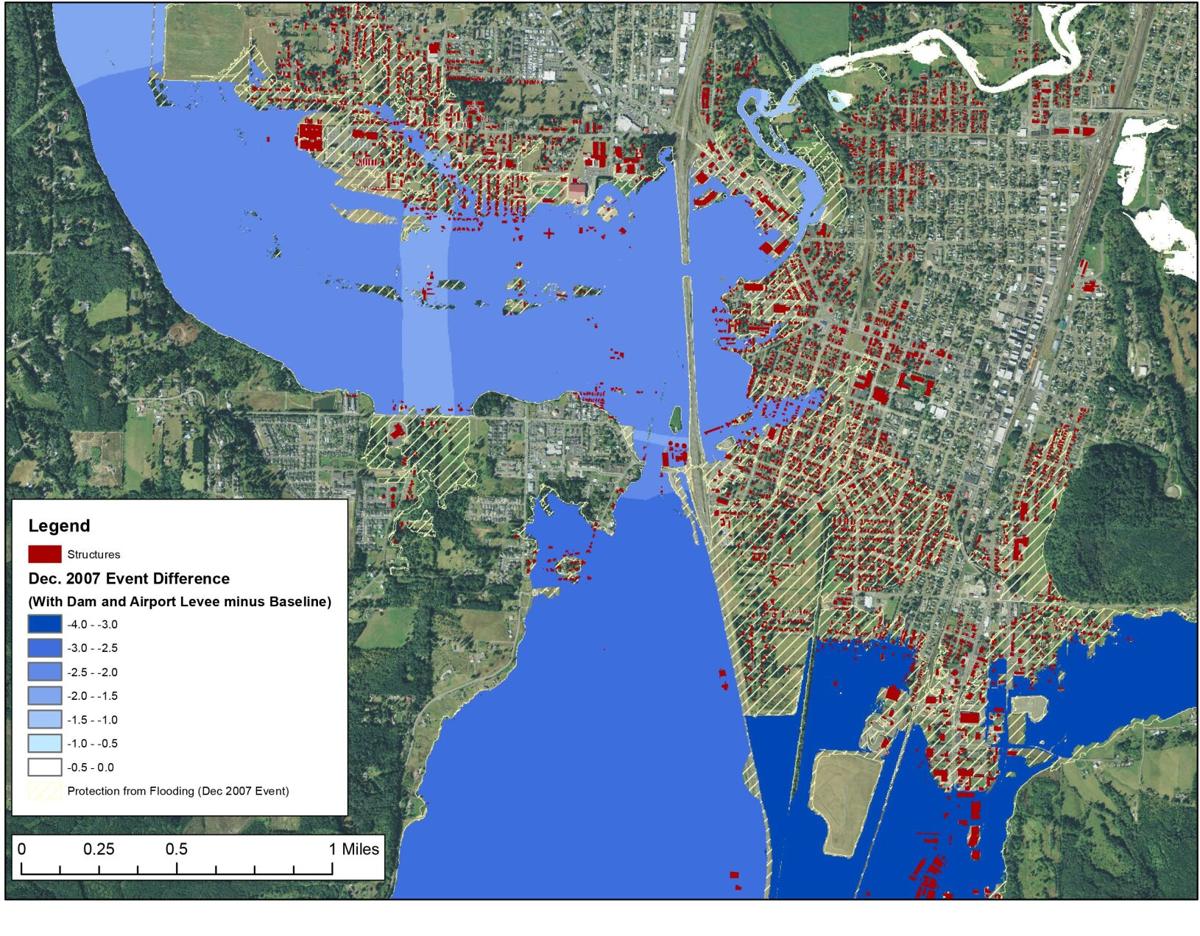 This image included in the draft Environmental Impact Statement for the proposed Chehalis River dam shows areas that could be spared serious flooding during an event comparable to the 2007 flood. 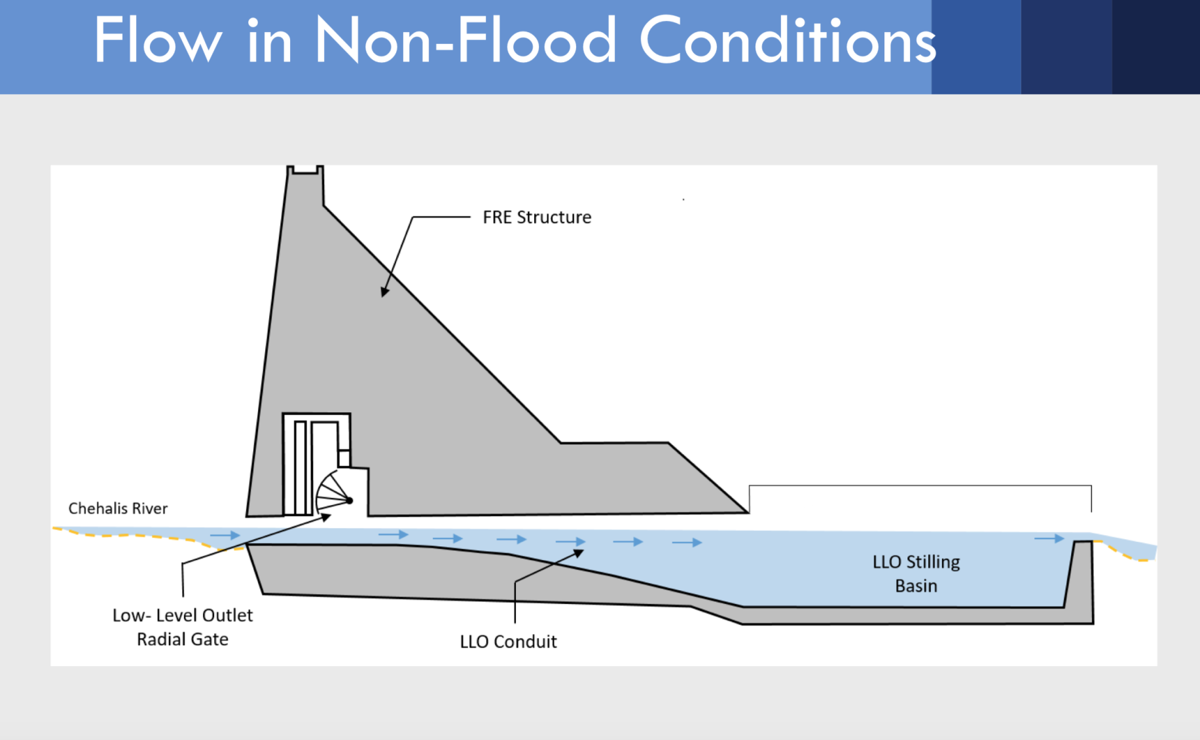 Gov. Jay Inslee this week directed the state departments of Ecology and Fish and Wildlife to pause work examining a possible dam in the upper reaches of the Chehalis River until January and instead produce a non-dam alternative.

In a letter to Department of Fish and Wildlife Director Kelly Susewind and Department of Ecology Director Laura Watson first reported by KUOW, Inslee cited “additional and significant questions and concerns about impacts and alternatives” in making his decision.

He noted a desire to find a balance between reducing flooding in the basin and saving struggling fish species.

“I have requested that the Chehalis Basin Board provide recommendations on the process for addressing some of these concerns, particularly the development of a basin-wide, non-dam alternative to flood damage reduction and evaluating the potential to avoid, minimize, and mitigate the impacts of the flood retention and other flood risk reduction projects,” Inslee wrote. “Furthermore, I am directing that Ecology pause the Environmental Impact Statement (EIS) process through the end of the year and to use funding available within the Office of Chehalis Basin budget to assist the Board in the development of a non-dam alternative.”

Additionally, the governor asked the agency directors to improve communications with tribes and create a more structured process for tribal staff and consultants to engage when they so choose.

“Given that climate change poses a significant risk to salmon and increased flood damage in the basin, I believe that we will need the best scientific evaluation of options to preserve habitat and restore salmon runs while protecting the basin’s human communities,” Inslee wrote. “Therefore I support both agencies’ continued participation in the Chehalis Basin Strategy’s related work to assess options for mitigation and ecological restoration.”

The Department of Ecology’s Environmental Impact Statement on the proposed flood retention facility near Pe Ell concluded that the dam would harm fish habitat but would also prevent some flooding for the Twin Cities. According to the Draft Environmental Impact Statement done by the Department of Ecology, between 1,135 and 1,280 structures would be protected by the dam from a catastrophic flood. In addition, the EIS states the project would protect roughly 13 percent of the City of Centralia’s acreage, which includes many residential areas.

The Quinault Indian Nation and Chehalis Tribe spoke out against the project based on the potential damage to already struggling fish runs, though other governments in the Chehalis River Flood Authority voiced support for the dam.

The 250-foot-tall structure would include tunnels for salmon and would only be closed when flooding was predicted.

The story will be updated in Tuesday’s edition of The Chronicle.