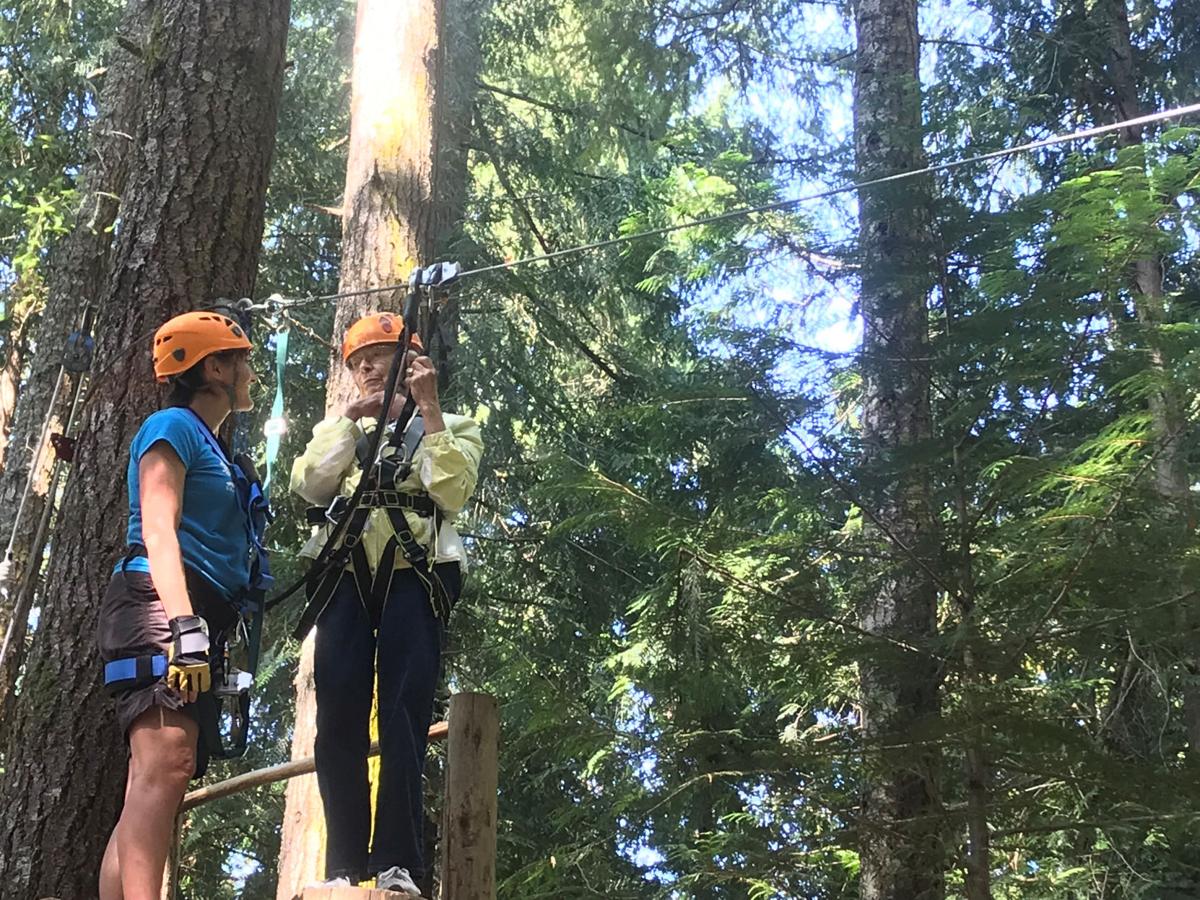 Betty Whalen prepares to complete a section of the zipline course. 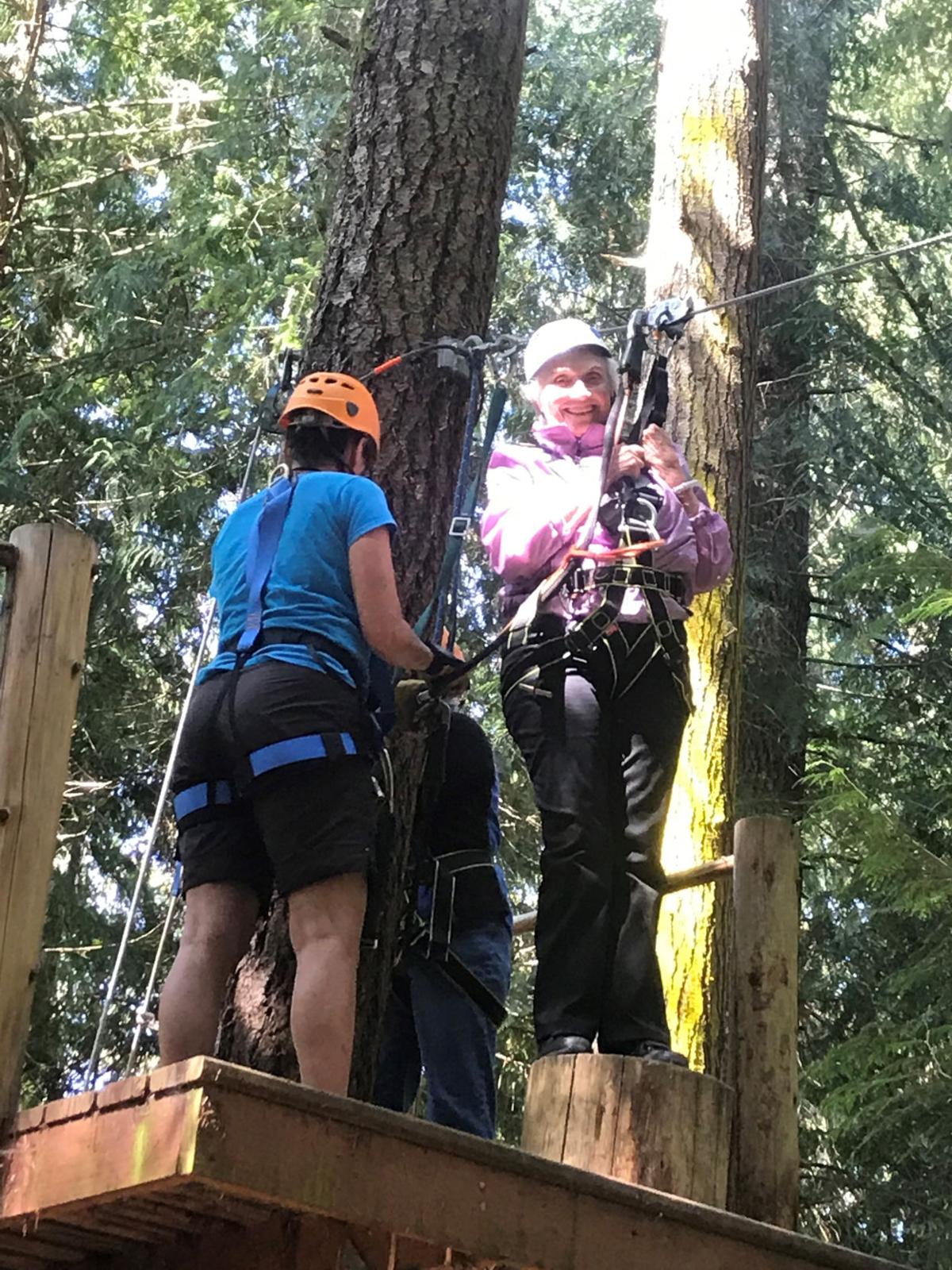 Two Thurston County women have become the oldest participants to complete the zipline course at Treehouse Island Zipline Adventures in Cowlitz County, according to a press release from the senior living community Revel Lacey.

Betty Whalen and Midge Stancil, ages 94 and 91 respectively, recently visited the facility, a 50-acre island at Silver Lake that has six total ziplines. Participants not only zipline the course, but also maneuver up ladders and over rope bridges in order to reach the ziplines. At its highest point, the zipline course reaches 75 feet in the air, according to the press release.

Whalen and Stancil have always been outdoor enthusiasts, with Stancil always being a bit of a daredevil, according to Revel Lacey.

“I’ll try anything once,” Stancil said, “and if it’s fun, I’ll try it more than once. Ziplining was on my bucket list, and when our activity director heard about it and offered the sign-up sheet, I jumped at the chance — literally.”

Once the group of participating residents arrived at the course, they knew they were ready for the challenge ahead.

“Climbing up the trees was difficult for our age, but we really loved the trip even though it was so tiring,” said Whalen. “We had such great encouragement from the directors through the whole course. Once you got up there, you had to finish.”

The trip to the zipline course was one of many experiences offered to residents of the Revel Lacey community.

“Our activity directors do a great job of listening and responding to what people want to do. If you could see our activity program, there is something every single day,” said Stancil.

Whalen has lived in the community for nine months and Stancil was one of the very first to move in when the residence opened its doors in 2018.

Both have become very active members of the community, sharing their passion for activity and adventure with their fellow residents. Whalen is looking forward to a trip back to her home state of Montana, and Stancil will be taking a month-long trip to Australia and New Zealand this November.

Information from a press release from Revel Lacey was used in this report.