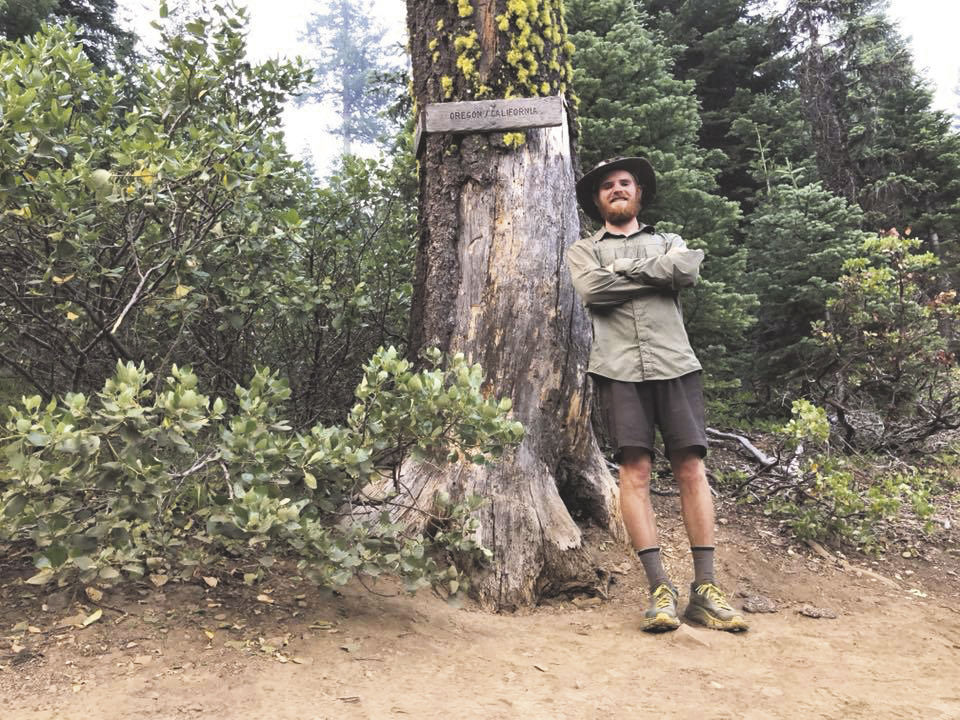 Andrew Kollar hiked from the southern most point of the Pacific Crest Trail to the state line in northern California. He took a bus from southern Oregon to Washington where he will hike south through Washington and Oregon to avoid wildfire smoke. 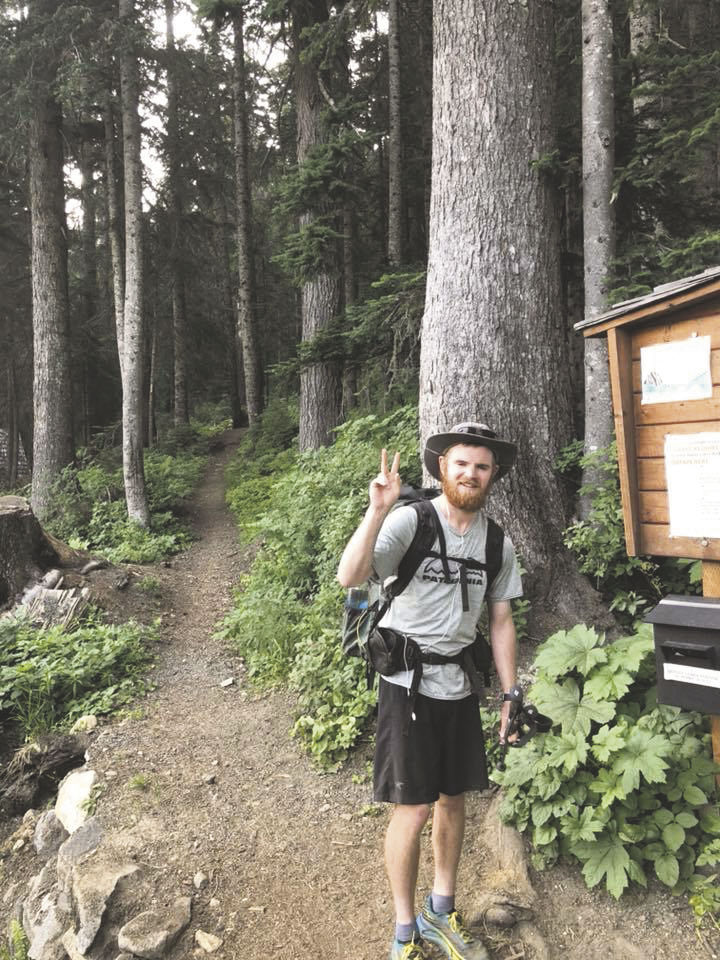 Kollar starts the next leg of his journey in Stevens Pass where he now is hiking south through Washington. 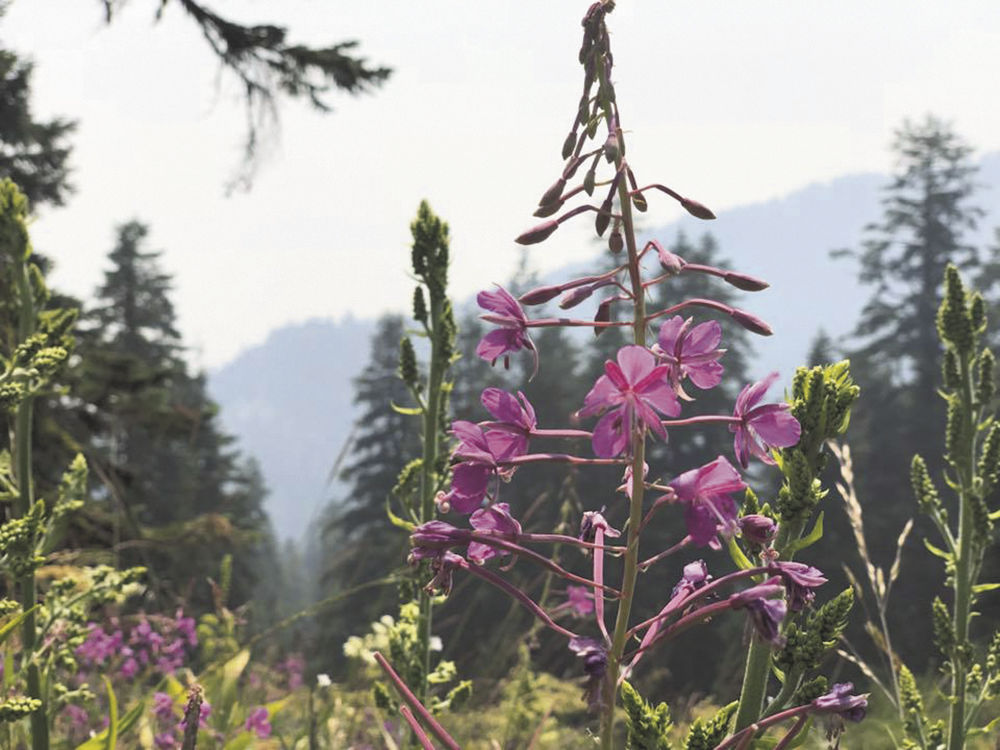 Kollar took a bus from Medford, Oregon to Tacoma where he took a day to rest and then started hiking again. 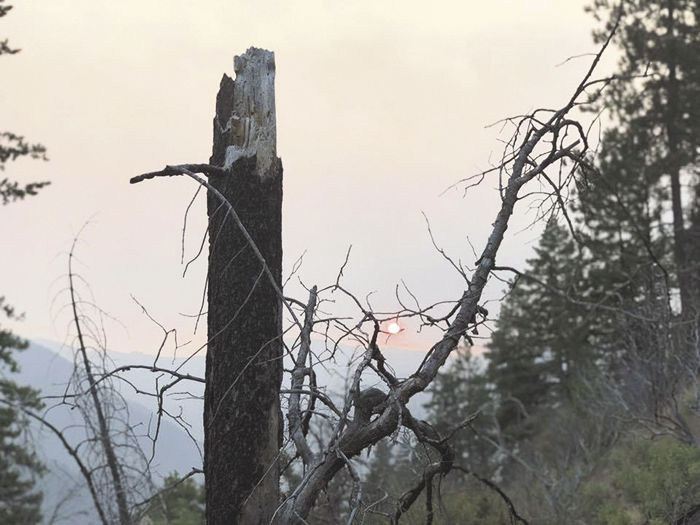 Smoke from large wildfires throughout Oregon were wreaking havoc on Kollar eyes and left him with a perpetual cough.

Andrew Kollar hiked from the southern most point of the Pacific Crest Trail to the state line in northern California. He took a bus from southern Oregon to Washington where he will hike south through Washington and Oregon to avoid wildfire smoke.

Kollar starts the next leg of his journey in Stevens Pass where he now is hiking south through Washington.

Kollar took a bus from Medford, Oregon to Tacoma where he took a day to rest and then started hiking again.

Smoke from large wildfires throughout Oregon were wreaking havoc on Kollar eyes and left him with a perpetual cough.

The smoke from fires in northern California and southern Oregon billowed around the region, leaving a thick haze that I was forced to hike through. Weather reports deemed the air quality to be the worst in the nation and it was recommended that people stay indoors which caused me to alter my Pacific Crest Trail journey.

After a much needed day off spent in a cool and dark hotel room in the town of Mount Shasta, I returned to the trail with my sights set on Oregon. It felt so close. It was just a touch over 200 miles and about eight more days of hiking until I reached my first state line. There were only two town stops left before I reached the Oregon border and I couldn’t wait to get there.

My hiking buddy, Whirlpool, who I had hiked with for about 700 miles decided to hang back for a few hours in town to grab desert at Black Bear Diner while I decided to hike out and get 10 or so miles in before dark. He hikes faster than I do and I was sure I would see him before we reached the town of Etna 100 miles ahead.

Miles and miles went by without seeing Whirlpool and much of anyone else. I’m speculating many hikers jumped from Etna to Ashland or further north due to the intense smoke of several nearby fires. I was set on hiking through the smoke to make it to Ashland just for the gratification of hiking the entire state of California but as I was hiking I couldn’t help but think of all of the long-term health effects from breathing in smoke all day and night.

After two full days of hiking, I made it to the little town of Etna where I received a text from Whirlpool that decided to get off trail.

I was bummed about Whirlpool leaving trail One more town until Oregon, “I can do this,” I told myself as I devoured a roast beef sandwich at Paystreak Brewery. “Just a few more days until I’m out of California.”

I had already been on trail for 80 days, what was another couple of days in the big scheme of things?

It turns out you can think of a lot of different ways to try and avoid the smoke in that time. From Etna, I climbed up and out of the smoke for about a day’s worth of hiking before I began the descent into Seiad Valley, otherwise known as the 51st state of Jefferson. From there the smoke became unbearable. My eyes were bloodshot and I had an uncontrollable cough but Oregon was less than 100 miles away and there was no way I was going to stop there.

Coming into the Seiad Valley, I think every hiker was a bit surprised by the seven mile road walk from the trail head through the town of Seiad. I looked at the map and thought it was great that the trail went through a town — I was unaware the “trail” was actually a road. An Australian hiker summed it up when he threw his pack down as he said “what the hell was that about?” before we all complained in a pity circle about how the road hurt our feet. No, we’re not wimps, trail running shoes are not meant for long-distance pavement walking.

Despite the foot pain caused by the road and the smoke, I was under 70 miles to Oregon. Two full days and I would be there.

Paradise, my hiking buddy throughout the desert, ended up ahead of me somewhere between Shasta and Etna, though I didn’t see him pass, he ended up about a half-day ahead but we planned to reunite in Ashland. Anticipation built from Seiad, especially knowing that I’d see one of my best friends within a couple of days.

We ended up splitting a hotel room for two nights and each of us created our own plans to avoid smoke inhalation. Paradise decided to bypass 100 miles of trail to skip the smoke and hike north from Crater Lake while I decided to uproot my entire northbound hike and do a modified flip flop.

My plan: take a Greyhound to Tacoma and from there get a ride to Stevens Pass, 188 miles from Canada. From Stevens, I’ll be hiking south, back to Ashland with the hope that smoke will have dissipated by the time I get there in about 30 days. When I get back down to Ashland, I’ll catch another bus back to Tacoma and get another ride to Stevens Pass to hike 188 miles into Canada to finish hiking the entire PCT in one season.

The decision to flip flop was tough. I had to say goodbye to Paradise again and two more friends, Kati and Corey, who I’d hiked on and off with for about 300 miles. The second con was that I’d be hiking all alone as the majority of PCT hikers hike north and the few southbounders left over a month ago. Now I’m not only hiking solo but alone for now.

Walking along Stevens Pass felt good. I felt home and comfortable but within two days Washington greeted me with heavy rain. Dark clouds began to move in as I reached the halfway point between Stevens and Snoqualmie and a refreshing, light rain came just a few minutes later. The rain only lasted a few minutes, just long enough to leave that signature Pacific Northwest smell to be enjoyed the rest of the afternoon.

Nearly two miles from where I planned to camp the rain came back in full force. It was a torrential downpour and I still had about 40 minutes before the nearest designated tent site.

Soaked and becoming cold, I decided I needed to get my tent set up immediately despite being in an area with nothing but switchbacks. There was a nearby boulder, covered in moss that was somewhat flat and I figured I could fit most of my tent on the surface which I thought would allow my tent to pitch enough to keep the rain off.

The area was a little too small and my pitch was not enough to keep the floor high enough to keep the rainwater from making a river through the middle of my tent. I decided that it was okay to have a wet floor as long as my down sleeping bag didn’t get wet. I blew up my mattress pad that would keep me two inches above the water and layer my sleeping bag on top but I didn’t dare let the bag touch the water. From there I stripped off my wet clothing and carefully climbed into my sleeping bag. At last, I was dry and warming up.

Considering the circumstances, I slept relatively well and stayed dry throughout the night’s rainstorm although everything got soaked when I stuffed everything back into my backpack. It was only 17 miles until I reached Snoqualmie Pass where I had a few close friends and family members meet me for beers at Dru Bru.

It felt great to see everyone after spending months away and especially good after three days of almost zero human contact. There is rumored to be a couple southbounders just two days ahead of me and I hope to catch up with them considering the last three days have been somewhat lonely.

I rolled the dice with a flip flop, but I had to listen to my gut feeling. It could be a brilliant decision or a huge mistake, but the only way to find out is to hike it.

Andrew began his thru hike of the Pacific Crest Trail from Mexico to Canada on May 14. Along his hike, he is raising money and awareness for MS along with publishing frequent updates from the trail in the Nisqually Valley News and on his Adventurously Andrew Facebook page. If you would like to donate, visit http://main.nationalmssociety.org/goto/adventureswithandrew