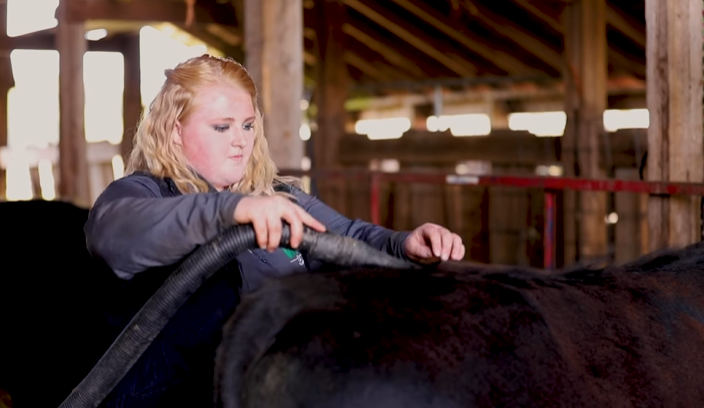 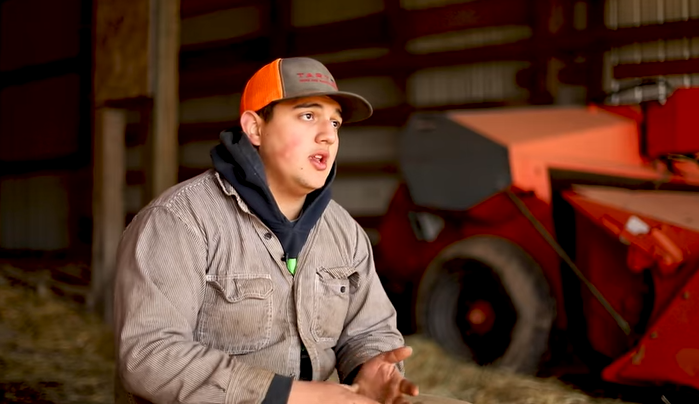 In a video produced for the 90th Washington FFA Convention, Yelm's John Paul Scotto discusses work on his family's custom hay business and how he purchased partial ownership of the business with money he earned while working on his state FFA degree.

Yelm advisor Matt Mounts said Griffin and Scotto’s accomplishments mark the second and third time the program has ever had state Star Farm winners since 1944.

For Griffin, who last year was named Washington State Angus Queen, work on her market project began her freshman year when she began raising cattle, she said in a recent interview with the Washington State FFA program.

Her family now has more than 30 head of registered shorthorn and cattle.

Since she first began raising cattle, she’s been able to grow into the business with her family, she said.

“My dad and my uncle, they started from a lot of nothing and we all kind of worked our way up together,” she said. “I love that it’s a family business and we’re able to go to Easter and barbecues and we’re all just talking about what our herds are doing and how our programs are working for ourselves.”

Scotto has worked countless hours in his family’s business, Scotto Custom Harvesting, and received his state degree this year after working more than 2,000 hours and producing more than 2,300 tons of hay, according to Yelm FFA.

He’s since earned more than $67,000 over the four years he’s worked with his family on his project and has since invested those funds to purchase partial ownership of his family’s business.

Scotto said most of their business involves working on contracting work with the state, which can get very competitive.

“The key to success is to keep going, never stop and fulfill your dreams,” Scotto said.

Full interviews with these two individuals can be found at the Washington FFA’s Facebook page.