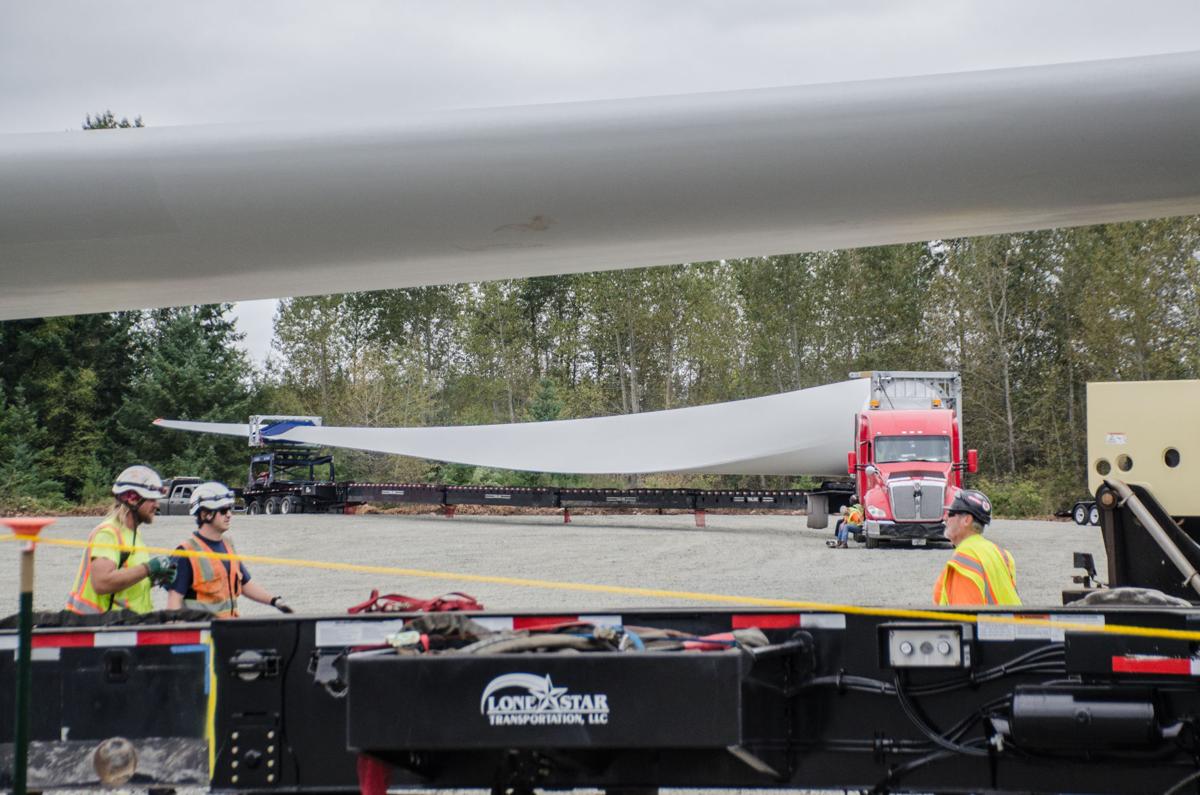 Wind turbine blades, roughly 220-feet in length, were shipped in last month to the laydown yard just south of Rainier. Thirty-eight wind turbines will be installed on about 22,000 acres in south Thurston County and northern Lewis County. 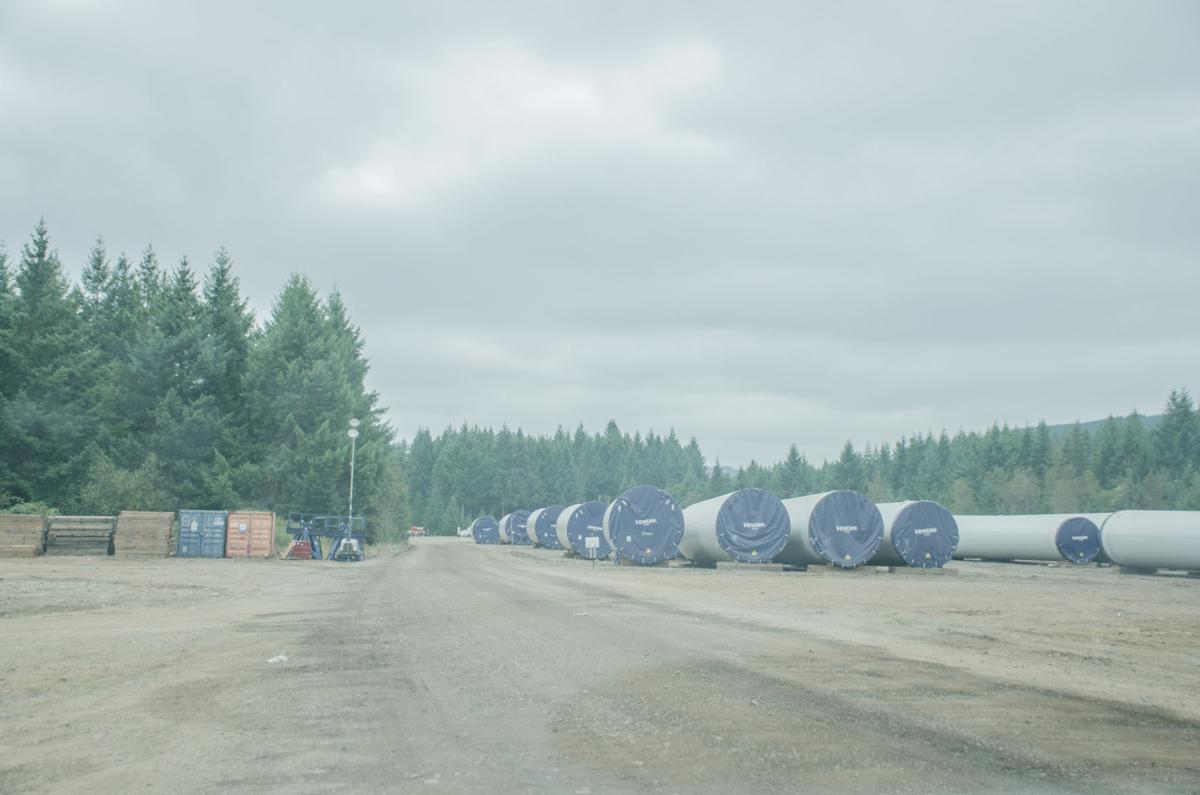 Large portions of wind turbine sit organized at the lay down yard off Vail Loop Road.

Clad in orange vests and hard hats, contractors begin the process of preparing the 220-foot blades for an eventual ascent up the Skookumchuck Ridge, which towers over land near the Thurton and Lewis county border.

That was the scene of the site Wednesday morning as Renewable Energy Systems-Americas (RES-Americas) and other contractors began work on the construction phase of a 38-turbine wind project on Skookumchuck Ridge slated to be operational this December.

Officials say they’re finished clearing land for the project and will continue shipping more than 300 large turbine sections to their laydown yard off Vail Loop Road Southeast until mid-October.

“Work is well underway,” said Joel Leineke, executive vice president of construction for RES-Americas. “We started clearing trees on the ridgetop back in July, early June, and that work has finished. We’ve started pouring our first foundation … The roads are being built up to the project.”

Once completed, the 137-megawatt wind project will provide enough electricity to power approximately 48,000 homes. The project is located on about 22,000 acres in southern Thurston County and northern Lewis County.

Leineke said the project is still on track to produce power by December. About 10 or so employees will maintain the nearly 500-foot tall wind turbines once the installation is finished.

The rush to finish the project stems partially because of inclement weather conditions brought on by winter, but mostly because RES-Americas is contracted with Puget Sound Energy to start producing power by the end of the year.

A number of intersections around the area have also been retrofitted to accommodate the large trucks that frequently deliver oversized-loads carrying sections of turbine. At the intersection of Vail Cut Off Road and Vail Loop Road, for example, trees have been cut and a large pile of gravel extends the intersection for an additional 30 feet of turning radius.

Many residents have noticed the increase in large trucks and increase in activity, including Carl Sindlinger, 68, and Connie Smith, 74, who have lived in the area for nearly 28 years.

Sindlinger said many of his neighbors and people he’s spoken with are pretty indifferent toward the project; however, he’s thankful for the increase in spending in the area.

“There’s a lot of people that don’t like (wind turbines) because they say they’re an eyesore or whatever. But it’s bringing a lot of money into this community,” Sindlinger said.

Leineke said the economic stimulation in the area will likely be the most impactful part of this project.

“It’s in the tens of millions of dollars. There’s a lot of work that’s being spent in the local region,” he said. “The bulk of it, beneficially, is going to be the construction dollars.”

And while Washington license plates are few and far between at the laydown yard off Vail Loop, Leineke said 15 local contractors are currently working on the project. An estimated 300 total workers are expected to work on the project.

Back in June, RES-Americas came under pressure from organized labor union advocates for concerns it was not hiring enough local construction workers. Officials with the company said they are committed to hiring local whenever possible.

Most permits for the project have been cleared, Leineke said.

The Skookumchuck wind project will also help Washington state with its mandate to reach 100 percent clean energy by 2045, according to the project’s website.

Still, things are changing, especially for Sindlinger and Smith, who live out on a quiet 3-acre plot near the Deschutes River.

Sitting in their backyard next to an work-in-progress fire pit, birds chirp over the hums and revs of a distant chainsaw.

“You hear the lawn mowers, sometimes you’ll hear the chainsaws in the background. But, mostly, it’s quiet,” Sindlinger said.