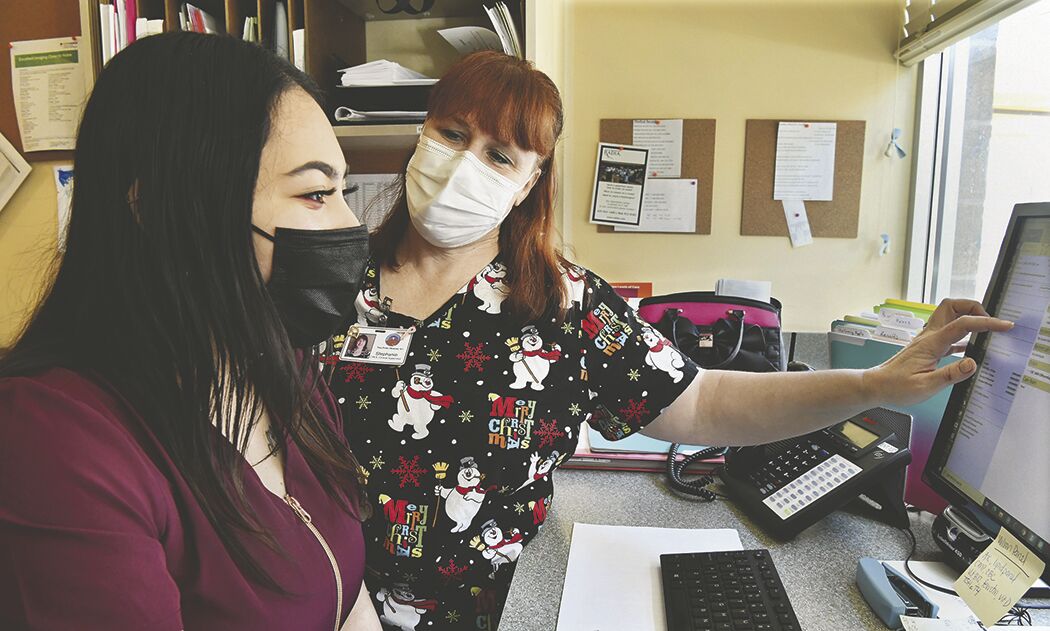 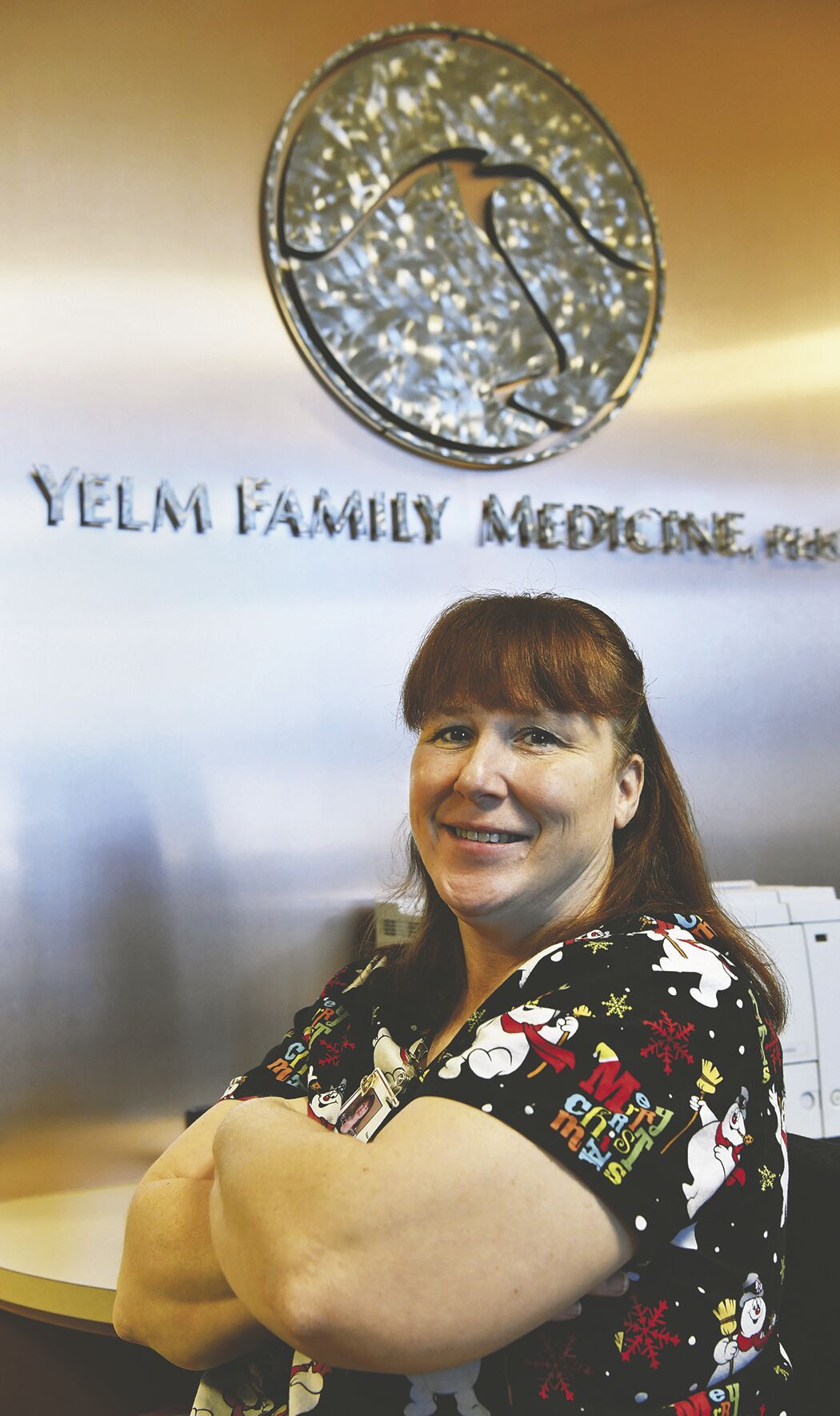 For several months beginning April 2, 1991, smoke and steam billowed from the temperamental volcano’s peak a mere 9 miles from Clark Air Base on Luzon Island in the Philippines.

That’s where 13-year-old Stephanie Tucksen happened to be stationed with her mother Debby Tunning and stepfather John Tunning, an Air Force tech sergeant.

As scientists from the U.S. Geological Survey (USGS) monitored the increasingly agitated Pinatubo over the next weeks, Clark Air Base senior officials decided to evacuate 15,000 of Clark’s nonessential personnel and dependents to Naval Base Subic Bay about 25 miles away. Tucksen’s family was among them.

According to the USGS website, Pinatubo first erupted on June 12, 1991, and over the next several days would spew more ash until June 15 when it finally blew its top.

The ash cloud rose 28 miles into the air, the USGS ascertained: “Huge avalanches of searing hot ash, gas and pumice fragments roared down the flanks of Pinatubo, filling once-deep valleys with fresh volcanic deposits as much as 660 feet thick,” the USGS reported.

More than 840 people died as a result of the explosion, that according to the Air Mobility Command Museum at Dover Air Force Base in Delaware, was seven times more powerful than the eruption of Mount Saint Helens in 1980.

But despite the volcano’s catastrophic damage, Tucksen doesn’t remember being particularly frightened, though her immediate future was mired in ash.

“My parents may have been terrified, but the kids weren’t really scared,” she said. “We just didn’t know what we would do next.”

As it turned out, an aircraft carrier carted the family to Guam and from there they eventually returned to Washington where the Air Force had stationed Tucksen’s stepfather.

That’s where Tucksen would eventually begin a decidedly quieter existence in Roy, where she lived from 1996 to 2006, and again from 2011 until just recently when she and her husband James, 43 — a general contractor — moved to Rainier.

Tucksen, 42, whose biological father was a Marine, was born on a Marine base in Honolulu, Hawaii, and lived in a variety of places as she grew up, including Riverside, California, and four years in the Philippines.

A 1996 graduate of Yelm High School, Tucksen has one daughter, Mickayla Jarvis, 23, and two grandchildren — a boy and a girl. It was back in 1996, though — just barely after she’d turned the tassel on her graduation cap — that Tucksen suddenly transitioned from high school to adulthood.

That’s when she and James decided to get hitched — the same week she graduated from YHS — a fact that didn’t sit too well with her parents.

“My parents were concerned we weren’t going to last right out of high school, but we’ve been married for 24 years, so it’s worked out fine,” she said.

From 1996 to 2002, Tucksen embarked on a path that would help define her professional career. During this time she performed home-based health care for Catholic Community Services, helping clients complete daily tasks and fulfilling their health care needs by taking them to doctors’ appointments and ensuring they had prescribed medications.

Then in 2002, Tucksen took the next step in her medical journey: That year she spent at Eaton Technical Institute in Federal Way, graduating as a certified medical assistant. Then after completing an Eaton-required two-month training externship Yelm Family Medicine hired Tucksen as a “float.”

“The floats help the doctors’ flow by preparing patients for their visit by taking their vitals and any pre-testing that’s needed,” Tucksen explained. “This helps the patients’ visits be more productive before the doctor comes in.”

Tucksen would work at YFM from 2002 to 2006 before she and her family moved back to Oklahoma for five years to be nearer her mother and stepfather.

Upon their return to Roy in 2011, YFM welcomed Tucksen back with open arms.

“I pretty much just had my job when I came back and stepped back into the role I had when I left,” she said.

Though she still floated at the time — and even fills in these days as a floater, too — she mainly functioned as a “prime,” helping specific YFM providers by completing paperwork and making phone calls.

Tucksen continued in that role until April 2016 when YFM promoted her to clinical supervisor.

“I was told it was nice for me to be the supervisor, because I already knew all the providers and had a good working relationship with them,” she recalled.

As clinical supervisor, Tucksen seems to be Yelm Family Medicine’s jack of all trades. One minute she’s here, the next minute there, and in-between she might actually be in her office.

And through it all, she manages to stay calm and collected, said her supervisor Brenda Longmire, YFM clinic manager.

“Stephanie is a very positive and non-judgmental person, and it is difficult at best to get her rattled,” Longmire wrote via email. “She works hard to stay current on the latest regulations and trends. She does a great job explaining why changes need to be made and implementing these with the added challenge of having limited resources compared to larger medical practices.”

“I do everything for this clinic,” Tucksen said simply, emphasizing the variety of her duties, which during the last week of December included wielding the Moderna vaccine to inoculate 30 of her workmates and others against COVID-19. “The clinical management of the office — ordering supplies, filling in for people, and fixing things that need fixing — has been the easier part. Managing 17 employees has been the harder part to learn.”

Tucksen does her best to ensure her charges do their jobs but don’t burn out.

“It’s 17 different personalities and schedules and family obligations,” she said. “We try to schedule people so they have family lives and are not just working all the time. I can make a schedule for the month and change it five times before the month is over.”

Tucksen’s former colleague, Emily Hopper, who worked at YFM from 2012 to 2017 and still lives in Yelm, recalls Tucksen’s patience and innovation — traits that come in handy when you’re revamping schedules.

“Stephanie is a great listener and problem solver,” Hopper said. “You can go to her with any questions, concerns, improvements, etc., and she will work with you to find a solution. She is a great communicator and can effectively relay needs between management, providers, staff and patients. She is incredibly dependable and always willing to help.”

Vanessa Fields, 21, who works for Tucksen as a certified medical assistant, lauds her supervisor’s unselfish approach to managing.

“Stephanie is a team player and always strives to keep the clinic in good hands and make time for the staff,” Fields wrote by email. “Some other traits she has are confidence, empathy and support, and the ability to delegate, which all make her a valuable person to know.”

Those innate qualities may have helped fuel Tucksen’s early-teen fascination with health care — her inspiration coming entirely from within.

“I’ve always wanted to work in health care ever since I was little,” she said. “I just thought it was interesting, and I did all of my high school class reports on medical subjects.”

And though she’s often pulled in a million different directions at once, her job’s rewards are many.

“The most rewarding part is that you’re making a difference in someone’s life,” she said.

“Patients learn our names and look for us in the clinic. They remember you and what you did for them.”

And in our sequestered COVID-19 world, a little camaraderie goes a long way. That’s especially true for Tucksen, who avoids outside interactions with people but embraces her contacts at work.

“COVID-19 hasn’t affected me too much, because I’m not a huge social-visit person,” she said. “And I have an outlet at work to see people. People at home alone with no outlets can feel trapped.”

“Doing that kind of research makes COVID less scary to me when I see the low percentage of people that have severe reactions,” she said. “My only real concern with COVID is I wouldn’t want to get my grandkids sick, because I don’t know what it would do to them.”

She does know, however, what the pandemic’s done to her leisurely activities — such as camping, driving 4-wheelers, hiking and kayaking.

“We like doing pretty much anything we can do outdoors, but they’ve shut a lot down, so it’s hard to go many places these days,” she said.

But pandemic or not, Tucksen sees a pretty clear future for herself. And it’s at Yelm Family Medicine.

“I enjoy all the doctors I work with, and the area feels like home,” she said. “I don’t see myself wanting to travel far away when I have a good job here at the clinic.”

And that disinclination to wander includes the Philippines, no doubt, where Mount Pinatubo now rests peacefully, its crater filled with a gorgeous, but toxic, blue-green lake.