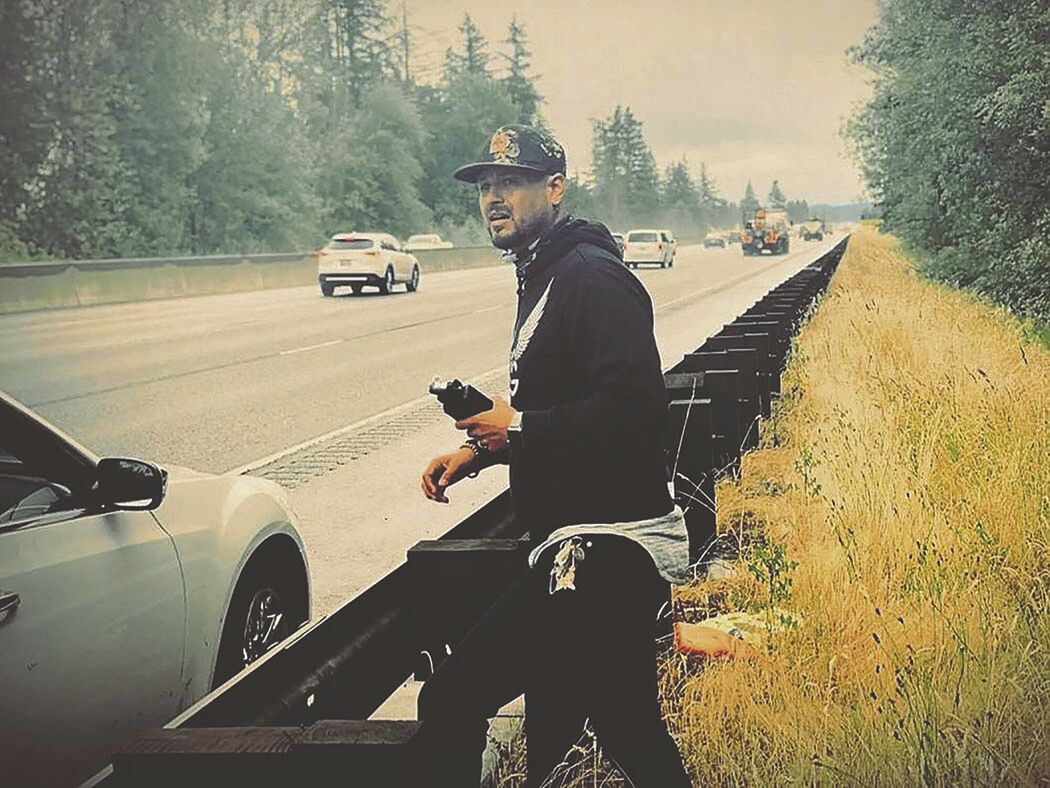 Hide and Seek host James Baysinger scopes out the location on Interstate 5 where Logan Schiendelman’s car was found. 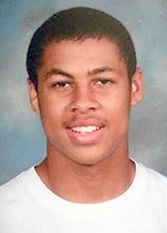 This photograph of Logan Schiendelman was released by the Thurston County Sheriff’s Office after he was declared missing in 2016.

The true-crime podcast “Hide and Seek,” which caught traction in 2019 for its investigation into a decade-old Tenino cold case, is returning to the Thurston County area for season two to tackle another case that has hit a dead end with law enforcement.

The podcast’s host, James Baysinger, is an insurance agent from Richland by day and a true crime podcaster and investigator by night.

“With true crime in general, I have always been very intrigued and interested, especially with unsolved mysteries and disappearances,” Baysinger said about how he got into podcasting. “My family and I watch a lot of the old school tele-mysteries and Dateline to this day.”

In season one of “Hide and Seek,” Baysinger investigates the decade-old missing person cold case of Nancy Moyer, a Department of Ecology employee and Tenino resident who abruptly went missing in 2009.

Moyer was never found and is presumed dead. Thurston County Sheriff’s Office detectives had hit a dead end in the case years ago.

And while just an amateur investigator, listeners will quickly realize that Baysinger is no joke.

Through Baysinger’ interviews with various locals, the lead detective with the Thurston County Sheriff’s Office and eventually Eric L. Roberts, who confessed to the murder of Moyer then later rescinded his confession on Baysinger’s podcast, listeners are immersed in his “boots on the ground” approach to the investigation of Moyer’s suspected death.

Though no one was brought to justice for Moyer’s disappearance, “Hide and Seek” received high praise for rekindling the cold case, and some suspect Roberts’ initial confession was spurred on by the attention the podcast brought to the case.

The podcast holds a four-and-a-half star rating on Apple Podcasts and has been rated by more than 1,100 individuals.

Now, Baysinger is back in Thurston County for season two focusing on a new cold case: The 2016 disappearance of 19-year-old Tumwater resident Logan Schiendelman.

The new season does not have a release date yet, though Baysinger said he wants to establish a December release for episode one in the near future.

Baysinger is currently investigating the case and likes to start the season while he is still investigating so listeners feel like they are right there with him.

Schiendelman was a prominent athlete while at Tumwater High School. After attending Washington State University for one year, he returned to the Tumwater area where he lived with his grandmother.

On May 20, 2016, Schiendelman’s 1996 Chrysler Sebring was found on the side of Interstate 5 near Rochester with his wallet and cellphone still in the car. Schiendelman has not been seen since and is presumed dead.

Schiendelman’s case has received attention in the past, garnering an episode from Discovery Channel’s “Disappeared” as well as having its own Wikipedia page. Other forums such as Reddit contain threads of individuals still discussing theories about the case.

And there are some added advantages for Baysinger choosing this particular case, such as the relationship he has already built with the Thurston County Sheriff’s Office from season one.

“They are similar in the sense that they just disappeared,” Baysinger said about how season two will stack up with season one, “but very different when it comes to looking at the profiles of their lives … one’s 19, one’s 36, one has been married, one is just starting his life.”

The case has the right combination of newness but also familiarity that it makes it ideal for season two, Baysinger said.

But there are also new challenges in season two that Baysinger is confronted with, the coronavirus being the most glaring.

Being someone who characterizes himself as a “boots on the ground” kind of investigator,

“It’s not as easy to be able to go knock on doors … or to meet with individuals in person,” Baysinger said. “It’s easier for someone to flake out or to say ‘I’m busy, something came up.’”

Despite facing new challenges that weren’t presented in season one, Baysinger is confident the production will not lag in quality as a result.

“I’m not doing this for show, I am sincerely here to find out what happened,” Baysinger said.