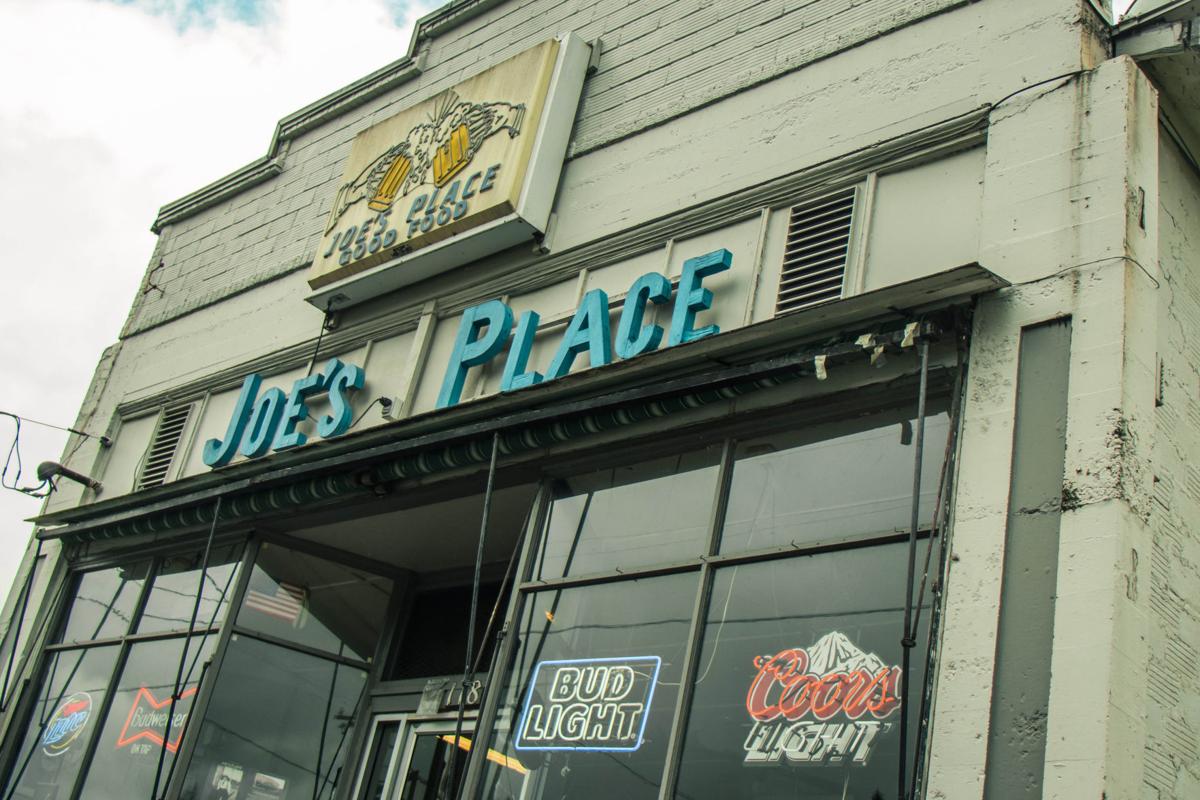 Joe’s Place is located at 118 S. Main Street in Bucoda. 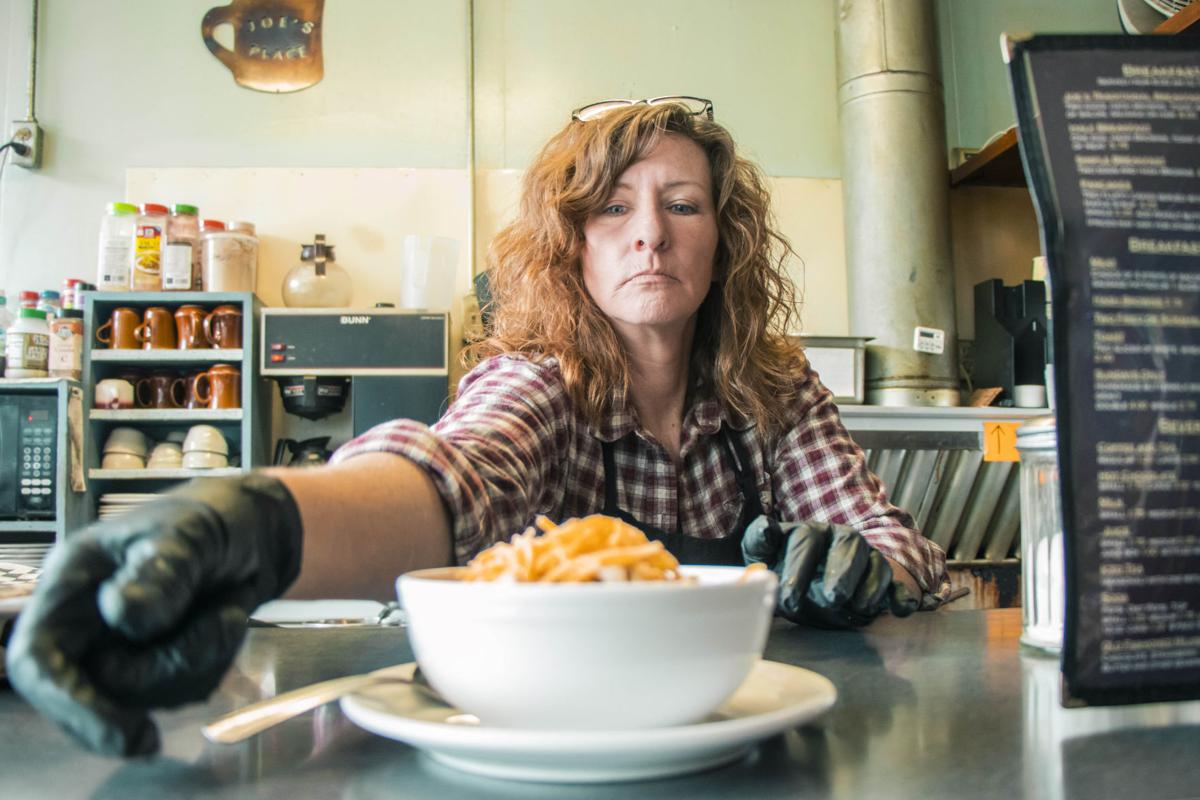 Manager Krissy Butterworth serves up a bowl of chilli Wednesday afternoon at Joe’s Place in Bucoda. 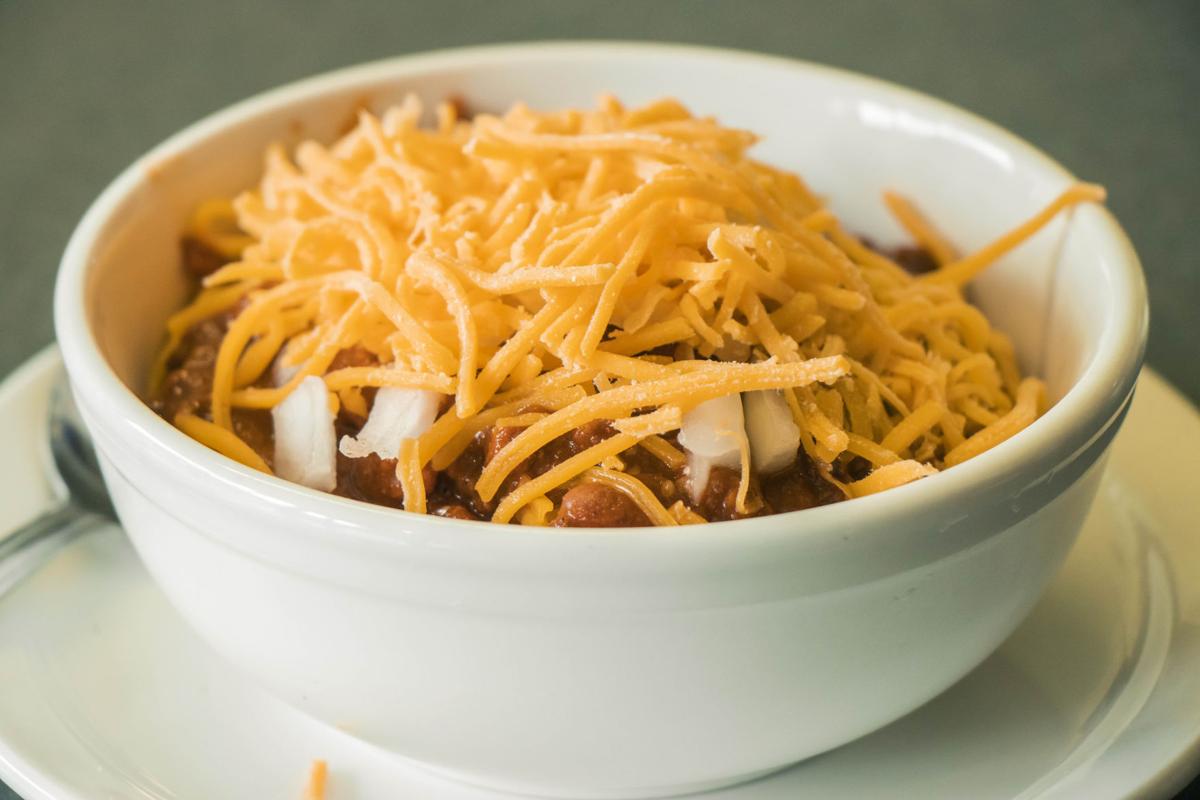 A bowl of chilli is served Wednesday afternoon at Joe’s Place in Bucoda. 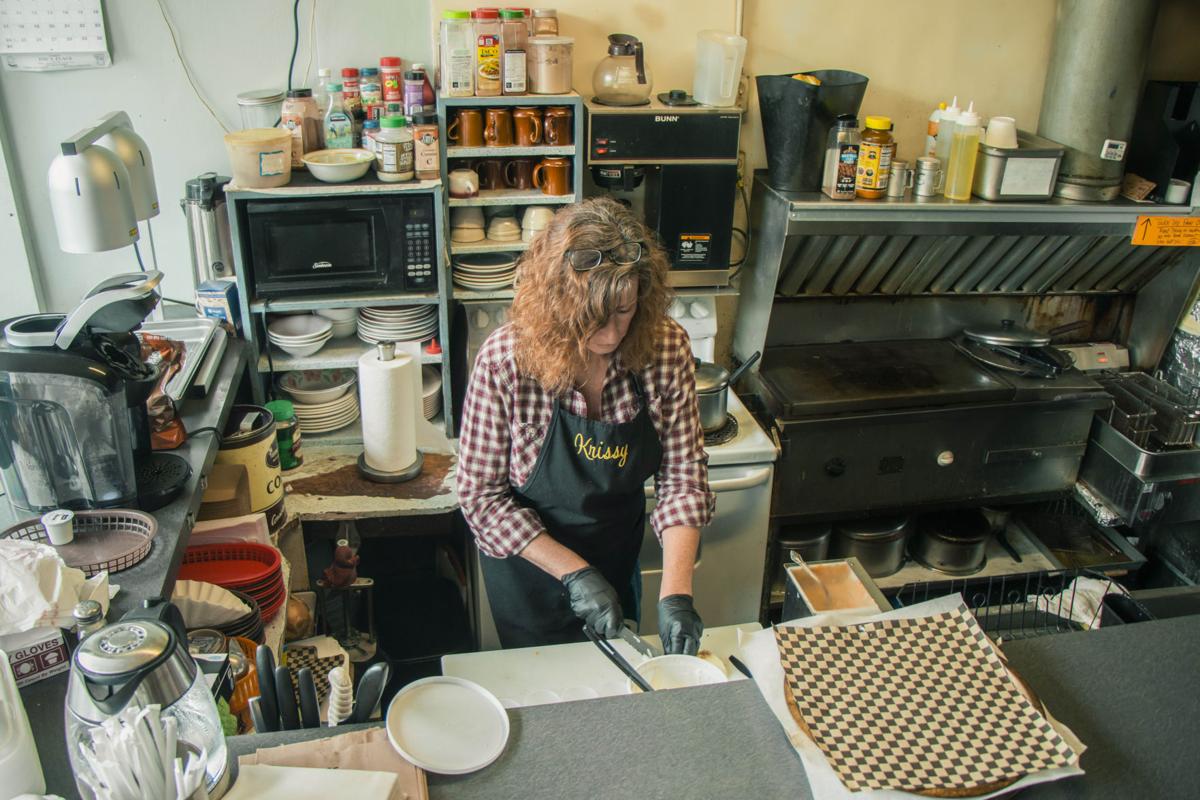 Manager Krissy Butterworth prepares onions for a bowl of chilli in the kitchen area of Joe’s Place Wednesday afternoon in Bucoda.

BUCODA — Longtime Bucoda tavern and restaurant Joe’s Place has seen it all: The Great Depression, the 2008 recession, the dot-com bubble and now the COVID-19 pandemic.

Joe’s Place was established before the town of Bucoda even became incorporated, and is thought to be one of the oldest continuously family-owned businesses in Thurston County, manager Kristin Butterworth said. It originally started as The Bucoda Tavern in 1898 by Joe “Pa” Farrington on Main Street and has been in the family ever since.

“It’s the only one we know of that’s been owned by the same family the entire time,” Butterworth said.

Bucoda was known as a town with a “million dollar payroll” as it was located on the path of the first Northern Pacific transcontinental railroad and was a bustling logging town. The Bucoda Tavern soon became a local favorite.

A fight broke out on the floor in 1937 and Farrington was known for slamming his hand on the bar counter to get people’s attention. This particular instance he slammed his hand and suffered a heart attack. The customers stopped fighting, picked Farrington up and placed him on a couch that sat behind the bar, where Farrington passed away. He was 73 years old.

The family renamed it Joe’s Place in his honor, a name locals had been using for years at that point.

Joe’s grandson, Edwin Bowen, and other family members, ran the bar for many years after Farrington passed away. Bowen’s daughter, Ruth Wall, started working at the restaurant when she was 19, when there was no alcohol served at the time, and worked there until she was 82 years old.

Butterworth, who has worked at Joe’s Place for 13 years, has been the manager since 2015.

“Rich and Lily have never worked here and I’ve worked here so long they just said, ‘You’re it,’” Butterworth said.

Not much has changed over the years other than the name and the actual building itself. The original building burnt during a fire in 1919 that devastated many of the wooden structures on Main Street. Bucoda soon made an ordinance that all buildings on Main Street had to be built with brick.

Joe’s Place faced significant struggles when the COVID-19 pandemic hit in March. The restaurant/bar had to switch to to-go orders only, could no longer sell spirits and beer and it wasn’t cost effective.

“We sold a lot of food but it wasn’t enough to cover wages and cost of goods,” Butterworth said. “It was awful.”

Butterworth kept the employees with regular hours so they could receive a full paycheck and survive during that first week that dining rooms were closed by the state. Even when the Washington State Liquor and Cannabis Board allowed alcohol to-go, it barely made a dent in revenue for Joe’s Place

Joe’s Place wasn’t quite ready to open its dining room when Thurston County was approved to move into phase two of the state’s ‘Safe Start’ reopening plan on May 27. So the business had to place customers in the outside beer garden until June 4, when it finally opened its doors to customers.

“We were very, very busy,” Butterworth said. “We missed seeing all of the customers and each other. It was quite nice.”

Business is still not back to what it was before, but things are looking brighter, Butterworth said. The dining room is now open at 75 percent capacity now that the county is in phase three. Customers are again enjoying alcohol and the restaurant’s trademark hand-cut curly and regular fries, along with an assortment of affordable burgers. Bacon cheeseburgers can be had for just $6.25. The famous Bubba Burger, which includes three quarter-pound patties, Swiss and American cheeses, bacon, jalapenos, onion rings and plenty of other goodies, goes for $14.75.

“We have the best burgers anywhere,” Butterworth said.