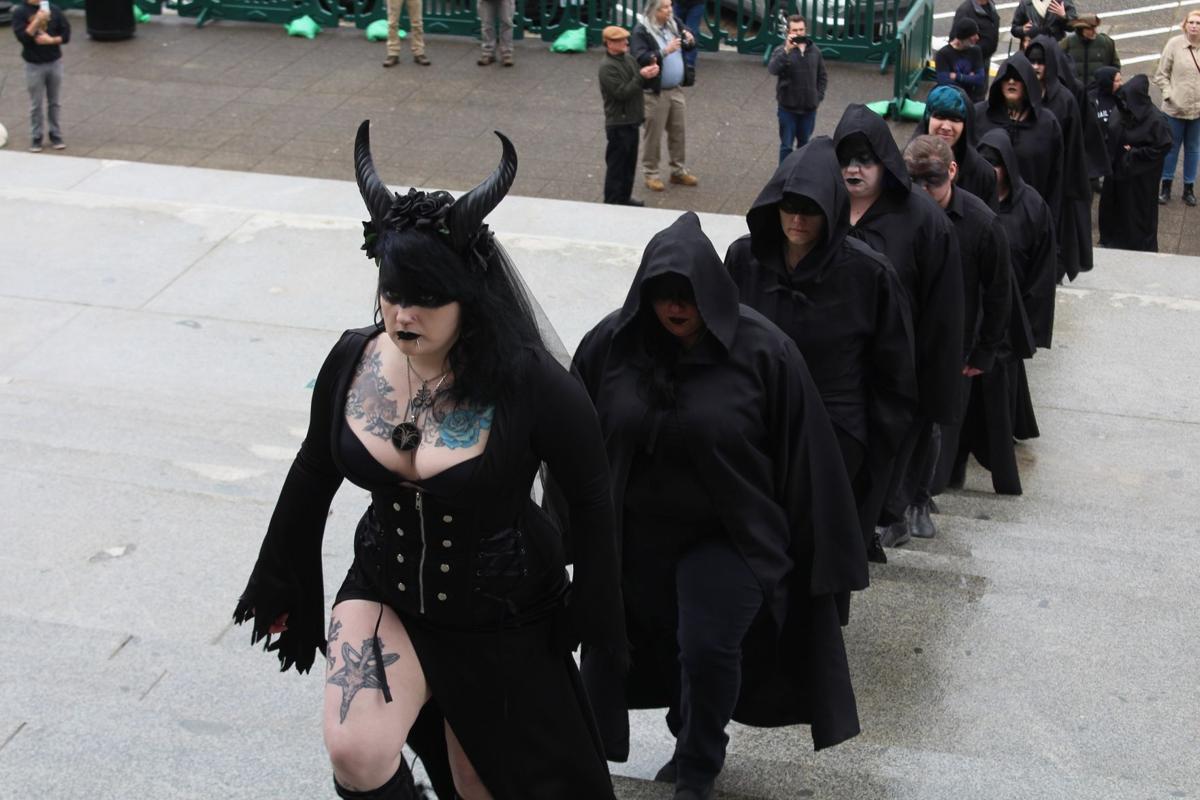 Angel, who goes by one name and is the ritual guild leader for the Satanic Temple of Washington State, leads the procession up the capitol steps as part of their ritual. 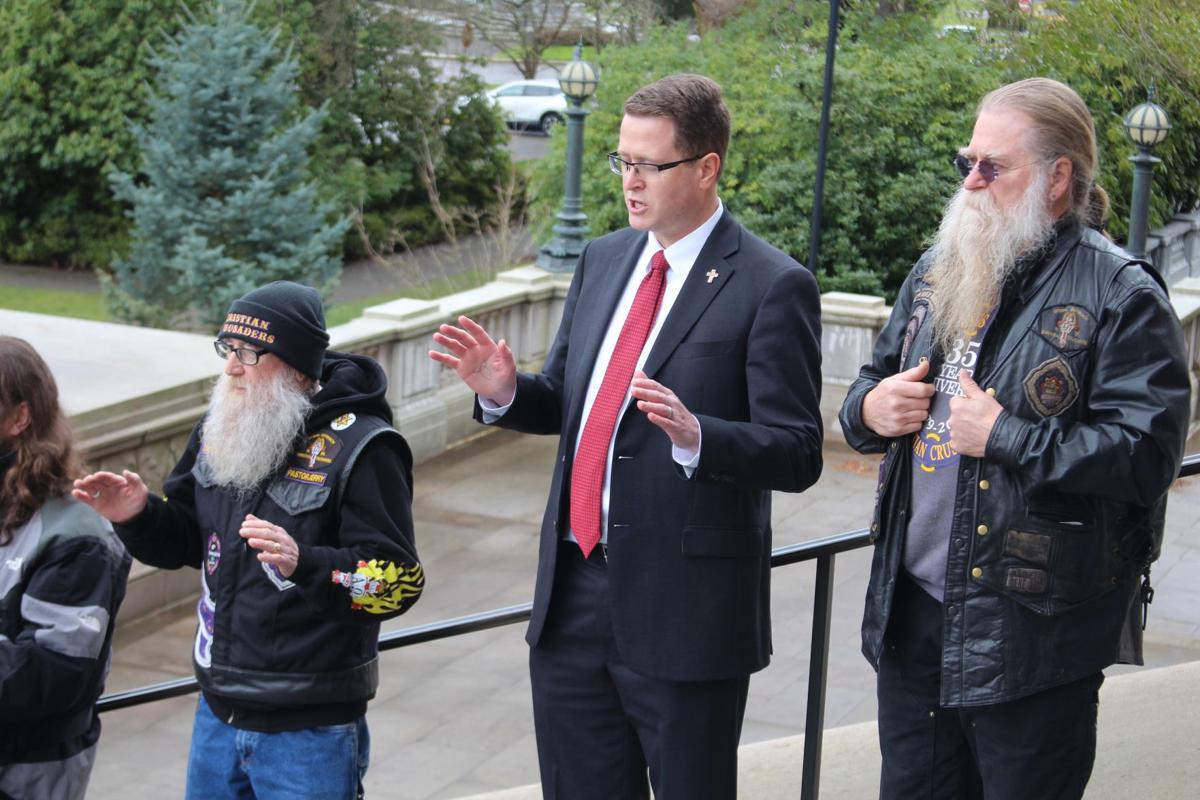 Rep. Matt Shea, R-Spokane, prays with members of the Christian Crusaders motorcycle ministry as Satanists conduct their ritual on the capitol steps. 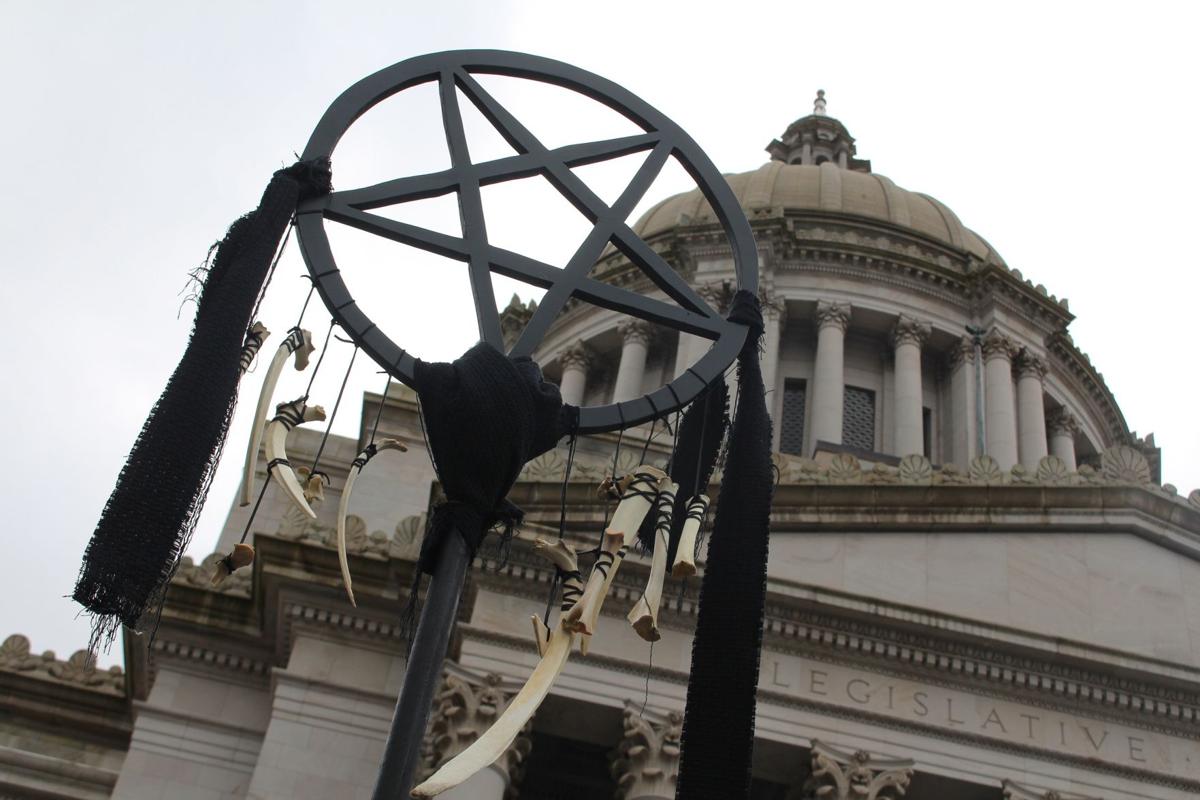 A satanic pentagram staff is held in front of the Legislative Building.- 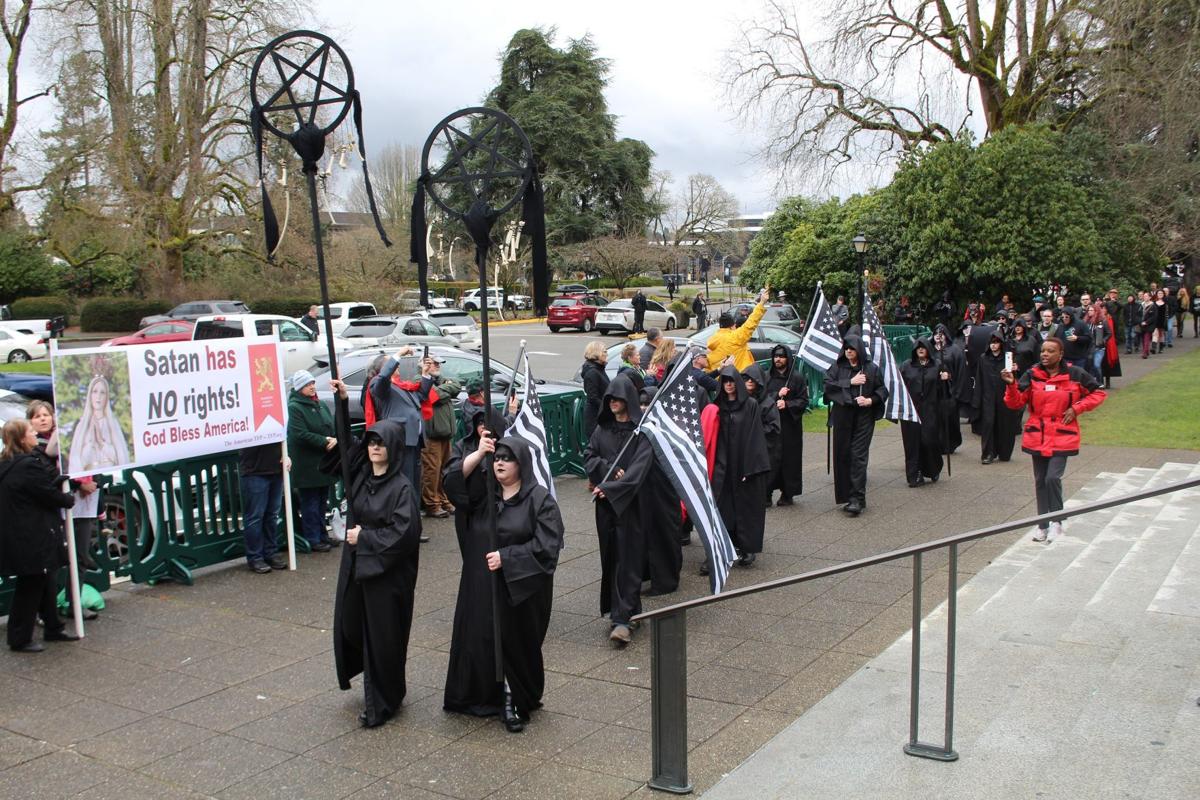 Satanic ritual marchers are met by Christian protest and prayer. 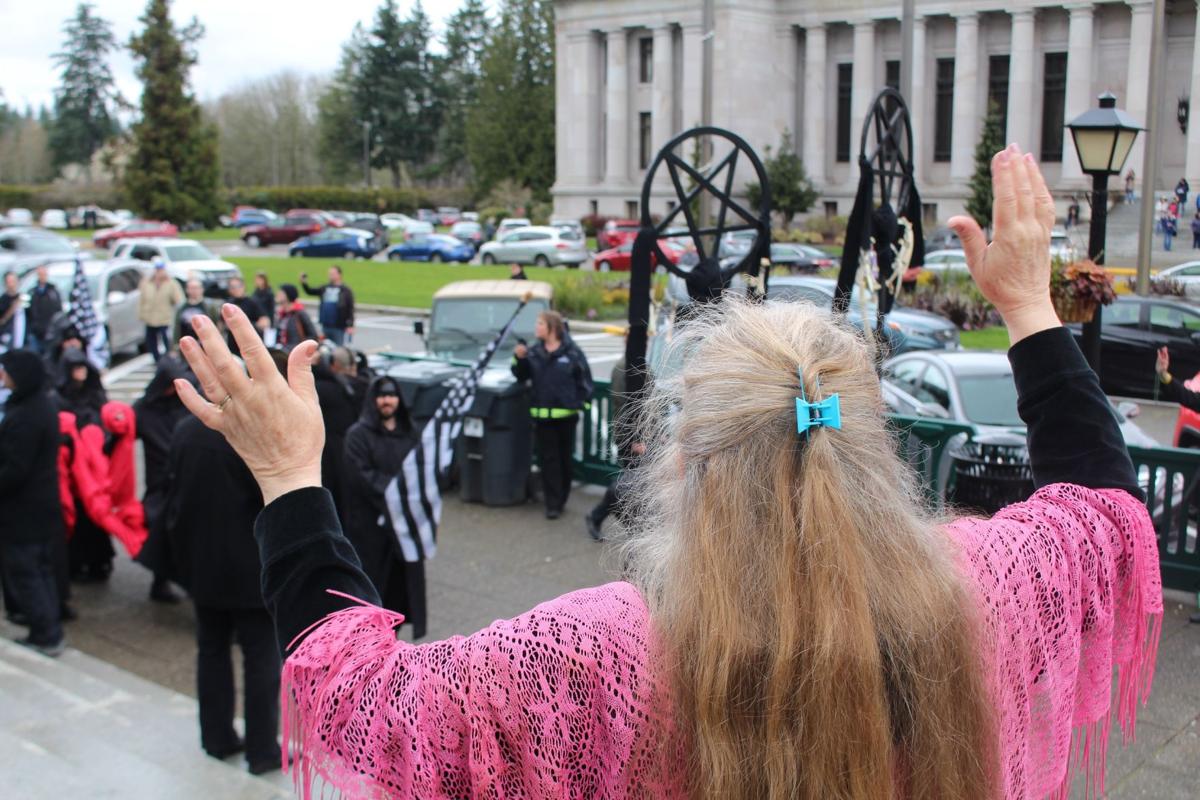 Lanette Joneson prays to Jesus as the Satanists march past her.

Congregants from the Seattle-based Satanic Temple of Washington drew a crowd of prayerful onlookers Friday as they hoisted their pentagram and conducted a satanic ritual at the state Capitol Friday, March 6.

Christian groups and followers caught wind of the Satanist celebrants and showed up to sing and pray in the name of Jesus.

Some younger Christians held a sign that read “Satan has no rights.”

Satanic Temple affiliates, such as Justin Harvey-John Ashby, said their event was about promoting religious plurality. He said he believes satanic beliefs have been misunderstood and viewed as “grossly perverse,” and that their primary values are empathy, reason, bodily autonomy and justice.