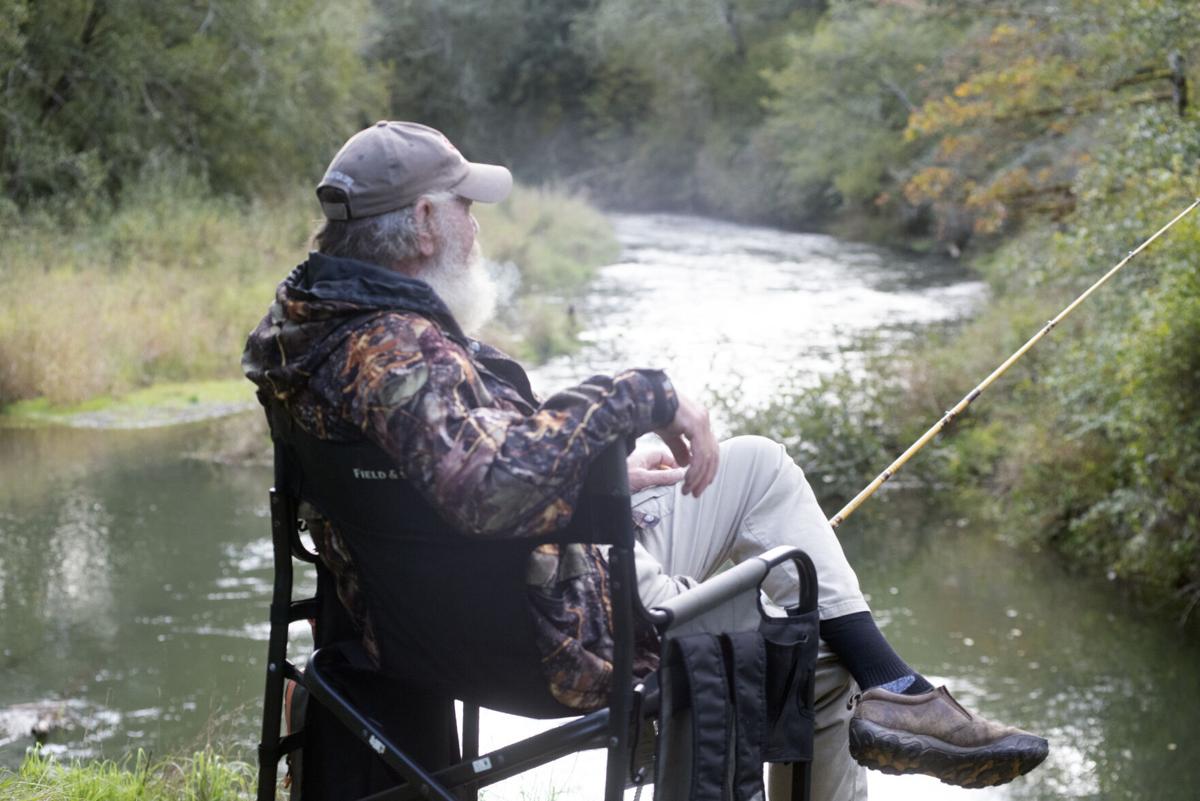 Mike Nelson of Tenino watches his pole while salmon fishing on the upper Skookumchuck River on Tuesday. 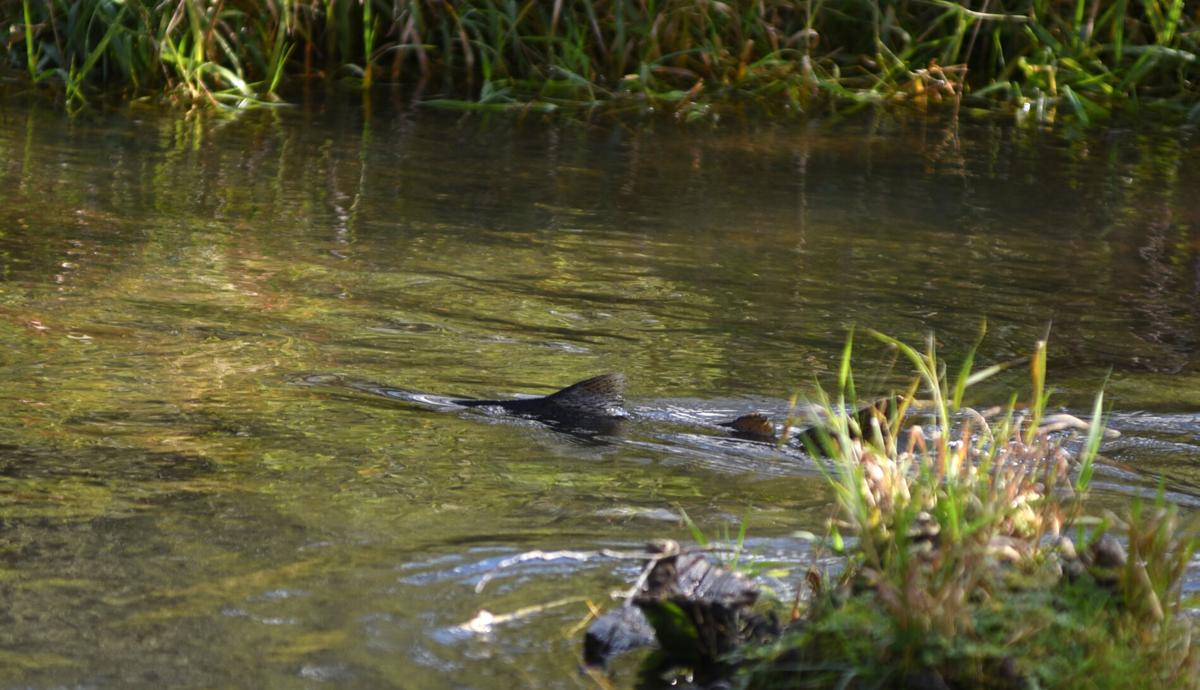 Mike Nelson of Tenino watches his pole while salmon fishing on the upper Skookumchuck River on Tuesday.

A grizzled fisherman wearing a camo jacket sits in a camping chair on a 10-foot bank overlooking the upper Skookumchuck River on a mild mid-October Tuesday.

Mike Nelson of Tenino has been fishing this river for decades. He has his yellow, old-school salmon pole sitting in a white PVC pipe strapped to a piece of rebar that’s jammed into the ground.  He’s using his homemade bright-red cured eggs with a pyramid sinker and letting the eggs roll around in a deep hole. He’s waiting for that tug that signals a bite.

James Dills, the Skookumchuck Hatchery manager, said the hatchery has trapped about 50 coho since Oct. 14 at the adult salmon trapping facility that consists of an attraction pool, a fish ladder, a weir and a fish trap.

Not only have coho reached the hatchery, but fishermen are already hauling some in further down the river.

“There’s coho in the river and the early run of Chinook are spawning in the river right now,” Dills said. “I can’t tell you how big the run is or anything like that, but I know people have caught some already. I know a guy who has caught two already.”

This is about the typical time for the early coho run to reach the river, Dills said. The hatchery begins its spawning operation about the end of October for early coho and it runs through Thanksgiving.

Back at the fishing hole on Tuesday, Nelson is not expecting to catch a silver, or really anything worth keeping. The hole he’s fishing in is a popular steelhead spot, but those won’t arrive until mid-December through April. For now, he’s just enjoying this surprisingly-sunny October day. He’s been fishing this hole for about three hours today and estimates there are around 20  spring Chinook milling about and trying to spawn, and if anything bites he expects it to be one of those.

The water is still a little low for coho right now anyways, Nelson said. Once a good rain comes in, coho from the mouth of the Skookumchuck where it branches off from the Chehalis will begin charging upriver. Waiting for that rain will be a fisherman’s best bet for hooking one, he said.

“Next high water they’d probably get one,” Nelson said.

The Skookumchuck is open from Oct. 16 to Dec. 31, from the mouth at the confluence of the Chehalis River to 100 feet below the outlet of the TransAlta WDFW steelhead rearing pond located at the base of Skookumchuck Dam CRC (333). Single-point barbless hooks are required. Minimum size is 12 inches. Daily limit of six. Up to one adult may be retained. Release all Chinook.

The Newaukum River also opened for salmon on Oct. 16 through Dec. 31, from the mouth to Leonard Road near Onalaska CRC (325). Single-point barbless hooks required. Minimum size 12 inches. Daily limit six. Up to one adult may be retained. Release all Chinook.

The south fork of the Chehalis River, which is the fork that runs through Lewis County, is closed for salmon this year due to projected low runs.