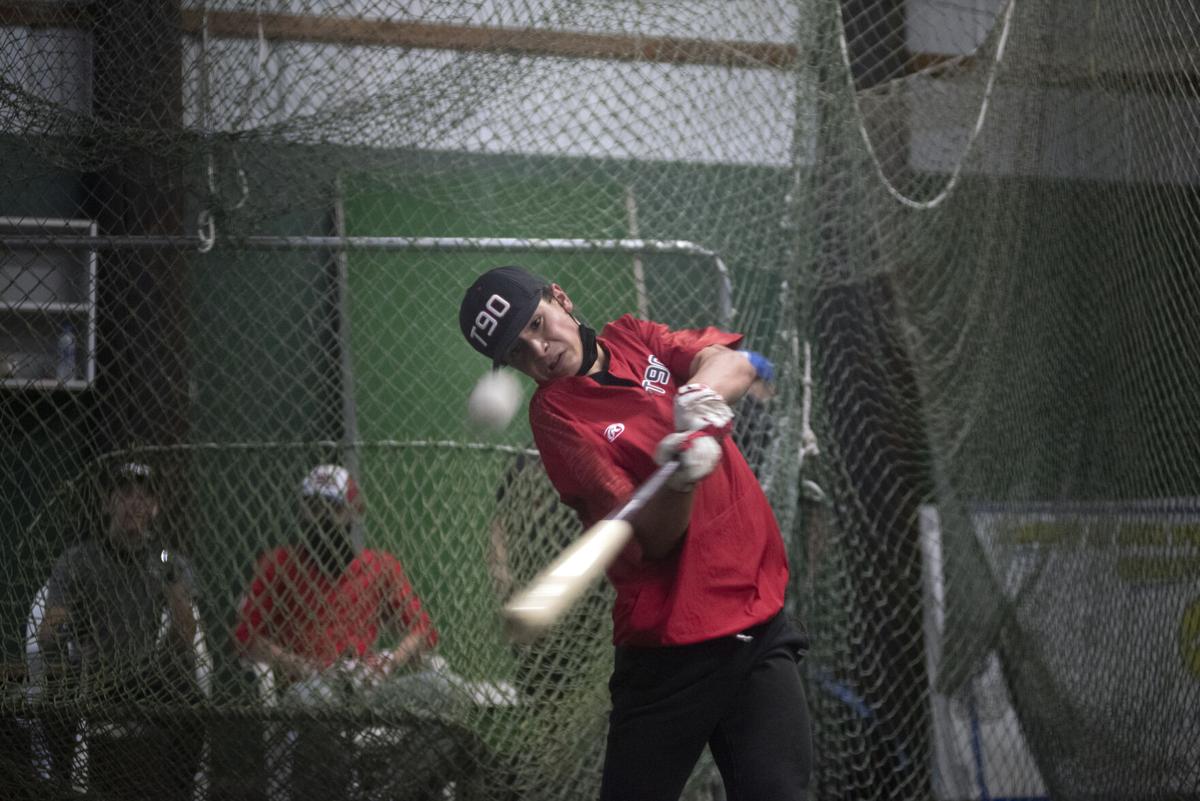 Tenino sophomore Easton Snider takes a cut at the batting cage on Nov. 4. 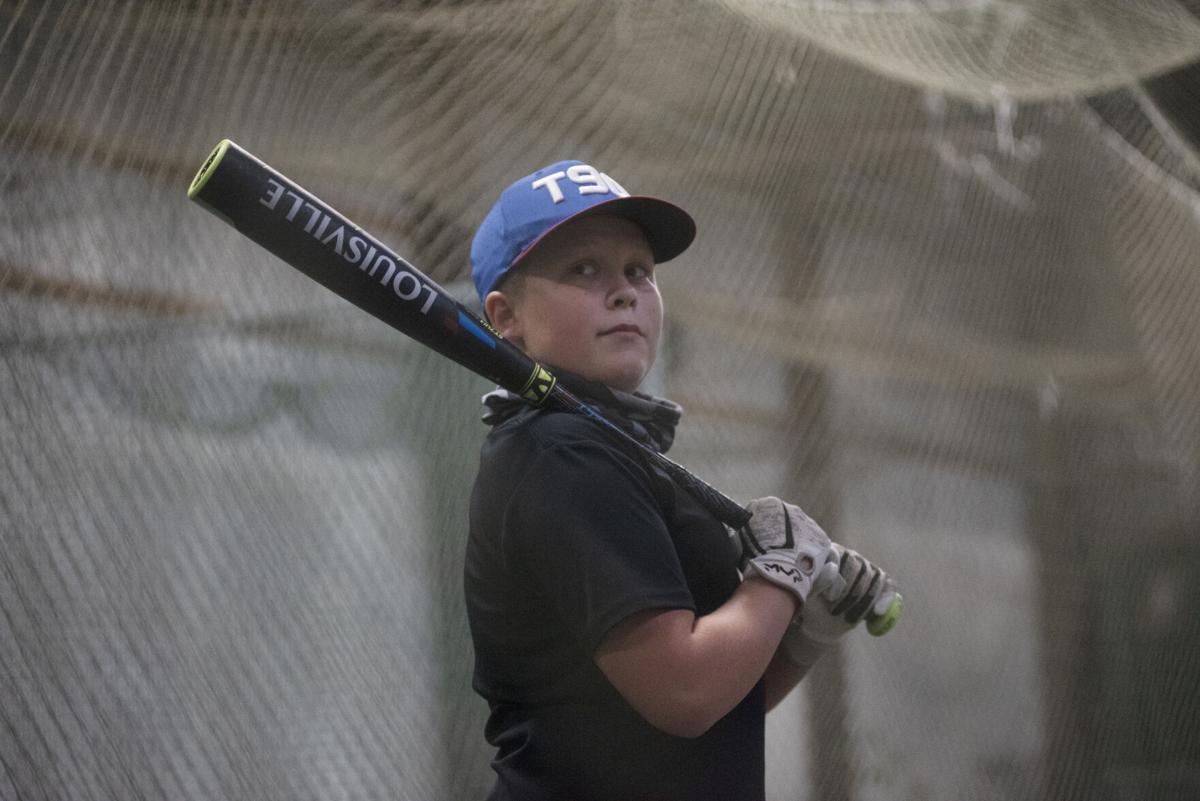 Tenino eighth grader Jaxson Gore prepares to take some swings in the batting cage on Nov. 4. 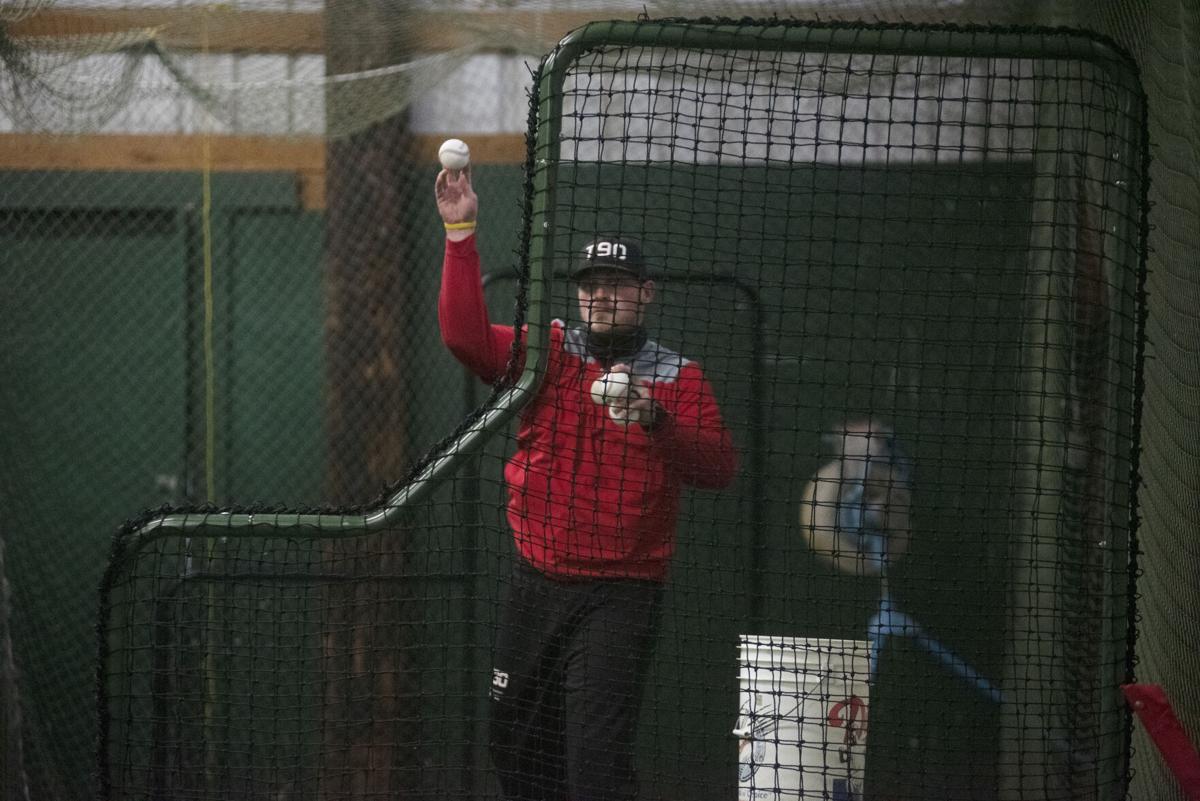 Tenino coach Ryan Schlesser throws pitches to his players in the Beavers’ batting cage on Nov. 4. 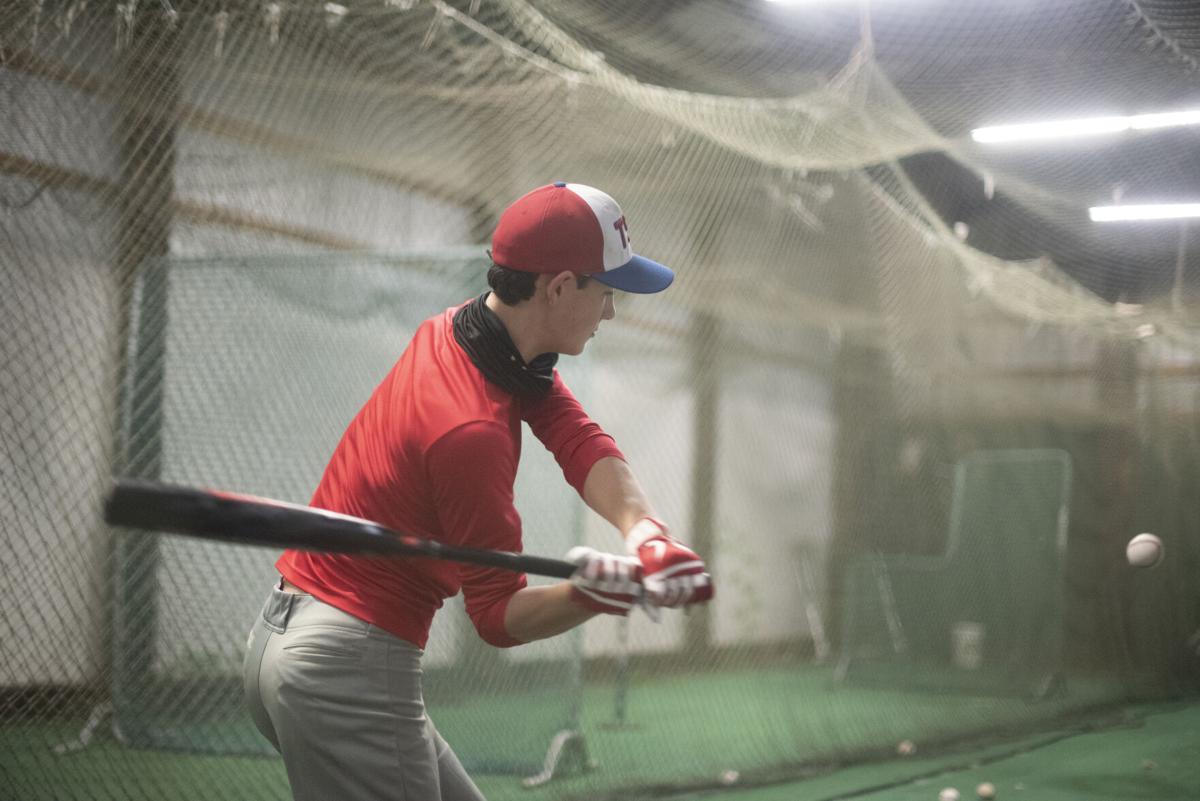 Tenino sophomore Easton Snider takes a cut at the batting cage on Nov. 4.

Tenino eighth grader Jaxson Gore prepares to take some swings in the batting cage on Nov. 4.

Tenino coach Ryan Schlesser throws pitches to his players in the Beavers’ batting cage on Nov. 4.

There are players from all ages here, from recent Tenino grad and former Beavers star shortstop Logan Brewer all the way down to a couple eighth graders. Schlesser is wanting to provide a release for all players who’ve been affected by the cancelation and postponement of sports.

“Just to be able to get them out here and doing something,” Schlesser said. “It’s something for them to do and socialize a little bit, safely, of course. We’re just hoping we’re able to do this for a while.”

It’s been a long eight months for Schlesser and his team, which saw their entire 2019-20 season end before it even began in March when the pandemic hit. The season was canceled on a Friday and their season opener was scheduled the next day. Centralia was the only baseball team in the area that was able to get even a game in before the Washington Interscholastic Activities Association shut down all sports.

The WIAA finally reopened practices for teams on Sept. 28, then revised their regulations to require teams to practice in pods no larger than six athletes at a time. It allowed Tenino baseball to practice for the first time since March three weeks ago. But after just one practice, county officials came out and shut them down temporarily. Last week, the school district finally gave the green light for Beavers athletics to practice again. Football, boys and girls basketball and softball are all currently practicing, and the baseball team has been going full-bore ever since.

Wednesday, Oct. 4, was the team’s first day back at practice after being shut down three weeks ago. Schlesser says he plans to open up the field and batting cage to pods of six players at a time a couple days a week to let them get some hacks in with the bat.

“They’re able to finally get back with their teammates and actually do something,” Schlesser said. “That’s all that really matters.”

The Beavers normally have a summer-league travel team, too, but that was shut down as well. So Schlesser is focused on getting his kids as many reps as safely possible right now in case the tentatively-scheduled season in May 2021 ends up taking place.

Schlesser is entering his third year as head coach and fifth overall season with the team. The Beavers went 7-12 overall and 5-7 in league during the 2018-19 season, finishing third in the 1A Evergreen Conference and 0-2 at districts. Schlesser, a 2011 Tenino grad and former Beavers baseball player, hopes to bring the program back to its former glory.

The Beavers placed second in state his senior year and won a first-round game his freshman season. Tenino hasn’t reached the state tournament since taking a first-round loss in 2016. A four-year drought is too long, Schlesser said, as the team has taken two-loss exits in the district playoffs the past two years.

“We’ve had a couple off-years and Tenino is not used to that,” Schlesser said. “We’re trying to get back to where we’ve been and what has happened.”

It won’t be an easy road. Gone are six senior starters, including Brewer, who was not only the anchor of the infield but was also the ace of the pitching staff. He was a first-team all-2A Evergreen selection at shortstop and had a 3.00 ERA on the mound.

This will now be the youngest Beavers baseball team in quite some time, Schlesser said, after a couple years of senior-heavy squads. They have only one senior this year, Drew Hart, who is a utility infielder and will be on the pitching staff. The Beavers have no juniors as the rest of the team will be filled with underclassmen, including even a couple eighth graders.

“It’s not a building year, we’re just going to be extremely young,” Schlesser said. “We’re going to get these kids a lot of playing time. Really, it’s going to be a lot of unknowns. It’s basically going into spring with a blank slate. Guys are going to have to play spots that they’re not comfortable with.”

Every starting position is open for competition, he said, and one of his biggest problems right now is figuring out who will be the starting catcher. There are three catchers, sophomore Kayden Sayamnet and freshmen Cody Strawn and Kellan Knox, who could all win the starting job.

There’s no clear ace yet and Schlesser still needs to figure out the rotation. Offensively, sophomore up-and-comer Easton Snider will likely be a middle-of-the-lineup hitter. He was grateful to be in the batting cage with his teammates Wednesday. He hasn’t played in a live game for the Beavers since summer 2019. Tenino High School is still doing online-only classes, so Snider hasn’t seen many of his classmates or teammates since March either.

Baseball season is tentatively scheduled to begin with a pre-practice period from April 26 to May 2. The regular season is scheduled to run from May 3 to June 20, with preseason slated for June 21-27.