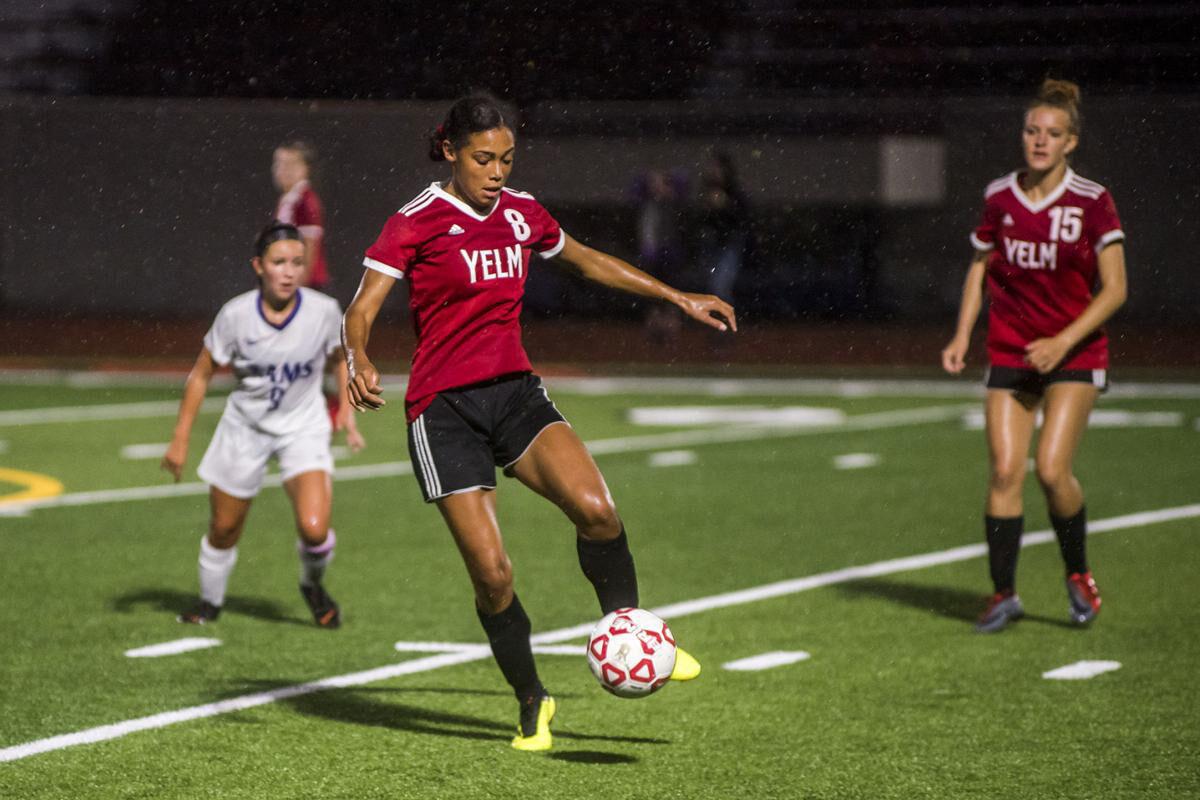 Imani Tustison (8), a 2020 Yelm grad, is joining Centralia College women’s soccer and basketball. She was an all-league honorable mention pick at forward for the Tornadoes. 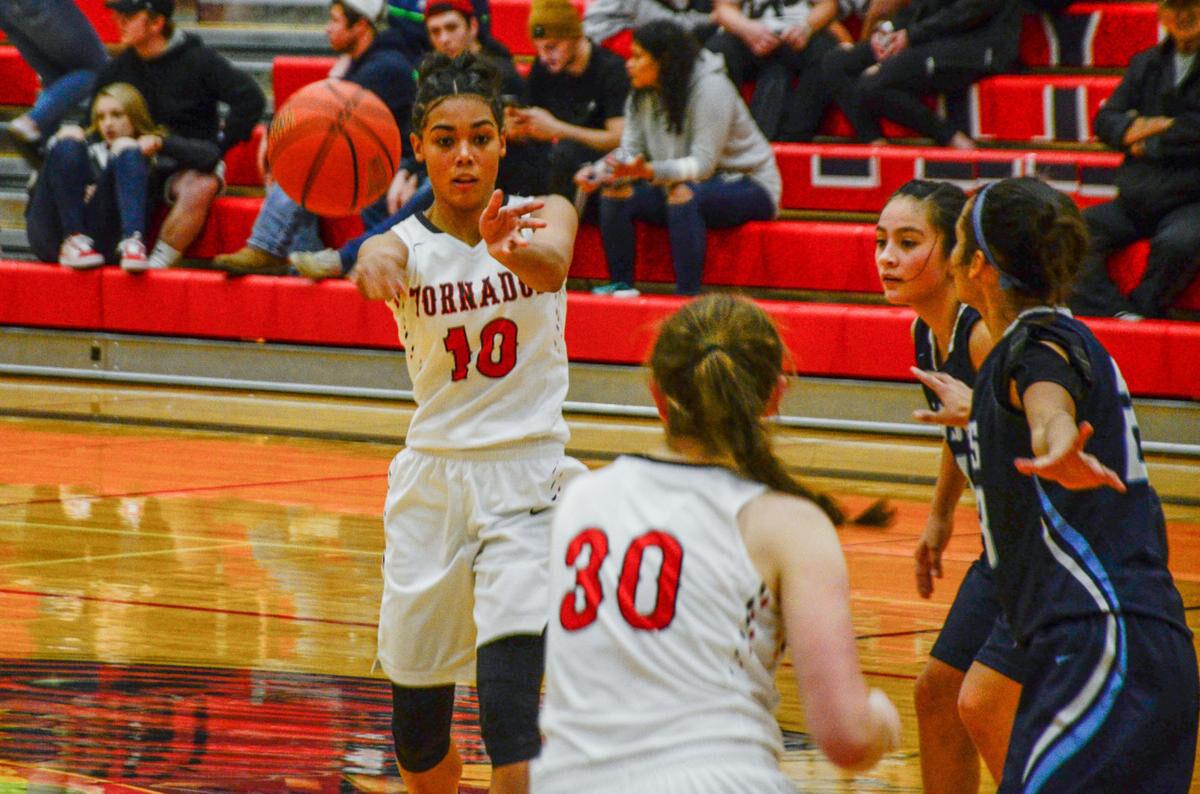 Imani Tustison (10) was an all-league honorable mention selection as a senior for Yelm girls basketball.

BLAZERs: Tustison Was All-League Honorable Mention in Both Soccer and Basketball for the Tornadoes as a Senior

Tustison, a four-year varsity soccer player, was an all-3A South Sound Conference (SSC) selection as a freshman and scored 12 goals as a sophomore for the Tornadoes. She first landed on Blazers women’s soccer coach Clarence Gunderson’s radar after he came to watch a couple of Yelm’s games her junior year. He eventually approached her after a game and offered her a scholarship. It was an easy decision, Tustison said.

“My cousins played for him and said he’s really good and he’s a good coach,” Tustison said.

Tustison was also a force on the basketball court, helping the Tornadoes finish second in the SSC with a 17-8 overall and 12-2 league record, falling one game short of the state regional round. She averaged 7.7 points, 3.1 rebounds, 2.6 assists and 1.5 steals per game.

Gunderson, after recruiting her, noticed her skills on the hardwood and referred her to Blazers women’s basketball coach Caleb Sells, who was looking to reload after having six sophomores on the roster for the upcoming season. Before she knew it, Tustison had locked up her second roster spot at Centralia College.

“Imani is a game changer for us defensively,” Sells said. “Has the ability to take away other teams’ best player. We are really excited about how she can impact the game from the top of our defense, much like Caitlin Yenne did for us the last two years.”

Tustison was actually a three-sport athlete for a while, playing varsity faspitch, as well, as a freshman and sophomore, but decided to focus solely on soccer and basketball in hopes of securing a college scholarship in one of the two. It’s been a rewarding payoff for Tustison, whose goal has always been to make it to college.

While primarily a forward and attacking mid for the Tornadoes, Tustison is versatile enough to play just about anywhere on the pitch and she’s been doing so since she was 3 years old. She joined her first travel team last summer as a junior but was unable to play this year due to the COVID-19 pandemic. Luckily, the girls soccer season is in fall and she was able to compete for the school her senior year. On the court, the 5-foot-7 point guard has been playing since she was 8 years old.

“I think I’m better at soccer because I’m more confident and I’ve played it longer, but I think I like basketball a little more. It’s a little more fun for me,” Tustison said.

What she likes most about soccer and basketball is the fast-paced nature of both and the competitiveness in each one.

“I’m a competitive person and I like to be active,” Tustison said. “Soccer was just really fun. I don’t really like to run but it’s fine, I guess.”

She’ll be joining a Centralia College soccer team that went 8-6 overall and 5-5 in the West Region of the Northwest Athletic Conference. The Blazers finished fourth in the eight-team West Region and were two games shy of a playoff spot. They lose seven of their eight players from last season, including six sophomores and one freshman.

The Centralia College basketball team vaulted near the top of the NWAC this past winter, going 21-7 overall with a perfect 14-0 league record. The top-seeded Blazers finished the year on a 14-game win streak, stopped only by the cancelation of the NWAC tournament.

“It was exciting to hear that they were really good,” Tustison said.

Tustison plans to eventually transfer to a university and major in psychology to become either a therapist, psychologist or counselor.

“I’m kind of anxious and excited, but I want to see where it takes me and I want to go to a four-year college after,” Tustison said. “So I’m kind of excited to see the process and I hope these two years I can focus a lot and get better.”