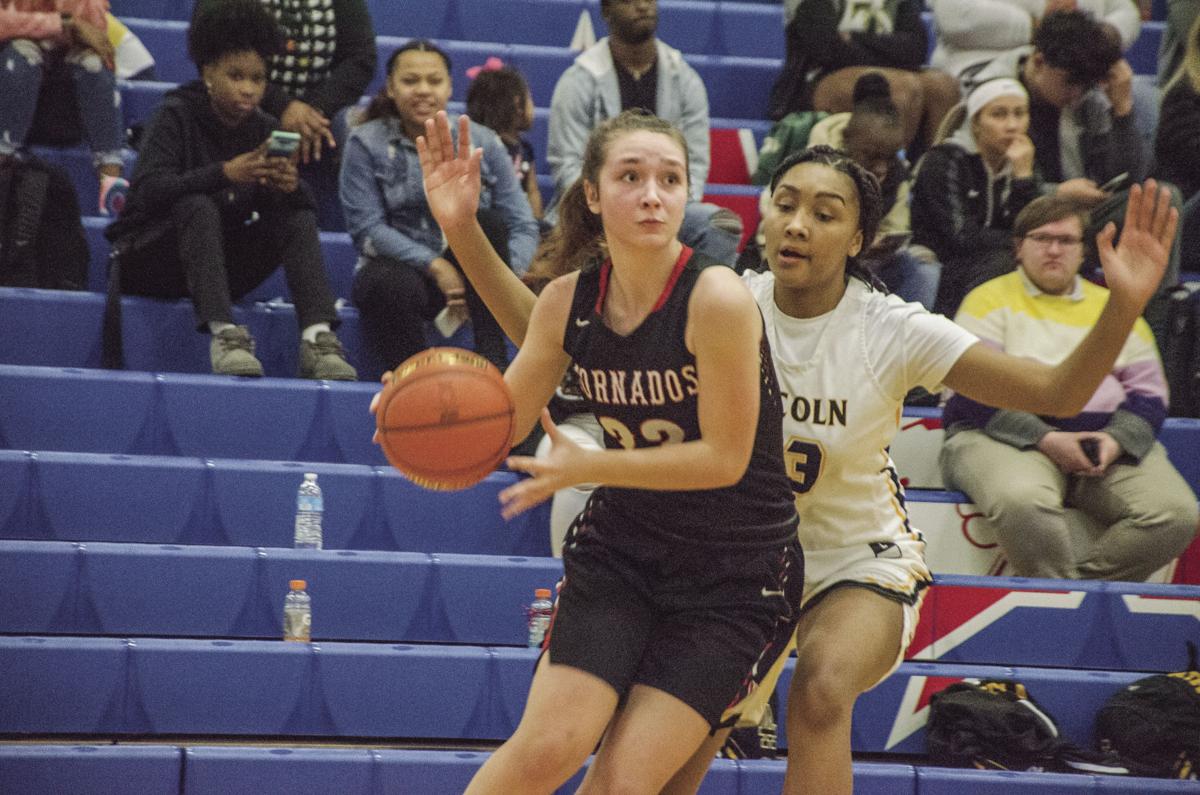 Senior Isabella Foxley, a Concordia Christian Academy student who plays for Yelm, has been making strides for the Yelm Tornados as a power forward. Making the transition from 1B to 3A wasn’t the easiest, she said. 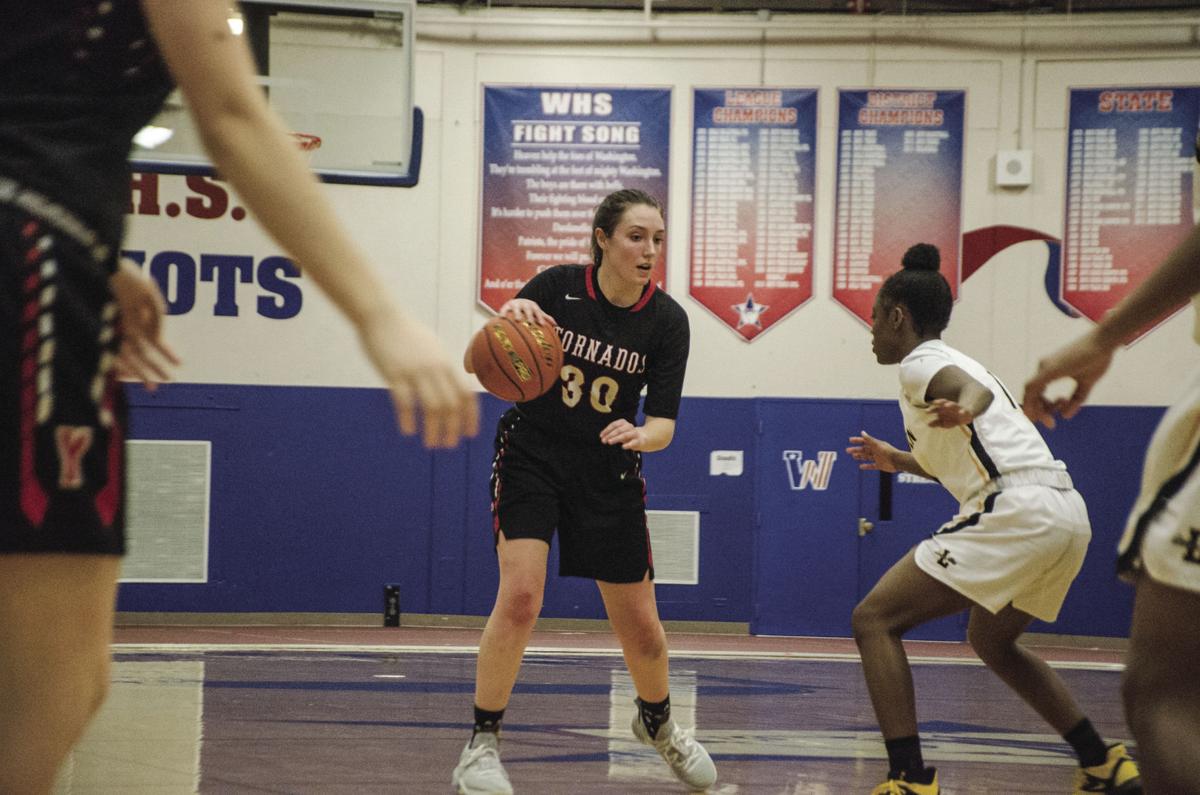 Senior shooting guard Maddie Plevyak tallied 16 points against Lincoln on Monday night. The Tornados are hoping for a quality showing in districts and to make their first run at state in nearly five years.

With the No. 2 spot clinched in the South Sound Conference, the Yelm girls basketball team is looking for a strong showing going in this season’s West Central District tournament.

The Tornados ended their regular season with an impressive 12-2 league record. On Monday, the ladies absorbed a tough loss against the Lincoln High School Abes 63-52 in a pigtail game, but the team is hoping to bounce back.

“I really have confidence in our kids. If we play at the level I know we can play at, we’ll be fine,” said Head Coach Russ Riches.

Seniors Maddie Plevyak and Isabella Foxley, two of the team’s leaders who both recently hit 1,000 career points going into the final stretch of the season, said they’re confident going into district play they can continue the momentum they’ve built this season.

“I think if we can play our game, then nobody can stop us,” Plevyak said.

“When we do all the things that we need to do, we can get it done,” Foxley added.

“It was really exciting and then, when I hit that shot, it was the best feeling in the world. It’s, like, you’ve finally hit 1,000,” Plevyak said. “(My family) made a little cake that had 1K on it.”

This season, Plevyak netted a career-high game of 33 points against 4A Puyallup in a game her team won in blowout fashion, 82-48.

Foxley’s big day hitting 1,000 points was on Wednesday, Jan. 8, against Timberline at home. The Concordia Christian Academy student racked up most of those points as a junior in the 1B Sea-Tac league, but her efforts in the 3A thus far have been equally impressive.

“My whole family showed up. Everyone kind of knew. A lot of people showed up for me to hit 1,000,” Foxley said. “It’s been a good transition … I couldn’t have chosen a better group of girls to do this.”

Foxley’s season high with the Tornados is 16 points.

Even though Foxley attends classes at Concordia, and Plevyak only takes one class at Yelm due to being enrolled in the Running Start program, both say they feel close to the basketball program and have enjoyed the culture shift that has taken place in Yelm over the last few years.

“The culture for girls basketball has changed dramatically,” Plevyak said. “A few years ago, nobody really showed up for games that much. But now, people are actually getting really excited … It’s the coolest thing ever because it’s a small town and people know and care.”

Foxley said things are definitely different competing in a 3A league. Since coming to tryouts on day one, Foxley said the program and her school have been super supportive of her.

Riches has also been very supportive of her coming onto the team.

“He was very welcoming,” Foxley said. “It’s been great to be coached by him. I’ve learned a lot.”

Yelm’s narrow loss to Lincoln (12-2, 3A Pierce County), which ended their seven-game win streak on Monday, no doubt was a blow to the Tornados’ stride going into the postseason.

“They’re not the Lincoln of old. I believe there’s something there we can run at,” Riches said prior to the game. “I think we’re on a good path, and now we just have to take advantage of the path we’re on.”

The Tornados had the upper hand on the Abes by the end of the first quarter, outscoring them 18-13. But the Pierce County team rebounded in the second quarter, taking the lead.

Yelm was down 40-36 going into the final quarter and could not find a comeback as the Abes outscored them 23-16.

The Tornados hosted fellow SSC competitors the Peninsula Seahawks on Wednesday, Feb. 12. Yelm has a 2-0 season record against the Seahawks. Results from that game were not available by presstime.

Wednesday night’s matchup at Yelm High School was the third time this season the Lady Tornados met the Peninsula Seahawks.