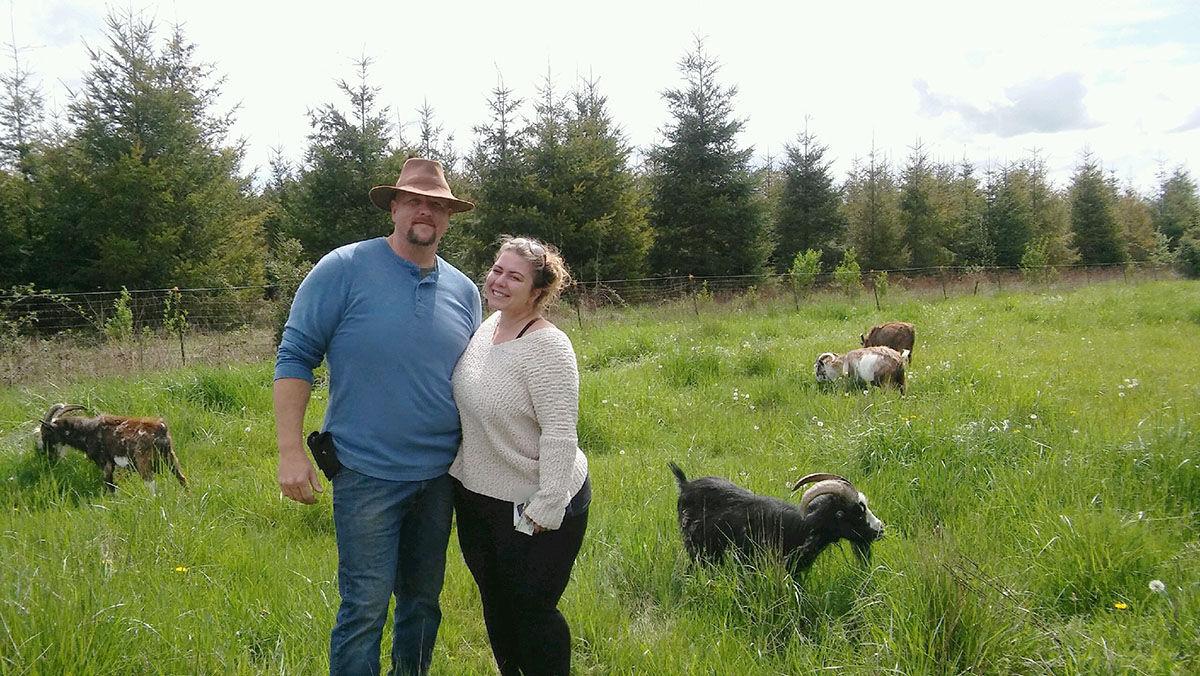 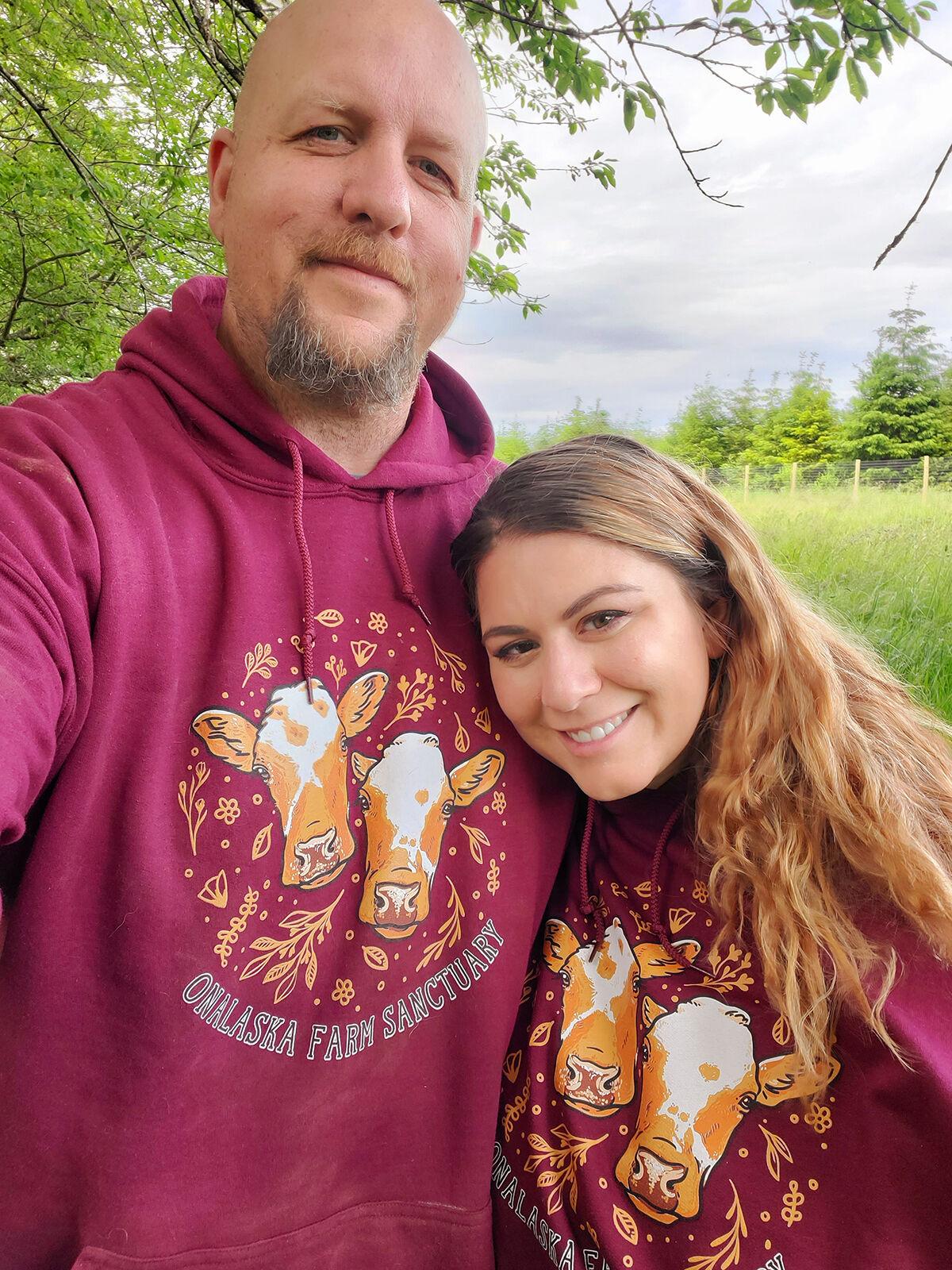 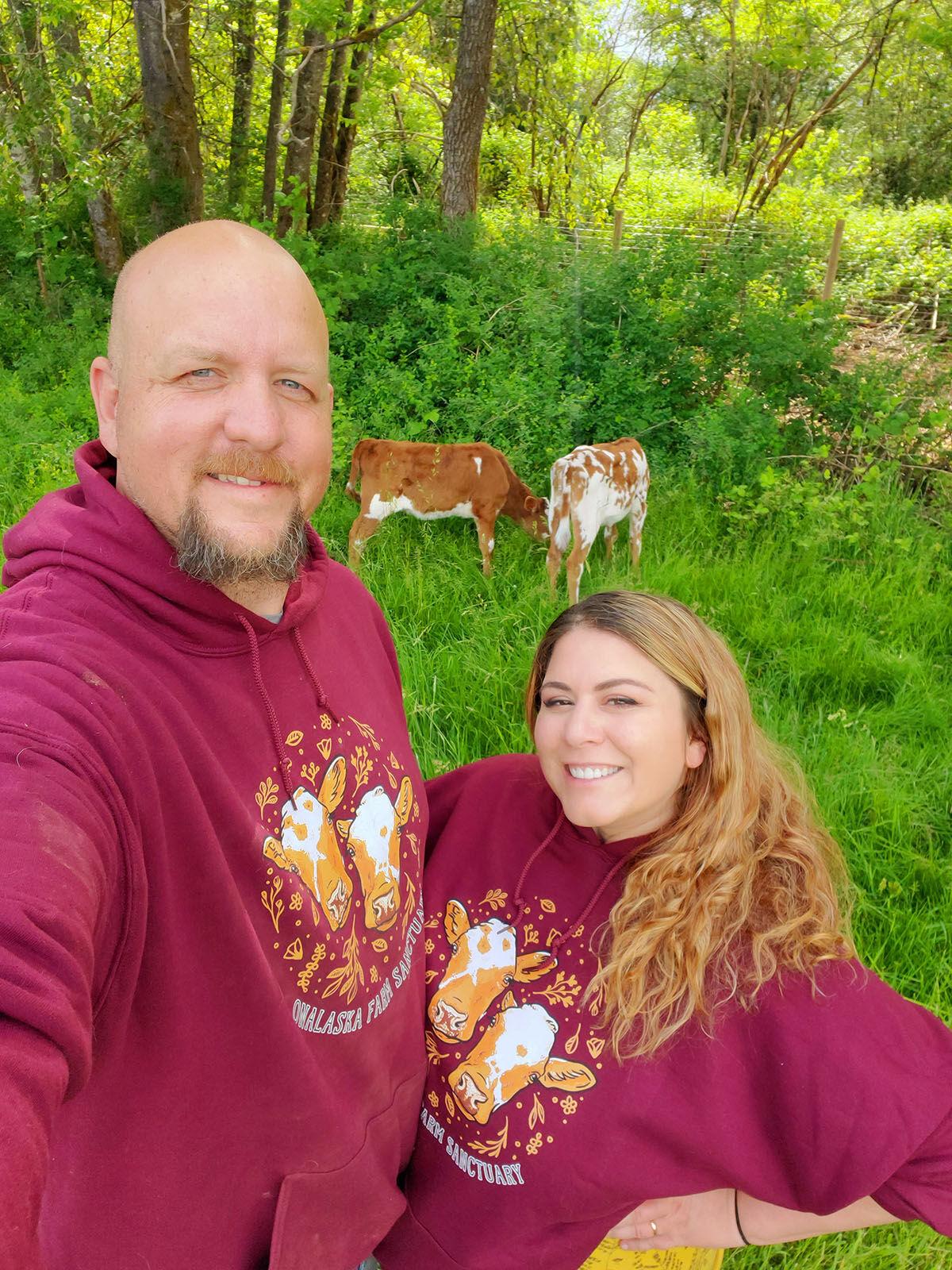 When Jessica York’s life led her to mistrust humans, she turned to animals for support.

Now, she’s hoping to return the favor by helping abused and neglected animals find a place of comfort at her newly opened Onalaska Farm Sanctuary.

“Essentially, we are trying to promote compassion,” York said of the core values of the small not-for-profit run by York and her husband, Kyle. “In many ways, the way that we treat animals reflects how we treat one another in our society.”

The roots of the farm reach to a terrible time in Jessica York’s life. As part of the healing process after being the victim of abuse, she began volunteering her time to work with animals.

“I was not quite ready to trust humans, so I focused on animals,” she recalled.

At first, she focused on dogs and fostered dozens of dogs in need. But as her volunteer work with companion animals and her healing grew, she realized there was a much wider world in animal rescue available to her. She began to notice that some of the most often forgotten and abused animals are farm animals.

“I realized that I wanted to dedicate my life to shining the light on them,” Jessica said. “I asked my husband if he would be interested in starting a farm sanctuary with me and he jumped at the idea.”

Jessica is originally from central New York and Kyle grew up in Nebraska. The couple purchased the farm property in July 2019 when Kyle’s retirement after 25 years in the U.S. Coast Guard was nearing. Jessica’s mother lives in Seattle, so moving to Onalaska also means they are closer to family.

Kyle brought a great deal of farming experience to the founding of the sanctuary, having grown up working on farms in the Farm Belt area of the nation. Jessica had animal care experience working with World Vets, a not-for-profit that travels the world offering free veterinary care. But she said every new rescue is unique and there has been a steep learning curve.

“We are both still learning,” Jessica said. “I have a pile of books on cattle care and holistic goat health next to my bed. We both have my sanctuary mentor on speed dial.”

Life on the sanctuary is physically exhausting, much like on any other farm, Jessica explained. The only difference is that the work is also emotionally exhausting, she added.

She gave the example of a beautiful hen who came to them after being battered. Unfortunately, she died in their care. It’s these moments of sanctuary life that can be heartbreaking.

“Her little body just could not handle the years of neglect and abuse,” Jessica said.

Onalaska Farm Sanctuary received not-for-profit status with the State of Washington in May and the Yorks are now in the process of applying for 501(c)(3) nonprofit status, but at the moment are basically funding the entire operation themselves. The sanctuary takes in abused and neglected farm animals including: cows, pigs, goats, sheep, rabbits and chickens. They help them heal from physical and mental wounds, as well as giving them a home where they are cared for and treated gently. There are currently 28 residents (rescue babies, as Jessica calls them), with a goal of eventually being able to house 150 animals.

“The goal is to protect farm animals from cruelty and to inspire change in the way that society views and treats farm animals,” Jessica explained of the sanctuary.

Anyone interested in more information on Onalaska Farm Sanctuary can follow them on Instagram @onlaskafarmsanctuary and on Facebook. Volunteered are planned to be welcome to the farm sometime in 2021 or whenever the threat of COVID-19 passes.

Anyone interested in more information on Onalaska Farm Sanctuary can follow them on Instagram @onlaskafarmsanctuary and on Facebook. Volunteered are planned to be welcome to the farm sometime in 2021 or whenever the threat of COVID-19 passes.