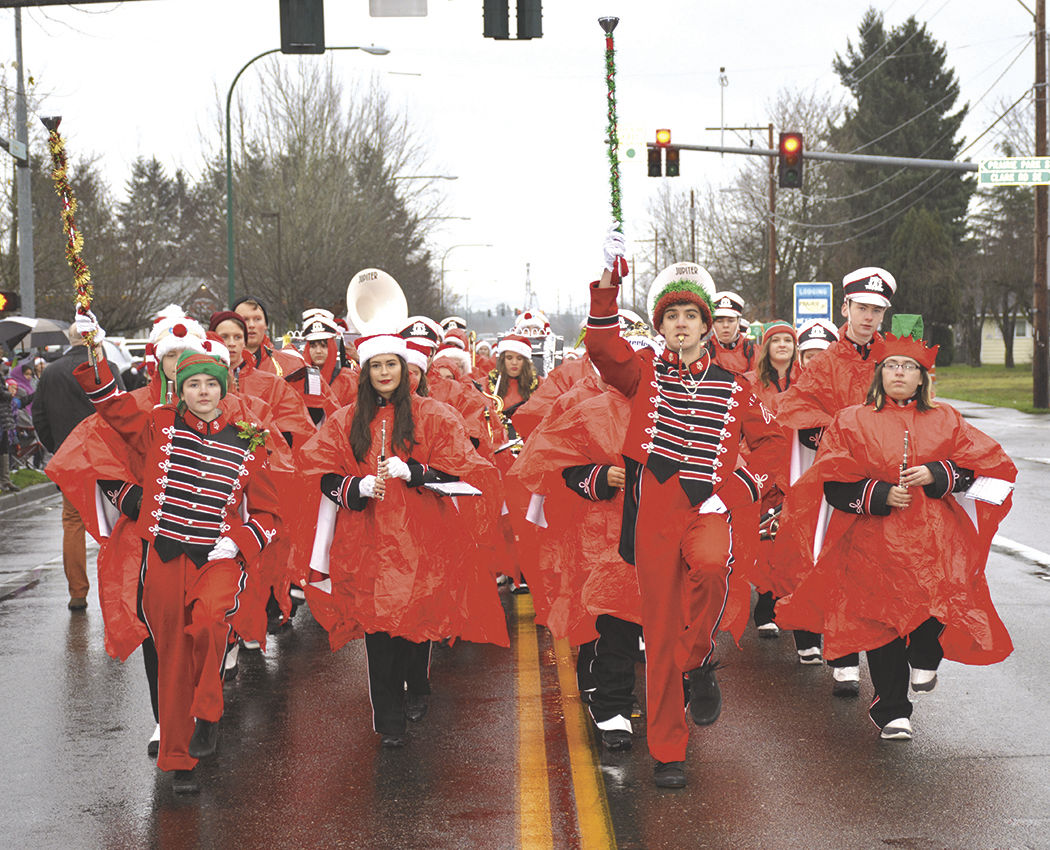 The Yelm High School marching band helps kick off the beginning of the Christmas in the Park parade in 2018. 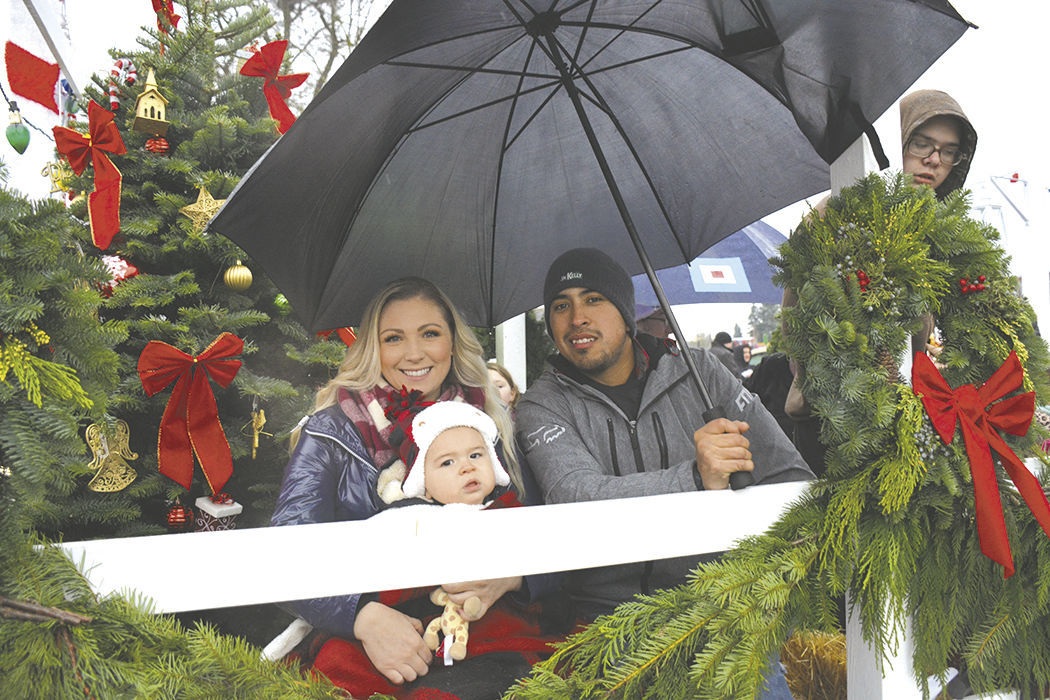 Members of the Harding family ride the Grand Marshal float during the Christmas in the Park parade. 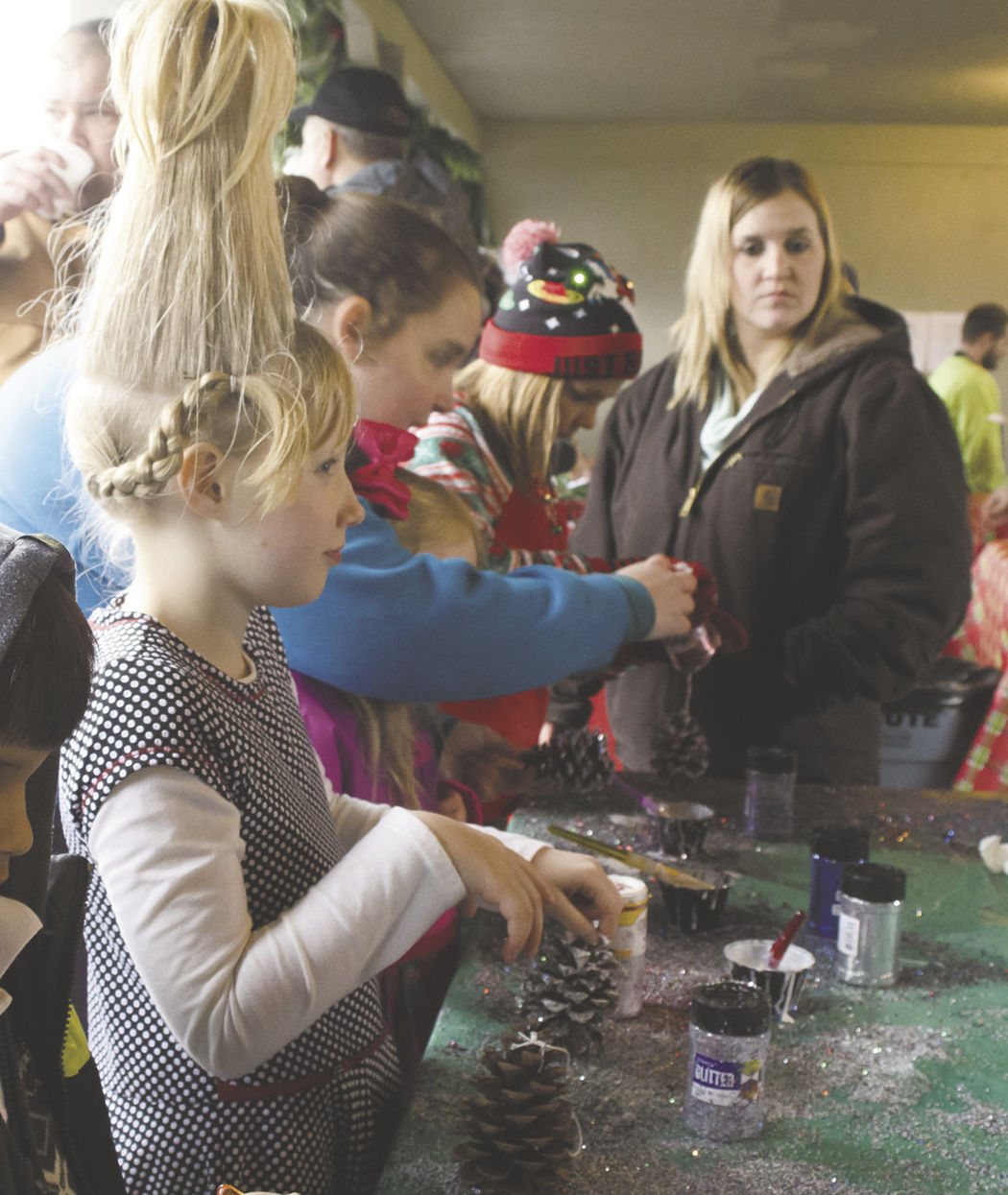 Dr. Suess-style hairdos were popular during Christmas in the Park on Saturday. This young Whoville girl helps make Christmas ornaments.

The Yelm High School marching band helps kick off the beginning of the Christmas in the Park parade in 2018.

Members of the Harding family ride the Grand Marshal float during the Christmas in the Park parade.

Dr. Suess-style hairdos were popular during Christmas in the Park on Saturday. This young Whoville girl helps make Christmas ornaments.

It might be a dreary day, but nothing can dampen the Christmas spirit that City if Yelm hopes to foster at this year’s Christmas in the Park.

The day will feature a parade, followed by a dozen or so musical acts, all in Yelm City Park with free competitions and events, along with plenty of sweets and treats such as hot cocoa, apple cider and hot dogs.

Mr. Doug’s Restaurant will be providing food and drinks at this year’s event for the fifth year in a row, said owner Tracey Wood. Last year, the restaurant grilled up about 2,400 hotdogs free to attendees.

Cecilia Jenkins, co-chair for Christmas in the Park, said the event is a nice gift to families during a particularly expensive time of year. She’s been volunteering annually since the event’s creation.

“I like Christmas in the Park because it’s free, so all the families and little kids can participate,” Jenkins said. “Things during Christmas time are so expensive.”

Jenkins also said she loved the youth awards ceremony, because it recognizes the outstanding work that a select group of students do all year round.

“Each year, the foundation for the awards of City of Yelm Youth Good Citizenship award and the ultimate award of the Youth of the Year is based on a strong community service record — couple that with their school activities and their GPA,” Jenkins said. “This year the judges of Yelm had their hands full — there were 14 kids that were selected for City of Yelm Youth Good Citizenship award.”

Out of those 14 award recipients, two were awarded the 2018 City of Yelm’s Youth of the Year award: Abbie Dorhauer and Addyson Wilson-Heid.

“The two that were selected for the Youth of the Year award were chosen because they have everything — they’re all around,” Jenkins said. “They have everything that you can ask for in a representative of the community. Their community service records are amazing, and everything from their school activities and grades influenced the decision.”

In addition, Christmas in the Park’s 2018 grand marshals are Yelm’s very own mayor, JW Foster, and his wife Nicki. The Fosters have been involved within the Yelm and Thurston County communities for about three decades now. They and their four children have volunteered and been involved in the event in several capacities for about 22 years, he said.

“I’ve never seen anything like Christmas in the Park… it’s all about bringing the community together,” JW Foster said.

Christmas in the Park will run all day Saturday, Dec. 1 and will be free to the community. The parade will begin at 9:30 a.m. and the lineup starts at 8:30 and will run from Prairie Park to the city park. Entertainment and music will play all day, from 11 a.m. to 5:20 p.m. The lighting of the community Christmas tree and community blessing will begin at 5:30 p.m.

Christmas in the Park Schedule