A 19-year-old driver was hospitalized and two children — ages 3 and 9 — were transported to hospitals as a precaution after a crash at the intersection of State Route 507 and Manke Road Sunday night, according to the Washington State Patrol.

Haidie A. Connelly, 19, was driving eastbound on Manke Road in a 2000 Acura at about 7:45 p.m. when she failed to stop at a stop sign on State Route 507 and collided with a southbound 2016 Hyundai Sonata driven by Stormy J. Hudson Renstrom.

Both vehicles were totaled.

The state patrol listed the cause of the crash as failure to stop at a stop sign.

Everyone involved in the crash were wearing seat belts.

Drugs or alcohol were not a factor, according to the state patrol.

State Route 507 was closed for three hours and 20 minutes. 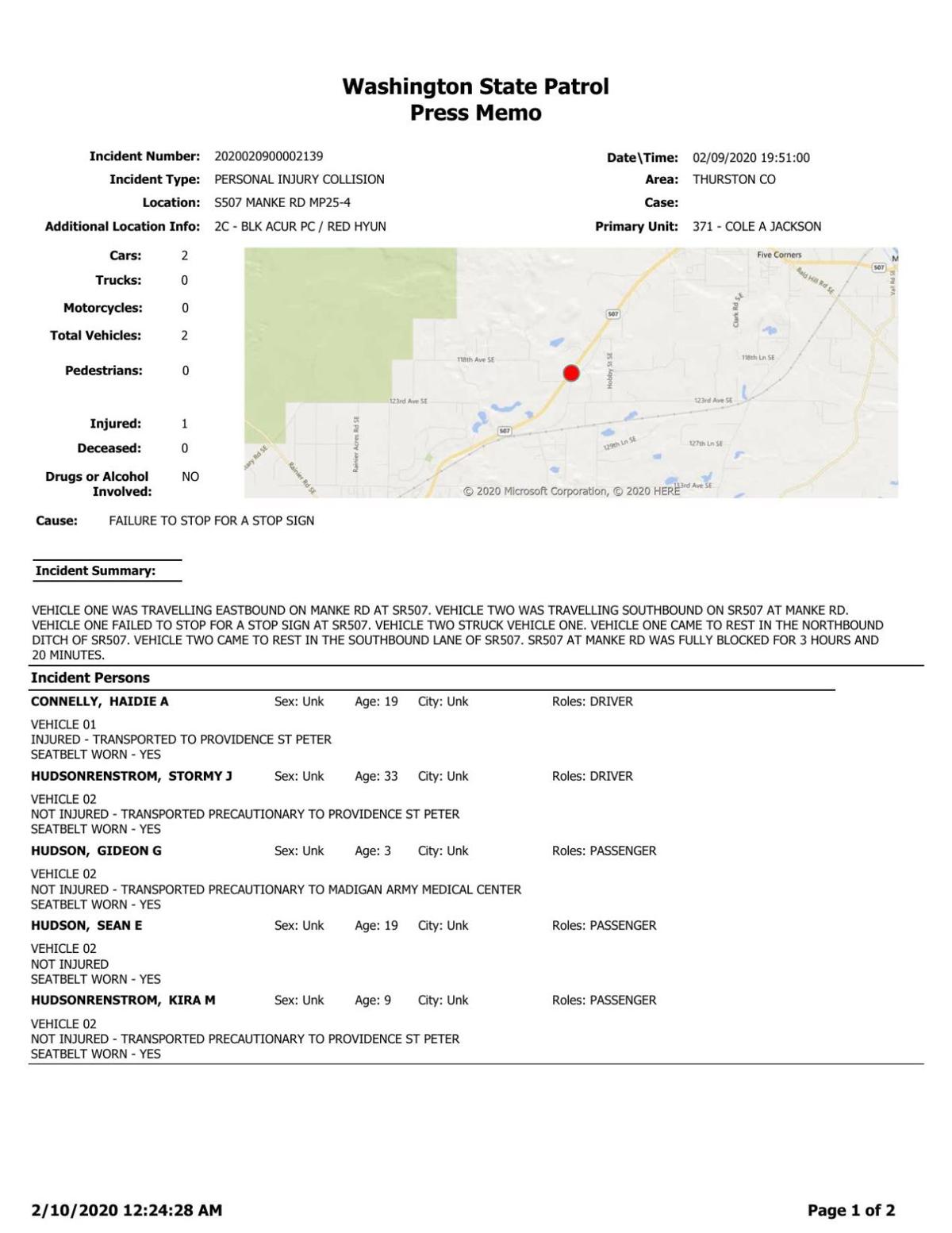