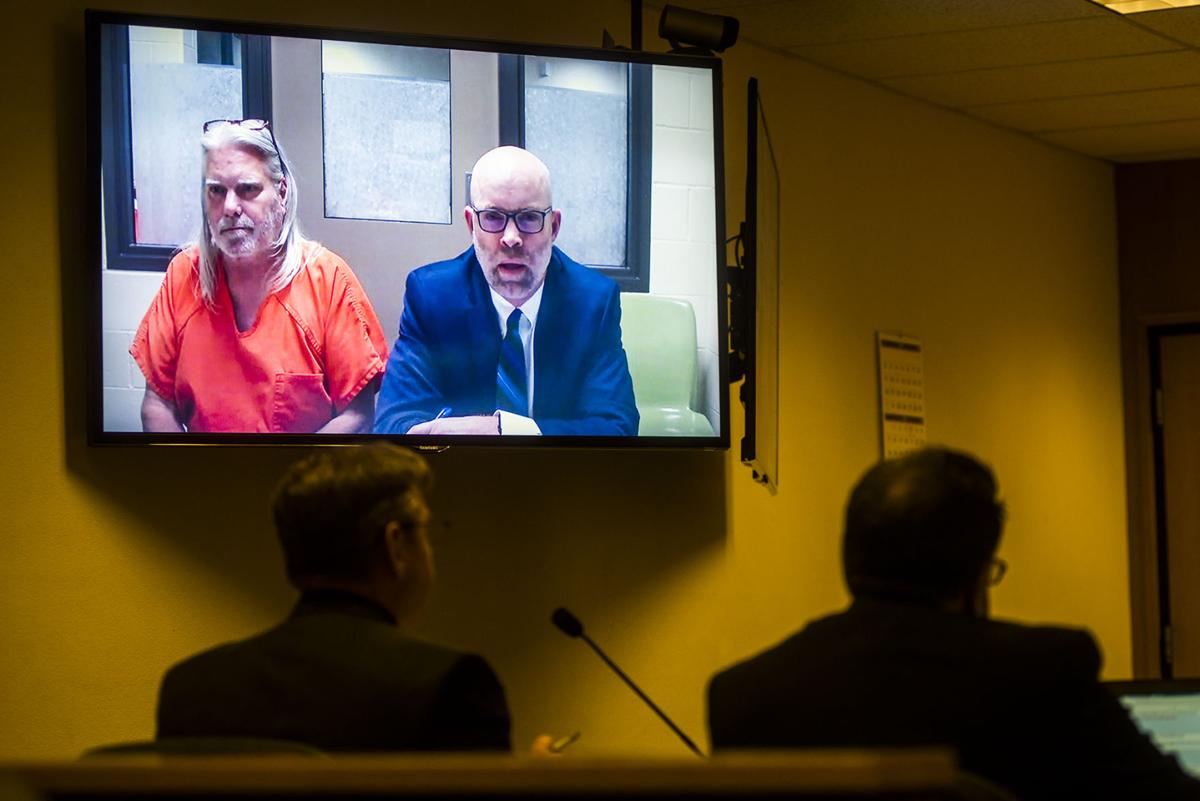 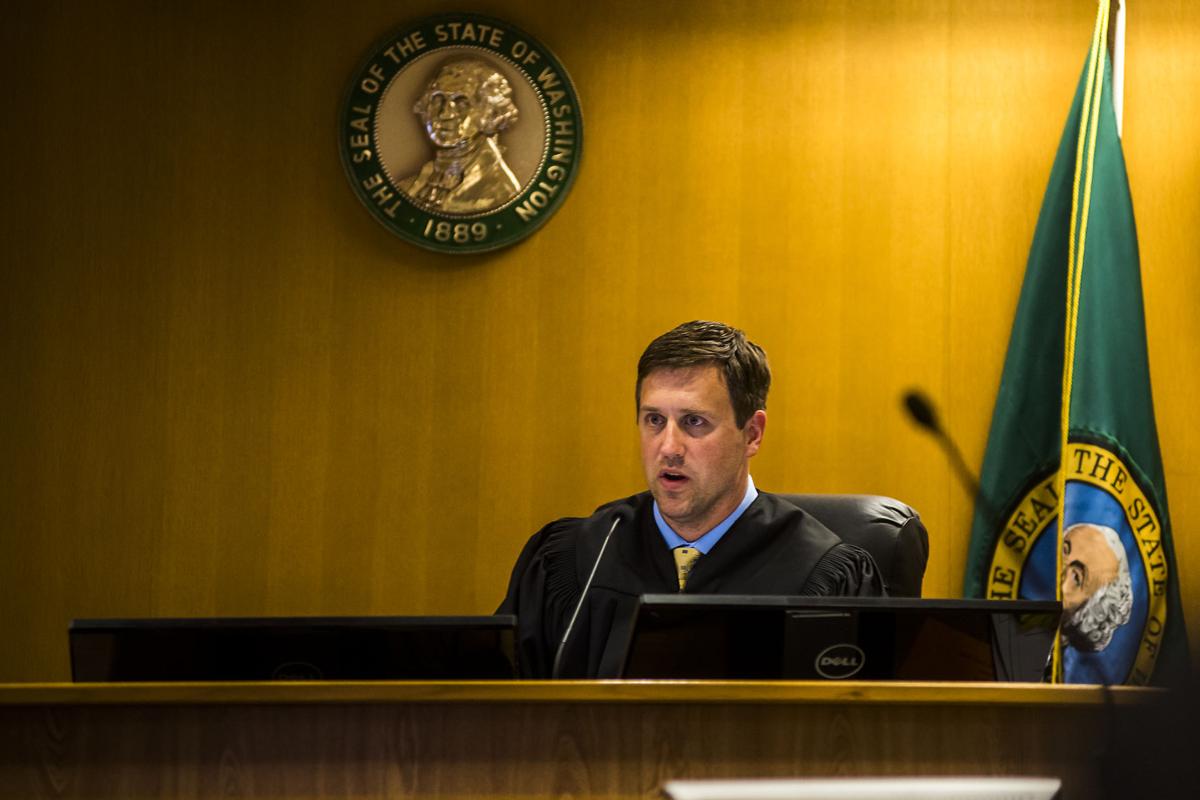 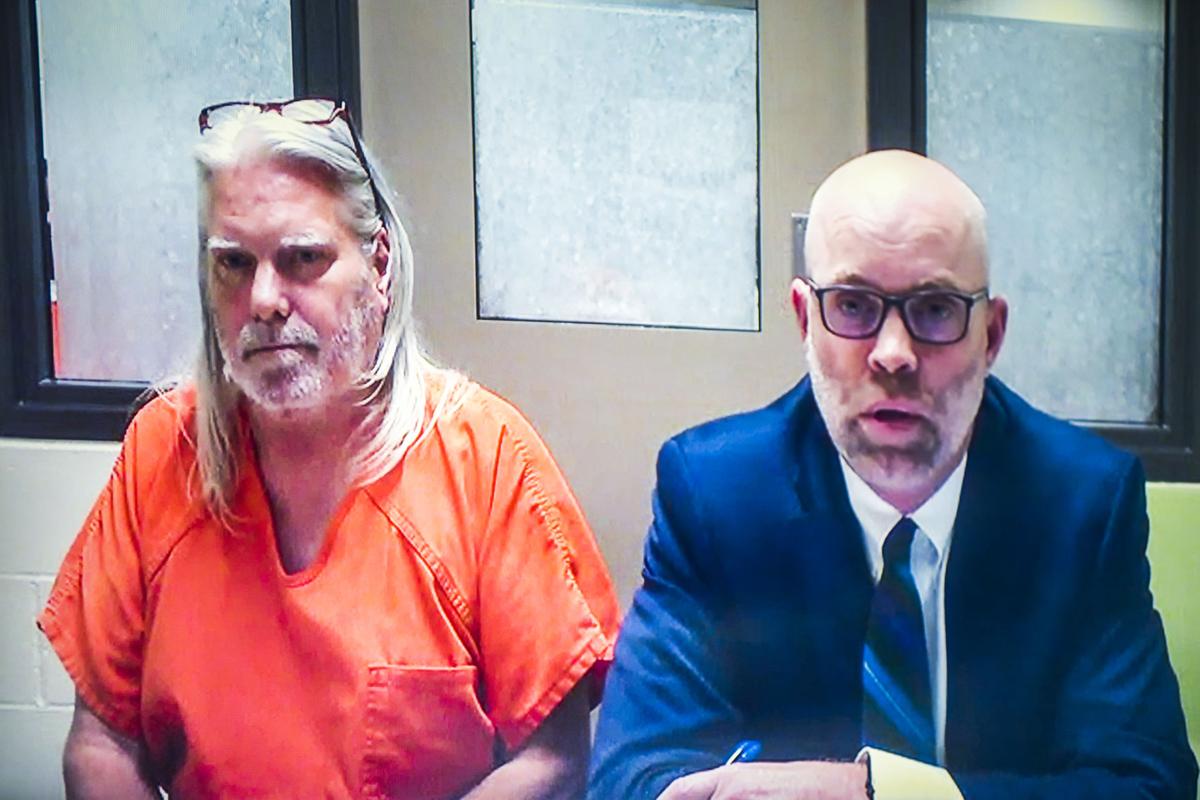 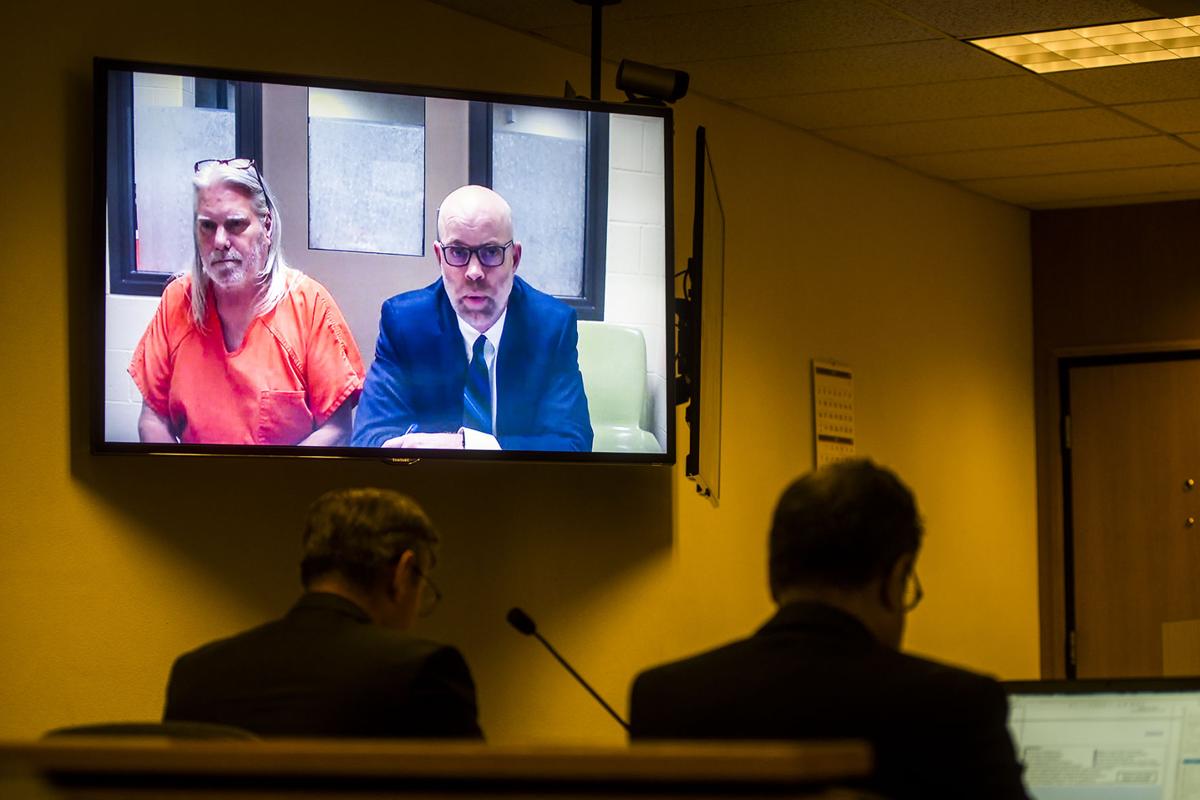 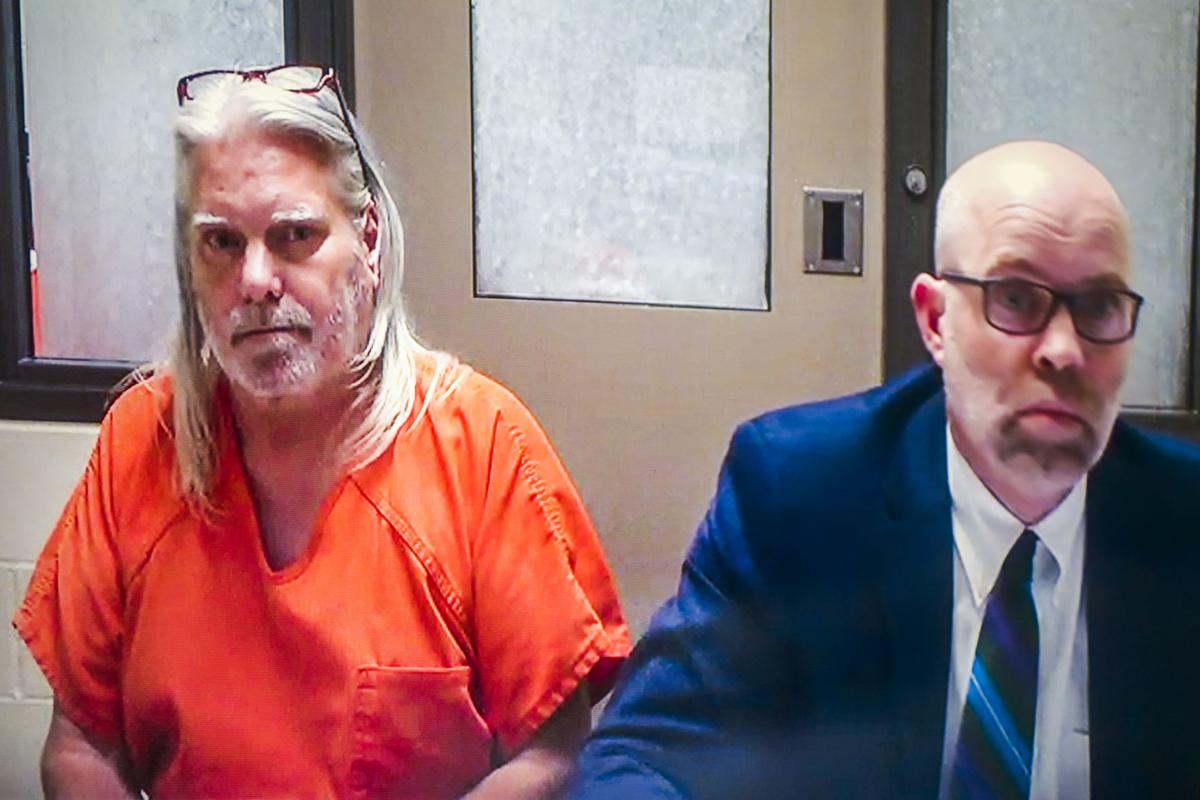 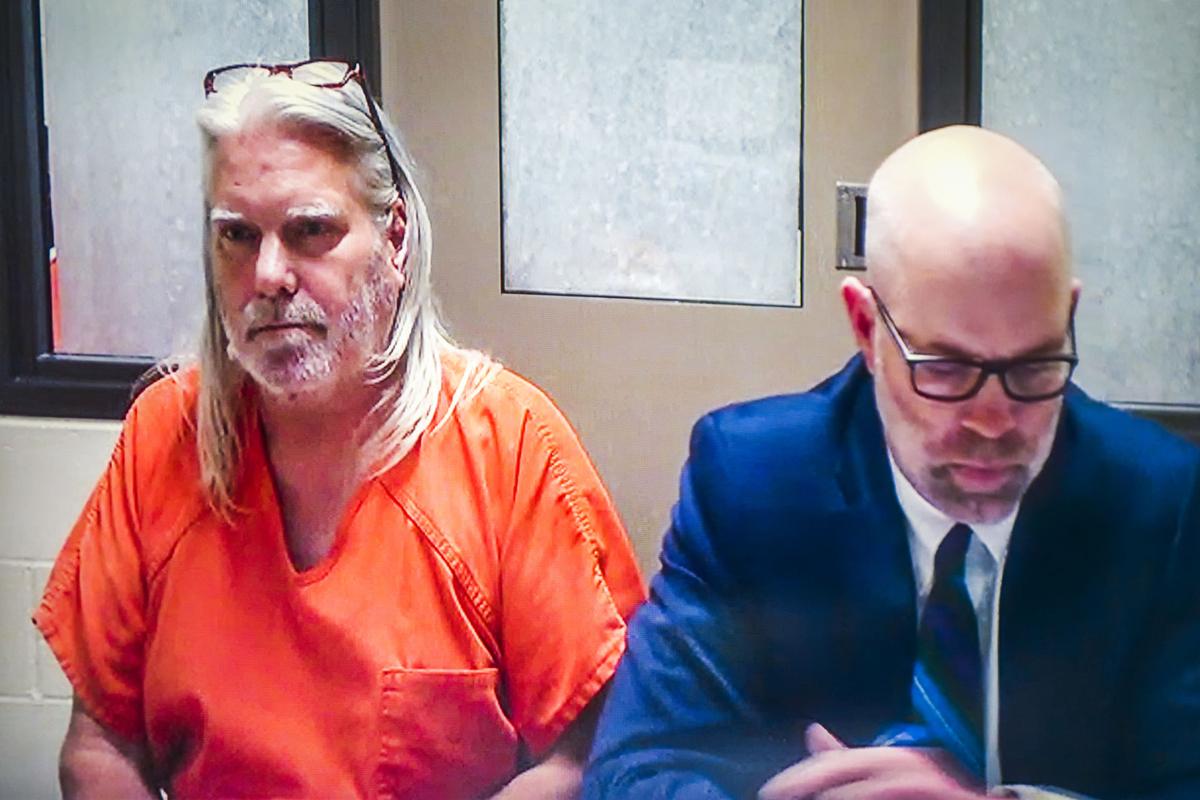 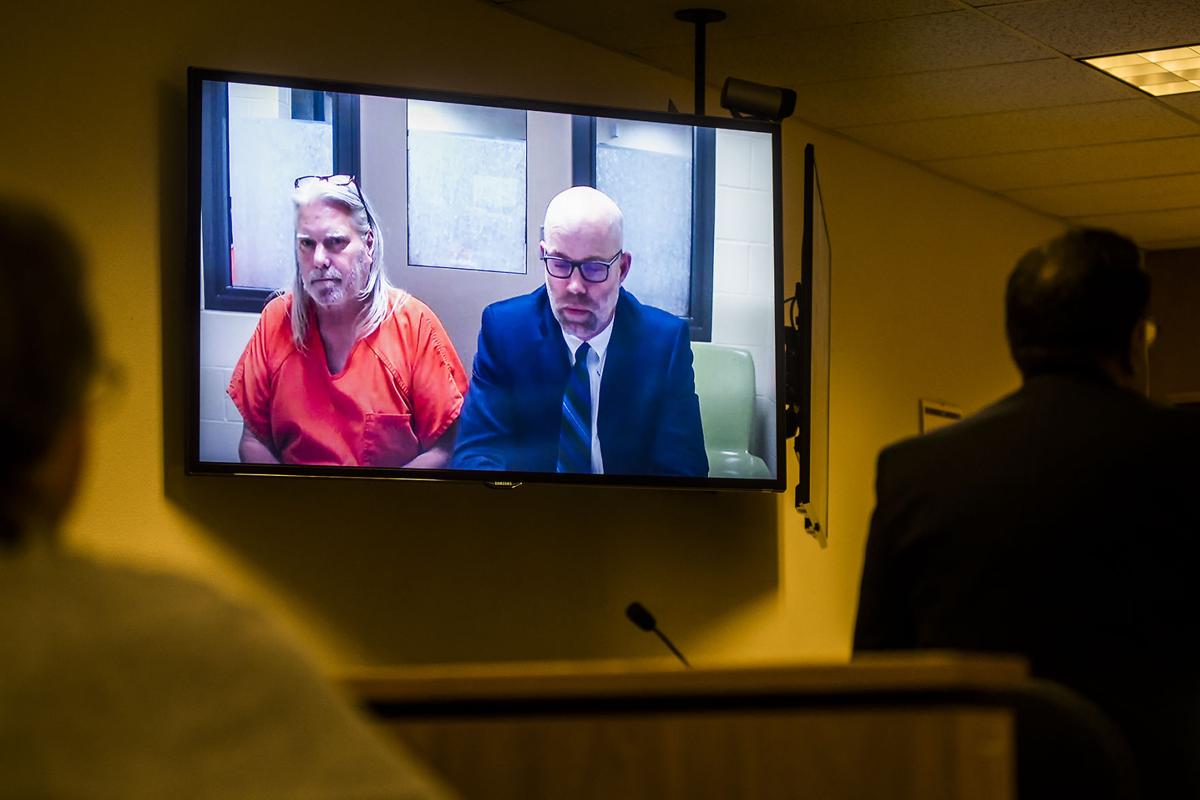 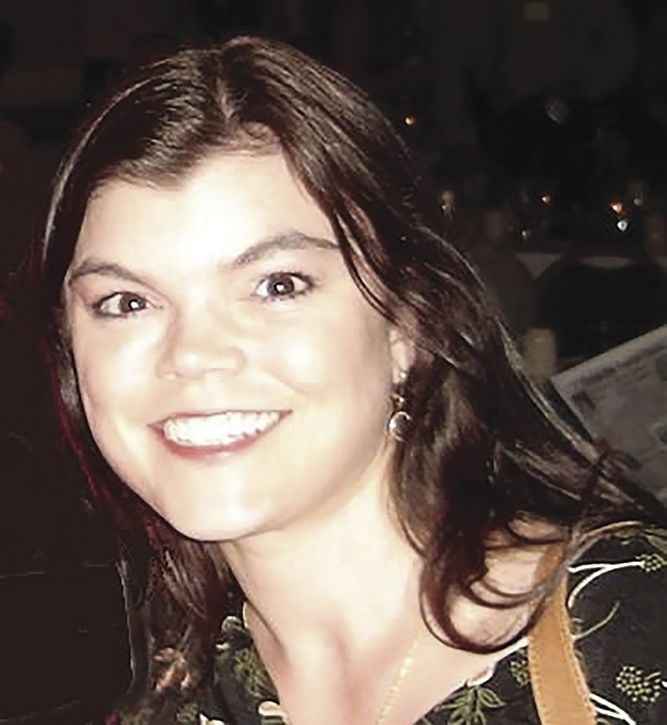 At 3 p.m. Tuesday, after 10 years of tracking down leads, interviewing suspects and scouring rural south Thurston County for evidence, law enforcement got a major and unexpected break in the Nancy Moyer case.

“Roberts stated that he killed Nancy Moyer 10 years ago and he felt tired of holding it inside,” according to a declaration of probable cause filed in Thurston County Superior Court. “Eric said, ‘I don’t think anyone will be able to find her.’”

Roberts was arrested Wednesday and on Thursday afternoon made his first appearance in Thurston County Superior Court on a charge of second-degree murder. Superior Court Commissioner Nathan Kortokrax found prosecutors had probable cause to charge Roberts and ordered him held on $1.5 million bail, just less than the $2 million requested by prosecutors.

Thurston County Chief Criminal Deputy Prosecutor Jeffery Lippert noted that his office had not made a final charging decision, and reserved the right to amend the charges by Monday, depending on the outcome of the continuing investigation.

An arraignment hearing is scheduled for July 23 in Thurston County Superior Court.

Roberts has previously been questioned in connection to Moyer’s disappearance. He lived only a few houses down from the Moyer family before Nancy Moyer moved to Tenino, and worked with Moyer at the state Department of Ecology. At the time of his arrest, there was an outstanding warrant for his arrest out of Snohomish County on suspicion of domestic-violence assault.

Nancy Moyer, 36 at the time, was last seen March 6, 2009. Her husband reported her missing two days later. Investigators determined that foul play was involved in Moyer’s disappearance and she is presumed dead. Investigators have pursued a number of leads over the past 10 years, but have never made an arrest until now.

On Tuesday, after the 911 call, Detective Mickey Hamilton of the Thurston County Sheriff’s Office responded to Roberts’ home in the 16500 block of Sheldon Lane Southwest in Rochester in response to the 911 call. Roberts was visibly upset, according to court documents.

“He was crying, clenching and unclenching his fists, and wringing his hands,” the probable cause report reads.

Roberts made a recorded statement in Det. Hamilton’s vehicle. He reported on the recorded statement, “I killed her,” and said Moyer attacked him and he “reacted.” He initially reported killing her near the Chehalis River. He went on to say he and Moyer had a sexual relationship. Detectives asked where to find Moyer’s body, and Roberts’ response was cagey.

“I’m not sure what to say right now. It’s very disturbing,” Roberts said, according to court documents.

Roberts then asked deputies to shut off the recorder, and according to their reports, changed both his behavior and his statements.

“At that point in the interview, Eric appeared to become more relaxed. He turned towards Det. Hamilton and relaxed his muscles as he changed his story to tell Hamilton he actually killed Nancy in his house,” according to court documents.

He went on to say they had “rough sex” and that he strangled Moyer with a scarf, killing her unintentionally. He told detectives he was using drugs and alcohol and said he didn’t realize at first that she was dead.

“Eric said that at first, he thought she was still alive, but then he realized she wasn’t because ‘She hadn’t moved in a really long time and she was not breathing,’” according to court documents. He told detectives he didn’t try to help her because he “freaked out.”

Wednesday wasn’t the first time Roberts had been interviewed or investigated in connection to Moyer’s disappearance. In May 2009, less than two months after Moyer’s disappearance, he told detectives she dated his nephew, and that he worked with her at the state Department of Ecology.

“Mr. Roberts stated that when he did arrive at work he would walk into the building with Nancy Moyer and would exchange pleasantries,” according to court documents. “He would also visit her occasionally at her work station as she was performing his various duties. Roberts claimed he had never dated Nancy Moyer and was clear she had never been to his home.”

Then in 2014, Detective Ben Elkins, another detective working the case, interviewed a woman who dated Roberts for several years after Moyer’s disappearance. She reported that Roberts had a “kind of weird,” conversation with her mother about Moyer, and that Roberts had “choked her out.” Roberts was arrested later on suspicion of domestic-violence assault.

After Roberts’ admission in the patrol vehicle, he asked if the detectives wanted to go on a walk, according to court documents. He went on to lead deputies on a walk on his property to a concrete fire pit.

“He just stood there staring at the fire pit without saying anything. When Det. Hamilton asked him about it he said, ‘I don’t really want to incriminate myself any further, but IF (sic) I was going to get rid of a body on my property, it would be right there.’ Eric then pointed to the fire pit,” according to court documents.

He then told detectives he burned the scarf but kept Moyer’s clothes in his basement. Detectives obtained a search warrant and began looking for evidence on the property on Wednesday afternoon. They have not commented on what evidence has been found, but Sheriff John Snaza gave brief comments on the investigation in a press conference Thursday morning.

Snaza confirmed evidence had been discovered and would be forwarded to the Washington State Patrol Crime Lab, but said that no body had yet been found.

Bail Set at $1.5M for Man Who Confessed to Killing Nancy Moyer and Later Recanted