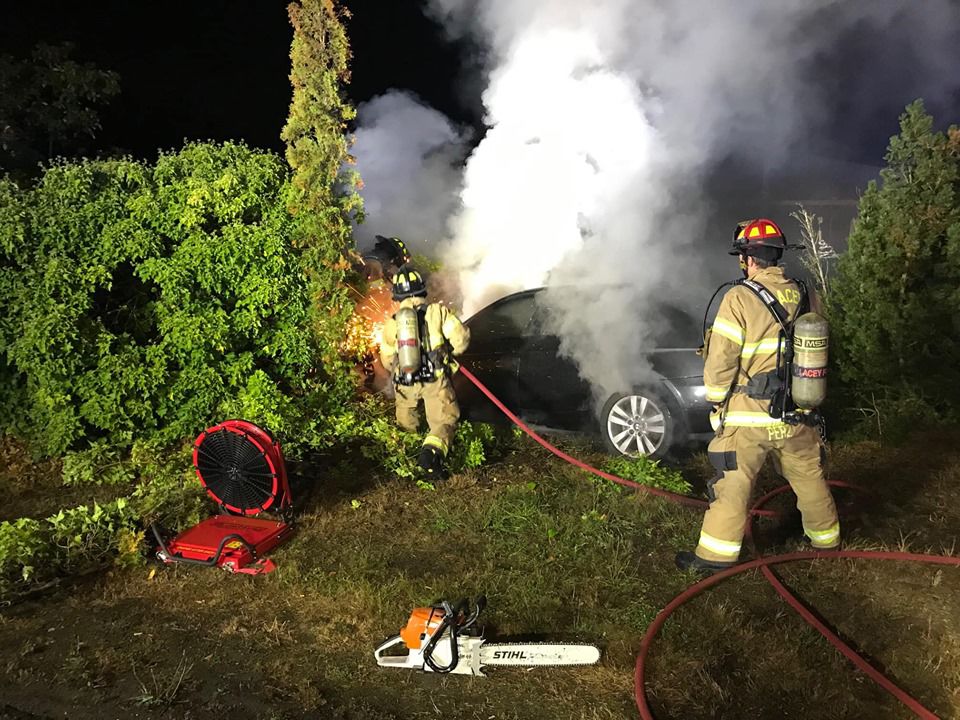 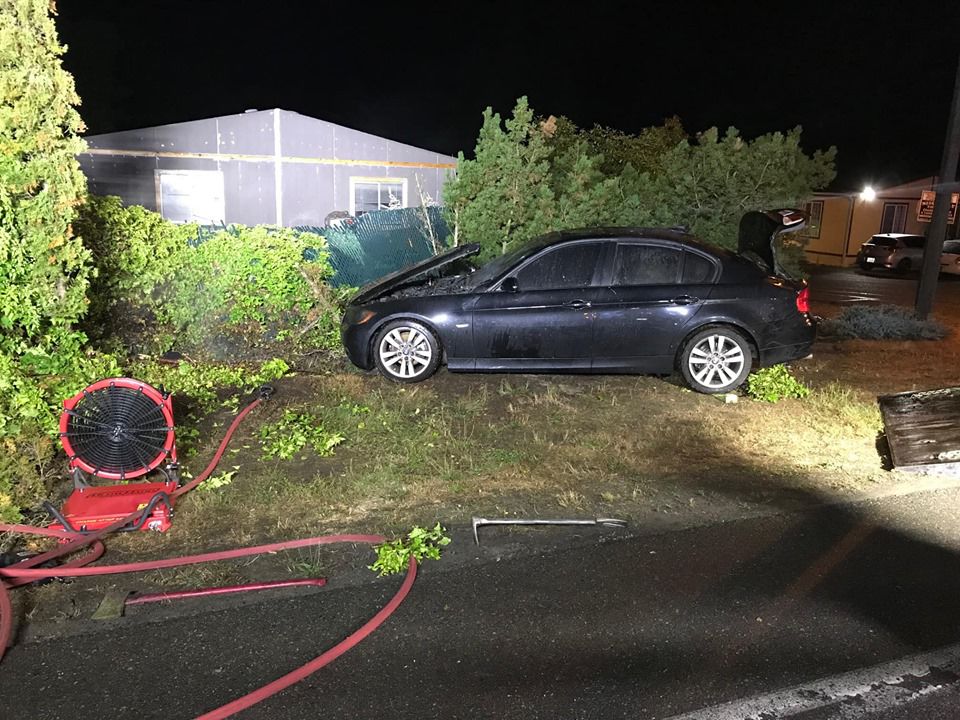 A 30-year-old woman was arrested after leading Thurston County Sheriff’s Office deputies on a chase that began in the Nisqually Valley and ended with a fiery crash on Steilacoom Road overnight.

The suspect’s vehicle crashed and caught fire in the 8500 block of Steilacoom Road, according to the sheriff’s office.

The residence was not struck.

The suspect, who was not identified in a social media post by the sheriff’s office, was arrested for several outstanding warrants, unlawful possession of a firearm and attempting to elude law enforcement officers.