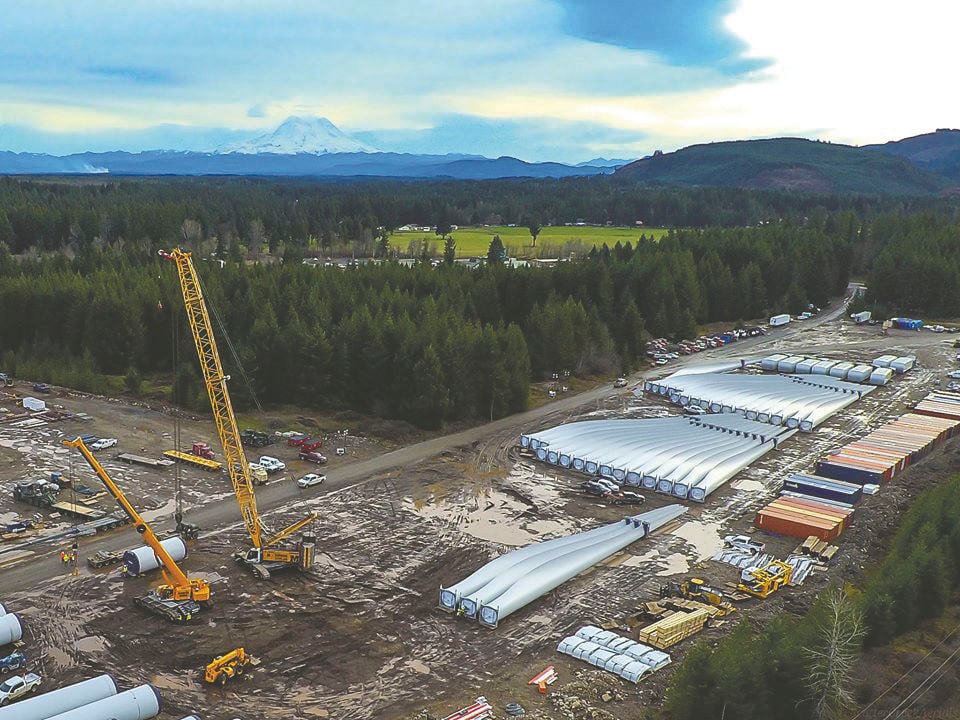 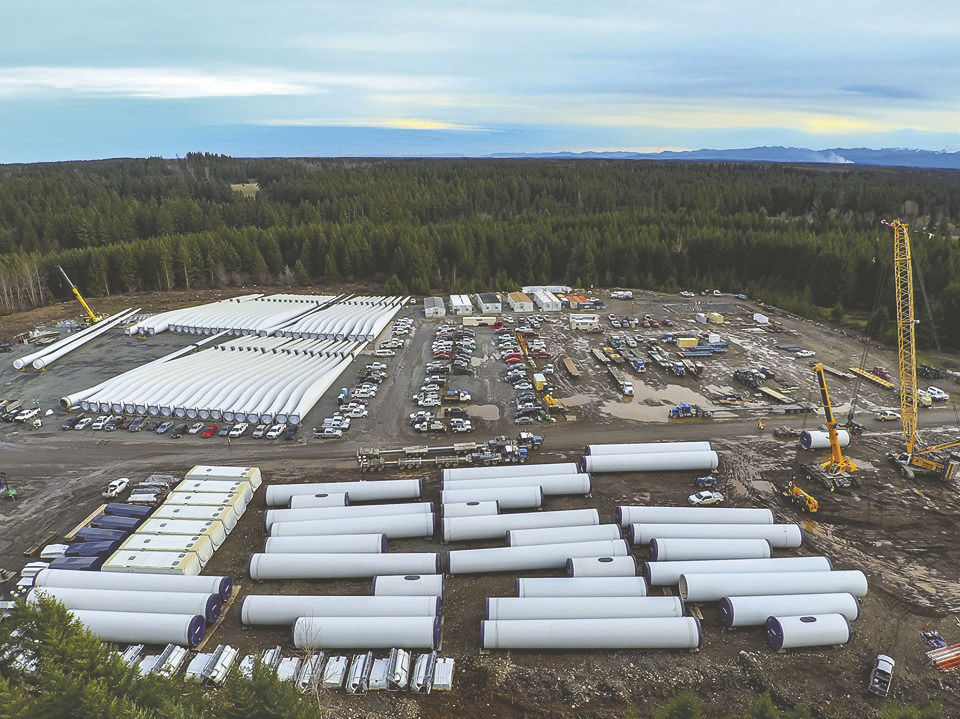 The yard for the Skookumchuck Wind Project is seen in this photo taken last week.

Aaron Norquist of Scatter Creek Aerials captured these photographs of the Skookumchuck Wind Project yard from above using a drone last week.

Construction of the 38-turbine project began last year on the Thurston-Lewis county line outside of Rainier.

It’s currently being developed and assembled by RES-Americas.

When the facility becomes operational early this year, the electricity generated will be sold to Puget Sound Energy through a 20-year contract.