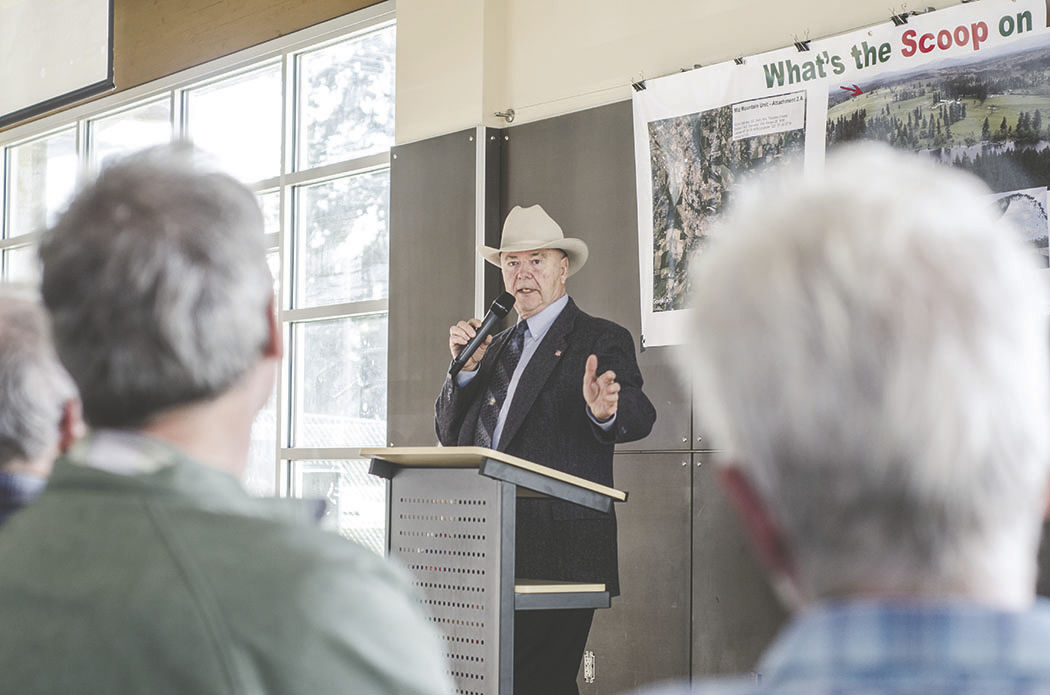 Thurston County Commissioner Gary Edwards speaks in May 2029 to a room full of attendees at Preserve the Common’s second public meeting. 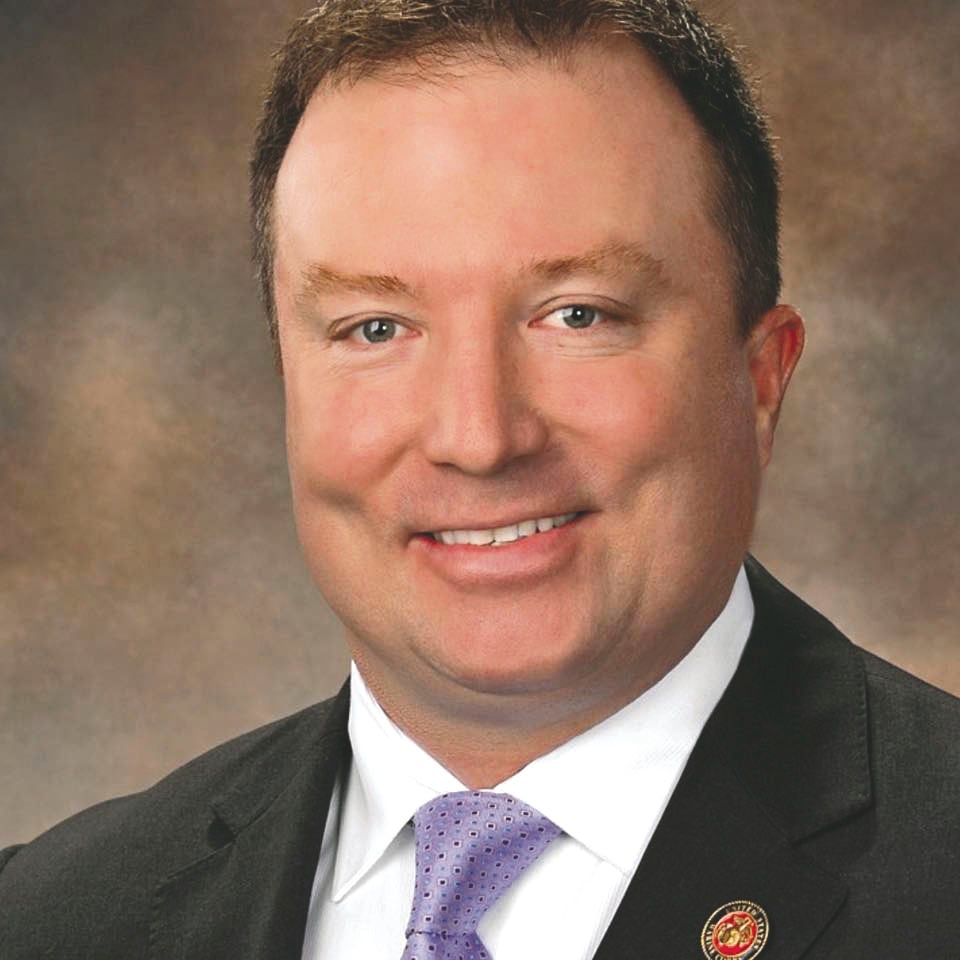 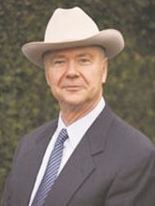 The two will face off in the August primary, and then again in November during the general election. Edwards is also running for a second term on the board as an independent.

The Nisqually Valley News reached out to the candidates recently with a questionnaire.

There are two seats on the Board of County Commissioners up for reelection this year. Commissioner John Hutchings will defend his seat against six challengers during this year’s primary.

The two candidates for District No. 1 who garner the most votes in the primary will move on to the general election in November.

According to the Thurston County Auditor’s Office, ballots will be mailed out July 15, and voters can update their information or registration online until July 27 or in-person through 8 p.m. on the day of election.

Candidates elected to the Board of County Commissioners serve four-year terms and currently make a salary of $126,588.

Independent Gary Edwards is hoping to retain his seat to continue addressing the complex issues facing the greater community, businesses and families, he said.

“I want to continue progress towards reducing regulatory roadblocks for small businesses and home builders and improved access to county services for the public,” wrote Edwards, a retired Thurston County sheriff. “My goal is to ensure this is the best place to live and work for generations to come.”

Edwards, 73, has deep roots in both the Yelm and Thurston County communities. A Yelm High School graduate, Edwards served 37 years in law enforcement and also served in the United States Army from 1965 to 1968.

“My family has been an active part of Thurston County for seven generations, and we believe in the future of this community. As a dedicated public servant for over 30 years, I have worked with all segments of our community and will continue to do so,” he wrote.

Thurston County, like many local governing bodies, has not avoided financial strain from the ongoing COVID-19 pandemic. Edwards’ solution to mitigating the impacts caused by the virus and government-mandated shutdowns is to continue to trim up the budget and reconsider the county’s spending habits.

“If we bring efficiencies to government, it will benefit local businesses and residents,” Edwards wrote.

Edwards said his priorities, if reelected, include working to focus on economic recovery, public safety, addressing mental health and addiction in the homeless community, reducing regulatory roadblocks for small businesses and home builders, and continuing to oppose the planned courthouse downtown.

“From the beginning, I stood against all of the bureaucrats from the City of Olympia and Thurston County to openly oppose the building of a new courthouse in downtown Olympia. This is not a wise use of tax dollars,” he wrote.

For more information on Edwards’ candidacy, visit www.votegaryedwards.com or his Facebook page.

A small business owner and six-year member of the Lacey City Council, Steadman is looking to take his public service to the next level and serve as a county commissioner.

“Public service is in my blood — serving our community is a core value I was raised on,” he wrote. “I want to put that knowledge and those skills into action to support the entire county now.”

In order to get Thurston County “moving again,” Steadman, 50, said the board needs to prioritize investments into infrastructure that leave people on better footing, and ones that promote health and safety.

Following his service in the United States Marine Corps, Steadman worked as a union sheet metal worker before entering the world of entrepreneurship. He wrote that his business focuses on supporting veterans and other entrepreneurs.

Running as a Democrat, Steadman said qualities he would bring to the board are an entrepreneurial spirit, a practiced approach and “compassion, kindness and inclusion.”

“There is no hiding that we face a long and difficult recovery from this crisis. If elected, I will seek the advice of experts throughout the scientific and medical communities, as well as work with county staff and other jurisdictions to get input and adhere to best practices,” he wrote.

Steaman added that he would like to see a solid plan addressing COVID-related issues from the Board of County Commissioners, Board of Health (which is made up of the same governing members as the BOCC) and the budget office.

“This crisis will certainly bring forward the already existing problems we face such as homelessness, the success of small business and the local economy, and the health and safety of the community,” he wrote. “I would like to see the county, municipalities and other jurisdictions provide seamless services for all members of our community. We must accentuate our strengths and be aware of our weaknesses at every level.”

Steadman said he supported the decision earlier this year to pull the vote to build a new courthouse from the April ballot, adding that he thinks even a vote by mail would have been too risky.

“We need to apply what we have learned to future facilities, recognizing that we are planning for the next 50 years, or more. I support new and more effective county facilities, and I support them in Olympia, as required by the state constitution,” he wrote.