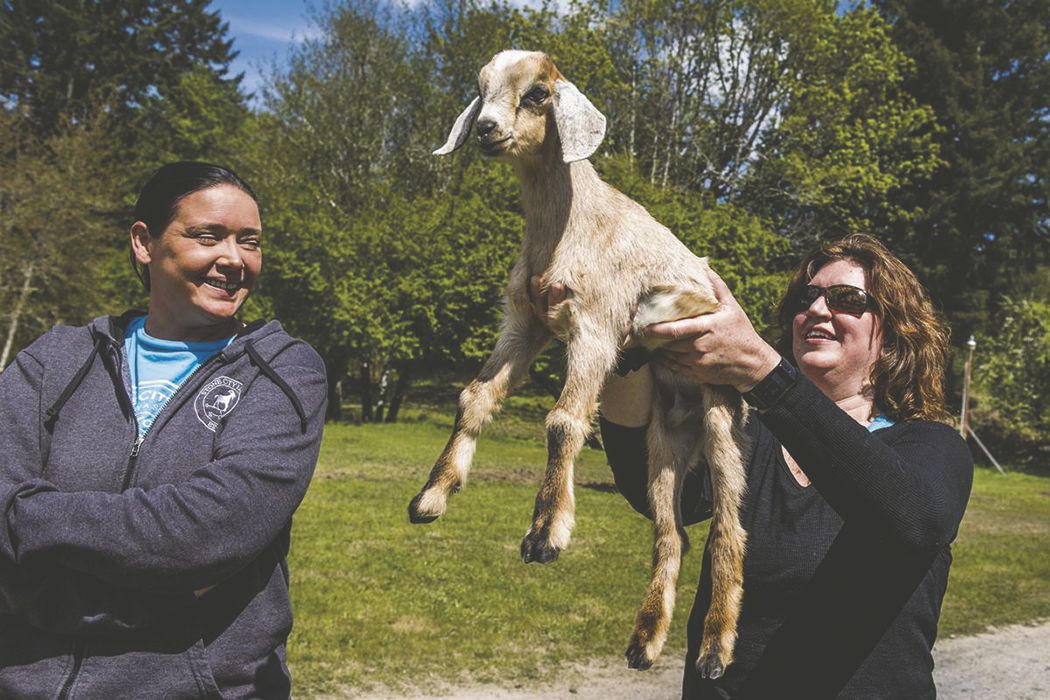 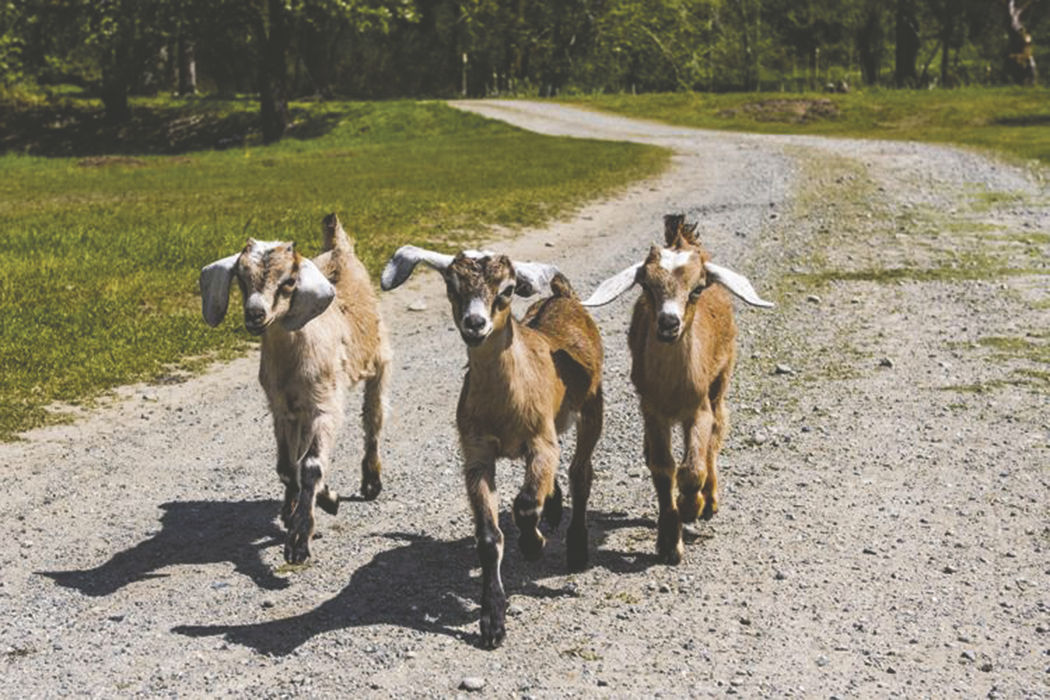 Known for her goat milk soap, owner of Stone City Farm Kathleen Nece says the question she gets asked the most is, “Do you actually have goats?” When Nece confirms that she does indeed have goats, a popular follow up question is, “Do you do goat yoga?”

A few years ago, when goat yoga started to become popular, Nece thought it was just a trend that would die out over time. However, she finally broke down and, starting Mother’s Day weekend, will host 60-minute goat yoga sessions with the 19 baby goats she currently has on her farm. The babies will all be bottle-fed, which means they will be very friendly, Nece said. She also found a yoga instructor to lead the classes, Sarah Gaden, who just happened to have previous goat yoga experience herself.

“I think the thing about goat yoga is that the yoga is nice to do, especially if you enjoy yoga, but it’s kind of like an event, like a grab your girlfriend and ‘we’re going to do this on Saturday,’” Nece said. “It makes a great conversation piece at dinner.”

Nece said this will be the first time they have invited community members to come out to her property. Stone City Farm has a booth at Pike Place Market, which means a lot of their customers are from the northern part of the state or tourists from different parts of the country, she said. She hopes that the goat yoga sessions will bring more Lewis and south-Thurston county residents to the farm.

For the yoga sessions, there is now a cleared, fenced space at the farm dedicated for the students and goats. Nece also purchased a large tent to use, depending on the weather, and will have tall propane heaters available if it’s cold outside. The goat yoga at Stone City is different than other yoga experiences because instead of going to a studio people are doing it outside in the country with animals, Nece said. There is also a nearby pond with a fountain that will provide peaceful background noise during classes.

“Yoga started off in India outside,” Gaden said. “The Hindus believe that the cows are very sacred, so the animals were always wandering around. So, it’s actually kind of going full circle back to the beginnings of yoga if you want to be technical, with much smaller, easier to hold animals.”

Gaden has practiced yoga for 20 years and got her teaching certificate from True Self Yoga in Olympia in 2017. Her goal is to bring in people who think yoga isn’t for them and hopes goat yoga will interest people who might not usually want to practice the discipline. No yoga experience is needed for the goat yoga sessions, just an open-mind, Gaden said.

During the class, she tells students that it is okay for them to pay attention to the goats instead of focusing on yoga. Even though the session won’t be super strenuous, students will still feel like they got a full-body stretch, she said.

“It’s your practice, it’s your time,” Gaden said. “If you want to listen and do (yoga) or play with the goats, I just try to make it mindful for people to breathe, close your eyes, hear all the sounds and take in the surroundings.”

Gaden recommends that people don’t eat or drink a lot before the class and that students wear comfortable clothing they can move in. Gaden and Nece also caution that the baby goats like to chew on hair and clothing. There is always the occasional “accident” as well, but they will have wipes close by for clean up, Gaden said.

“You don’t even need to be able to touch your toes, all you need is a love for farm animals,” Gaden said.

After a session, Nece invites everyone who attends to stick around and spend time at the farm. Attendees are welcome to bring their own food and drink while they enjoy provided hammocks, tables, chairs and friendly baby goats. Right now, Nece plans to have a class every Saturday during the summer, but she will add more classes if people are interested.

“The primary thing, I think, is just enjoy yourself,” she said. “Just relax and enjoy yourself. Don’t take it too seriously. It’s meant to be enjoyable.”

Class sign ups are currently available online for sessions throughout the month of June. Nece encourages people to make a day of it by attending a goat yoga class, relaxing at the farm, and then going into Tenino for other activities like the quarry pool or farmers market. For more information, or to purchase a ticket, visit www.stonecityfarm.com/.