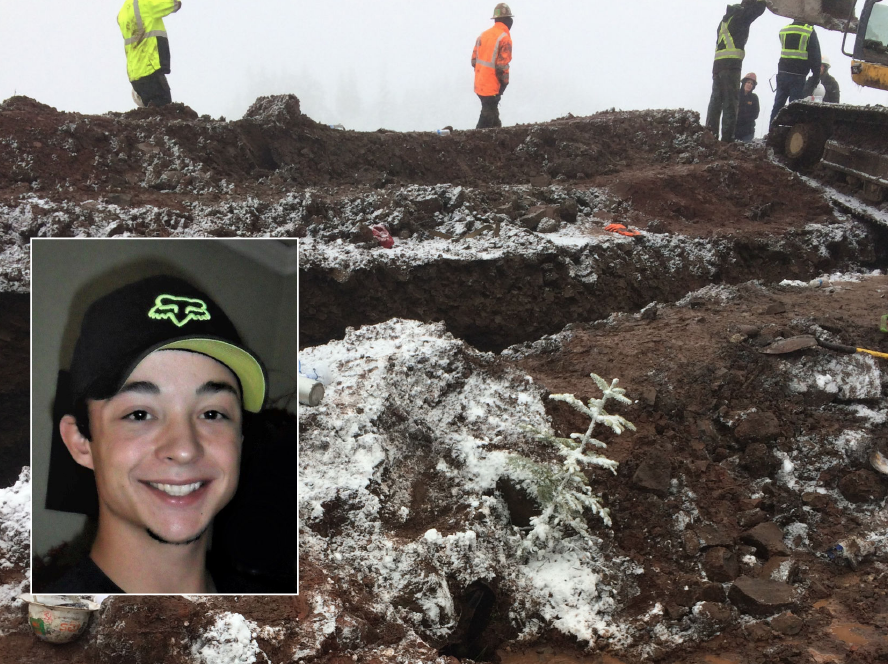 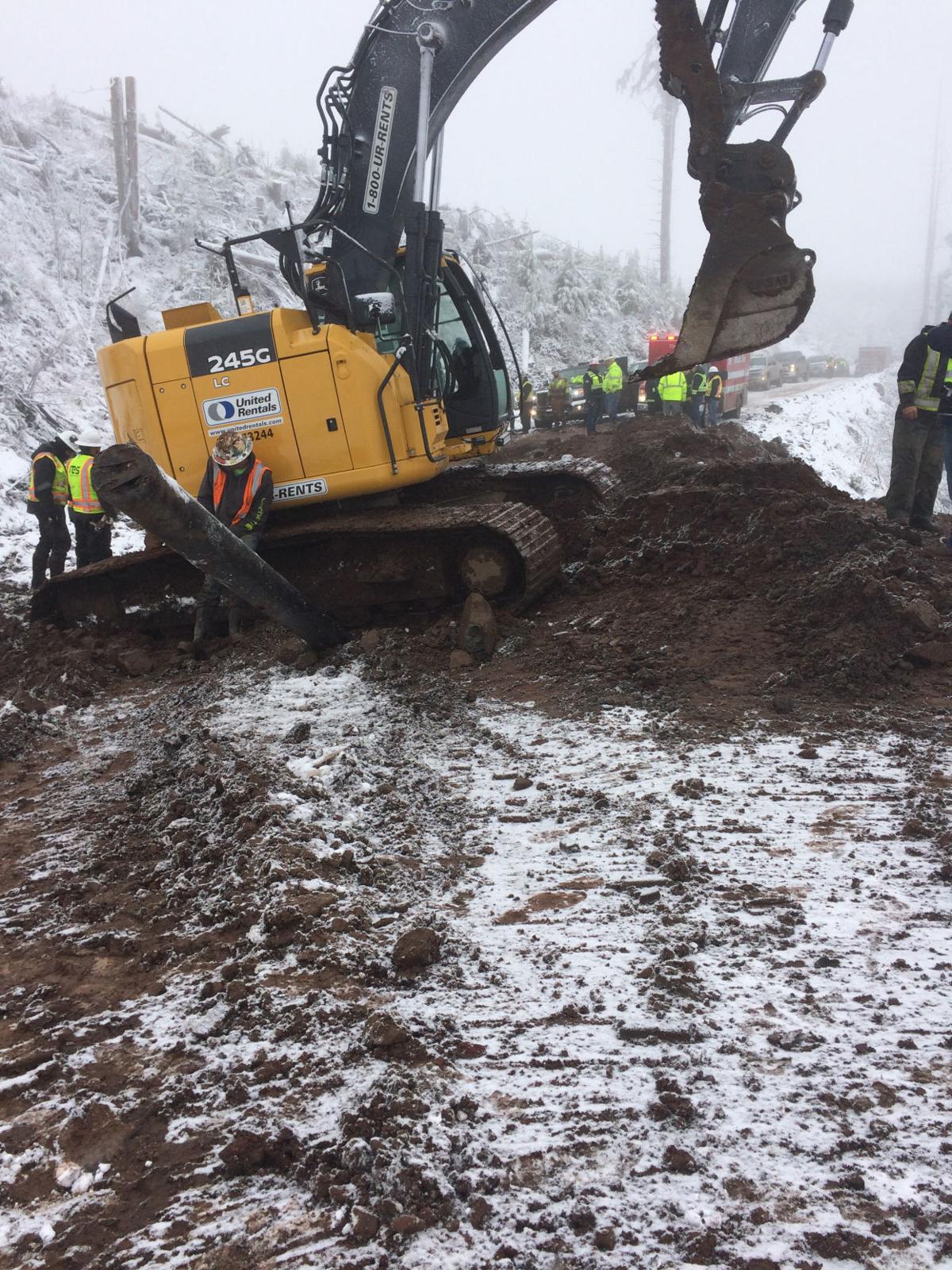 A three-man team at the Skookumchuck Wind Farm was attempting to slip a sleeve underneath a culvert about 15-feet deep. A trench collapse killed Jonathan Stringer, a 24-year-old Chehalis man, and critically injured one other worker who was transported from the lay-down yard in Vail to Harborview. 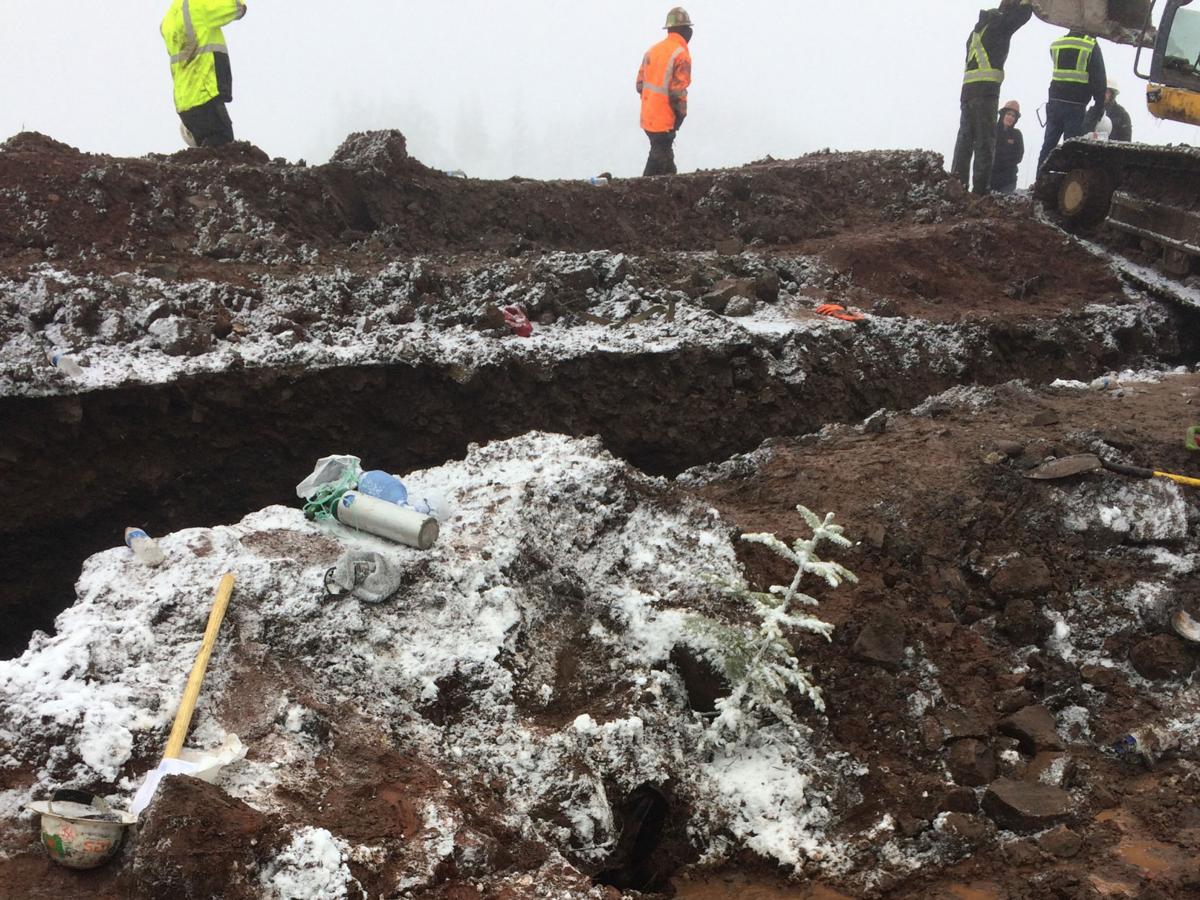 According to interviews with the Thurston County Sheriff’s Office, around 25 employees took turns trying to dig out Jonathan Stringer, who was buried during a pair of trench collapses at the Skookumchuck Wind Farm on Jan. 9. Contractors told the sheriff’s office around 30 minutes passed before they stopped hearing Stringer’s screams.

A lawsuit filed by the estate of Jonathan F. Stringer, the Chehalis man who died earlier this year when a trench collapsed as he worked on the Skookumchuck Wind Project, has been amended to include a company fined in a recent investigation by the Washington State Department of Labor and Industries, a lawyer representing the family said.

Stringer’s estate originally filed a lawsuit back in May against Renewable Energy Systems-America (RES-America), RES-America Construction and Weyerhaeuser Company for the alleged negligence that led to the death of Stringer, 24, as well as requesting unspecified special damages.

Last week — shortly after the department of Labor and Industries announced that its investigation identified safety and training violations in the project and ultimately fined three companies more than $500,000 — Stinger’s estate added RES-System 3 to the suit, which was cited the largest fine for its eight violations totaling $360,874.

Weyerhaeuser was not one of the companies involved in Labor and Industries’ investigation, but the plaintiff is alleging wrongdoing since the incident took place on the timber company’s land. The lawsuit was filed in King County Superior Court as it is Weyerhaeuser’s “principal place of business.”

“The callous disregard for the safety of the workers on this site is among the worst I have ever seen, and it is our intent to make sure these companies change their practice so that something like this never happens again,” wrote Nathan Roberts, an attorney at Connelly Law Offices who represents the family, in an email to Nisqually Valley News.

The lawsuit alleges that Stringer died a “premature, horrific, and unnecessary death” as a result of the companies’ negligence. Roberts added that none of the four defendants have yet responded to the lawsuit.

Alicia Rivera, director of marketing and communications with RES-America, which oversees three of the four companies now in the lawsuit, wrote in an email that the company would not comment on pending civil litigation.

The lawsuit and investigation both stem from the Jan. 9 workplace death at the Skookumchuck Wind Project where a pair of trench collapses led to one worker being critically injured and another killed.

Stringer was working for Aerotek, a RES-America subcontractor, on a three-man team the morning of the incident. Their job was to get a sleeve under a road culvert, roughly 15-feet deep, to install a cable for the wind turbines.

One of the men had jumped into the trench in an attempt to feed the strap under the culvert when a portion of the trench collapsed and buried the worker in more than a foot of dirt.

Stringer and the other worker responded quickly, jumping in to help him. But as the two were digging, a larger portion of the trench gave out, completely burying Stringer.

About 25 workers eventually arrived at the scene and attempted to dig him out. According to the lawsuit, it took about 30 hours for authorities to recover his body from the trench.

The project is still under construction and set to begin producing electricity sometime later this year.

In addition to the numerous violations, Labor and Industries also found that the accident was entirely preventable.

“Trenching at this depth, in the dead of winter after days of rain, in unstable solid with no trench box, was a recipe for disaster,” Anne Soiza, assistant director of Labor and Industries’ Division of Occupational Safety and Health, previously said.

In a statement, officials with RES-America stated they planned to contest the citations.

“We are heartbroken by the circumstances of this situation. RES fully cooperated with the Washington Department of Labor and Industries Division of Occupational Safety and Health during the course of this investigation,” the company said.

“We strongly disagree with the alleged violations outlined in the citations, and will contest the citations in the appropriate regulatory framework.”

Stringer’s estate didn’t identify the specific damages it is seeking through the lawsuit.