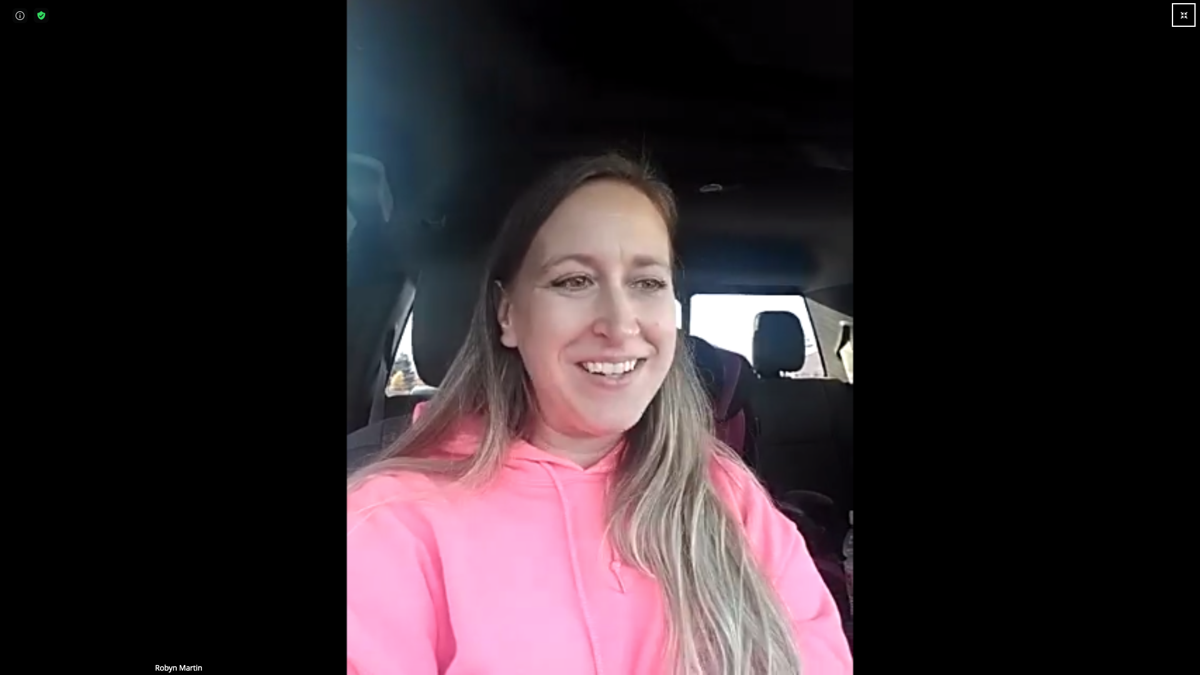 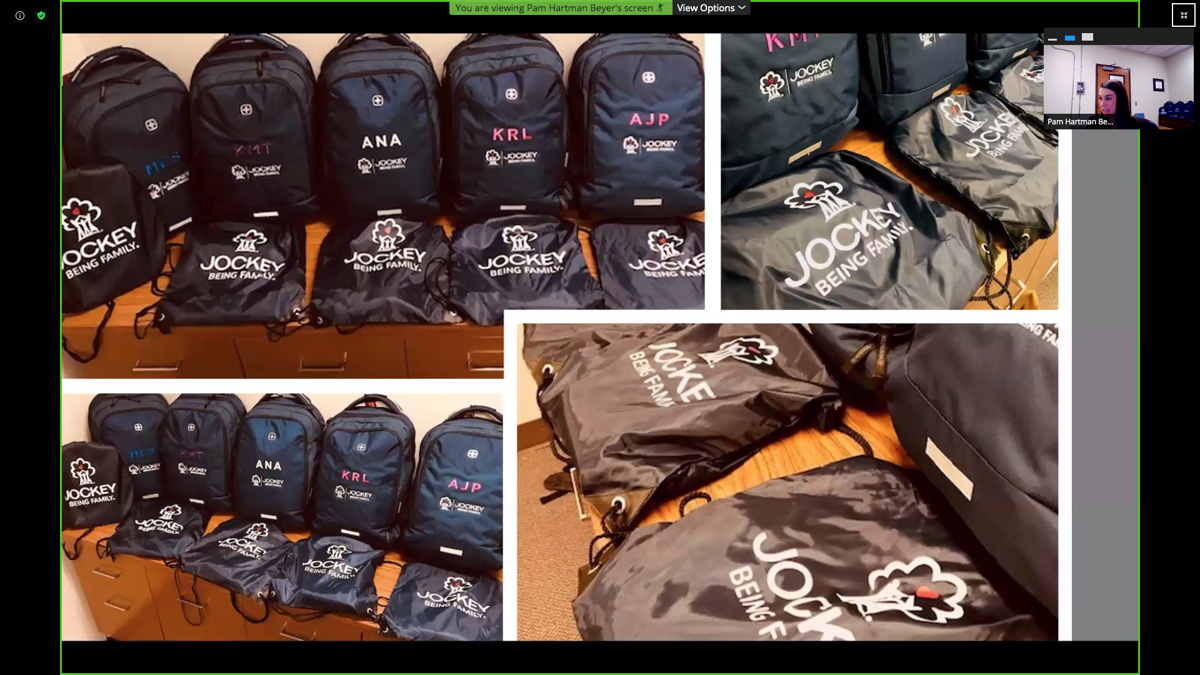 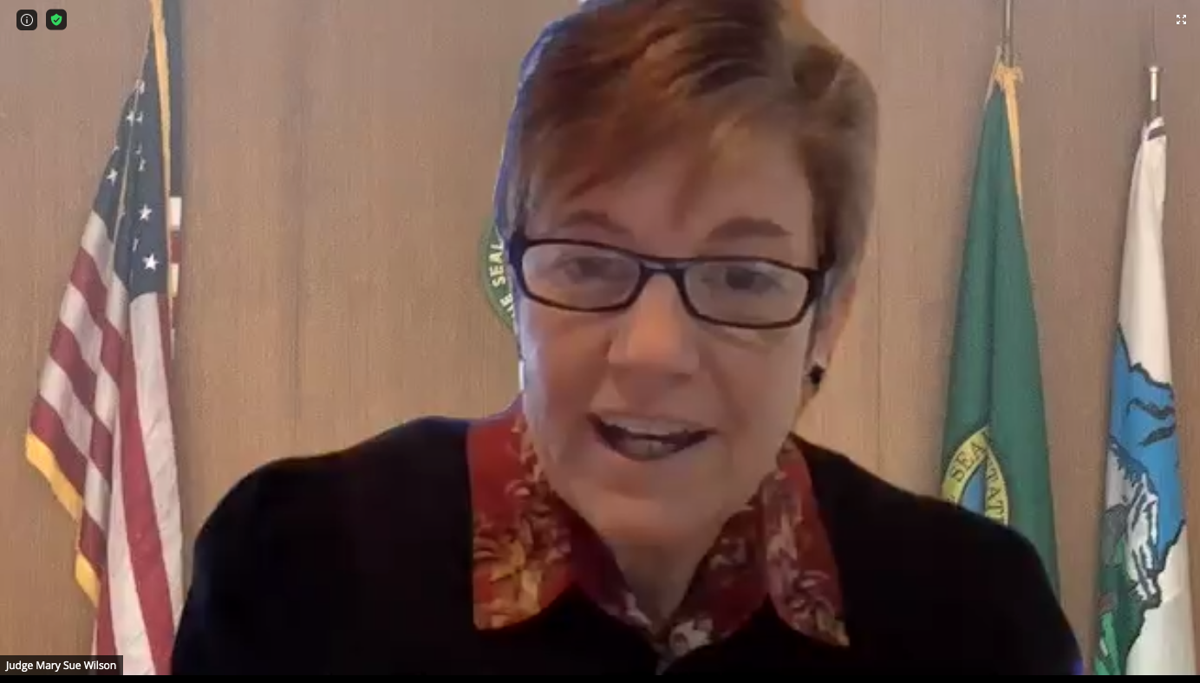 That’s because Martin, born in 1981, was herself welcomed — with open arms — into an adopted family at a young age.

“This day is so, so important to me. I really had to speak today and I’m really honored,” she said Thursday, Nov. 19, speaking remotely as part of Thurston County’s annual National Adoption Day, which for the first time was held via video conferencing means.

Speaking to more than three dozen attendees that logged in for the ceremony — as well as the five families that were adopting children that day — Martin told her story about how she came to be adopted through a private adoption agency.

Martin’s parents had been married for about eight years and had been working for about four of those to adopt a child of their very own. Her parents, she said, were unable to have a biological child of their own.

“They’d been working with an adoption agency for about four years to have a child placed with them, and before me they had a couple close encounters but they just hadn’t made the right match yet,” she said. “They were aching to have a child. And then, the day I was born, my birth mother reached out to a local attorney to facilitate a relinquishment.”

It was just two days after that call that Martin’s new parents picked her up from the lawyer’s office, she said. Her parents, caught off guard at the news that they’d be taking her home, hadn’t had time to prepare; Martin said she slept those first couple nights on a cardboard box.

“Growing up, I never didn’t know that I was adopted. I don’t even remember learning about it,” she said, noting that she followed in her mother’s footsteps by adopting her own Cabbage Patch Kid doll as a child. “My parents gave me opportunities to talk about being adopted and ask questions — and I had a lot of questions, some they could answer and some they couldn’t.”

Martin noted that, back in the 1980s, there wasn’t much opportunity for children to learn about their birth parents.

“They let me know that they would support me if I chose to search for my birth parents and always encouraged me to recognize the love and strength it took for my birth mother to give me to my family,” she said.

When she was 7 years old, her family adopted a 3-year-old boy from South Korea, she said. They waited for nearly a year on Tyler, her new brother, to come to the United States.

Martin said growing up they always had a lot of fun explaining to each other that they were siblings, despite the fact that they look nothing alike.

“People would ask my parents if Tyler was their real son, and my mom would always answer the strangest questions with ‘I don’t have any pretend children,’” Martin recalled, adding later that, “I know my real family, and they make me happy. And that’s what adoption does: It creates families — real families, just as real as a family that shares DNA.”

Despite some families looking different and the way in which families come together, Martin said that adoption families are real families because the love is real.

“These are really special events,” said Judge Anne Hirsch, who serves on the Thurston County Family and Juvenile Court. “We do this event to shine a light on the need for families such as the five that we have here to step up and open up their homes and their hearts to children who need a forever home.”

Hirsch said there are more than 1,200 children in Washington state who are “legally free,” meaning that they are not tied by law to any one guardian and are ready for adoption.

The event serves as a reminder to the public that nearly anyone can adopt a child and help make an impact in their lives.

“There’s no one-size fits all family,” she said. “Any family can adopt.”

The families on Thursday also received books donated from South Sound Reading Foundation, a one-year pass to Hands On Children’s Museum of Olympia, a bouquet of flowers, an adoption day Teddy bear and blanket from the state Administrative Office of the Courts, and a monogrammed backpack.