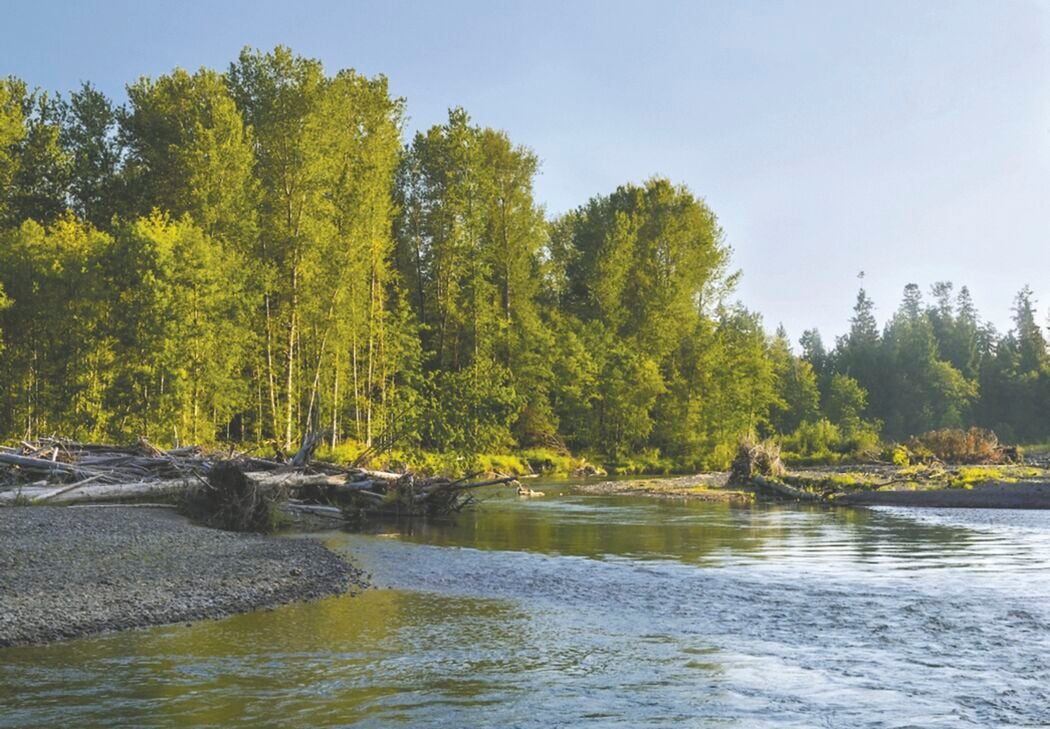 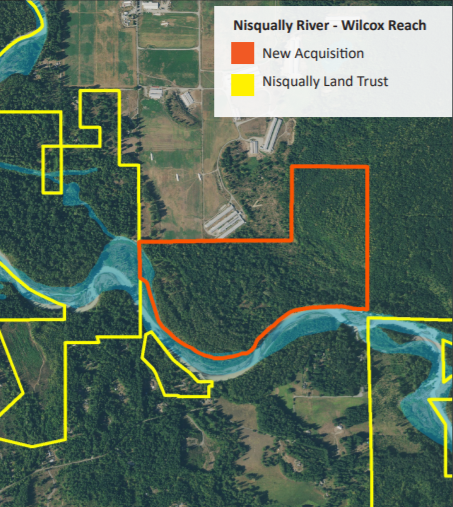 The Nisqually Land Trust last week announced the acquisition of 174 acres of floodplain and upland forest that previously was zoned for upwards of 34 homes but will now host some of the most critical salmon habitat recovery efforts on the river.

The property is located on the Pierce County side of the Nisqually River on a portion of land deemed the Wilcox Reach, just a few miles upstream of Yelm. The property is just south of Wilcox Family Farms.

To members and officials with the Nisqually Land Trust, as well as environmentalists and fish advocates, this is one of the biggest wins to come out of the area in the last few years. This land acquisition, roughly five years in the making, is the longest remaining run of wild salmon-producing shoreline on the river.

“This property is the river’s crown jewel,” Lands Committee chair and founding land trust member George Walter said in a news release from the nonprofit. “In terms of salmon recovery, there’s nothing else quite like it.”

Speaking with the Nisqually Valley News, new Executive Director Jeanette Dorner praised the work of Walter, former executive director Joe Kane and other Land Trust members who had worked tirelessly toward the result.

“Our founder, George Walter, started the ball rolling a long time ago, and Joe did a lot of work to take it to the finish line,” she said. “We’re just really excited about this because this piece was the last big undeveloped piece on the river that had not been put on protected status.”

Prior to the transaction, Dorner said, about 78 percent of the fish-producing parts of the Nisqually were protected. With the acquisition of the longest remaining, contiguous stretch, this boosts that percentage substantially.

The Land Trust since December 2019 has reported protection and stewardship of more than 7,500 acres of land throughout the Nisqually River Watershed, which is one of the most protected and undeveloped rivers in Western Washington thanks in large part to the Billy Frank Jr. National Wildlife Refuge located at its mouth and Mount Rainier National Park located at its glacier.

According to the news release, the Nisqually Indian Tribe, the lead entity for salmon recovery in the watershed, also assisted with logistical efforts through its Chinook salmon and steelhead recovery plans, which rate the property as “highest priority for permanent protection.”

“This project is also an outstanding example of the way we cooperate and build partnerships here in the Nisqually Watershed,” Walter said in a statement.

The property — nearly a mile of which runs along the Nisqually River — was purchased for about $1.2 million, the majority of which was awarded to the Land Trust through the Washington Recreation and Conservation Office’s Puget Sound Acquisition and Restoration program. The state Department of Ecology, through the Streamflow Protection program, provided the final $200,000.

Fish populations in recent decades have seen stark declines in not only the Nisqually River but around the Puget Sound region. Winter steelhead runs, once the strongest in the region with more than 7,000 fish returning to the Nisqually River system before the 1990s, now only tally upwards of 500.

The Nisqually Land Trust has worked the land around the river since 1989 in an effort to improve ecological benefit of the river system. Managing its steward lands and providing rearing environments for fish help with that mission.