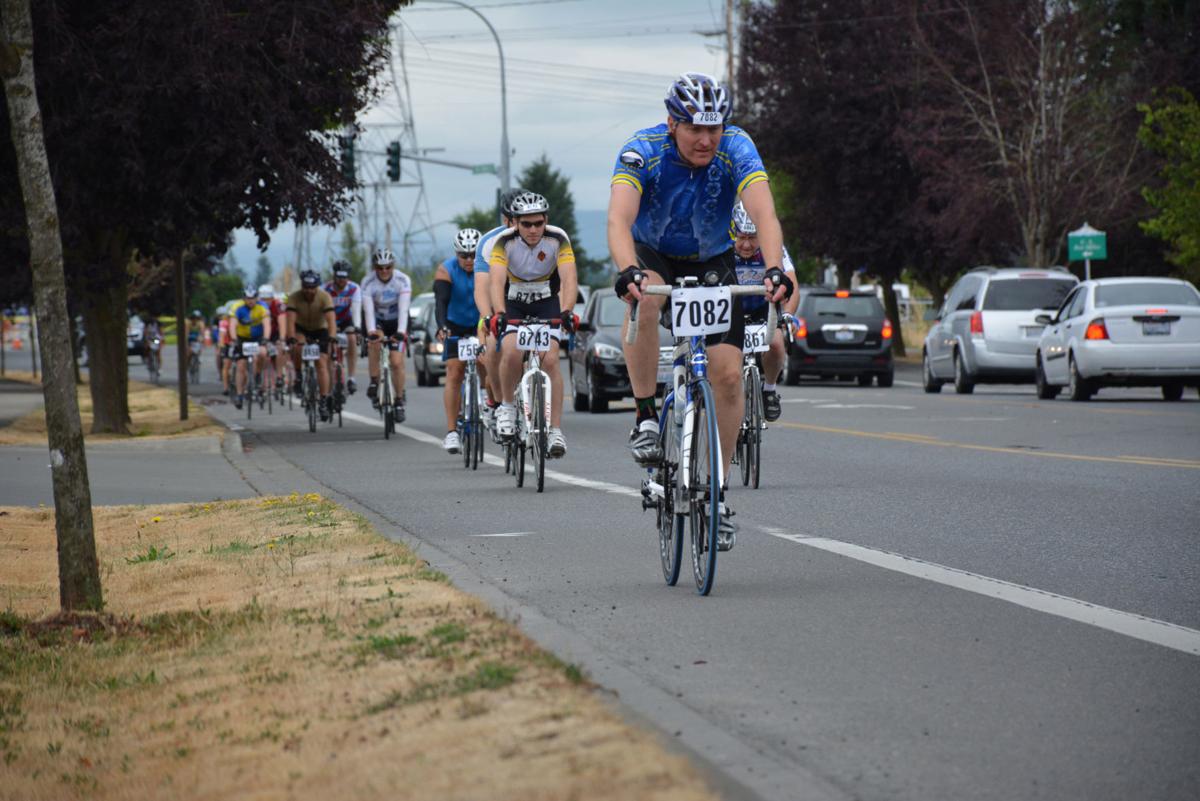 Roughly 10,000 riders pedaled through Yelm in July 2019 on their 200-plus mile bicycle trip from Seattle to Portland, Oregon.

An estimated 10,000 bicyclists pedal through Yelm during a past year as part of the Seattle to Portland Bicycle Classic. 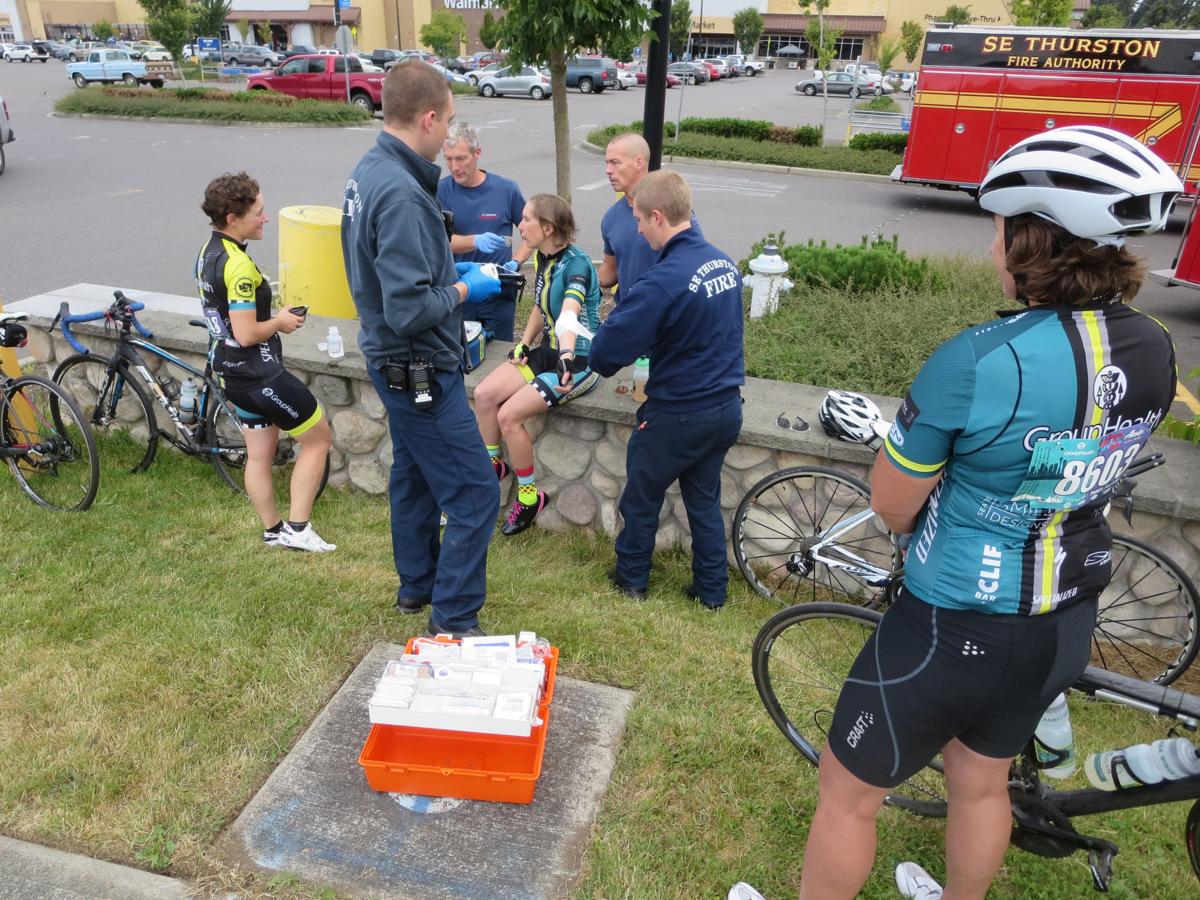 STP rider Nikki Mohrbacher receives medical attention from Southeast Thurston medics after taking a digger on the railroad bridge near Wal-Mart in a past year of the Seattle to Portland race. Teammates Bailey Coerver, left, Stacy Munn and Karen Wilkinson, not pictured, rode together as Team Group Health. It was Mohrbacher's first Seattle to Portland ride.

Since about 8,000 bicyclists will be riding through Yelm for the Seattle to Portland Bicycle Classic July 13-14, the city of Yelm is preparing for a whole lot of traffic this weekend.

Mayor JW Foster, for one, said he is excited for all the thin rubber to hit the road.

“The Seattle to Portland bike event has been rolling through Yelm for 40 years,” Foster said. “Some folks love it and some folks are annoyed by it, but I personally think it's great. Not that I'm going to ride 200 miles on my bike, mind you. I'm perfectly content to watch the spectacle and wave at folks as they ride by.”

The route used to go right down Foster’s street, and he would hear bicyclists confused by how the route went in and out of Yelm’s roads.

“But now the route comes right through the middle of town,” Foster said. “Our officers (paid for by the STP organization) will help keep cars and bicyclists riding well together, and I've always been proud of locals' patience in accommodating this one-day-a-year event.”

Foster said Yelm will put up small banners along State Route 507 that riders will see as they come down the hill near Walmart.

“And when they get to the community center at Mosman and Second, they'll find that Yelm has a pretty good welcoming committee waiting,” Foster said.

The Yelm FFA Alumni and a Boy Scouts troop will be selling snacks, while the Yelm High School sports medicine students will be on hand to treat minor abrasions, strains and blisters, Foster said.

In addition, the Southeast Thurston Fire Authority will have an aid vehicle there in case anyone needs a little more assistance. There will also be bike mechanics, a water bottle filling station and clean bathrooms available for the riders and their support teams, Foster said.

Racers who want a break may choose to visit the Yelm Farmers Market, which will be going on that Saturday.

Foster said that organizations from the community and beyond have opened up to support this event and to keep it safe, especially Wilcox Family Farms and the Cascade Bicycle Club.

“The Cascade Bicycle Club has been great to work with and have not only covered the costs of providing police officers to help with traffic, but they've also given us cash grants to help with projects in the park,” Foster said.

“My favorite overheard conversation last year was, ‘Yelm's cool, we need to come back sometime!’ So the next time they're on a road trip heading through Yelm, they'll stop and shop and recreate a little in the little city that was so welcoming,” he said.

The STP route follows state highways and local roads in these areas: