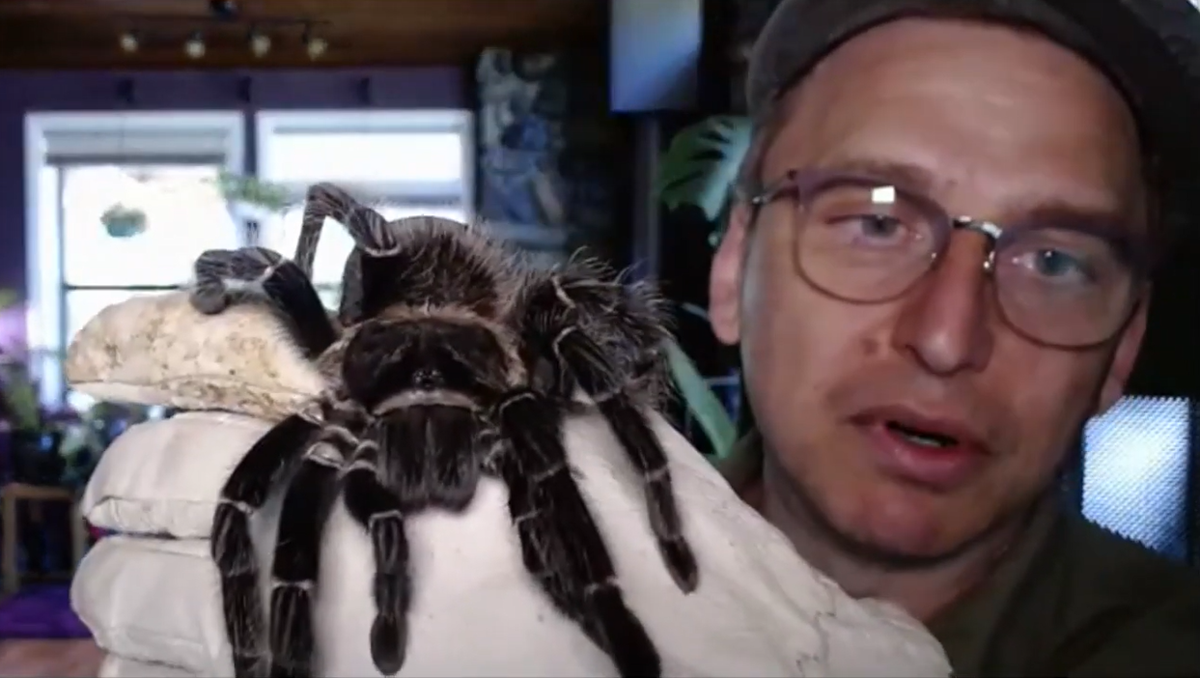 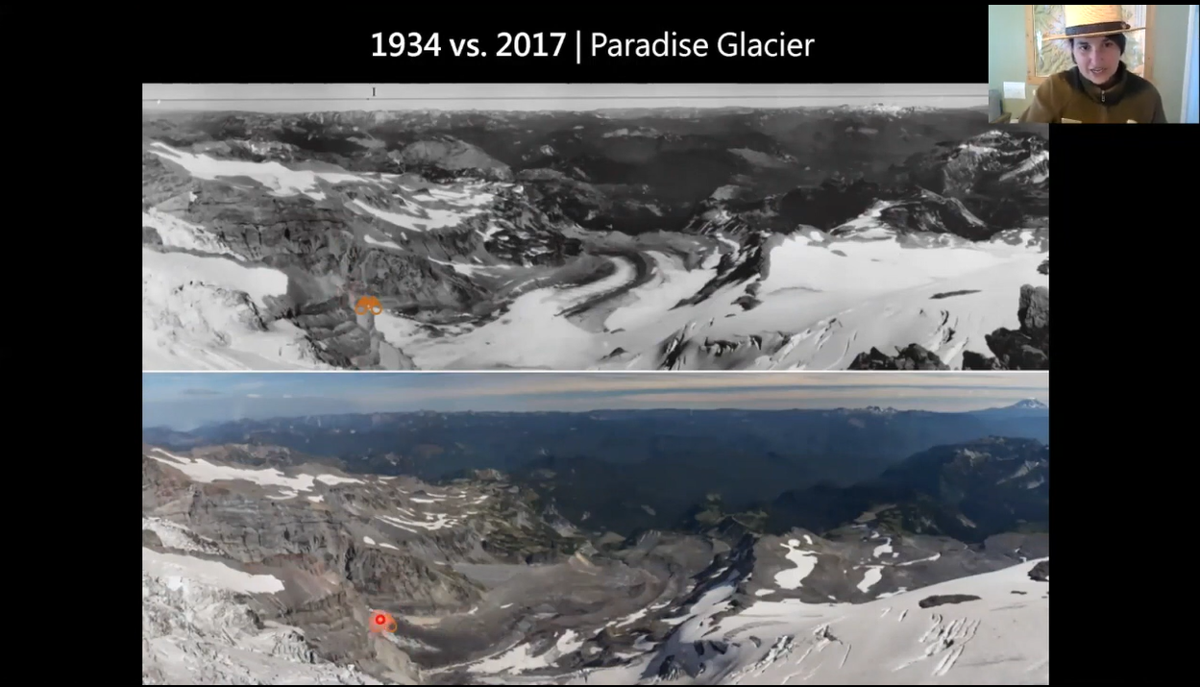 From about 14,000 feet above sea level, Mount Rainier National Park Ranger Annie Runde gives an overhead tour of the Nisqually Watershed, starting first at the Nisqually Glacier located on Mount Rainier. Runde here explains the receding glacier and how that helps to form the valleys present in the watershed today.

The Nisqually Watershed Festival host committee held its annual event — full of crafts, science, music and wildlife appreciation — online last Saturday. The event was streamed for the first time ever, and an archive of the video can be found online at www.nisquallyriver.org/festival/.

The nearly five-hour long festival this year included a number of mainstays as well as new events and learning opportunities that were brought forward for the first time thanks to the livestream.

Viewers were able to participate in a thorough tour of the upper Nisqually Watershed by way of Mount Rainier National Parks rangers, flyovers of the Nisqually Community Forest, Mashel River Watershed and Nisqually River areas, and take a tour of and learn about the Sequalitchew Creek historical area.

Crafts — including making a stick snail with Northwest Trek staff, salmon printing on T-shirts, and creating egg-carton oysters with the Puget Sound Estuarium — were also hosted during the festival.

The volunteer and conservancy work done by the Nisqually Land Trust was also spotlighted during the livestream. The Land Trust, an independent nonprofit organization, works to acquire and manage land around the Nisqually River to benefit the water and wildlife of the watershed, especially when it comes to fish issues.

“Our two native salmonids that are listed under the Endangered Species Act have maybe 400 spawning adults — and it goes up and down — that means we’re one or two bad years from losing those species,” said Executive Director Joe Kane, who is retiring after roughly 20 years with the organization. “And we know that if we can turn conditions around somehow in the marine areas, then those fish will come back in a big way. But we have to keep the wildlife, we can’t afford to lose a single foot of habitat. We have to restore every foot we possibly can, and that’s what we do.”

The watershed is unique in that it is the only one in the United States that starts in a National Park and ends in a National Wildlife Refuge, and the Land Trust has been a leading figure in protecting the water and land located in between.

Despite being removed from where the festival grounds usually are, online attendees were able to get a tour of the land and many species located within the Billy Frank Jr. Nisqually National Wildlife Refuge.

Since 1974, when it was established, the refuge has worked to preserve and protect the Nisqually Delta area for not only the critters that occupy the lands, but for people like refuge volunteer and birder Phil Kelly, who was profiled by the festival.

Every Wednesday morning, for the past 15 years, Kelly has led a bird watch at the refuge.

To Kelly, there’s always something new to learn and see at the delta.

“Every day is a different day at Nisqually. You just don’t know what you’re going to see,” he said.