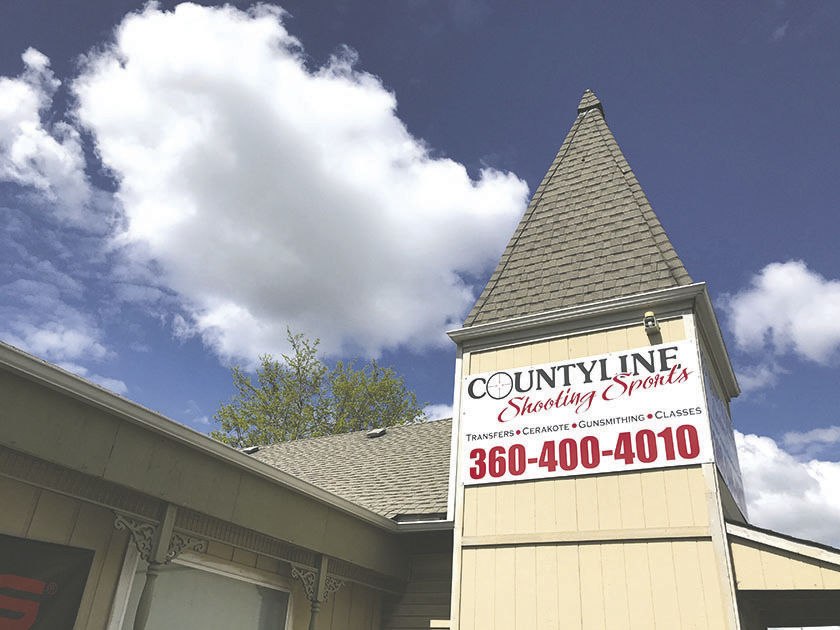 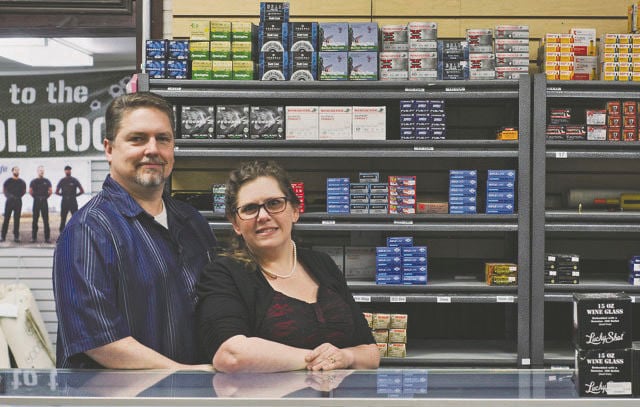 Countyline Shooting Sports is planning to move to Yelm this summer, with bigger plans to merge with an Olympia-area gunsmithing company to eventually build one of the largest publicly accessible indoor gun ranges in the state.

The firearms retailer plans on occupying the building once used by Get Fit Yelm at 16910 State Route 507.

Originally founded about 14 years ago in the small renovated “gun church” at 35502 State Route 507 where it’s still based out of, Countyline will soon be no more as the owners plan to merge the brand with Olympia-based Pearson Arms into a new enterprise called Long Shot Indoor Range.

The company’s new digs will feature 8,300 square feet of new space, with plans for further expansion.

The planned move to Yelm started similar to a line of dominoes. Puget Sound Entertainment recently vacated its facility which housed its indoor play center at 103 93rd Ave.

With the building empty, Get Fit Yelm gave notice at the end of February and began their move over to Puget Sound’s building.

Swetz said Countyline has largely benefitted from the Get Fit’s early move since it allows them to get into the building earlier to begin work on the infrastructure. They’ve been planning a move for a number of years.

Pearson, a former Department of Defense electronic engineer turned gunsmith, said the move to Yelm will be just the first phase in a three-phase master plan for the new company. In addition to moving, the company also plans on quickly implementing the four columns of its major business plan — retail, maintenance, gunsmithing and education.

In the second phase, Long Shot owners plan on pursuing construction to build the large indoor range, which is currently projected to cost a minimum $7 million.

“It’ll be nationally renowned, only because of the size. Simply and purely,” Pearson said, adding that they’re still currently locking down investors for the project.

The third phase, Pearson said, will be all about broadening the services available at the gun range.

Long Shot owners don’t deny they’re shooting for the stars with this venture. But seeing as how the coronavirus outbreak has sparked fear, and thus extra demand in the firearms market, they’re willing to move forward with the project if there are interested investors.

Fear of the coronavirus pandemic was just starting to take hold nationwide in early March. That month, the Federal Bureau of Investigation reported a 33-percent increase in the number of National Instant Criminal Background Checks performed, which is one of the primary checks performed by firearm salesmen. About 3.7 million background checks were done during that one month.

Throughout the pandemic, Countyline has stayed open while also implementing social distancing measures, though it’s unclear whether they were required to close under Gov. Jay Inslee’s “Stay Home, Stay Healthy” order. The owners say they have found it difficult to keep steady inventory on the shelves though as demand skyrocketed for common merchandise, such as ammunition. The retailer even closed its doors on March 22, according to its Facebook page, due to low inventory and shipment delays.

“Ammunition is actually the biggest pain trying to find right now,” David Swetz said. “My understanding is that (the manufacturers) are at capacity as far as the manufacturing goes, and they’re running 24/7 and still can’t keep up with the demand.”

Swetz and Pearson said this has been in line with other events that have occurred over the last couple years, including the 2012 presidential election and even the recent passage of Initiative 1639, the controversial ballot measure that raised the age to purchase some firearms from 18 to 21 and expanded background checks.

The owners also say moving from Pierce County to Thurston County will have an affect on how quickly they’re able to operate their business. The Thurston County Sheriff’s Office is much more expedient when it comes to processing background checks, they say. The county, in some cases, can be twice as fast as Pierce County.

Swetz said Countyline’s move and rebranding has been a long time in the making. For the last three years, the company has looked at properties, warehouses and facilities all throughout the Nisqually Valley area. The hope is to continue to stay along the Interstate 5 corridor, where they know they’ll be in view to traveling recreationalists.

“You don’t want to put it up in a bedroom town. Yelm is not a bedroom town to me,” he said. “It’s growing, it’s up and coming. We see development happening all over the place, so we want to be a part of that development as well. And not to be just a part of it, but to contribute to it.”