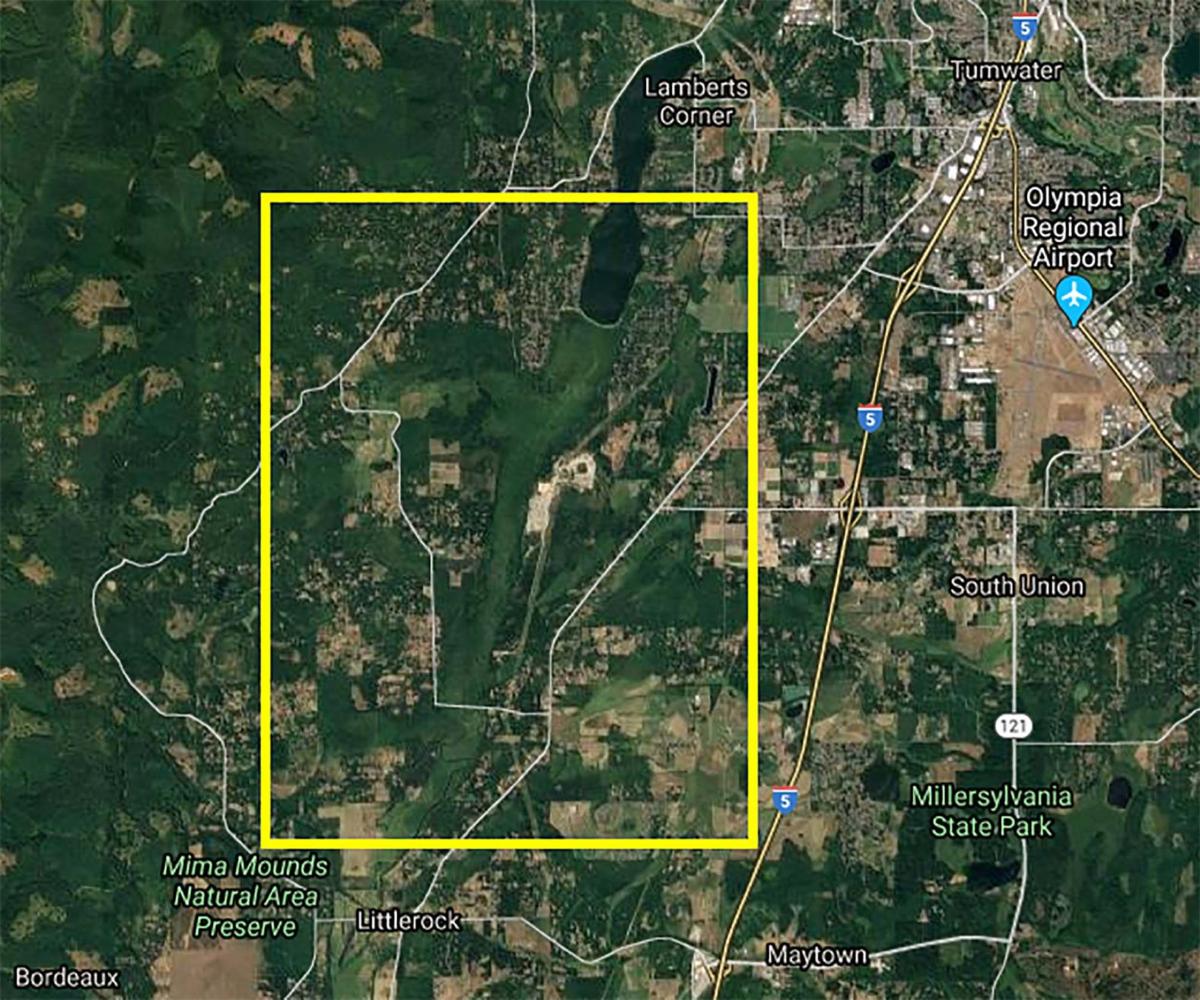 The Thurston County location where a proposed airport would stand 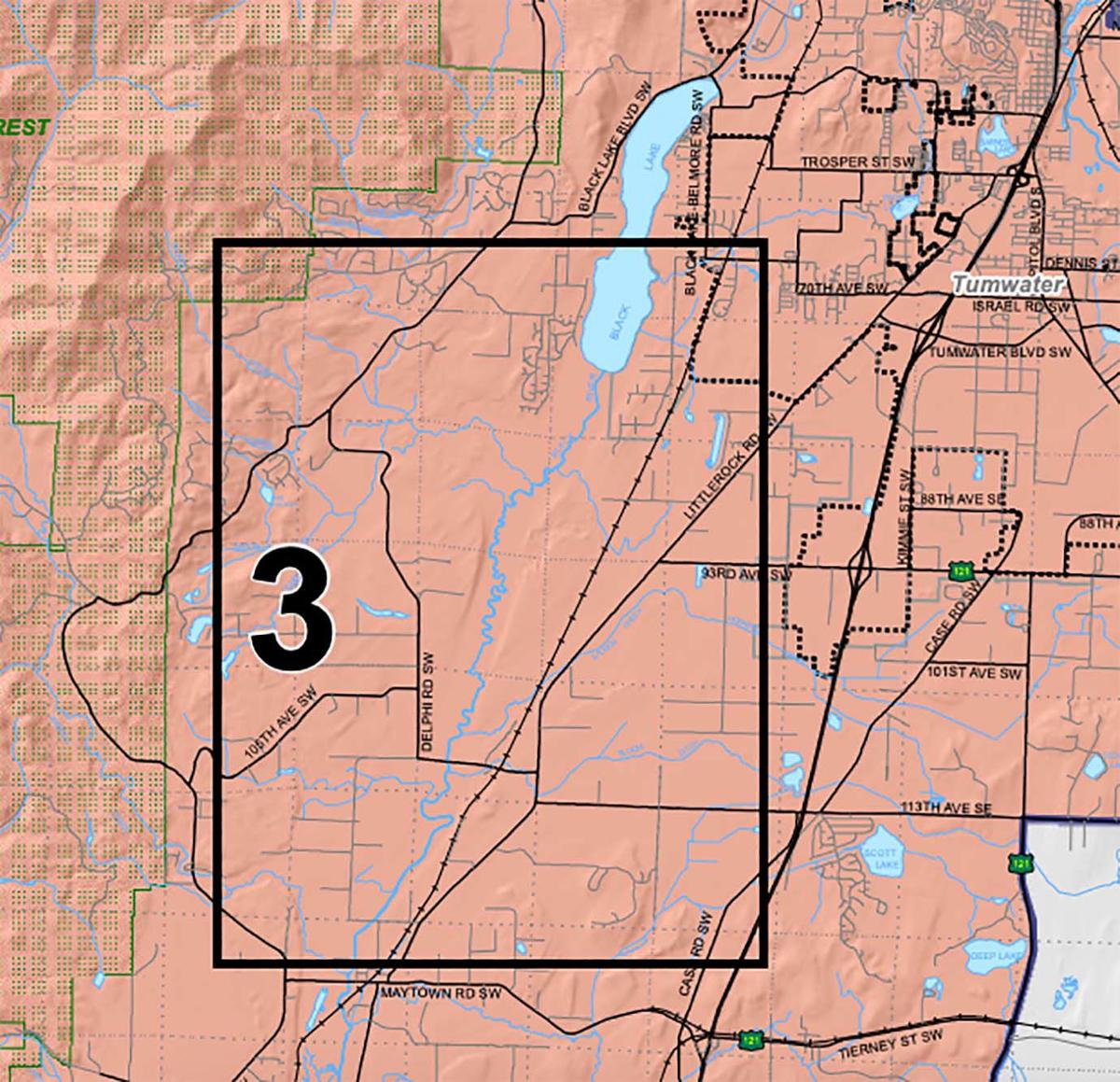 The Thurston County location where a proposed airport would stand

If the aviation capacity needs in Washington state ultimately call for a second, Sea-Tac-sized airport, a southern Thurston County location is one of many being considered.

In the Commercial Aviation Coordinating Commission’s April 2020 meeting, the results of a straw poll taken among the 25 members of the commission showed 14 members vote for developing existing airports further to accommodate short-term needs, while also building a large, new airport in the long term as the preferred strategy for addressing the need for increased aviation capacity.

According to the survey, seven members voted to only expand upon existing airports and four members didn’t vote.

“Developing one large airport (Ideally in the South Portion of the Puget Sound Region) not only alleviates current congestion but also minimizes pollution associated with extended ground travel to existing airports,” a committee member said in the survey comments. “It allows the region to benefit and compete for domestic/international business.”

The state legislature created the CACC to develop strategies that will meet the increasing need for aviation capacity in Washington by January 1, 2022.

Thurston County Commissioner for District 3 Tye Menser said projections are showing that by 2050, the state will need twice the capacity for air travel. He said the committee has a list of places that could serve as the site of the new airport and hope to continue narrowing the options.

A location in South Thurston county just north of Littlerock, west of the Interstate 5 and south of Black Lake is the area being considered, according to Menser.

“They want to find six of those where the community is behind it,” Menser said. “Then, they’ll go through a more careful vetting process and they’re going to first, widdle it down to two by, I think, the end of the year and ultimately they’re going to recommend one to the state legislature.”

He said the timeline for decisions is “pretty tight” and the committee wants to have six options narrowed down by mid-summer.

In regards to the South Thurston location being included, Menser said he was informed it was already explored in the early 90s, which led to the area's inclusion during this process. It was committee member David Fleckenstein, according to Menser, who pointed to the fact that more development is now in the location than there used to be, that would now have to be dealt with.

The Thurston Regional Planning Council was also presented with the possibility of a second airport being built in the county in June. According to Menser, there was very little excitement surrounding the proposal, namely from Tumwater Mayor Pete Kmet, who pointed to the perception of the project when it was proposed in the early 90s.

“He said there was significant community opposition,” Menser said. “He said something that I hadn’t heard from anywhere else, he said the study that was done back in the early 90s showed that because of the airflow patterns in this area, the planes would have to come in and out, basically, through an air corridor directly above Olympia and over the state capitol.”

He said residents objected to the noise that would be created when the project was first proposed.

Now, the commissioners are seeking the opinion of the public regarding the possible airport location. Menser said as of Wednesday, only six comments have been received, five of which were against the proposal and one was in favor.

According to Menser, the Thurston County Board of County Commissioners unanimously voted that without adequate feedback from the public, it would not ask for the location to be included on the list of six.

“We were uncomfortable pushing it forward any further without more community input,” Menser said.

As far as the concerns within the CACC, the time a new airport would take to build was echoed throughout the remarks made by committee members. They pointed to the renovation of local airports as a more practical method for reaching short-term goals.

“It will take 20 years to develop a second ‘Sea-Tac’ sized facility,” a committee member said.  “We should continue to expand commercial and freight service at Sea-Tac, Paine Field and Boeing Field. Policy should be set to relocate all GA activities from Boeing Field and Paine Field, freeing up space for commercial and freight operations, while respecting the critical role manufacturing plays at these facilities.”

For Menser, if the CACC decides to request a large facility from the legislature, he’s uneasy  about the impact it would have if built in Thurston County.

“I’m really concerned about it,” Menser said. “We’re kind of like the gatekeeper for the rural versus the urban nature of Western Washington … if you plop a Sea-Tac sized airport beyond the border of the urban areas and into the south, central county, you’re going to destroy that duality that I think everybody loves about Thurston County and it’s essential to our culture.”