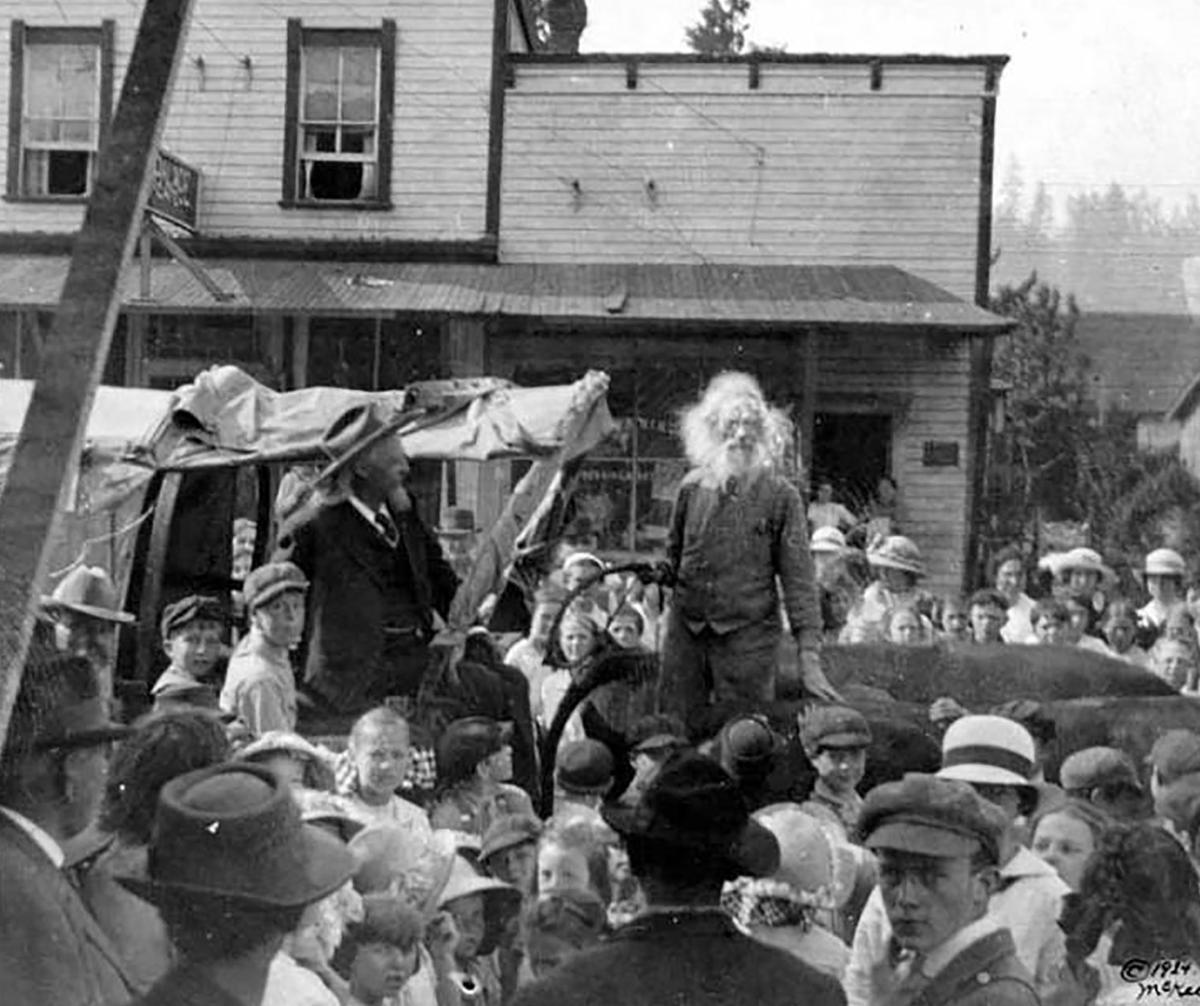 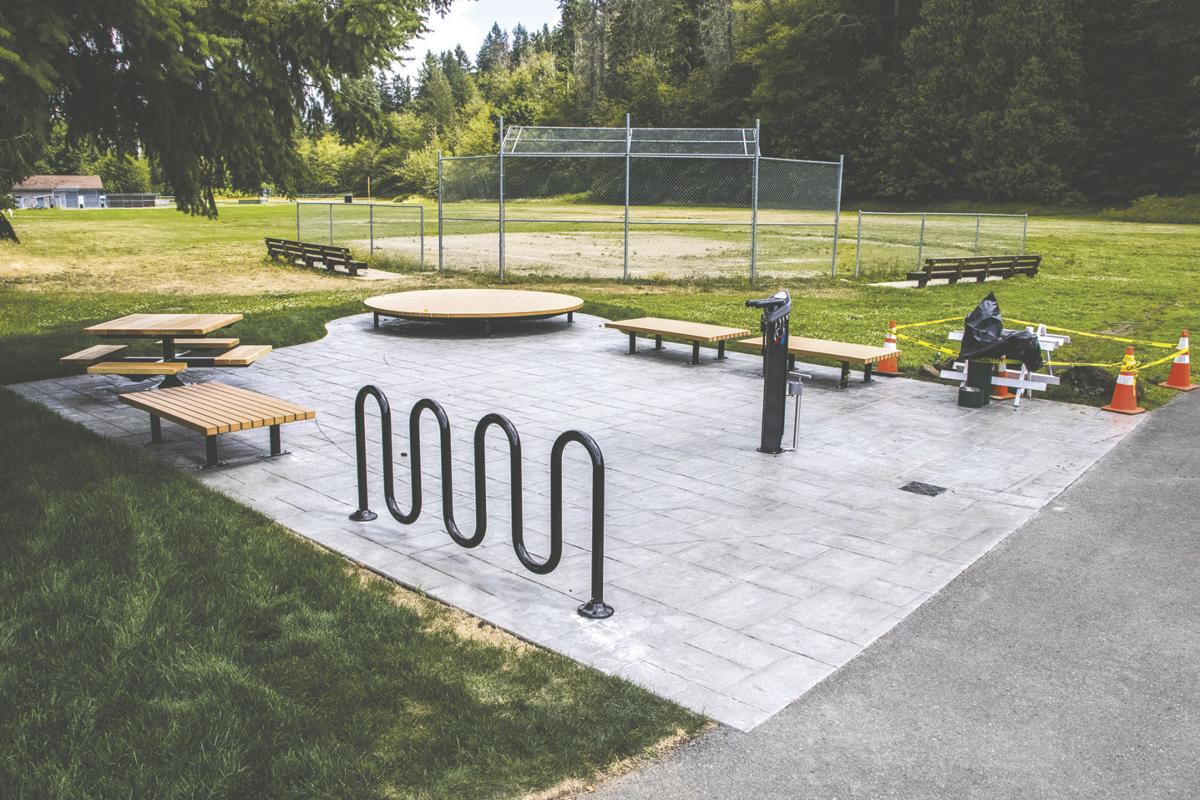 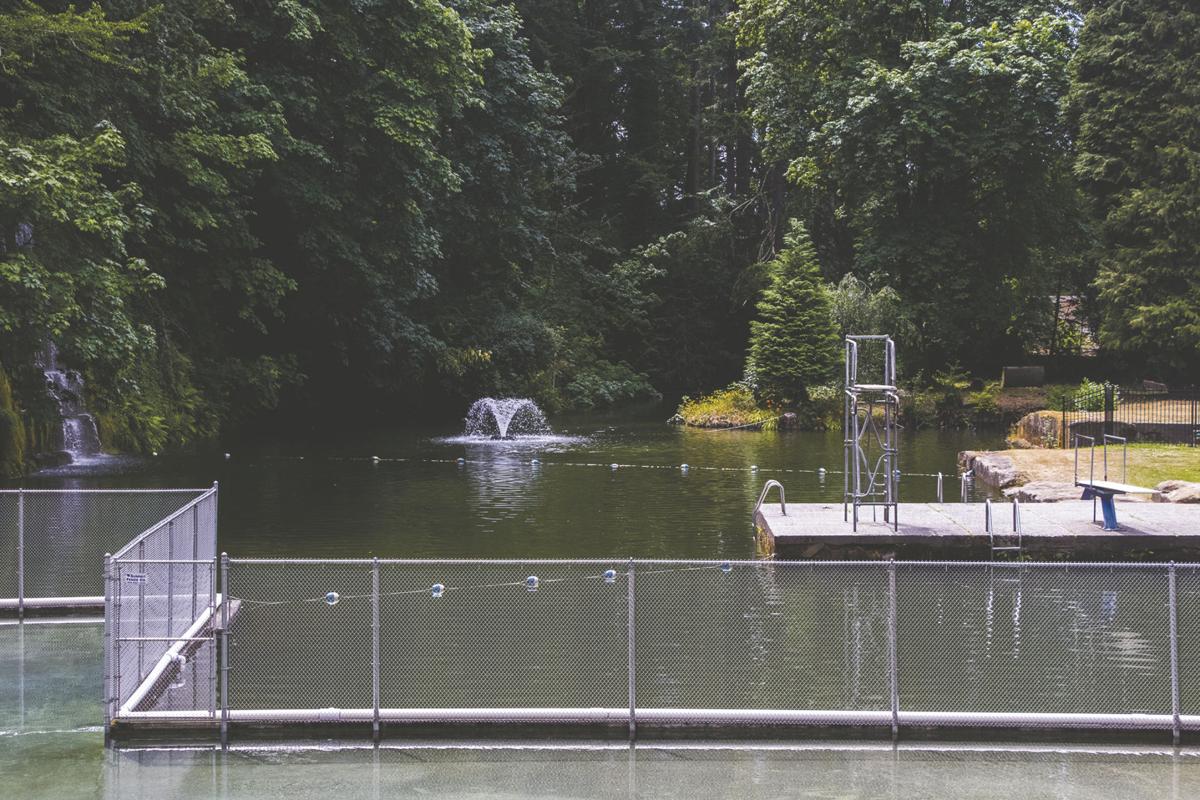 The Tenino Quarry Pool is seen Monday afternoon in Tenino. 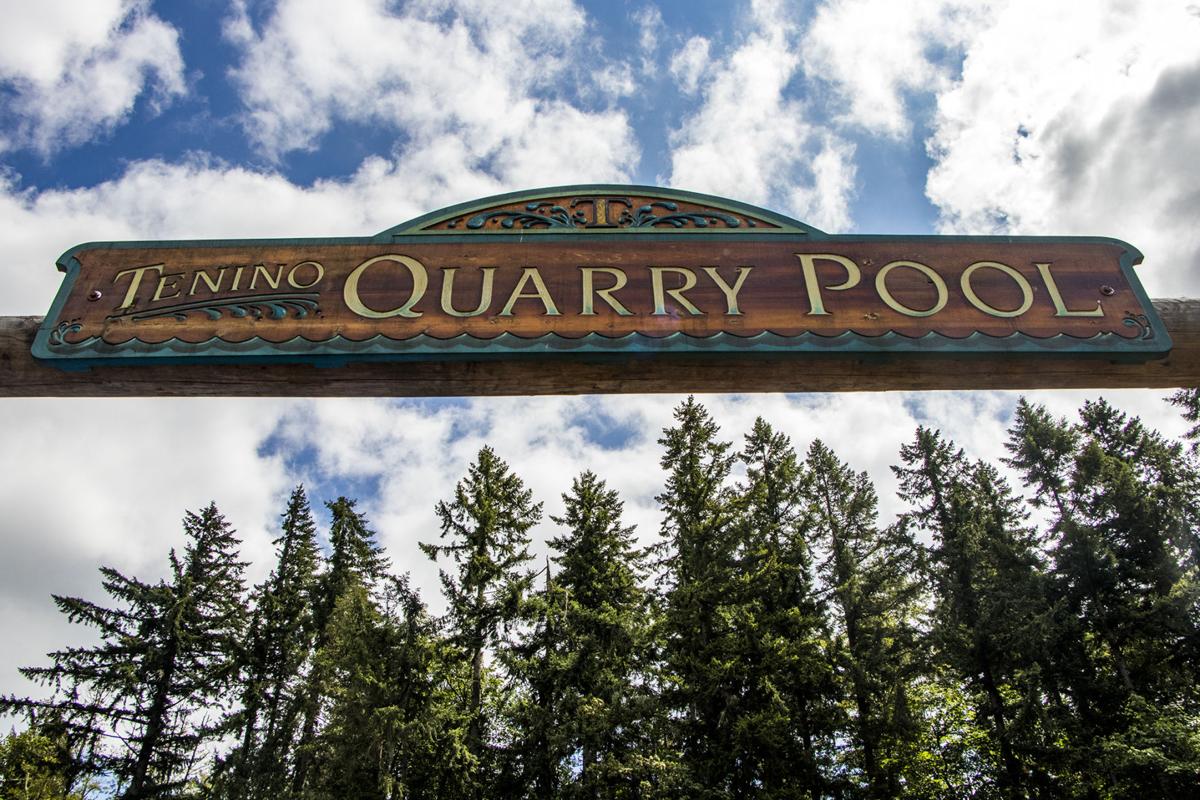 The Tenino Quarry Pool is located at 149 Hodgden St. S, in Tenino.

(Editor's Note: Oregon Trail Days is July 26-28 in Tenino. See a full special section focused on the event in this week's edition of The Nisqually Valley News.)

Thousands of people descend on the city of Tenino during the fourth weekend of each July to celebrate Oregon Trail Days, a festival meant to showcase the origins of the Stone City. Central to that history is a monument installed on Feb. 20, 1906, by Ezra Meeker, a man who traveled the Oregon Trail many times and wanted to mark locations bearing significance to the journey.

Tenino is not lacking for historical landmarks. The Quarry House community center, first used as a corporate headquarters for a sandstone quarry, has been in use since the late 19th century. The nearby Quarry Pool was that quarry until it was shuttered and a natural spring filled the nearly 75-foot hole about 95 years ago.

As much of Oregon Trail Days takes place in and around those historic structures adjacent to the Tenino City Park, visitors will see some modern improvements to the area while potentially seeing the first signs of a long-term effort by city staff to ensure those buildings remain a central part of the festival for decades to come.

A pair of $10,000 grants from the Port of Olympia helped fund construction of a new bicycle pavilion that includes repair stations and water fountains alongside wooden benches and tables. Mayor Wayne Fournier hopes to start renovations to the Quarry House, funded by a $361,000 Community Development Block Grant by Thurston County, later this year. A $215,707 grant from the same source in 2018 has been set aside to fund renovations to the Quarry Pool. Nearby, the more than century-old city hall building is slated to receive a substantial refurbishment thanks to a $515,000 appropriation in the most recent capital budget passed by the state legislature.

“Just watching, we see that new pavilion get a lot of use and draw a lot of bicyclists to spend time in the park every day,” Fournier said. “For the Quarry house, we want to update it and make sure it’s preserved and will last another 100 years. It’s a preservation project, not just a renovation project … The pool one is pressing, since it’s something we wanted done in the spring and missed that window.”

The Quarry House is used for a variety of local activities, including meal service for seniors and community gatherings. Plans call for upgrading the kitchen to make it available for commercial purposes, such as Meals on Wheels and larger-scale events such as weddings.

City Clerk John Millard said the plan is to consult with the city engineer once Thurston County releases the funds, with the goal of creating a plan for how to best use the $361,000. The city engineer will also oversee the construction phase, including putting aspects out for bid and making sure state guidelines are followed.

“It’s likely, in my opinion, that the City Hall renovations get done before the Quarry House,” Millard said. “It’s just a matter of where the money comes from first. The money for the City Hall is a direct appropriation from the Legislature. I’ve already provided them with the information they need to develop the contractual agreement between the city and the Department of Commerce, to ensure the city uses the money for the intended purpose. Once that’s in place, they turn the money faucet on, and then I’ll look at my city engineer and say ‘design, bid, build.’”

The process of modernizing the infrastructure at the pool, such as the water filtration system and circulation pumps, is proving more onerous simply because there are few contractors qualified to do the sort of work required of a natural spring far deeper than the average public pool.

Tenino city officials are working with their counterparts from the Department of Housing and Urban Development, which funds the block grant program administered by Thurston County, to determine if they can initiate a no-bid process or some other way to spur the project along.

“It’s not just a pool,” Fournier said. “One side of it is a natural lake, so we want to filter the water and treat it without using chemicals, through natural processes with the right bacteria and sand in the right places, while having oxygen diffused at the right places using compressors and pumps that are 100 feet underwater. … There aren’t many people in the country who would be doing it. It’s a pretty niche construction project.”

For the 25th year, the Rock, Gem, Fossil and Mineral Show will take to Parkside Elementary School during Tenino’s Oregon Trail Days — a show t…