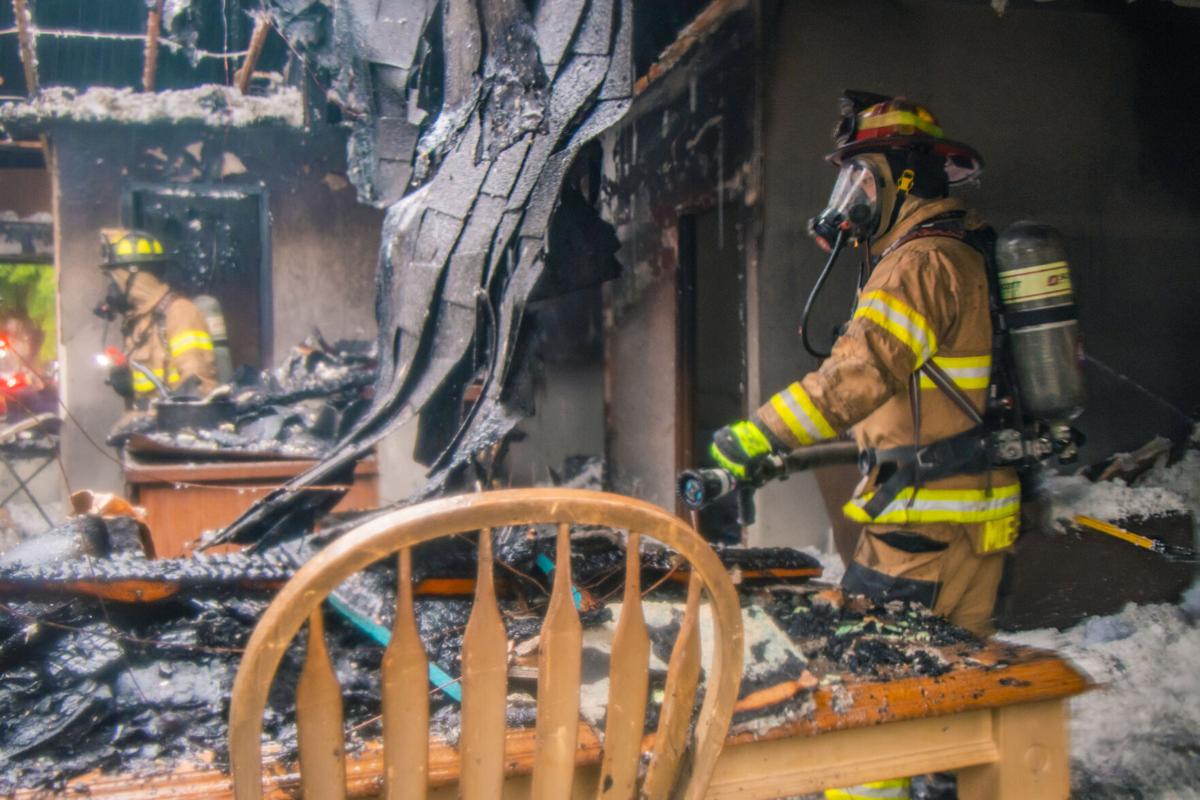 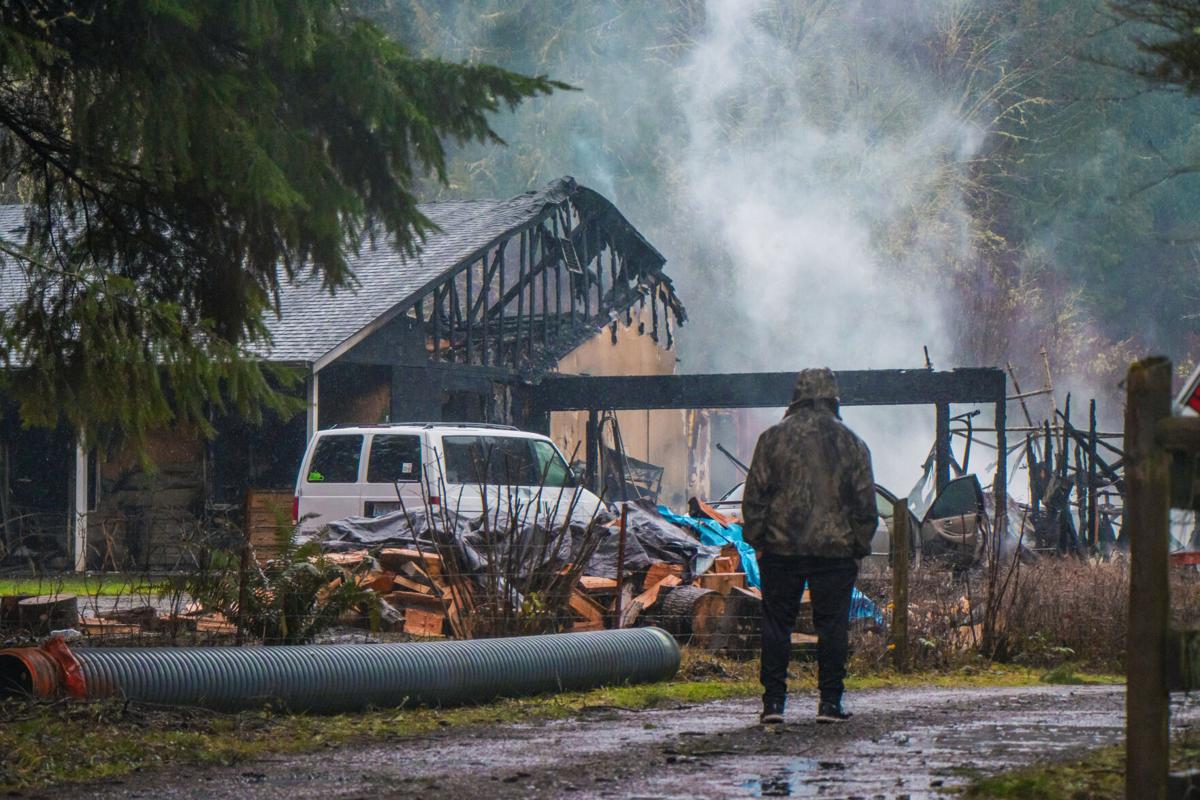 A man watches as smoke billows out of residence following a structure fire on Palmer Lane SE in Tenino Tuesday morning. 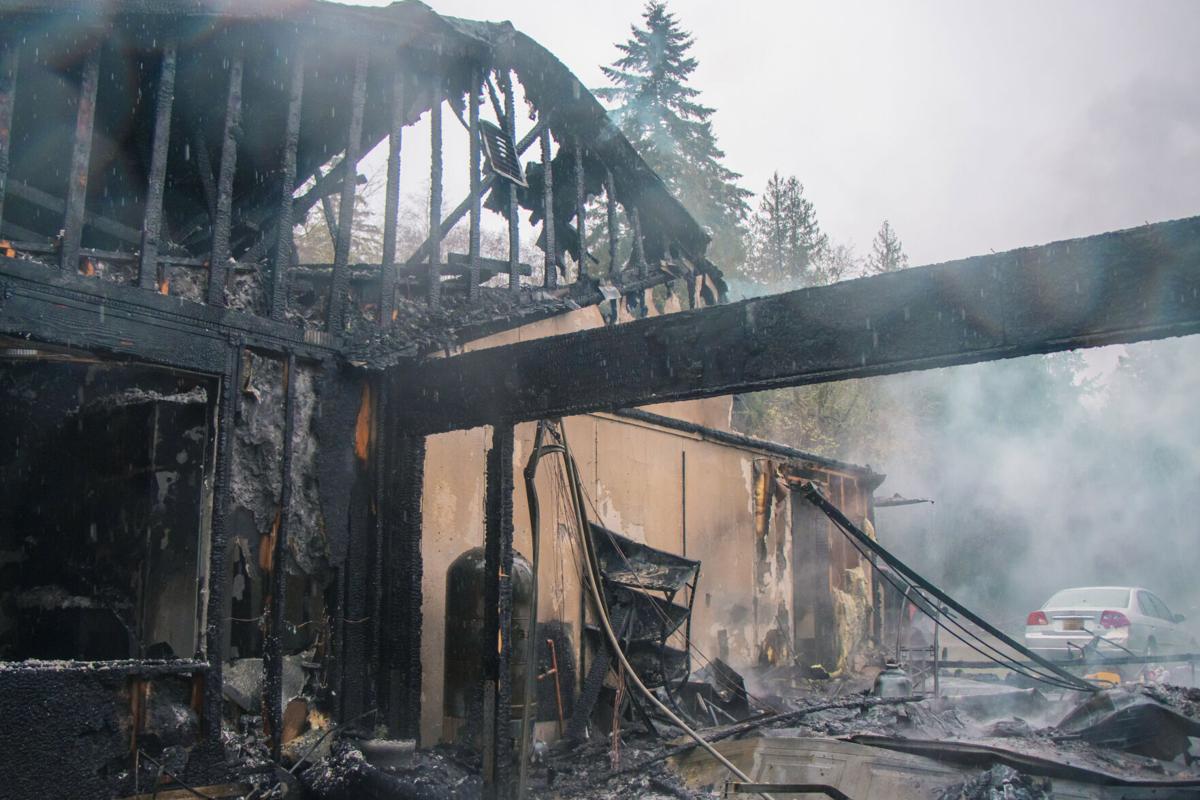 A house is seen following a fire on Palmer Lane SE in Tenino on Tuesday. 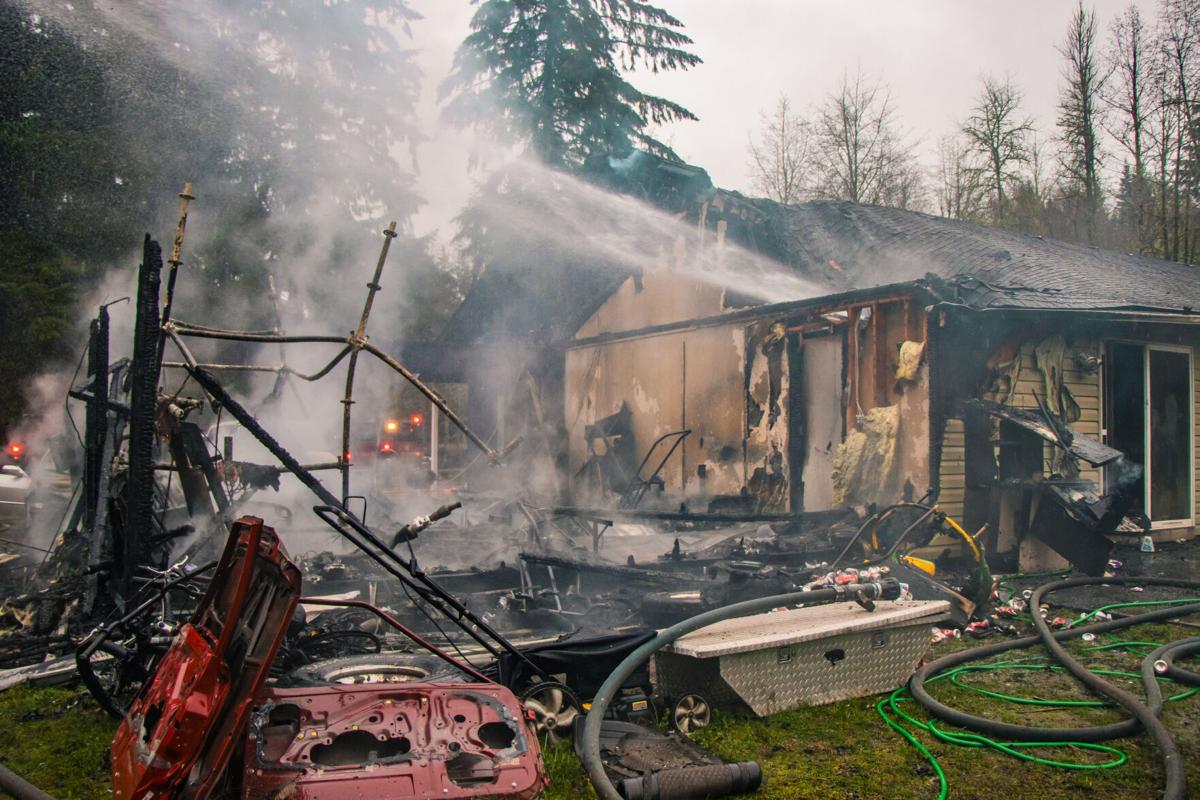 Water is sprayed through the roof of a house following a residential structure fire on Palmer Lane SE in Tenino on Tuesday. 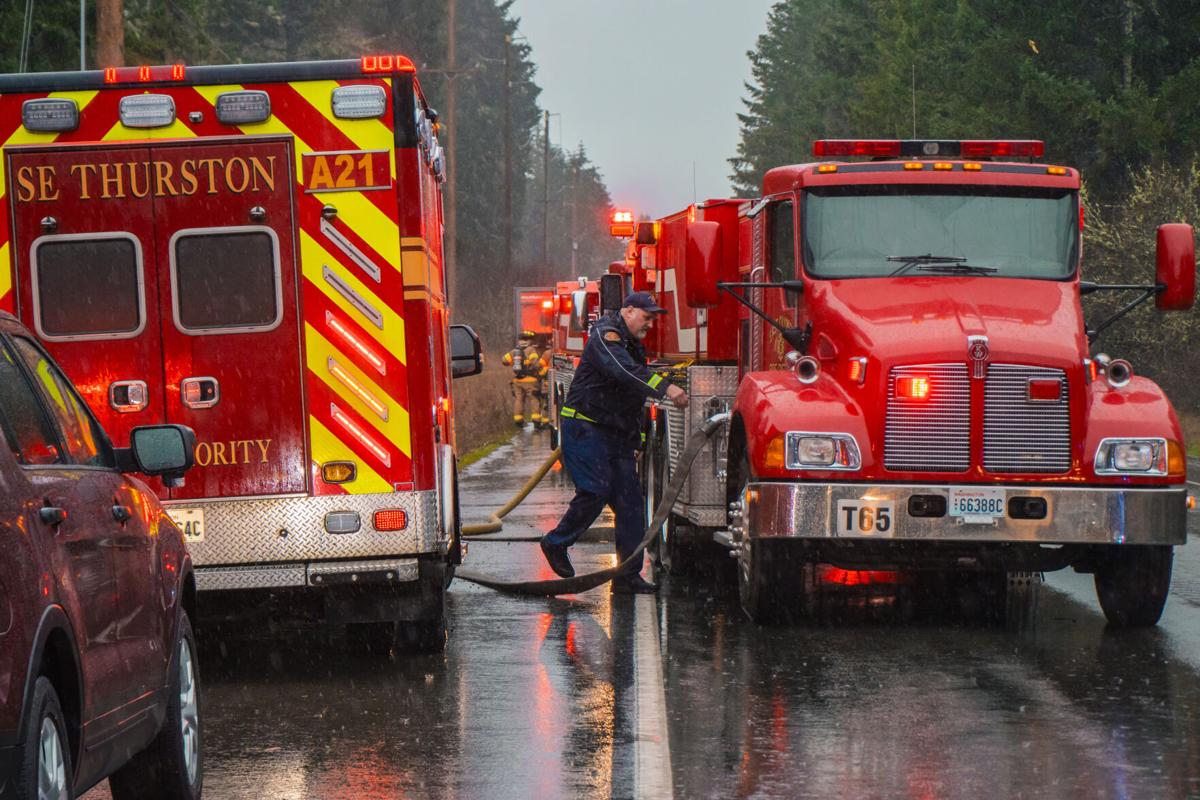 Emergency crews block the northbound lane of State Route 507 near Tenino as they respond to a residential structure fire on Palmer Lane SE, Tuesday morning. 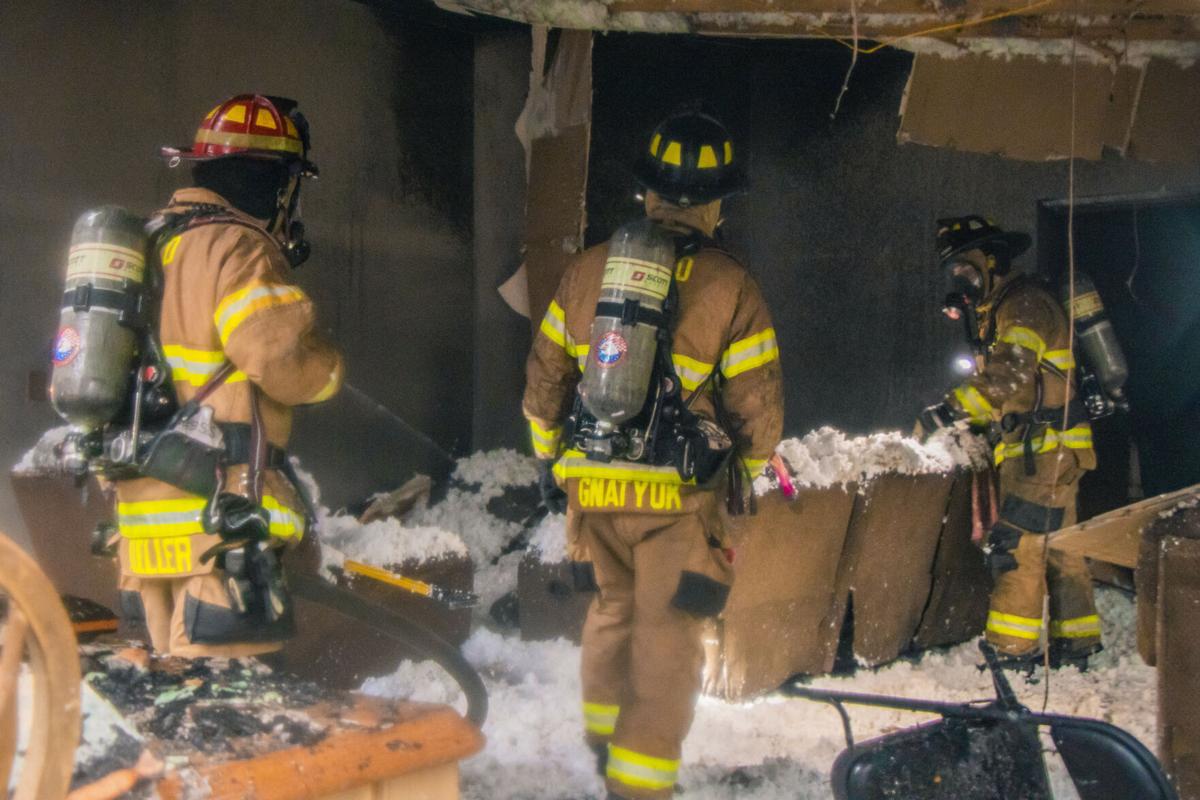 While there were no human injuries, two pets, a cat and a turtle, were lost in a house fire north of Tenino on Tuesday morning.

The fire started in the garage and then spread to the main structure, according to S.E. Thurston Fire Authority Chief Mark King. The cause of the fire is still unknown.

Crews cleared the scene at 11:45 a.m. The entire structure was declared a total loss.