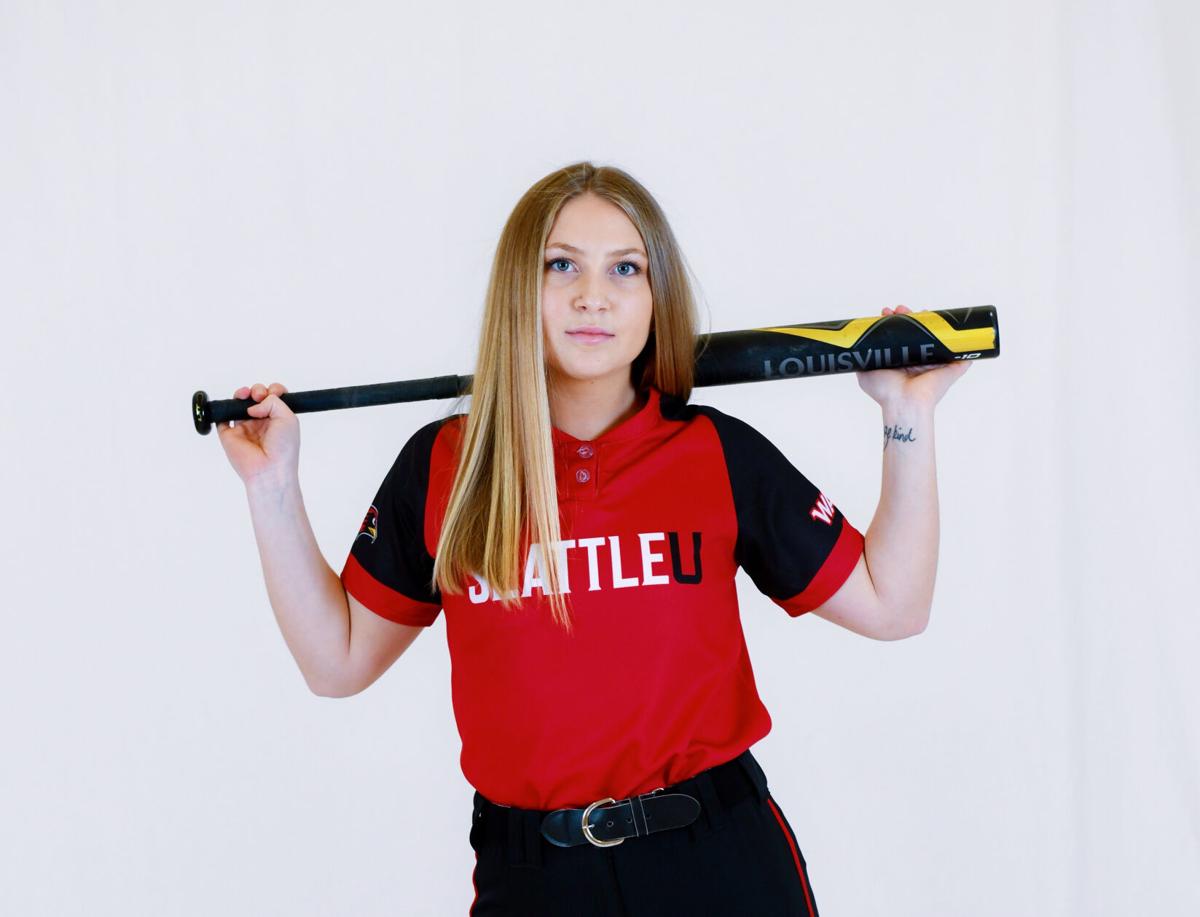 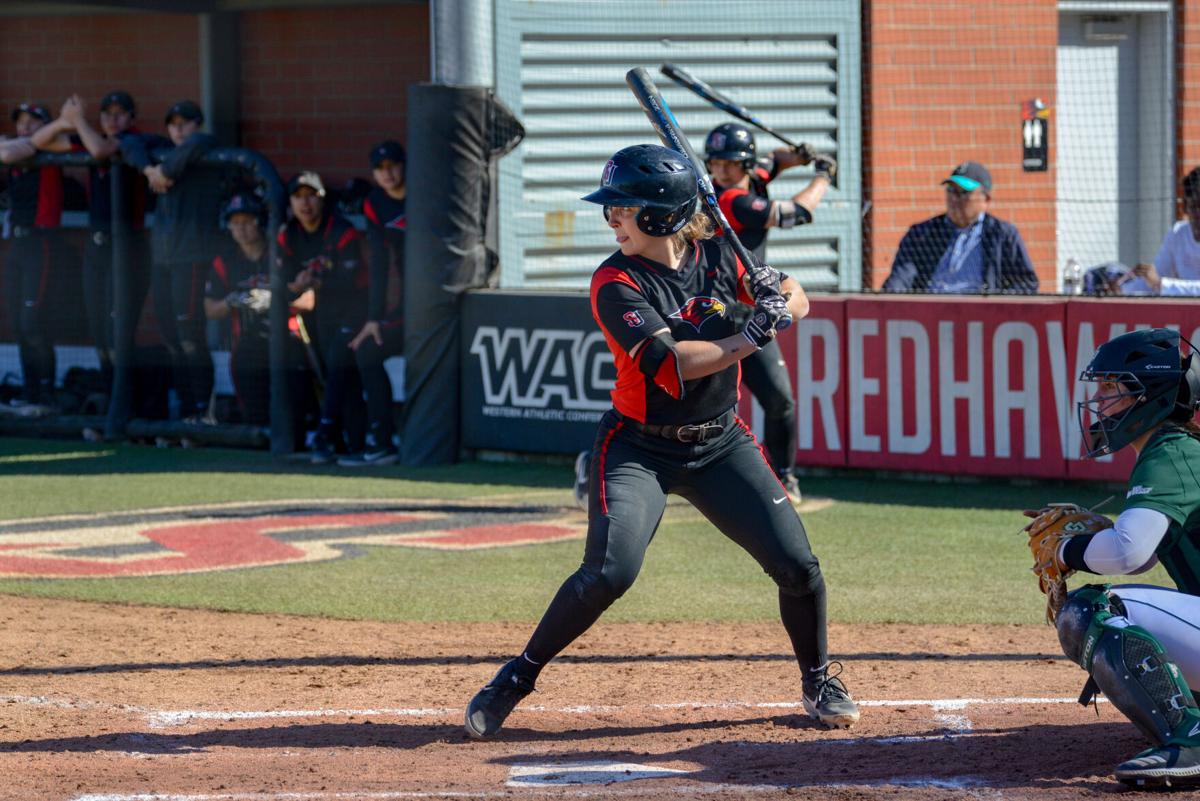 Ally Choate is seen at bat as the Redhawks faced Cal Poly, March 26, 2019, at Logan Field in Seattle. 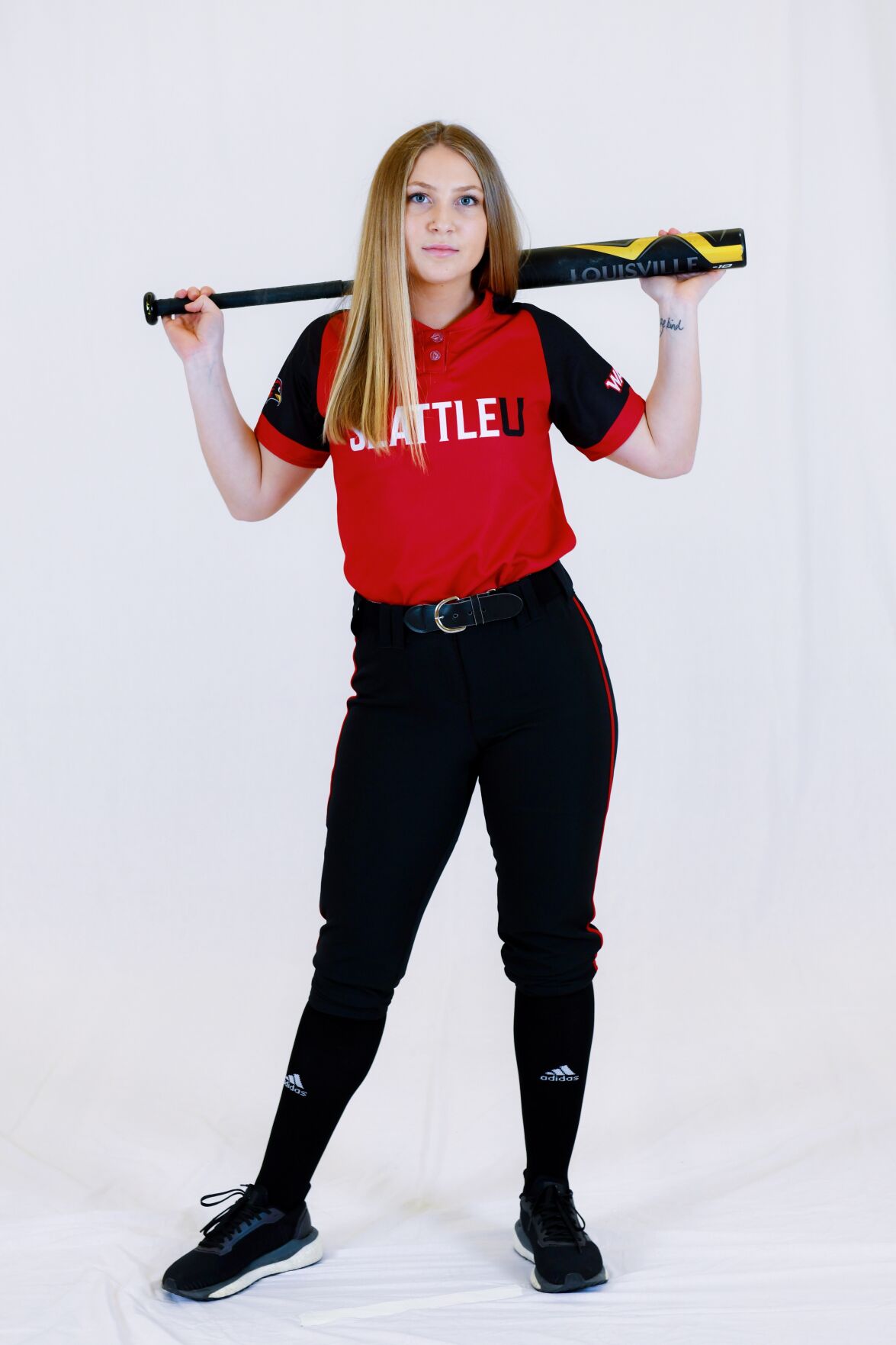 Gratitude has been the name of the game for Ally Choate in recent months.

But what’s she grateful for? Lately, with all the chaos caused by COVID-19 and her classes moving online, it’s the little things.

Back in March, at the start of the coronavirus health crisis, the Division I Western Athletic Conference (WAC) canceled the remainder of the Lady Redhawks’ 2020 season. It was a decision she had mixed feelings about, since she’d been struggling with a concussion that put her out for three weeks and threw off her game.

“It all happened so fast,” she said. “That was really hard for me, personally. It was one of the worst concussions I’d ever had, and when I got back, I wasn’t performing the way I wanted to.”

SU ended the year without regular season play and a record of 9-15 back in March. It was unfortunate, seeing as how they’d just come off a hot season the year prior and were, for the first time in the program’s history, the reigning WAC champs.

Choate tallied only 11 hits and four runs. Her batting average rang in at .244, which was a far cry from her conference-leading average of .397 the year before.

Looking to the 2021 season, there’s still a great deal of uncertainty if the WAC conference will move forward with a season, Choate said. In August, the conference announced plans to delay autumn competition, spelling uncertainty even as the pandemic enters its seventh month in the United States.

But that doesn’t mean Choate’s days are frozen at a standstill.

She and her teammates are still practicing, she said, though currently in small four-person pods. Their five-days-a-week training regimen includes light weight training, hitting, defense training and band work.

“I’m kind of running back and forth between my house and campus,” Choate said on a phone call last week. “Our program is all about working harder than anyone else since we’re a small D1 school, so we feel like we need to outwork everyone else.”

Given mandates established for social distancing, Choate said they’re practicing and training more outside as of late. That can be seen as a plus, given the little space that was available in Seattle University’s athletic facility before the pandemic.

“Seattle U’s really small already, so on a normal day, no COVID, we would have had to be fighting for space anyways,” she said.

It was with the Tornados that Choate was able to perfect her six previous years of experience while also helping the program to grow into the dominant 3A South Sound Conference force it is today.

Choate started all four years while at Yelm, predominantly playing center field, and helped her team to a second-place finish at the 3A state tournament her senior year with a 29-1 record.

“Everything that I learned from Yelm I have taken into my time here at Seattle U, whether that’s building relationships with my coaches and teammates, or bringing love into the game,” she said

She and her teammates at SU have a saying that she said was partly inspired by the culture she helped develop at Yelm — “rise by lifting others.” But building up those relationships didn’t come easily.

In a 2017 Nisqually Valley News article, Tornados head coach Lindsay Walton described Choate as one of the best players she’d ever coached at that point. That article was published just shortly after Choate verbally committed to an athletic scholarship with SU.

Today, Walton said she stands by those comments.

“I can’t say if she’s been the best athlete to come through Yelm, but since I’ve been coach — this would be my 15th season — she’s been one of the top players I’ve been able to coach,” Walton said.

Walton said Choate brought a wealth of experience and softball know-how to the team.

One of the memories that sticks out in Watlon’s mind about Choate’s early varsity career was that she was also dangerous at bat and had respectable speed.

“She had the type of speed that could cause fits for other teams,” she said, adding that she garnered respect as a team leader by the end of her freshman year.

Her powerful displays in the batter’s box continued through to her senior year. That year, she had a .590 batting average and tallied 62 hits and 53 runs over 28 total games, according to MaxPreps statistics. She also had 32 runs batted in.

She started all four years at Yelm, and was also named as both an all-academic player and on the first team all-league every year.

Rising With the Redhawks and Questions About the Future

In her early years with SU, Choate found similar success with the Redhawks, eventually helping lead the team to a 40-17 season and the WAC title her sophomore year.

“She’s a legit player. Out of the 16 years I’ve been coaching, she would probably crack the top lineup for sure,” said Redhaws Head Coach Geoff Hiria, who’s going into his sixth year with the program.

She also led with an impressive batting average that season in the WAC with .397, clinching 75 hits, good enough to also break a single-season record at her school. Her 46 runs as a sophomore was the second highest in the Redhawks’ program history.

But Choate’s junior year would present its own challenges. First, it was a five-game losing streak against teams such as the University of Kansas and Arizona State.

“We had a really hard schedule,” she said.

Then came the concussion.

“Ally had a tough year last year. She went through a concussion protocol, but she is an elite player,” Hiria said.

Then — as if 2020 couldn’t have gotten any worse — came the cancelation of the season.

“In the moment, it was kind of a relief,” she said, adding that she had mixed emotions about the decision. “It felt like a bomb was just dropped on us with all this uncertainty. Not only did we get our season taken away, but we were also thinking about our education… It wasn’t just the season, it was our whole lives.”

Despite those setbacks, she still started 14 games in right field while also tallying 11 hits and four runs.

For Choate, as well as the hundreds of thousands of college athletes across the country, questions surrounding the uncertainty of schooling and athleticism ensued.

She said she had some real painfully existential questions about what the next few years of her life were going to look like. She questioned her future as both a softball player and as a mathematics teacher.

But she persisted and got through it all.

Choate and her team are still practicing, hoping for competition on the diamond this upcoming spring.

“We’re just staying hopeful,” she said. “I haven’t really thought about (if the season will be canceled). I’m just assuming we’ll have a season. I don’t know if I’m being too optimistic, but I think that’s just what’s motivating me, is that we’re going to have a season.”

Her goals for the upcoming year are pretty simple: play like she was her sophomore year, but better and more fierce.

“I was playing with so much confidence and I’d really just love our team chemistry, it was amazing that year,” she said. “We had a saying, RBLO, which is ‘rise by lifting others.’ It pretty much means we’re going to play selflessly, we’re going to play for the girls next to us.”