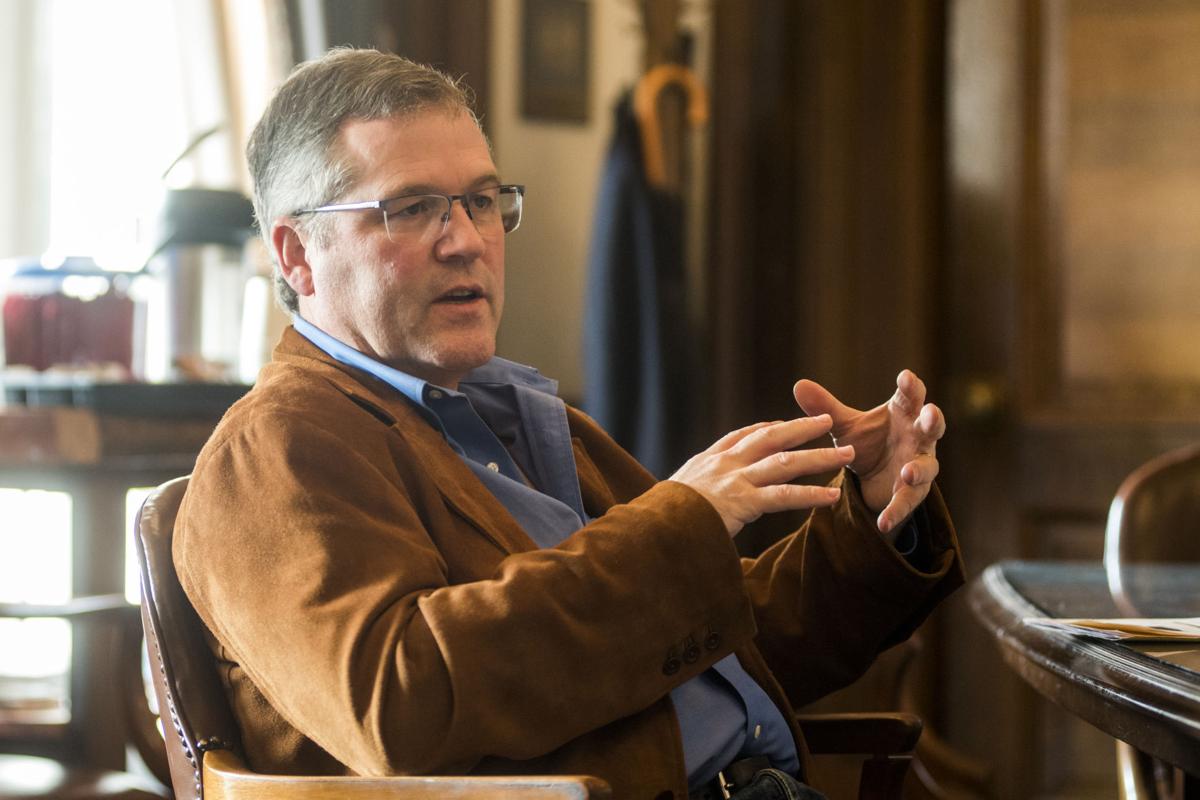 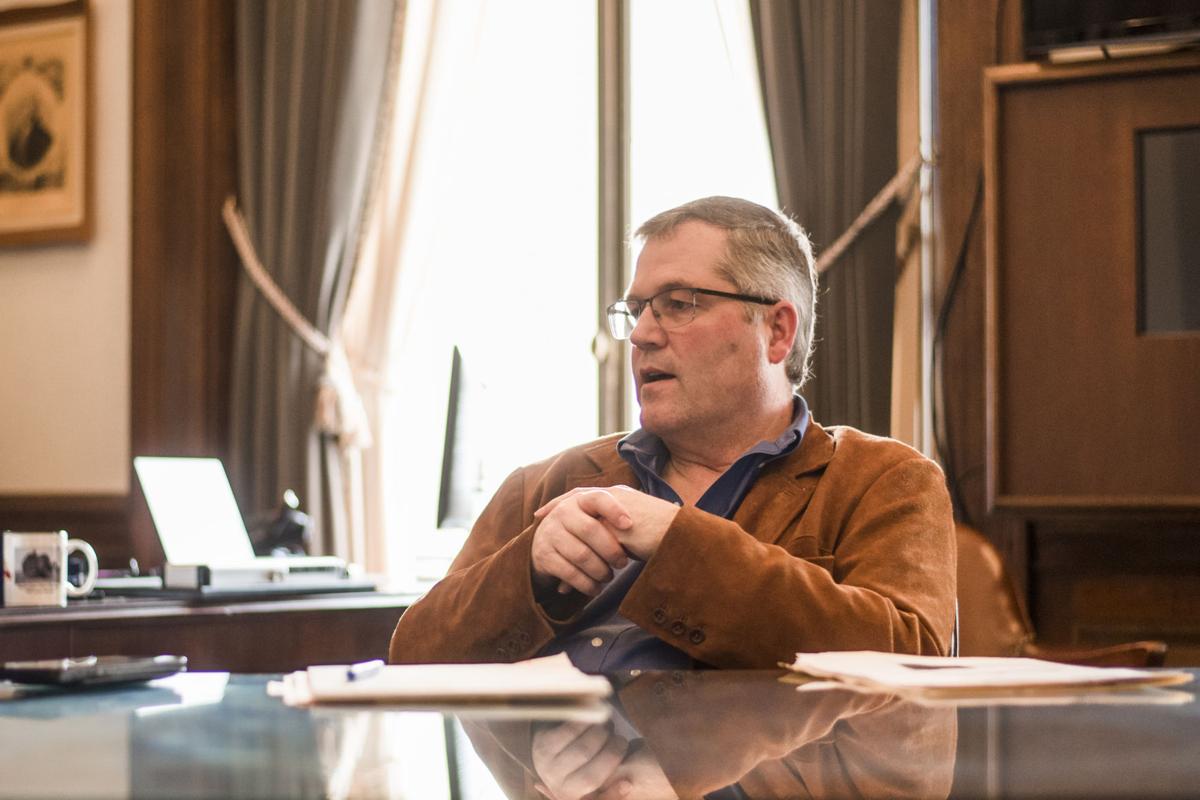 J.T. Wilcox talks during an interview inside his office at the State Capitol last January in Olympia. 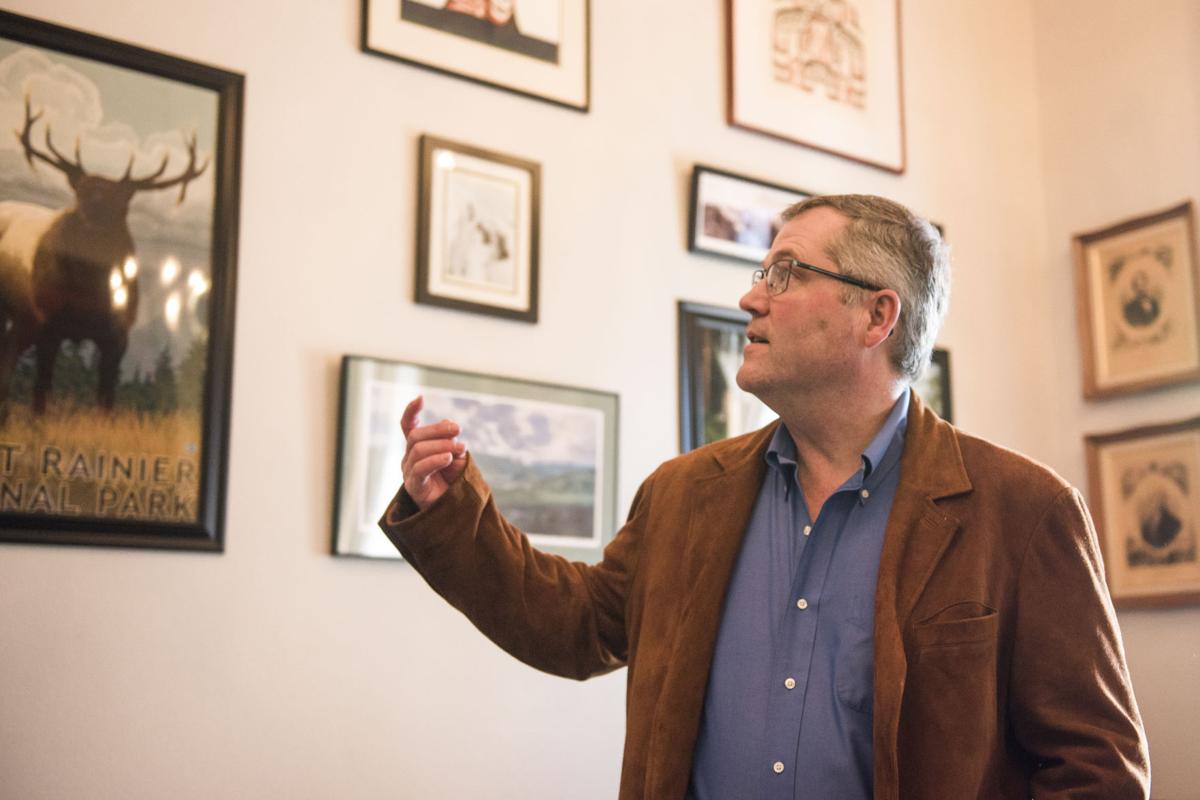 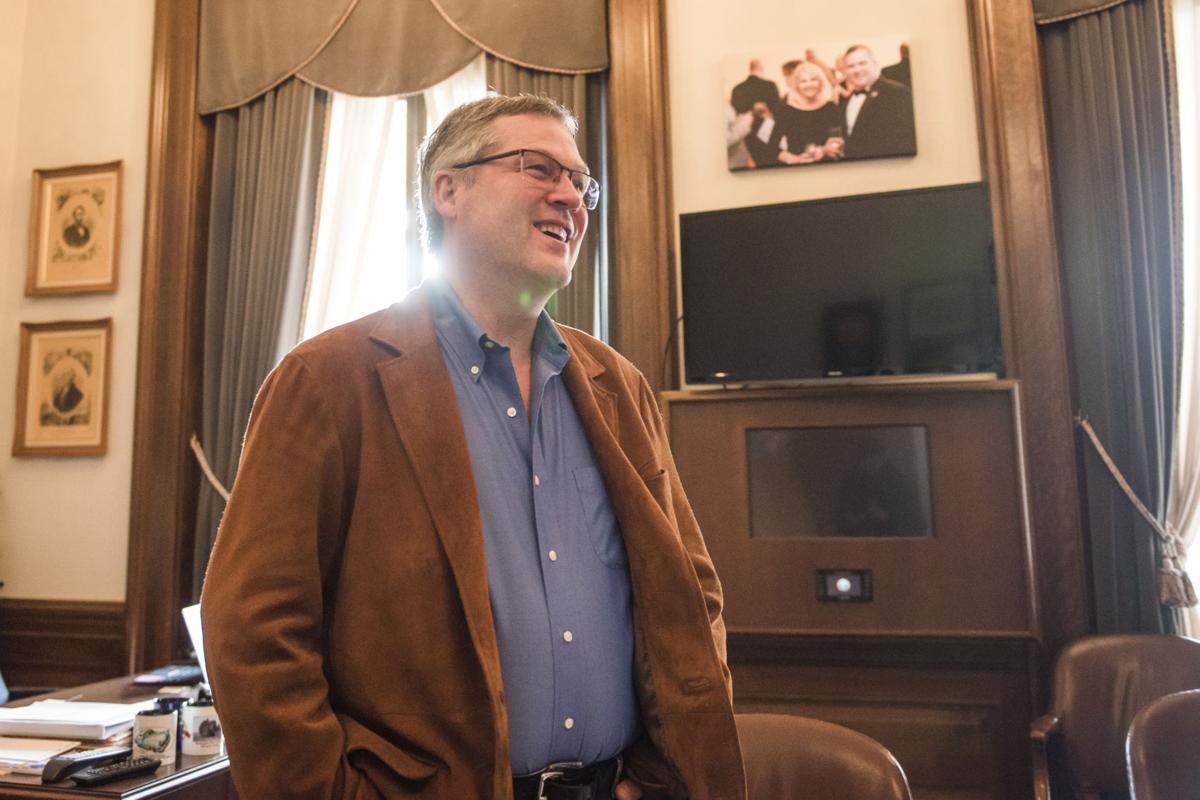 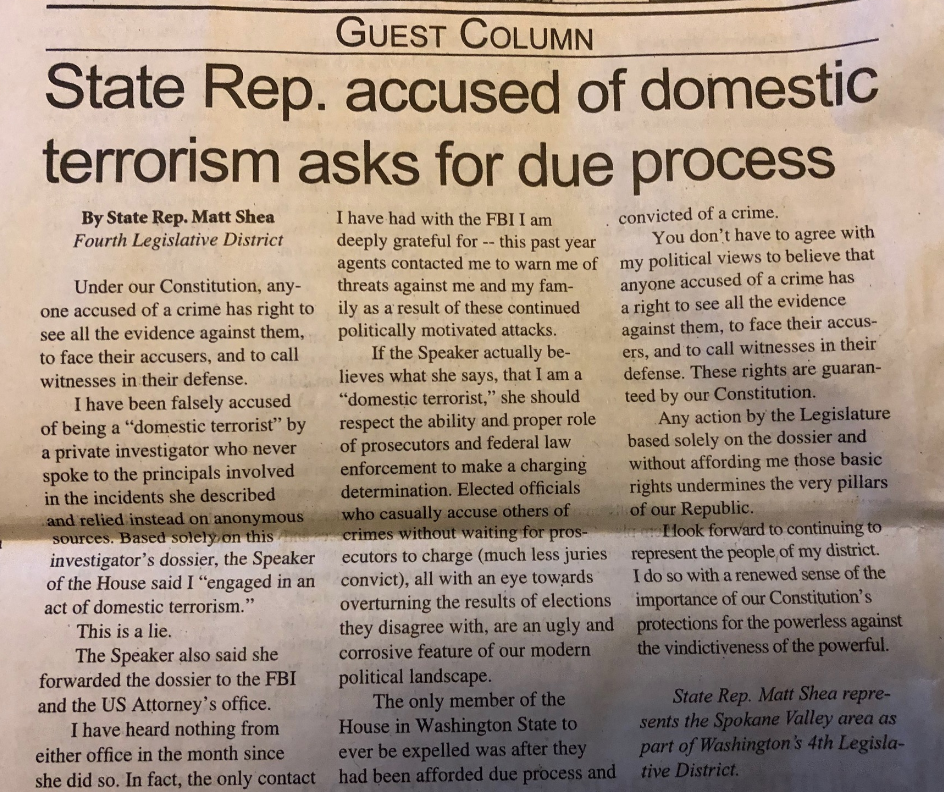 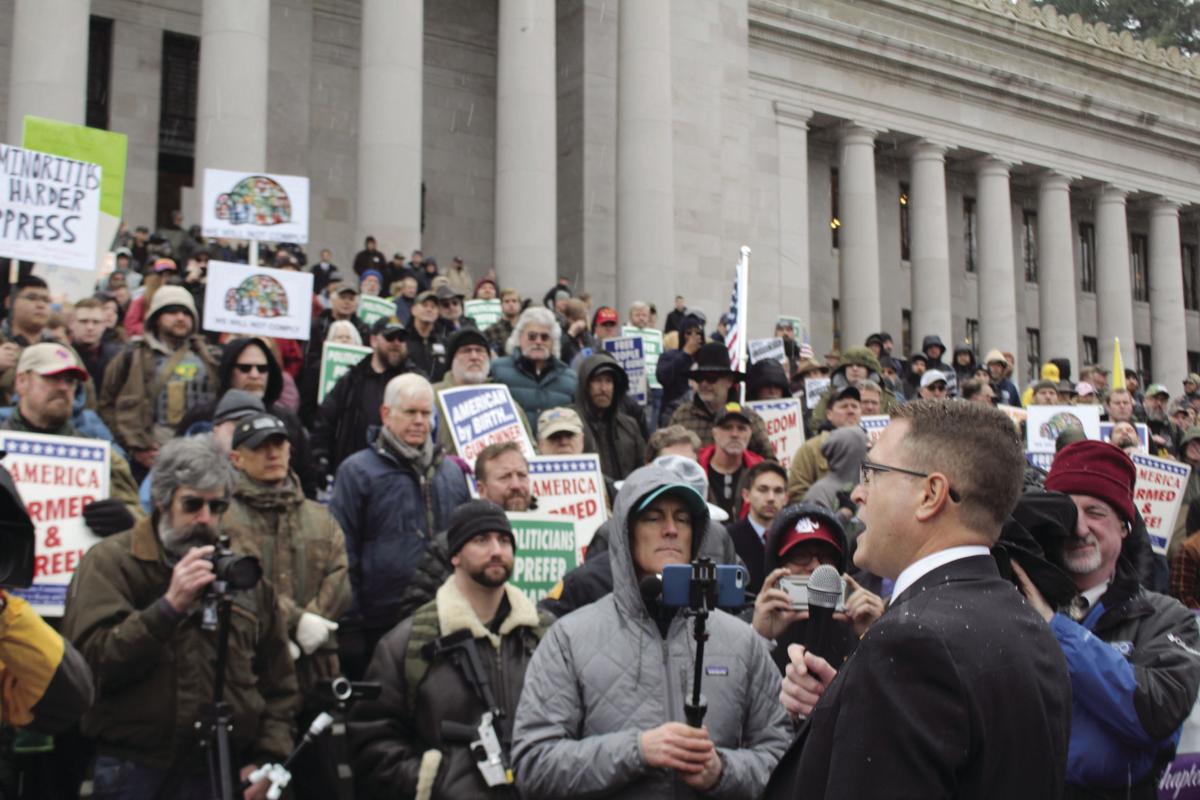 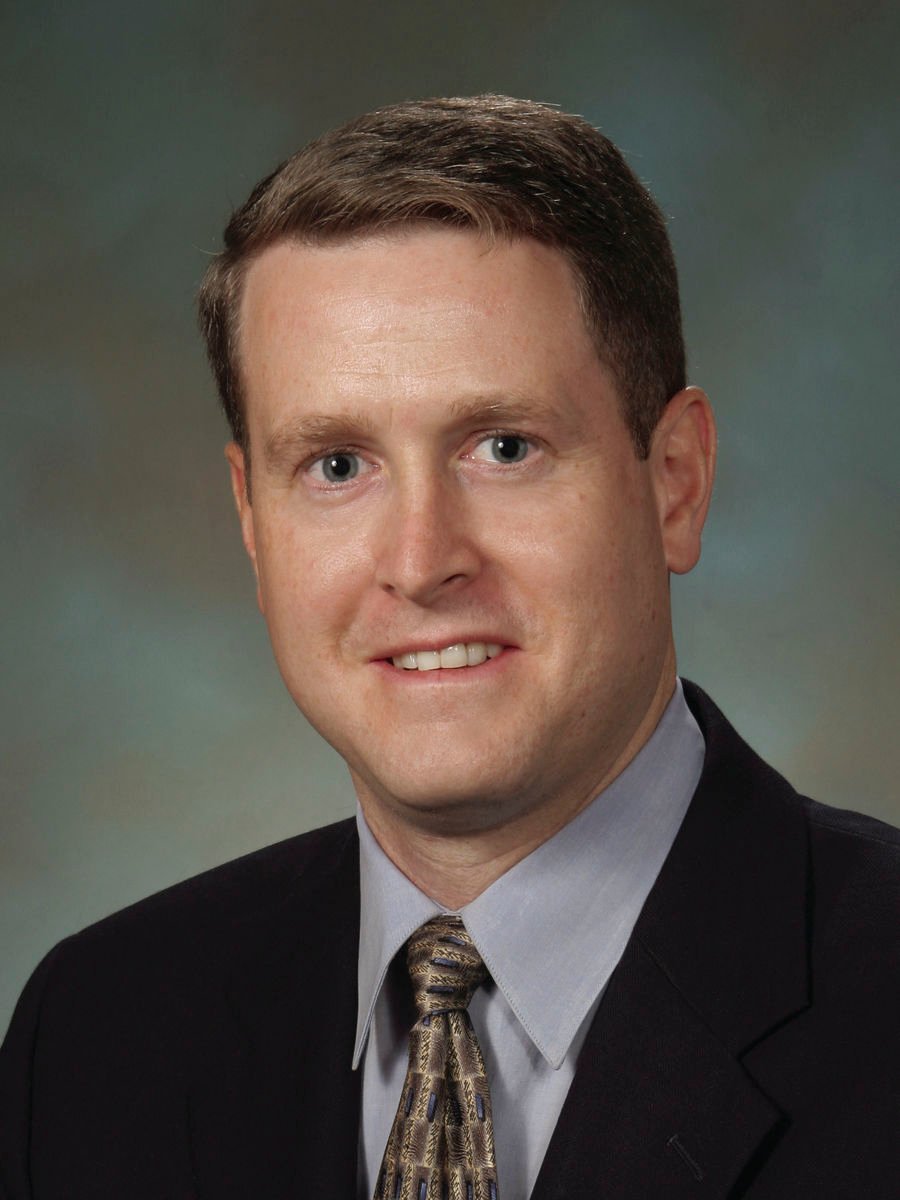 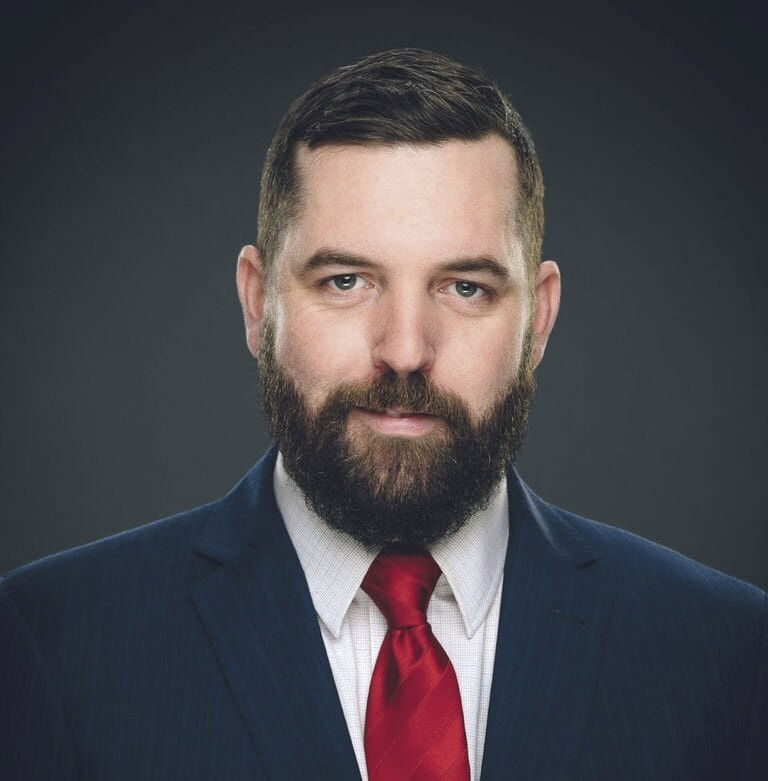 J.T. Wilcox talks during an interview inside his office at the State Capitol last January in Olympia.

Washington House Minority Leader J.T. Wilcox’s decision late last year to oust an Eastern Washington lawmaker from the Republican Caucus and call for his resignation over findings linking him to “domestic terrorism” have been largely accepted by fellow members of the Legislature, but he certainly isn’t without ardent detractors.

In the weeks since announcing the action against state Rep. Matt Shea, R-Spokane Valley, Wilcox has been the target of online threats and has seen the emergence of a political challenger highly critical of the Legislature’s overall treatment of Shea.

The report and supporting documents have been uploaded here: http://leg.wa.gov/house/InvestigationReport/

He says all the commotion hasn’t had an effect on how he carries out his leadership duties in Olympia.

“It hasn’t changed anything that I do,” said Wilcox, R-Yelm, who represents the 2nd Legislative District, in an interview with the Nisqually Valley News last week in Olympia.

Besides notifying his wife’s employer of threatening comments and the subsequent investigation conducted by the Washington State Patrol, Wilcox said he and his family have been unfazed by the threats, which the state patrol reported came from a Facebook page connected to a gun rally at the Capitol on Jan. 17.

The threats in question were posted on the Facebook page of the Washington Three Percenters, a group founded by Matt Marshall, who has announced that he will be pursuing the 2nd Legislative District seat currently held by the house speaker.

Marshall strongly denounced the threats in an interview with Nisqually Valley News and noted they were not made by someone associated with his organization.

“It’s a public space and doesn’t reflect any thoughts from our members,” Marshall said. “I don’t think it’s OK to make threats against anybody.”

Marshall, also a member of the Eatonville School Board, has been one of Wilcox’s most vocal critics when it comes to Shea. He said Wilcox has divided the Republican Party.

“I think the thing that makes people the most upset is the lack of due process,” Marshall said.

In early December, Wilcox removed Shea from the caucus, took away all his committee assignments and called for his resignation following the publication of findings from an independent investigation by the Rampart Group that accused Shea of taking part in “domestic terrorism.” 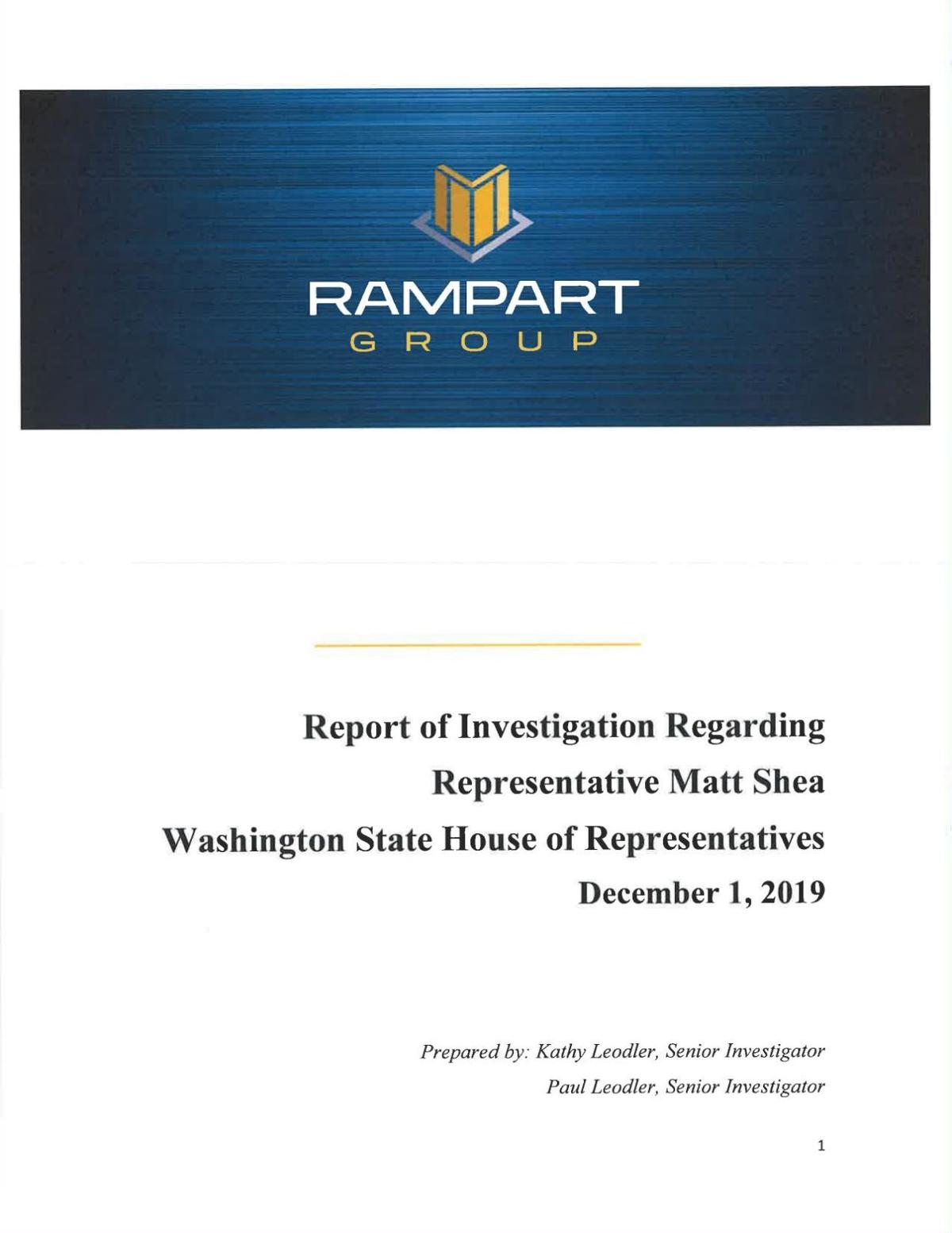 The accusations were linked to his alleged involvement in three armed standoffs, including 2016’s Malheur National Wildlife Refuge takeover. The investigation found that he was a leader in the Patriot Movement and has close ties to militia groups.

“Representative Shea participated in act of domestic terrorism against the United States by his actions before and during the armed takeover and standoff at the Malheur National Wildlife Refuge,” the report on the investigation reads.

Shea, who says he has no plans to resign, adamantly denied the accusations against him in an op-ed published in three newspapers owned by Free Press Publishing in Eastern Washington this week.

“I have been falsely accused of being a ‘domestic terrorist’ by a private investigator who never spoke to the principals involved in the incidents she described and relied instead on anonymous sources,” he wrote. “Based solely on this investigator’s dossier, the Speaker of the House said I ‘engaged in domestic terrorism.’ This is a lie.”

Shea went on to write that if Wilcox believed him to be a domestic terrorist, he said the investigator should “respect the ability and proper role of prosecutors and federal law enforcement to make a charging decision.”

“Elected officials who casually accuse others of crimes without waiting for prosecutors to charge (much less juries convict), all with an eye towards overturning the results of elections they disagree with, are an ugly and corrosive feature of our modern political landscape,” Shea wrote.

Wilcox said there are no plans to reinstate Shea back into the House Republican Caucus. Though Shea has declared his innocence, Wilcox said one significant reason for his decision to oust him was because he did not cooperate with the investigation.

“He, despite many opportunities, never had any communication with the investigators. So the report doesn’t include things that he might have said or people that he might have recommended they talk to,” Wilcox said. “The reason I made it a suspension is because I wanted to leave room for him to refute. If anybody is able to prove the serious allegations wrong, then we’d have to rethink. But at this point, none of that’s happening.”

Despite the claims against Shea, and the league of supporters that have emerged calling for a “fair trial” for the 4th Legislative District representative, he’s still largely able to do his day-to-day work, Wilcox said.

“I feel very strongly that anybody who is still an elected representative has the right to speak on the floor and has the right to sponsor amendments. And I have resisted any efforts to take that away and I would do that for any member of the minorities, whether they’re part of my caucus or not,” he said.

Wilcox also said being without a caucus or committee assignments shouldn’t hinder Shea’s ability to perform his duties.

“It’s my job as leader to make decisions and I don’t demand that everybody agree with me. I think a strong majority of my caucus is in agreement, but we can accommodate those who might feel differently,” he said.

As for other legislative matters, Wilcox said he is focused on accomplishing the caucus’s agenda and preventing Democrats from imposing stringent new gun laws.

Senate Bill 6077, which would ban large-capacity gun magazines, and Senate Bill 6294, which would require training for concealed pistol licenses, were both the focus of public testimony last week.

The debate over gun laws intensified following the recent shooting in downtown Seattle that left six injured and one woman dead.

“Using that Seattle incident as a justification for gun control seems crazy to me,” Wilcox said. “These were people who, between them, were arrested more than 50 times, convicted on a number of felonies. They’re not law-abiding gun owners — these are outlaws, and of course they’re going to ignore anything we do legislatively.”

It is time to remove JT Wilcox. He has embarrassed himself and all conservatives in the state with his unfounded attack on another Republican. This isn’t the first time he has pulled this.

Time to replace JT. He has embarrassed himself and conservatives statewide