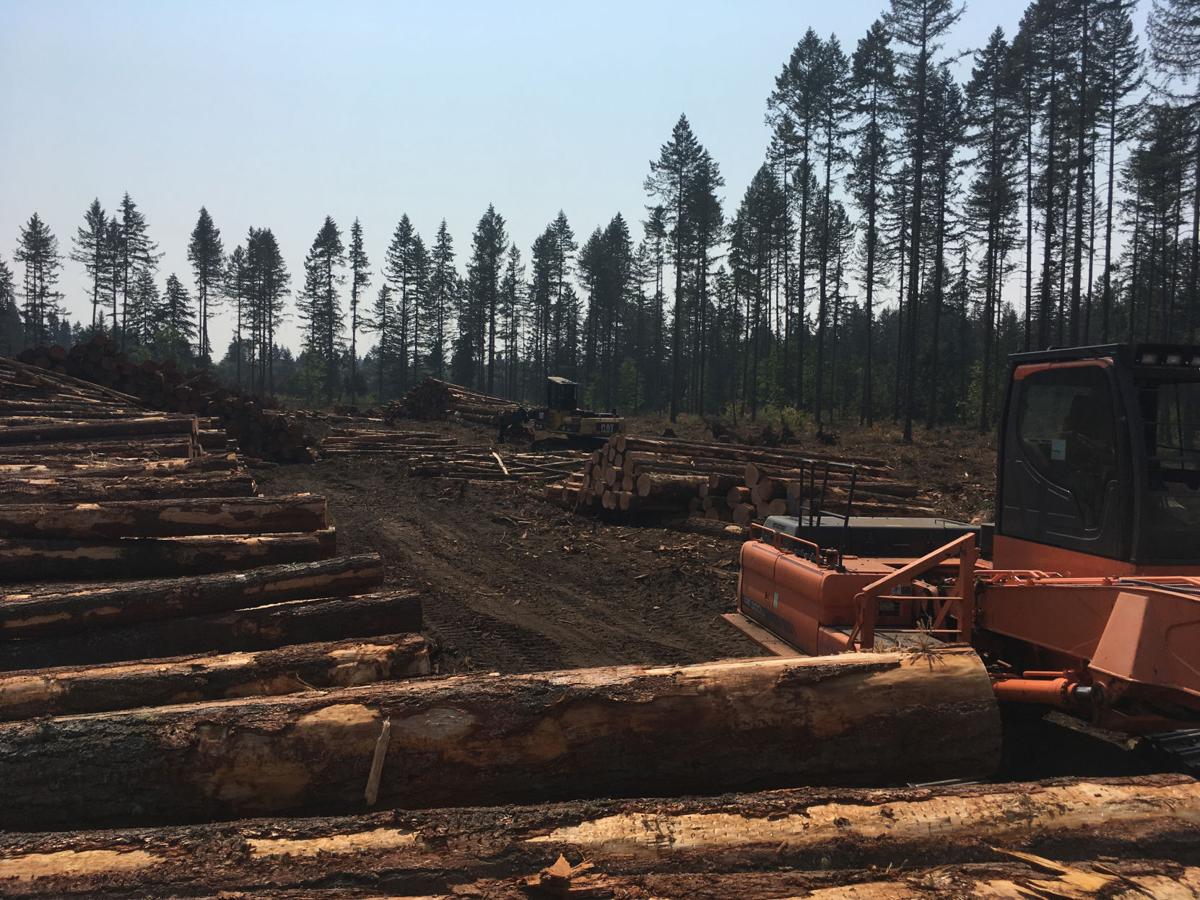 Logs felled during the operation are stacked in a log deck ready for removal on Training Area 13 Aug. 13. 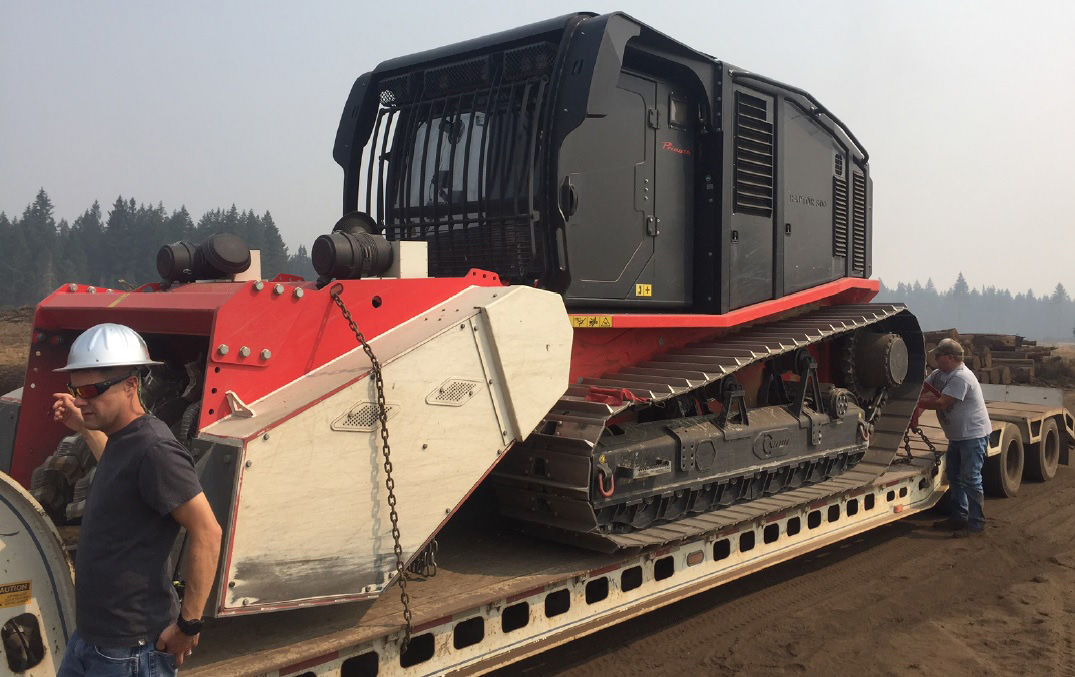 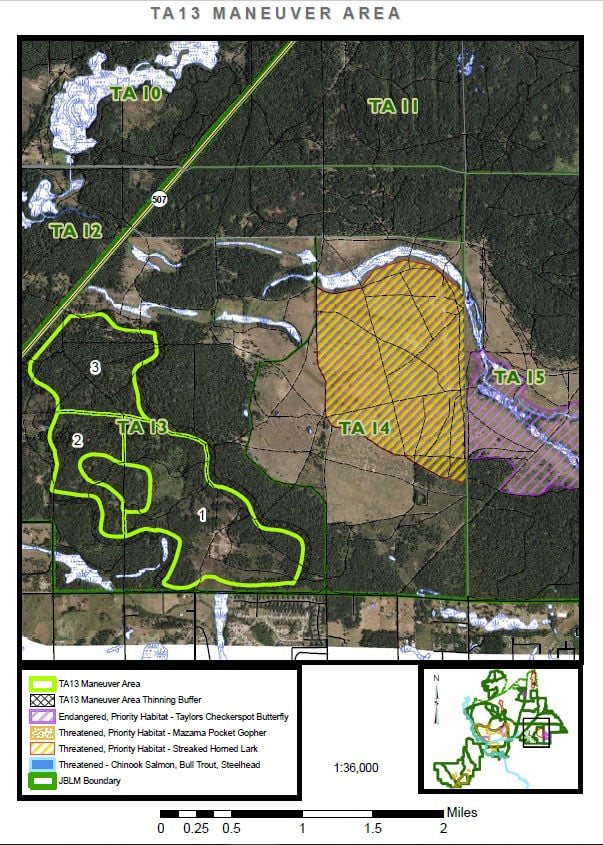 Training Area 13 Maneuver Area map shows the gradual changes as well as the hatched area shows the priority habitat in training areas 14 and 15.

Joint Base Lewis-McChord has 61,000 acres of forest, woodland and savanna, most of which are actively managed for military training and for commercial and noncommercial uses.

Forest management activities are carried out by on-site professional foresters and technicians. These activities include forest improvement, reforestation, forest protection and maintenance of forest access roads.

Over the last several years, the forestry program on JBLM has been helping create an enhanced maneuver training area for service members to train in while reducing pressure on three species on JBLM listed on the Endangered Species Act — the streaked horned lark, the Taylor checkerspot and the Mazama pocket gopher.

According to Aaron Fox, forestry program manager, areas that were once open to mounted training (off-road) are now considered occupied habitat and off limits. He said that meant increased pressure on range operations to find enough area for large-scale training exercises. That led to an environmental assessment where multiple sites were considered to accommodate this need.

“Training Area 13 is former prairie and prior to European settlement was well suited for modern mission training requirements,” Fox said. “Upon completion of this project, service members can engage in a variety of training exercises, including off-road maneuver, in an area with minimal (impact on the endangered species) or other constraints.”

Fox said, the project would increase military training use of Training Area 13.

“Thereby benefiting (endangered species) by reducing training in or near other training areas with priority or occupied habitat,” Fox said. “From time to time, special harvests occur to accommodate military training needs such as this, and much of the logging debris is removed from sales or disposed of onsite by various means so as not to inhibit troop movements. Additionally, as part of this sale, newly created stumps are required to be cut or ground down to mineral soil as the stump is also considered a part of the merchantable product.”

This newly established maneuver area will make available approximately 1,200 acres of open maneuver ground and will have injected approximately 27 million board feet of timber products to the local economy. This is being done in phases or several years.

The Timber Sale Program designates areas for commercial wood harvest, determines how much wood is available and the harvest method to be used, and marks trees to be cut. Actual timber sales are sold and administered by the Army Corps of Engineers, which maintains an office on JBLM.

These sales are bid on mostly by local loggers and sawmills, contributing to the local economy. Annual harvest in recent years has been about one-third of estimated annual forest growth.

Forty percent of the net revenue is sent to Pierce and Thurston counties to support schools and roads, and the balance supports Army forestry programs at other installations.

Under the Sikes Act, each military installation with significant natural resources must have an Integrated Natural Resources Management Plan. JBLM’s plan was revised in 2019. The Forest Management Plan was finalized in 2017 and became a component of the INRMP.

JBLM is certified as a sustainable forestry operation by the nonprofit The Forest Stewardship Council.

Forestry is working with the Army Sustainable Range Program and Integrated Training Area Management to rehab the maneuver area and get it ready for use.

According to Sally Jones, JBLM’s ITAM coordinator, plans are evolving and will span several years and include a variety of treatments like mowing and herbicide application.

“ITAM will be seeding the area beginning this fall,” Jones said. “We are also participating in the Institute for Applied Ecology’s RestoreNet project — installing a few research plots in the newly harvested areas.”

The work to create Stryker habitat in Training Area 13 by JBLM forestry further supports the Sustainable Training Lands goal to maintain the ability of JBLM to meet current and future military missions without compromising the integrity of natural and cultural resources both on the installation and regionally as well as assist in the recovery all listed and candidate federal species in the South Puget Sound Region.