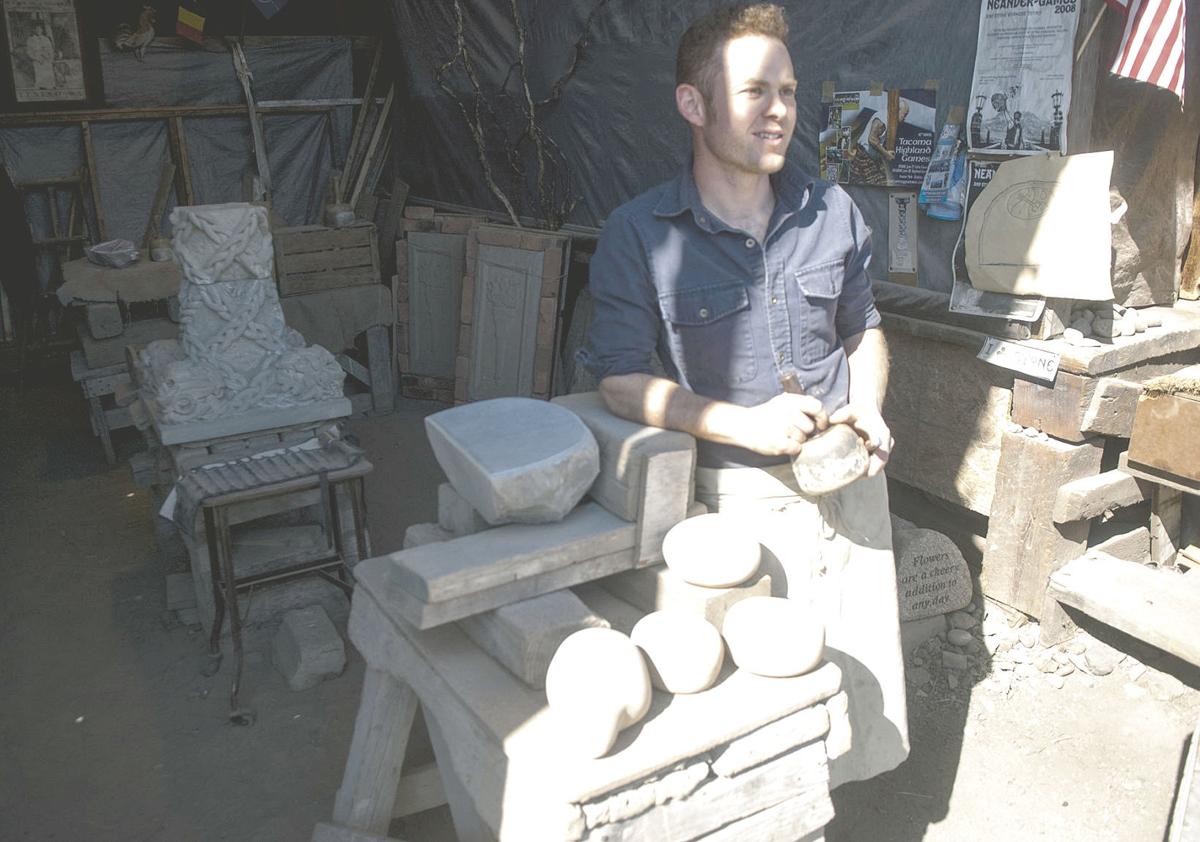 Ed Salerno, a stone carver, takes a break from his work to speak on the merits of his craft and his city in this 2016 Nisqually Valley News file photo. 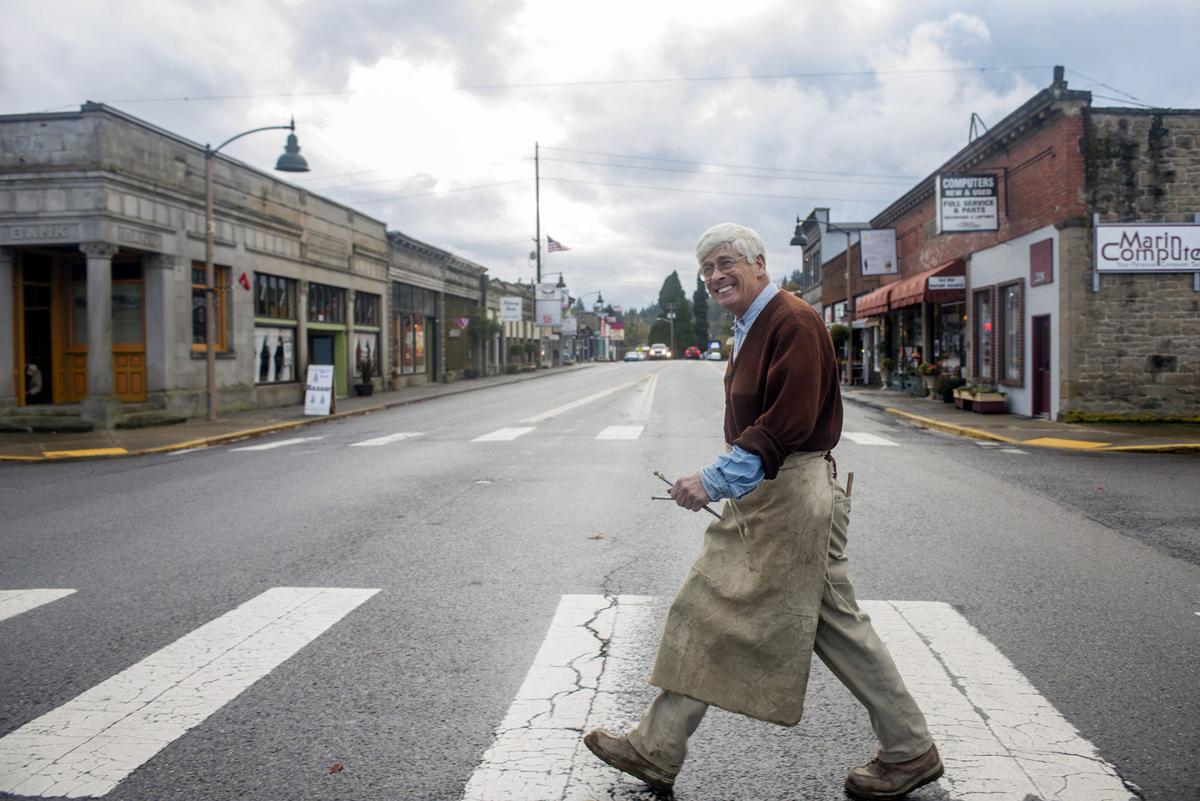 While walking around downtown Tenino, Keith Phillips, a master stonecutter, points out his work on display on almost every building and corner in the town in this 2014 file photo.

(Editor's Note: Oregon Trail Days is July 26-28 in Tenino. The Nisqually Valley News will highlight different aspects of the festival between now and July 25, when a special section focused on Oregon Trail Days will be published in the NVN.)

Four years ago, when Ed Salerno met Tenino’s renowned stone carver Keith Phillips, he never imagined the intricate craft would later become his full-time job and that he would help add character to the small Thurston County community.

Following in the footsteps of Phillips, a 30-year veteran of the art, Salerno and others from the Tenino Stone Carvers collective will continue their annual tradition of stone carving education at Oregon Trail Days with activities at the Tenino Depot Museum.

Members of the group will be at the museum giving lessons in sandstone and soapstone carving. Phillips will give intermittent demonstrations of stone carving.

“There’s all sorts of pioneer-era activities,” Salerno said. “It’s free for kids to try and we have fun doing it every year.”

Small, portable soapstone kits will also be on sale for visitors who leave the exhibition with a craving to carve.

Salerno caught that same craving almost four years ago while visiting the town during a hike on the Western Chehalis Trail. During a visit to the museum, an employee told him about certain landmark establishments that made Tenino a unique little town.

“She told me that I should check out Keith’s workshop, and that’s what I did,” Salerno said. “Keith’s always been passionate about not just carving, but teaching it.”

After receiving a few instructions from Phillips, Salerno soon fell in love with the artisanal activity. In due time, Salerno was supplementing his part-time job in Olympia with his work in Tenino.

“At that time, I didn’t have any thought that this could be a job. I just came here to do this as a hobby,” he said.

After establishing himself under Phillips’ tutelage, Salerno began taking on some of his superior’s smaller projects, such as tombstones for pets.

The art of stone carving is an arduous, yet beautiful process. Not only do carvers, such as Salerno, obsess over each intricate detail of a piece, but they also have to do a lot of work quarrying their own stone, in certain cases.

There’s definitely a personality that comes with the type of work Phillips and Salerno do.

“There’s no way to redo if you make a mistake outside of starting over,” Salerno said. “But I think there’s a certain type of person that — and I identify myself as this — making something with your hands is the reward.”

Salerno said he loves the idea of working with his hands and enjoys the process of bringing a project to life. With a bit of jest, Salerno said he would have probably fallen into any other hands-on profession if the teacher was half as good as Phillips.

The community kept supporting Salerno, Phillips and the local stone carver collective. It wasn’t long before Salerno quit his job in Olympia.

“Here was I in a really small town where not only was this possible, but it was needed with a person of this skill,” Salerno said. “I came on full time with Keith and I ran with it. And I haven’t stopped since.”

Being a local stone carver means being part of nearly every part of the process, Salerno said. That includes installation and study. All in all, the art of carving seems to just barely scratch the surface of the craft.

“What I love about stone is that it touches many areas of study. You do a great deal,” Salerno said. “I can’t even really describe in entirety what makes is such an interesting field. There’s so many things.”

Salerno encourages curious readers to visit the Tenino Stone Carvers workshop from 9 a.m. to 4 p.m. on certain Fridays and Saturdays at 147 Olympia Street North. It is recommended to call in advance at (360) 280-9098. Learn more at teninostonecarvers.com.