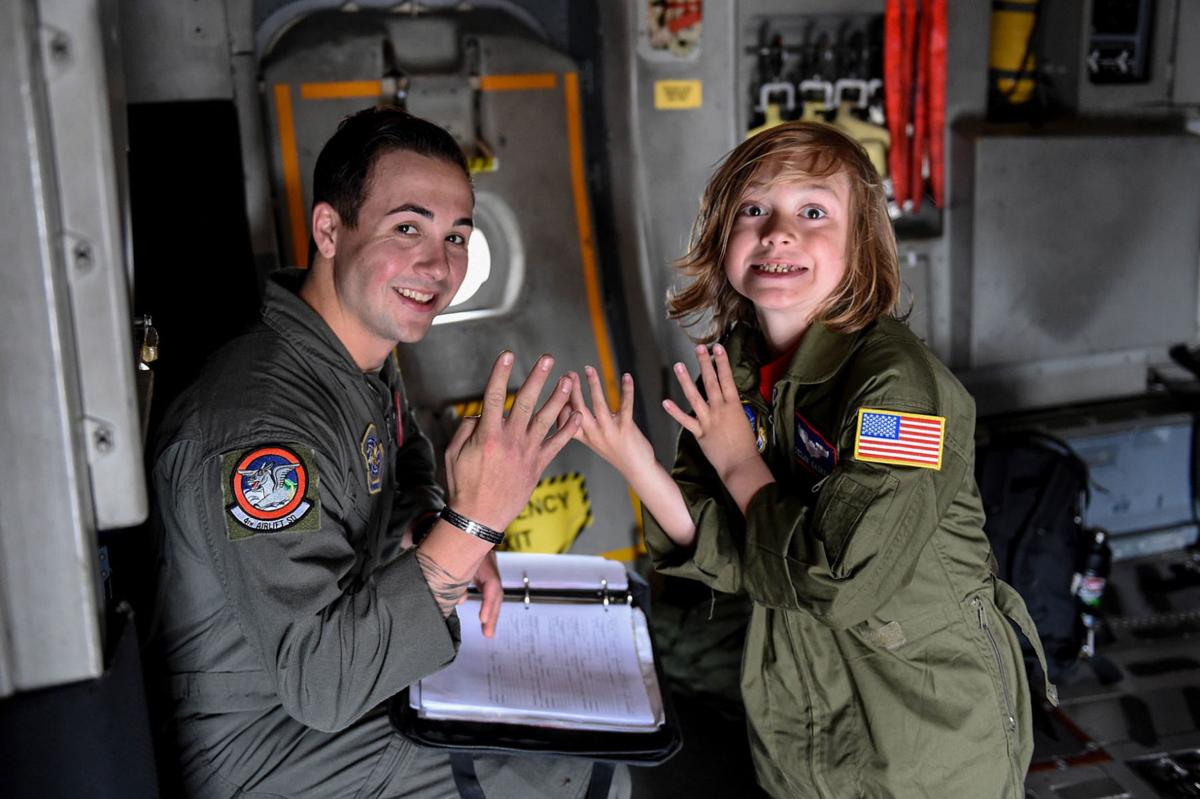 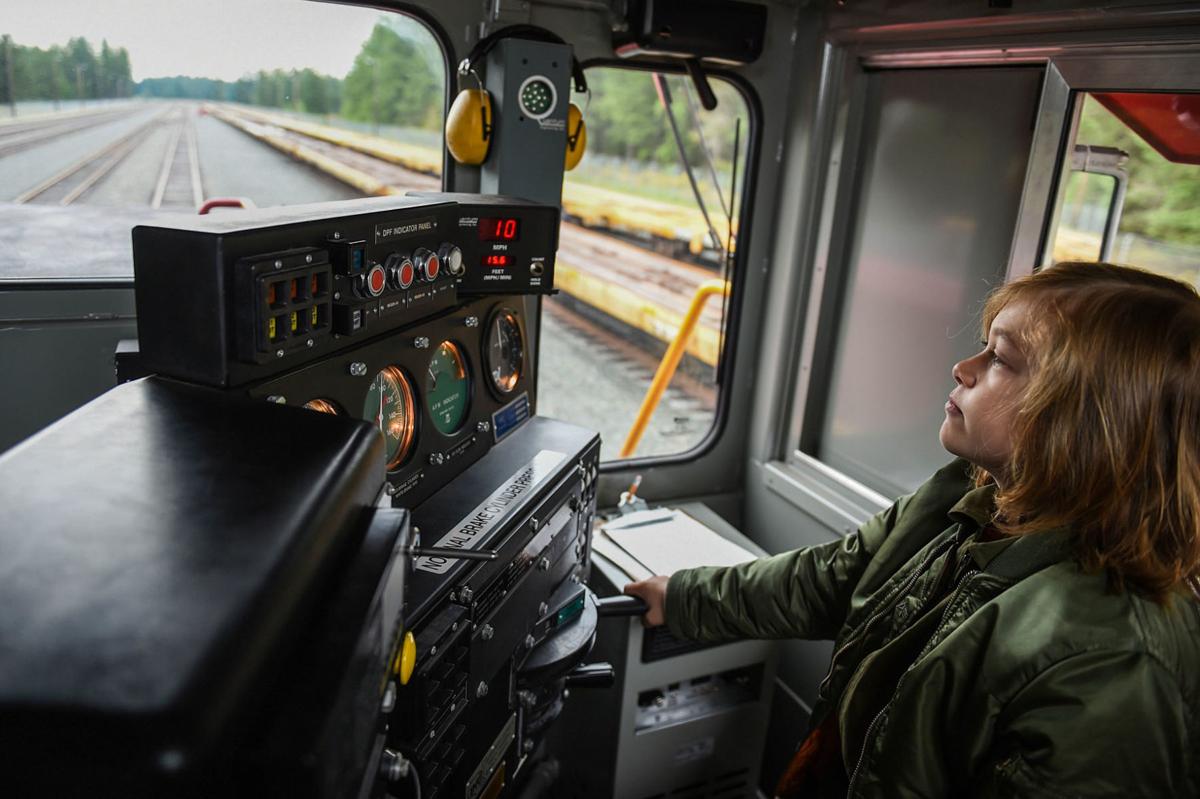 Declan Gaskill, 62nd Airlift Wing's Pilot for a Day participant, operates a railway engine at the Joint Base Lewis-McChord train depot as part of his itinerary recently. 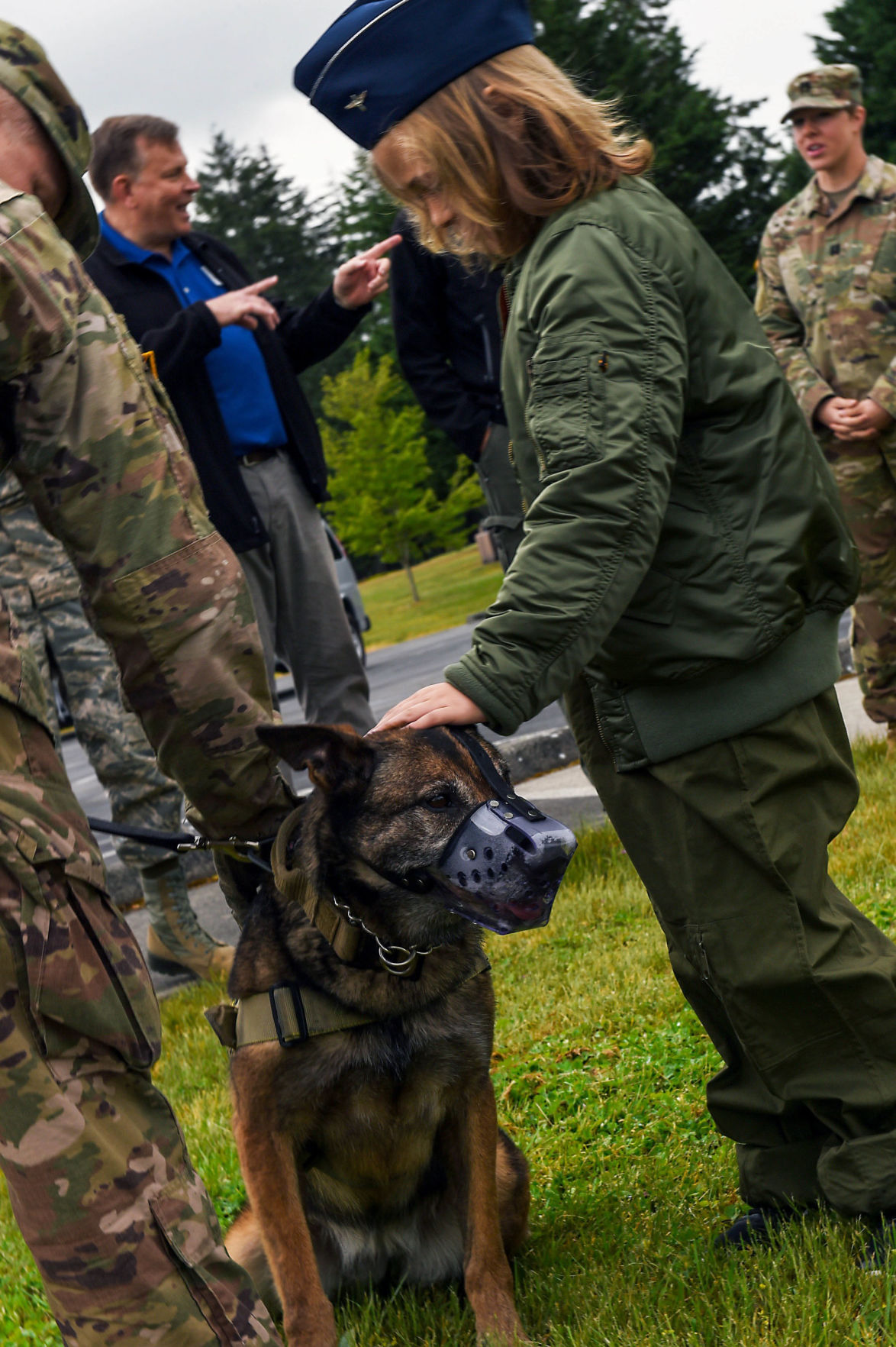 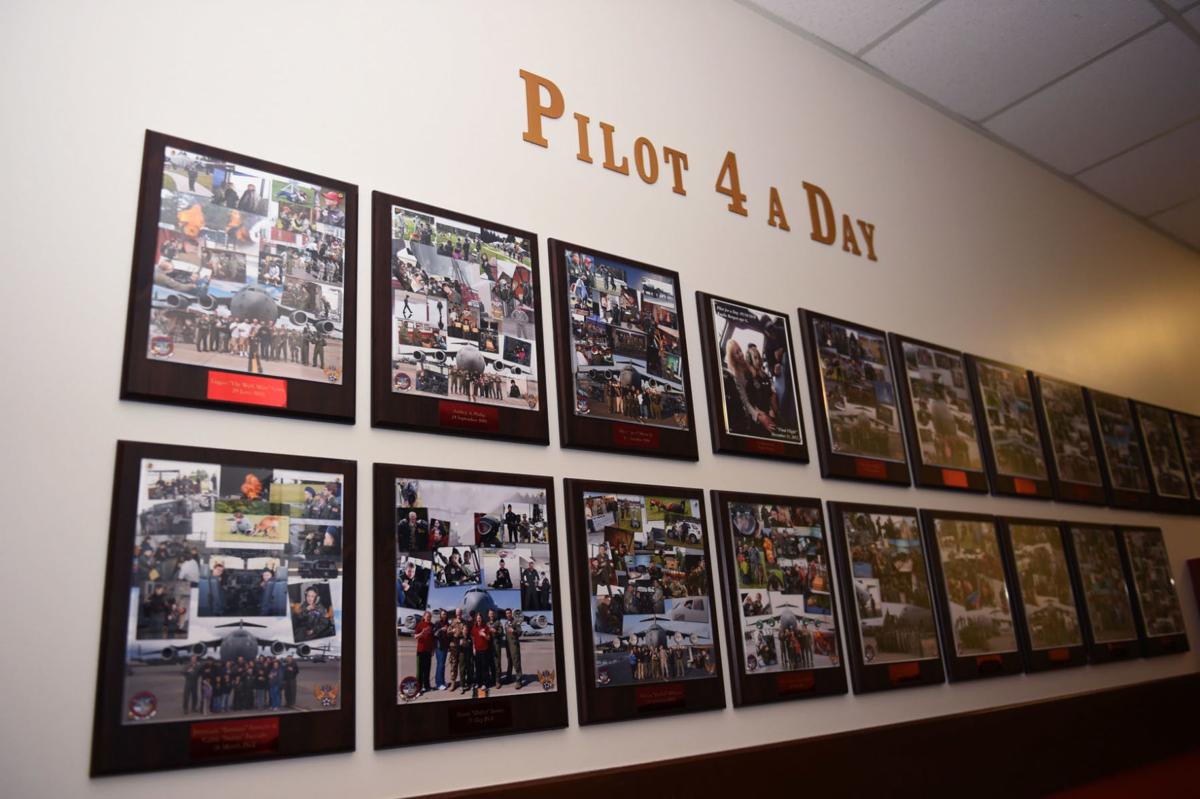 An Air Force community outreach program continues to provide children facing health difficulties an opportunity to have fun and see firsthand some of the things that airmen do.

The 62nd Airlift Wing’s current Pilot for a Day program at McChord Field was revamped in 2010 as a collaboration between the local Air Force Association’s Chapter 334 Pilot for a Day committee and the 4th Airlift Squadron.

“Our goal is to reach out to those children, who are experiencing a less-than-typical childhood due to health issues outside of their control and create a day where they can set those issues aside and just enjoy being a youngster,” said Robert Branscomb, AFA Pilot for a Day committee retired chair and program co-founder.

Since the Pilot for a Day program was resurrected in 2010, there have been 24 participants inducted as honorary members into the 4th AS.

“In the 4th, we feel more like family than coworkers, and on the special days we host these children, our family grows a little bit and gets a whole lot stronger,” said Col. Sean Burke, 4th AS commander.

Another goal of the program is to give these children and their families another community to be a part of.

“My family and I flew back from (Washington), D.C. for our first Pilot for a Day participant,” said Brig. Gen. Rodney Lewis, deputy director for Operations, Operations Team One, National Joint Operations and Intelligence Center, at the Pentagon, who is a former 4th AS commander and Pilot for a Day program co-founder. “After she passed, we just wanted her family to know that she was a member of our Air Force family.”

Typically, a member of the 4th AS organizes the itinerary and tries to cater it to the child’s interests. Capt. Jeffrey Hill, 4th AS C-17 pilot, organized the Pilot for a Day event for Declan Gaskill, who visited the squadron recently and has a particular interest in trains.

Declan, clad in his new Air Force flight suit, jacket and cap, was eager to see inside the locomotive as they drove up to the train depot.

“To see multiple organizations take time out of their day to plan and execute demonstrations for the family is more inspirational and representative of the core values than the demos themselves,” Hill said. “The event also helps strengthen the relationship between JBLM and the AFA, who sponsors the event.”

The AFA and 4th AS plan to continue to grow the program.

“Currently we are hosting one, sometimes two children each year,” Hill said. “Through working with the AFA, we are hoping to expand that number to something closer to one per quarter.”

This program allows a child to be just like everyone else here for day -- no matter what they may have going on in life, Corri said.

The Pilot for a Day program existed at McChord Field before 2010 but not in the capacity it is now.

“When Robert Branscomb and I talked about revamping the program 10 years ago, it was something we both felt really called to do,” Lewis said. “We have the ability to provide these kids and their families with a memorable day and a new community for them to be a part of ... that’s just a small thing we can do to try to brighten their lives a little more.”

To nominate someone who may be eligible to participate in the Pilot for a Day program, call Jeff Merrit, committee chair, at 253-861-3365.