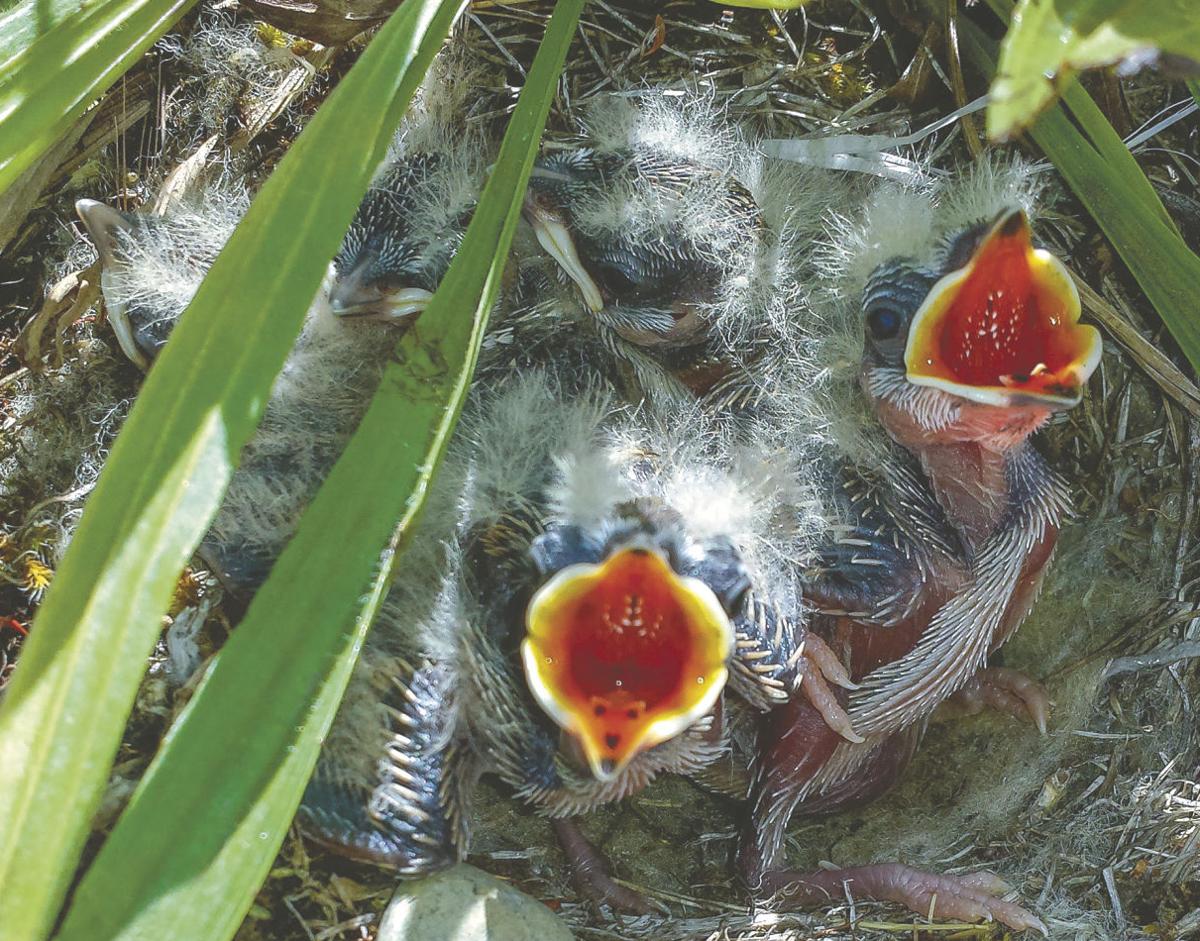 These streaked horned lark nestlings were seen on Gray Army Airfield in 2016. 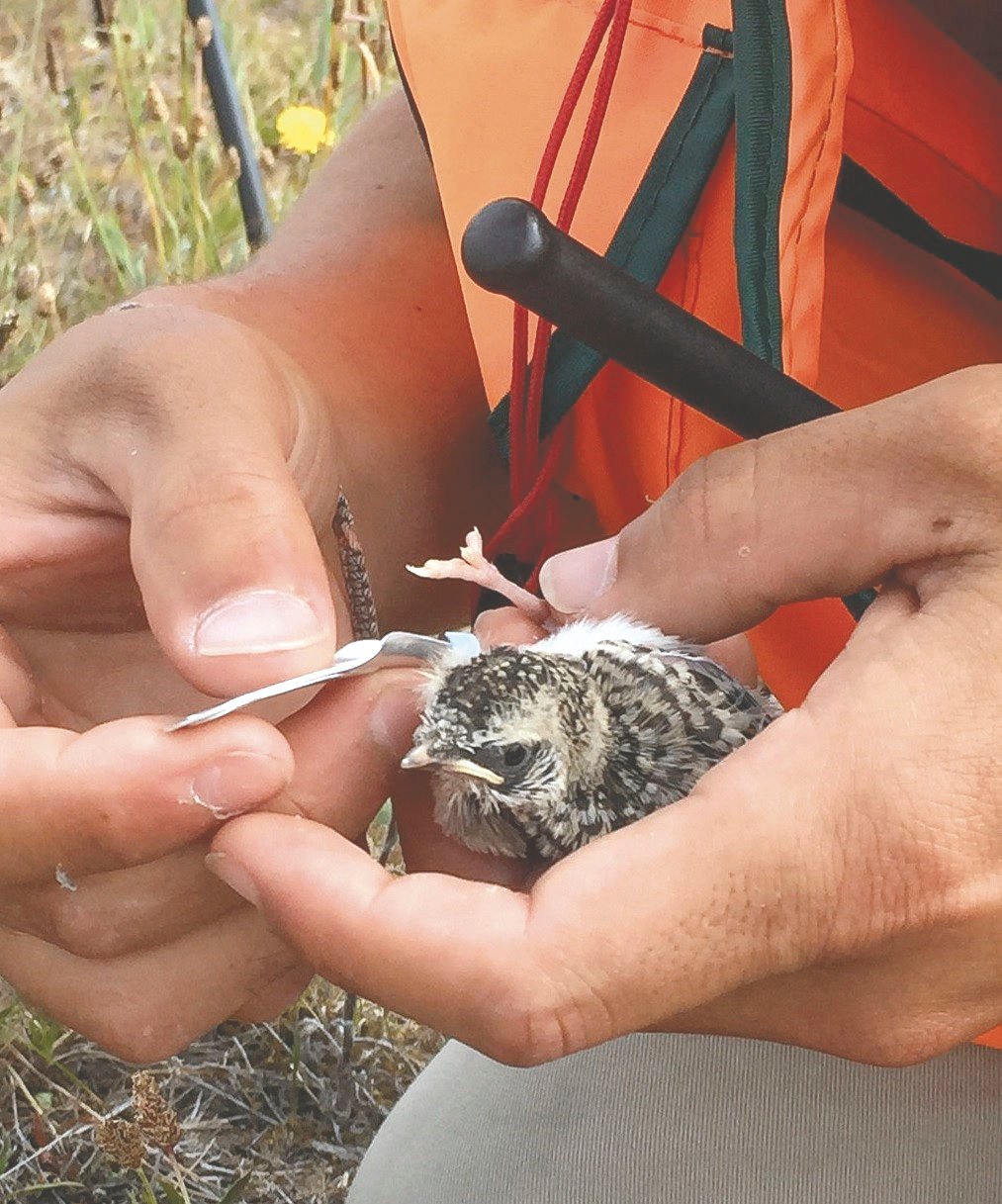 A streaked Horned Lark nestling is color banded on Gray Army Airfield in 2016. They are banded to determine survival rates and whether they use the same sites each year or venture to new sites.

At about 90,000 acres, Joint Base Lewis-McChord is the third largest installation in the Army and home to about 40,000 soldiers and airmen. The base supports artillery and maneuver training, land-warrior system testing and an operational airlift mission while also home to a rare ecosystem, the South Sound Prairie.

This endangered ecosystem is home to several species of concern, including endangered animals and plants.

The streaked horned lark is a federally threatened species. It is a small ground nesting bird, which makes it especially vulnerable to recreation and military training impacts. It is found in open prairies, sparsely vegetated areas in the Willamette Valley, Puget Sound prairies, on sandy islands in the Columbia River and along the Washington coast.

On JBLM, these birds use open prairies and airfields, as well as the Artillery Impact Area, because it sees frequent fire due to training, which creates the open habitat and vegetation structures larks need to nest and forage. Other streaked horned larks are considered partial migrators annually traveling to the Willamette Valley in Oregon in the fall before returning to JBLM the following spring.

Nesting behaviors begin in late March, with first eggs being laid in April and continuing into late August. They will often re-nest in late June or early July. The nests consist of a shallow depression built near native vegetation and lined with fine dead grasses.

The female usually lays one to five (on average three) greenish or grayish eggs speckled with brown. Young streaked horned larks leave the nest by the end of the first week after hatching and are cared for by the parents until they're about four weeks old, when they become independent. Nest success is often very low due to predation and being crushed by vehicles and other human activities.

Besides limited habitat in the South Puget Sound, there are many threats to this population, to include loss of genetic diversity, low survival and reduced fecundity and nest success. On JBLM, biologists support the streaked horned lark with restricted seasonal training in areas known to have the birds nesting. The majority of larks in the Puget Sound region are on JBLM, and there are an estimated 252 individuals.

Joint Base Lewis-McChord supports military training while hosting 90 percent of the remaining prairie habitat in the South Puget Sound. Through the Sentinel Landscapes Partnership, the Departments of Agriculture, Interior and Defense work with a variety of partners to promote working lands, protect wildlife species and habitat and ensure military readiness at the base.

Multiple properties with remnant prairie, including state- and county-owned lands and private lands purchased in-fee from willing sellers, are being managed as conservation preserves where native prairie is restored and the ESA-listed species are conserved or reintroduced. Together, they hope to ensure the viability of JBLM's mission, imperiled species and working agricultural land in the South Puget Sound.