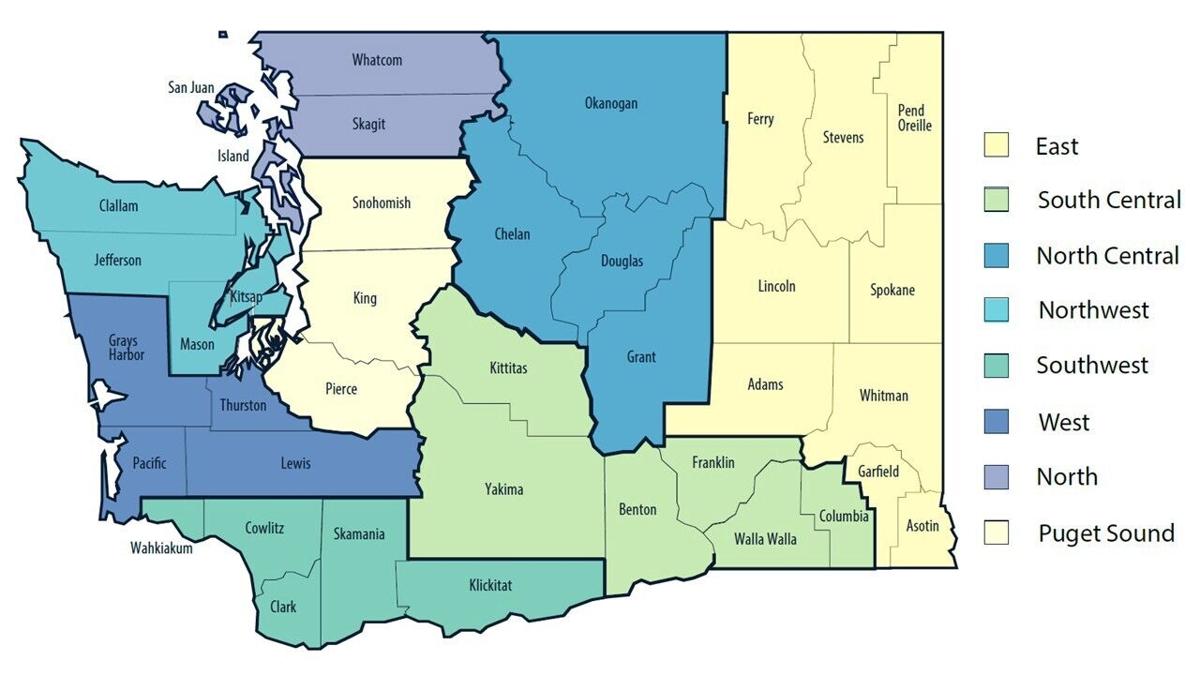 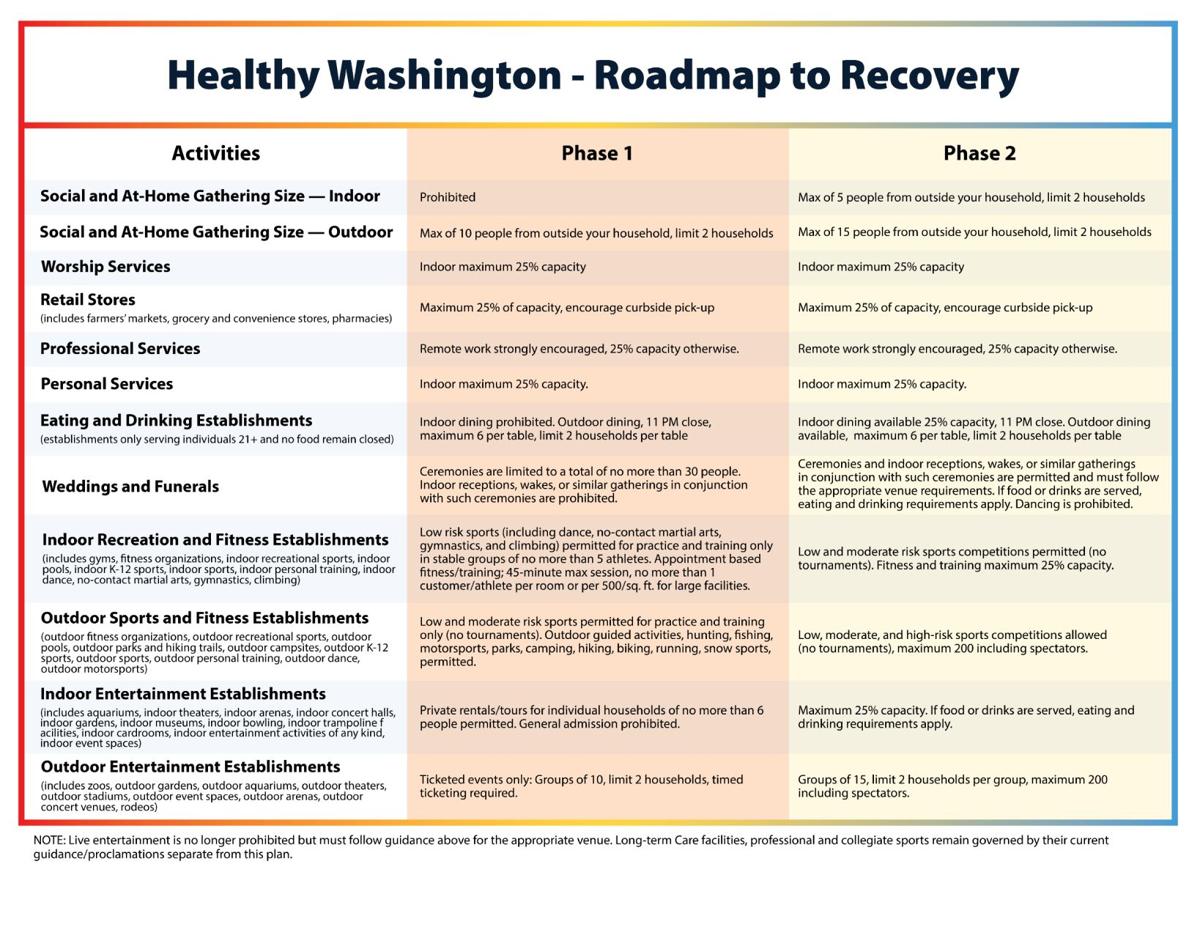 Washington state has a new regionalized reopening procedure in place for the new year, as Gov. Jay Inslee announced a new set of metrics and phases in the state’s “Healthy Washington” plan.

During a Jan. 5 press conference, Inslee announced the new plan, which will be based on eight regions rather than county-by-county COVID-19 activity as was the case in 2020’s “Safe Start Washington” plan.

Currently, “Healthy Washington” has two phases, with all counties beginning in Phase 1 on Jan. 11. In order to move into Phase 2, regions will need to have specific trends in both recent COVID-19 case rates and admission rates per 100,000 of population decreasing by 10 percent in the last two weeks compared to the two weeks prior. Intensive care unit (ICU) capacity will need to be less than 90 percent in the region, and COVID-19 test positivity rates must be below 10 percent of those tested.

Regions that move into Phase 2 are subject to maintaining metrics in order to determine whether or not that can remain in that phase. Regions must maintain a decreasing or flat recent case rate and hospital admission rate, a below 90 percent ICU occupancy, and a positivity rate of less than 10 percent. Should a region fail to meet two or more of the metrics, it must move back into Phase 1.

In Phase 2 the governor said that restaurants and indoor fitness centers can reopen with 25-percent indoor capacity. Weddings and funerals will be allowed under capacity restrictions, though dancing is prohibited. Sports competitions are also allowed in Phase 2, though with no more than 200 spectators, and no tournaments are allowed, according to state guidance.

Movement into different phases will be automatic, not requiring the application process that was the case during “Safe Start Washington.

A number of modifications to current restrictions will occur in Phase 1. Inslee’s external affairs director Nick Streuli said that in Phase 1, appointment-based fitness and training in gyms would be allowed with no more than one customer or athlete per 500 square feet of the facility. He added that small-scale live performances would be allowed, giving the example of a pianist playing in the corner of a hotel lobby as something to be allowed under the new restrictions.

As to the shift toward a regional and not county-by-county approach, Inslee said the move made sense when looking at the regionalization of healthcare and economic sectors.

“We know that viruses do not respect county boundaries,” Inslee remarked.

Washington State Secretary of Health Umair Shah said the new reopening plan allowed for a balance between keeping up the fight against COVID-19 while allowing for economic recovery. He said that the state health department would be monitoring the criteria for phase shift weekly, with changes to any region’s phase going into effect the following Monday.

Washington State Deputy Health Secretary for COVID Response Lacy Fehrenbach said that any region could be eligible to move into Phase 2 as soon as Jan. 11, based on data run by the state health department on Jan. 8. She said that the plan could be adapted given new information about the pandemic or due to greater vaccination rates.

“We’ve learned a lot about COVID in this pandemic, and we are adjusting to it as we go, using the latest scientific information,” Inslee said. He said additional phases would be added “when it becomes clear that we have knocked down COVID activity emphatically.”

Inslee said that COVID-19 activity did not appear to be worsening, noteworthy given the passing of the holiday season. He said that was due to large compliance among residents not to gather for festivities,

Shah mentioned that data from the Centers for Disease Control and Prevention showed that Washington State had one of the lowest rates of COVID-19 cases in the U.S. Inslee commented that there were 45 other states with higher infection rates than Washington.

“This diligence by Washingtonians, both in their personal lives and in their business lives, has paid off,” Inslee remarked, noting wide-scale compliance of restaurants and bars on restrictions put in place in November.

The press conference was the first of such featuring the governor since Shah had taken the secretary position, following the resignation of former secretary John Wiesman in December. Shah and others taking part in the press conference urged continued compliance to restrictions in order for the state to make it out of the pandemic.

“We do not want to fear COVID-19, but we have to respect COVID-19,” Shah remarked. “It has been a formidable foe throughout this last year. We’ve got to do everything we can to continue to move forward.”