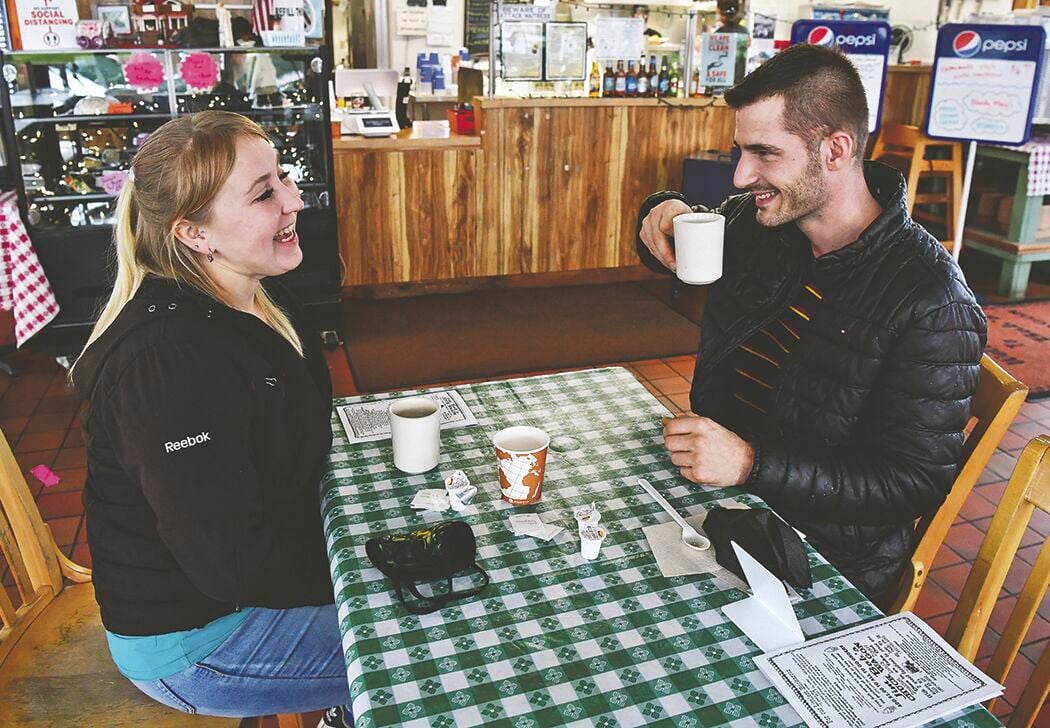 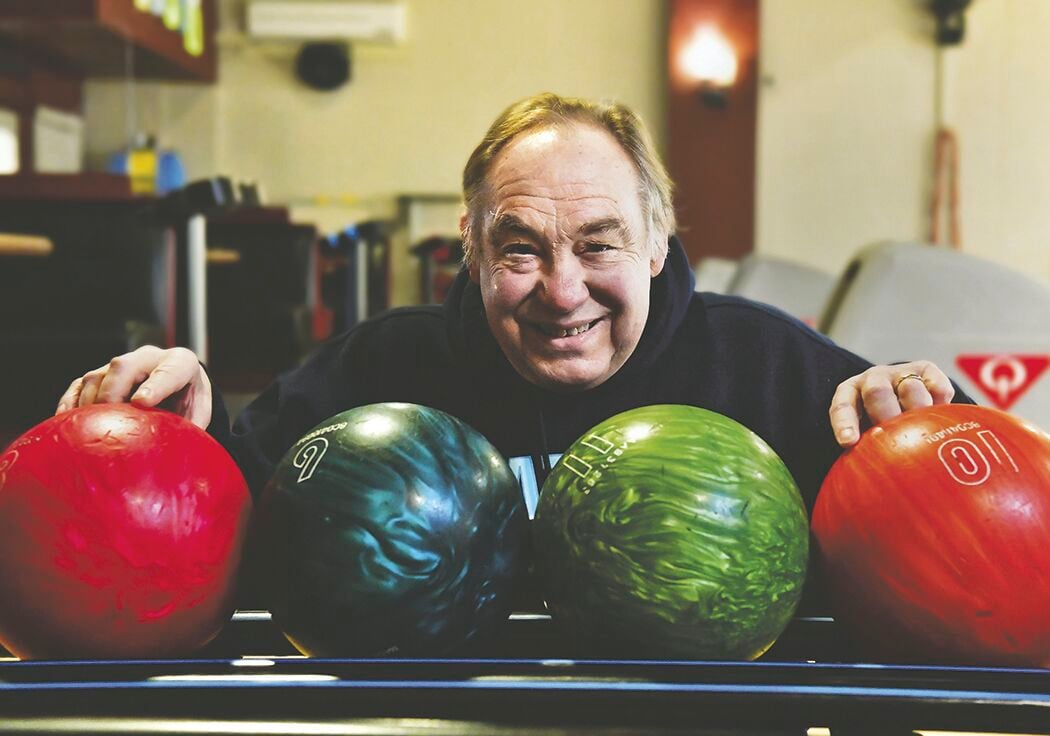 Mickey Beadle, owner of Prairie Lanes bowling in Yelm, is set to reopen the facility after Thurston County moved into Phase 2 of the state's Healthy Washington — Roadmap to Recovery program, which allows local businesses to operate under certain restrictions.

Prairie Lanes bowling manager Kathy Kruize, 57, scans her computer on Monday, Feb. 22, to determine how to troubleshoot several of the facility's televisions that were not functioning properly. 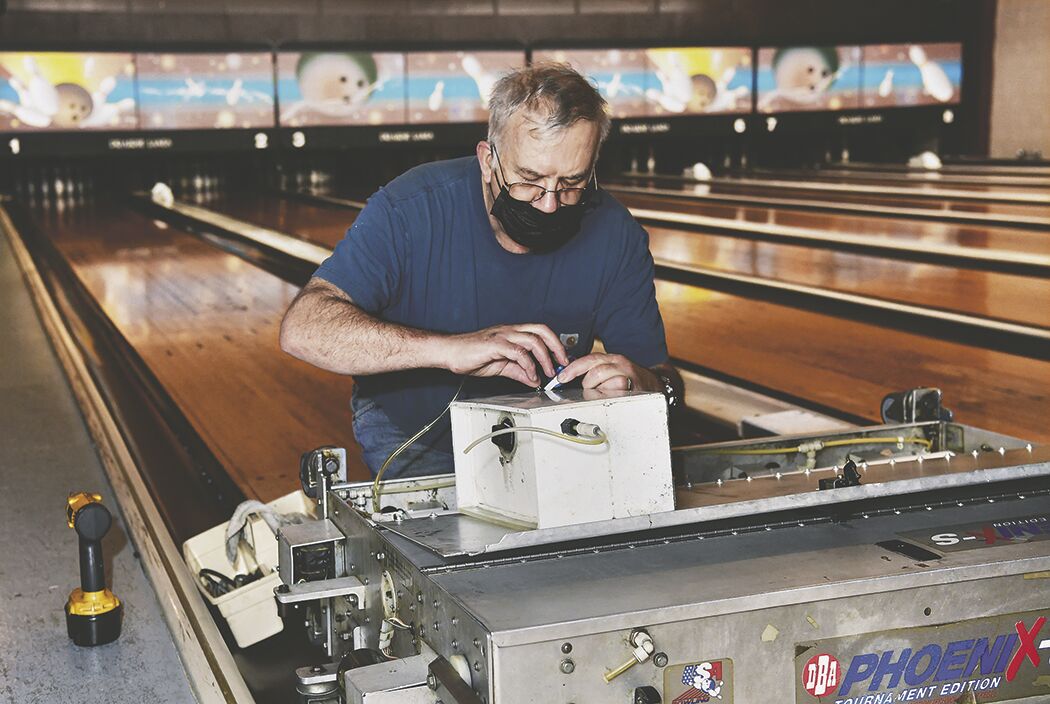 Bob Kruize, who's the mechanic/fix-it man at Prairie Lanes bowling in Yelm, checks the fittings on the facility's lane conditioner on Monday, Feb. 22, before the business reopens under Phase 2 of the state's Healthy Washington — Roadmap to Recovery. 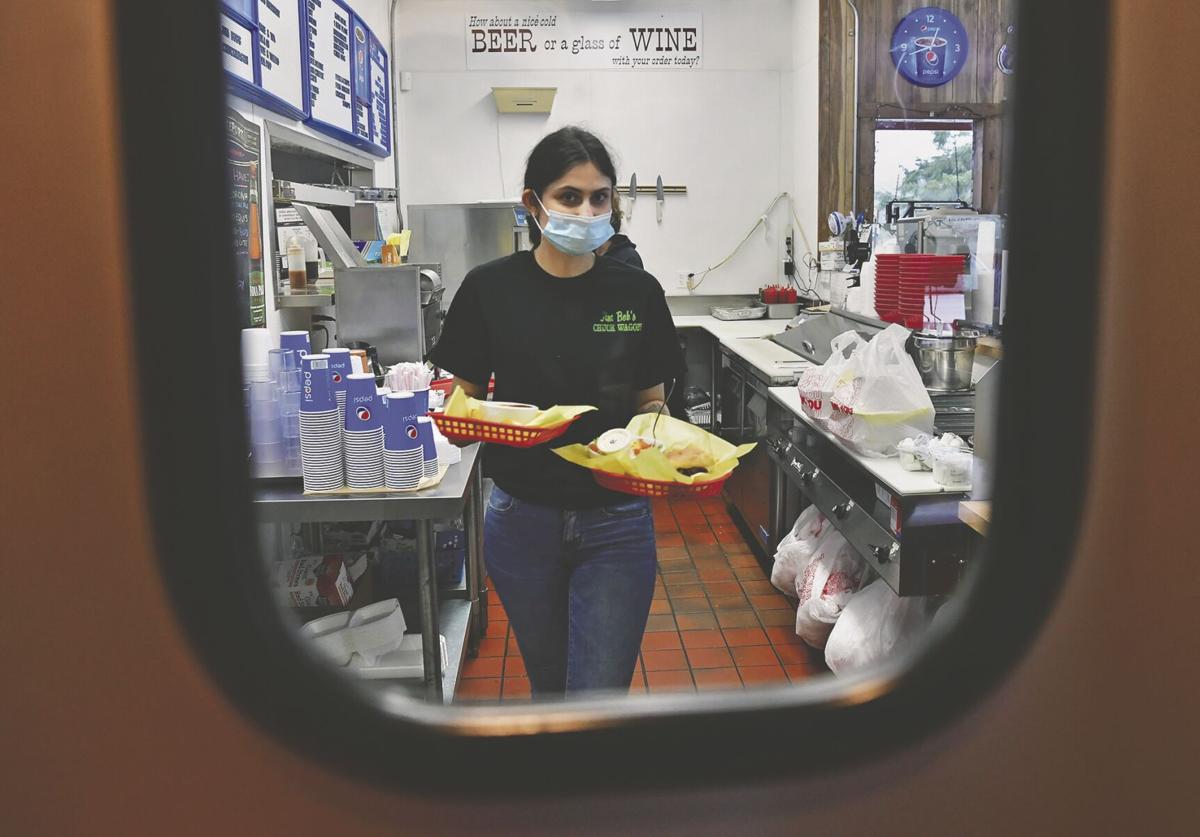 Mickey Beadle, owner of Prairie Lanes bowling in Yelm, is set to reopen the facility after Thurston County moved into Phase 2 of the state's Healthy Washington — Roadmap to Recovery program, which allows local businesses to operate under certain restrictions.

Prairie Lanes bowling manager Kathy Kruize, 57, scans her computer on Monday, Feb. 22, to determine how to troubleshoot several of the facility's televisions that were not functioning properly.

Bob Kruize, who's the mechanic/fix-it man at Prairie Lanes bowling in Yelm, checks the fittings on the facility's lane conditioner on Monday, Feb. 22, before the business reopens under Phase 2 of the state's Healthy Washington — Roadmap to Recovery.

Local businesses should get a gold medal for resiliency in reacting to the COVID-19 pandemic.

But alas — nearly 12 months into a global pandemic, with 5,000 Washingtonians dead and little financial relief over the last six months — many businesses continue to struggle as the state’s new reopening process begins to unfurl.

On Feb. 1, Thurston County and other neighboring counties entered into Phase 2 of Gov. Jay Inslee’s “Roadmap to Recovery” plan, which divides the state into eight distinct regions that must progress on a number of health metrics in order to reopen.

Many businesses are now open — again — and operating at 25 percent capacity with other industry-specific guidelines to help curb the spread of COVID-19. Although they’re exhausted with the ever-changing restrictions, many businesses hanging by their fingertips are still hopeful the state will be able to reopen sooner rather than later.

“We’re all hopeful, but with everything going on, who knows. The numbers are looking good, though,” said Leon Collins, owner of Bob’s Bar and Grill in downtown Yelm.

Last year was a rough one for Collins and his five employees. He estimates the bar lost about $250,000 in gross revenue due to the effects of closing his business in 2020, and notes that he hasn’t been able to secure any financial assistance through the federal Paycheck Protection Plan — though not from lack of trying, he says.

The bar reopened its doors shortly after the county moved into Phase 2 to steady business, Collins said. Games such as pool, which are allowed under the new reopening plan, have also drawn in some newcomers.

“We had a lot of people the first day we were open. That kicked ass,” Collins said. “Still isn’t what it used to be. But as a whole, we’re holding in there.”

Yelm Prairie Lanes reopened Feb. 17 and has been met with a steady stream of bowlers, said Mickey Beadle, the owner. The bowling alley largely remained unused during the three months it was closed.

The business, located at 202 Yelm Ave., lost roughly 60 percent of its income last year due to the coronavirus pandemic. While staff are staying relatively positive about the prospect of opening up more, there’s no way of truly knowing what the next week will bring.

“You know, it can still change week to week. It’s tough knowing we could be closed next week,” Beadle said Monday morning as a bowling alley mechanic did work on a bowling lane. “I’m counting on it not shutting down, and I’m hoping on going forward to Phase 3 … as soon as possible. We’re at peak bowling season.”

Phase 3 metrics and restrictions have still not been defined by Gov. Jay Inslee.

Many of the bowling alley’s employees have stayed on throughout all the tough times, Beadle said. Only one employee, an assistant mechanic, left for another job.

Both Beadle and Prairie Lanes Manager Kathy Kruize say they get the impression people are comfortable to be back out in the public, doing activities and dining out. The first weekend they were back open was one of the busiest days they’ve had in more than a year.

DeeDee Mays, general manager and longtime employee at Jim Bob’s Chuck Wagon BBQ in McKenna, said it’s been nice to see the restaurant’s regular customers again. The restaurant, which has been doing takeout orders since the start of the pandemic, recently opened seating for customers.

“We have some that still aren’t sure with the virus,” Mays said.

The restaurant, like many, has been working to operate while implementing the new state health requirements.

The need for additional financial assistance is still there as businesses begin the process of reopening the doors to the public, said Yelm Chamber of Commerce Executive Director Line Critchfield.

“These grants that are available kind of make that hardship a little easier,” she said.

The state Department of Commerce, according to its website, says a fourth round of Working Washington small businesses grants are coming soon, with an application portal expected online by late March. The $240 million grant program was recently approved by the state Legislature and Inslee.

A new COVID-19 relief package, proposed by President Joe Biden, is also making its way through Congress and could be passed by the U.S. House soon.

Critchfield said the Yelm chamber will consider the feasibility of another round of business grants in the second half of this year. Late last year, the chamber resumed an application process for businesses to receive up to $500 in assistance.

“We’re still staying positive, and we’re really impressed with how our businesses are innovating and switching things up,” Critchfield said.