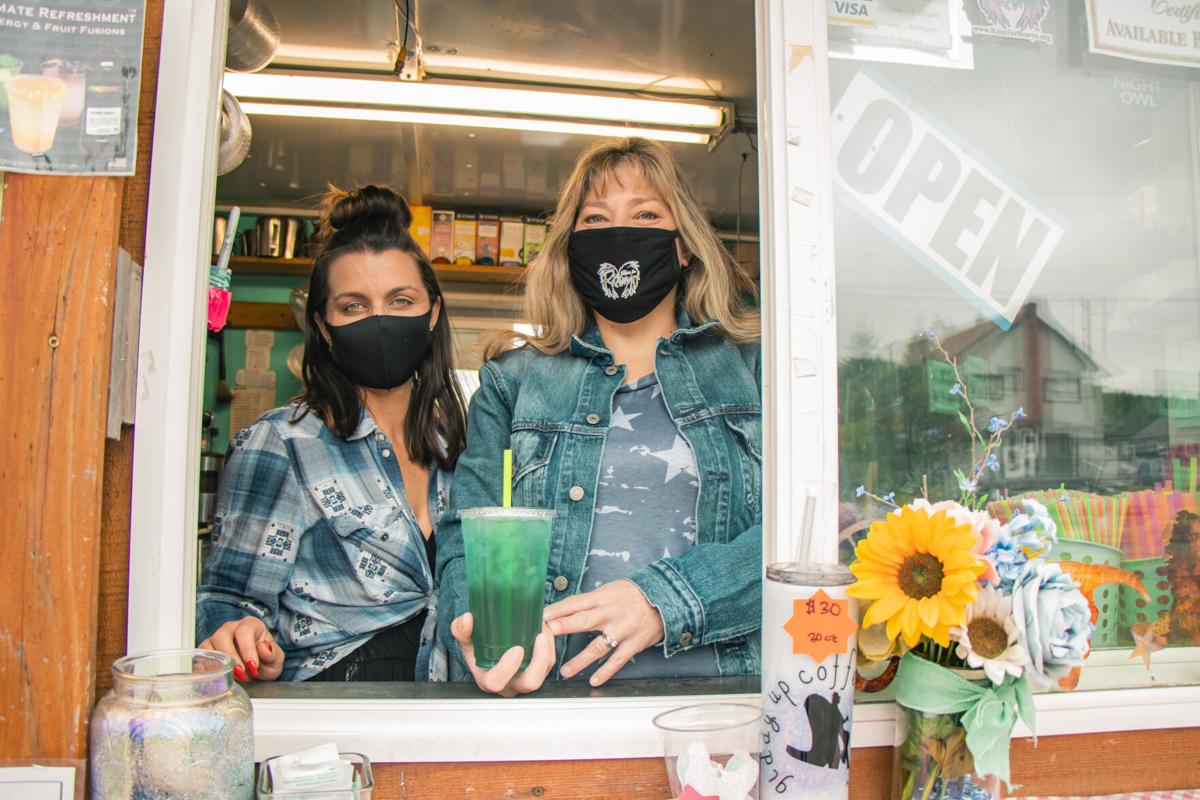 Owner Adrianne Schumaker, right, and her daughter Cassidy Fritz, left, pose for a photo as they hold a drink at Giddy Up Coffee Corral Wednesday morning in Tenino. 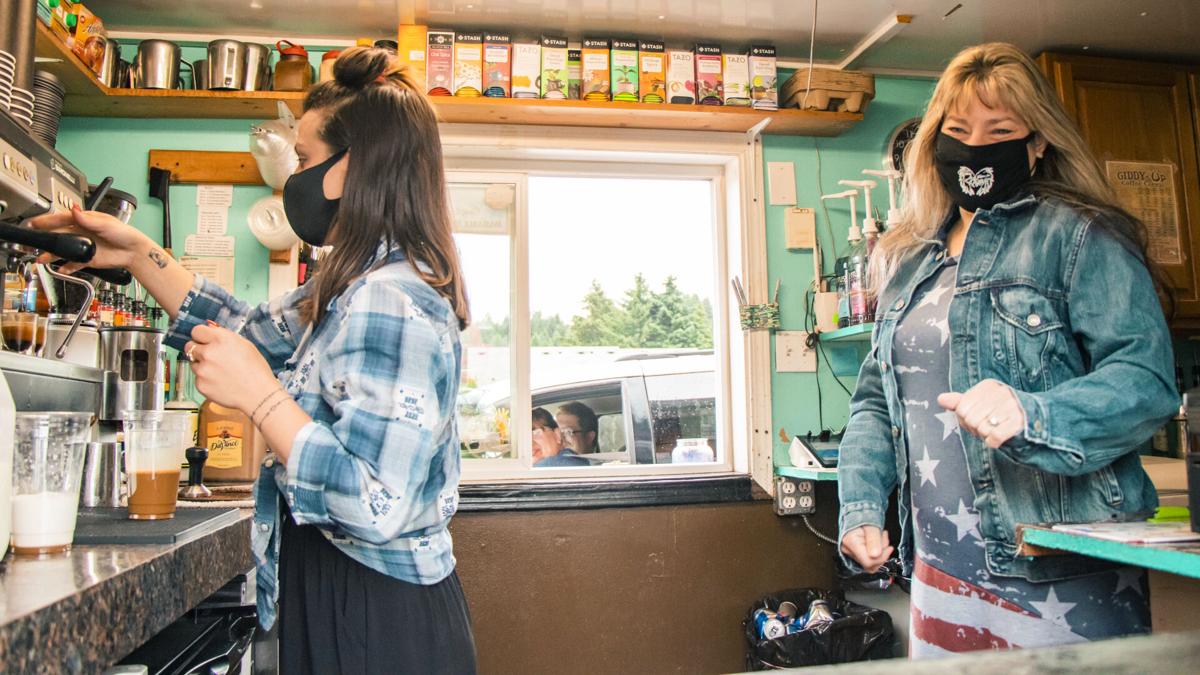 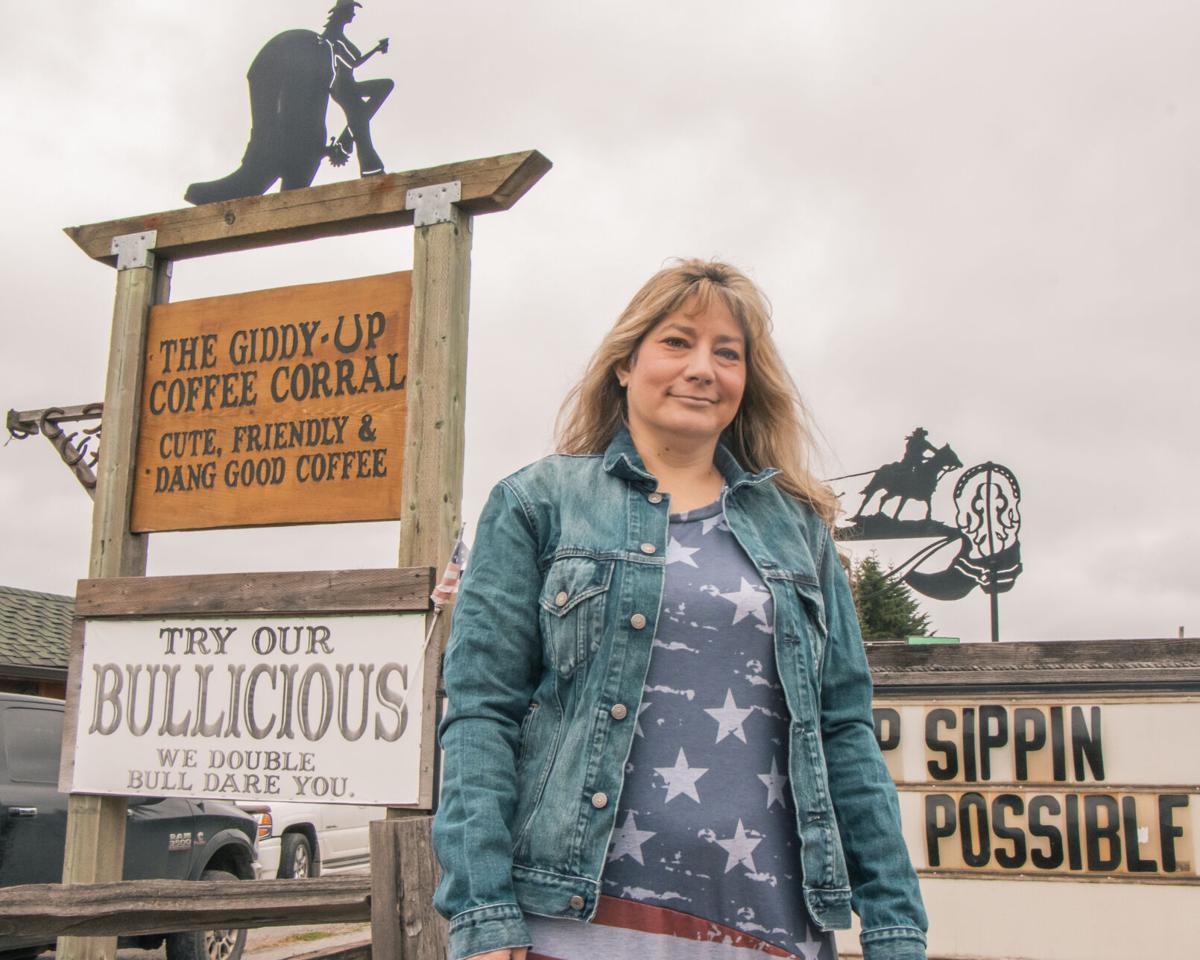 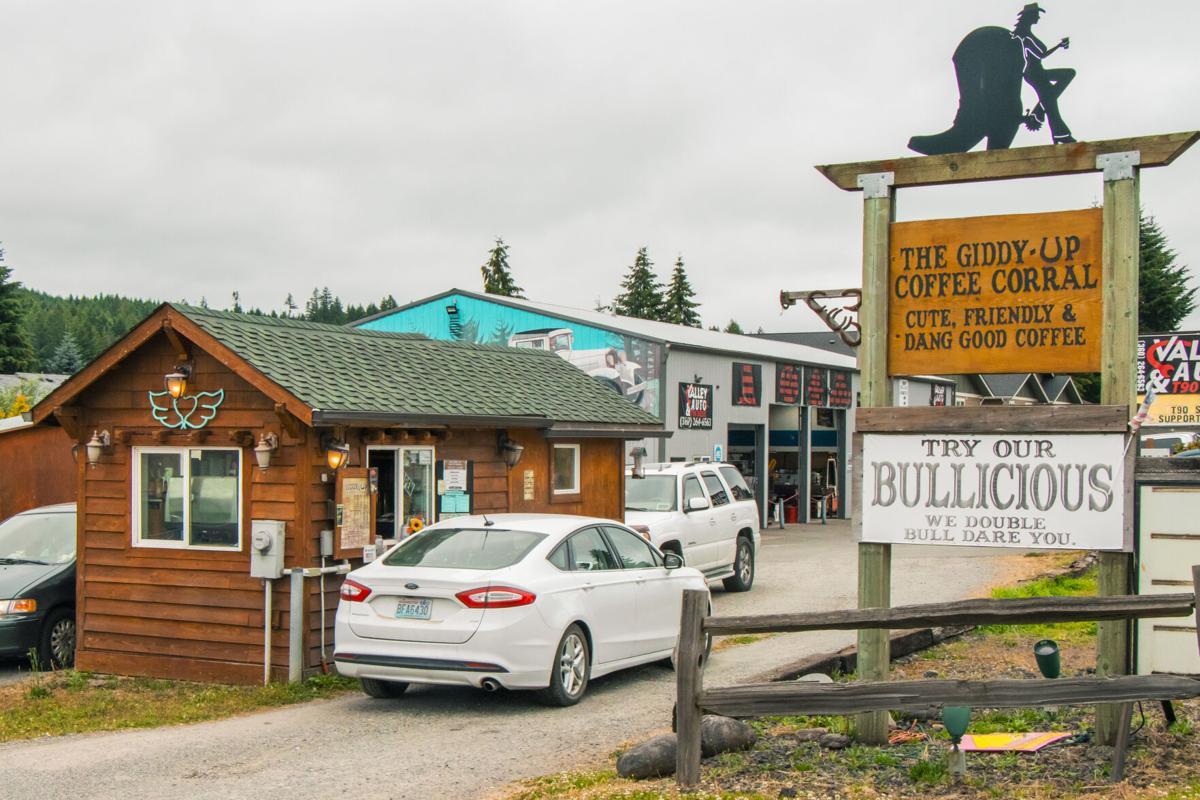 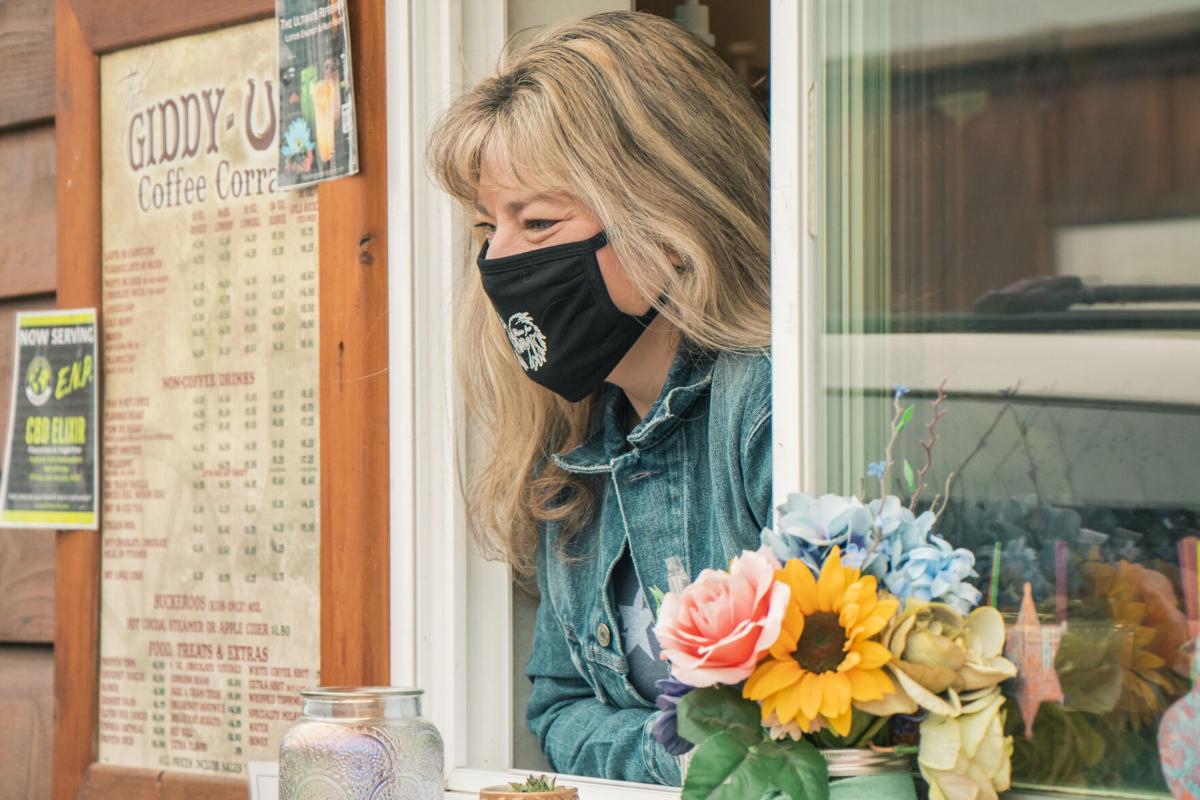 TENINO — When Adrianne Schumaker moved from her hometown of San Diego, a bustling urban center of 1.4 million, to the rural town of 1,800 in Tenino in 2000, she never imagined she’d be trading in her lifelong career in insurance to buy a coffee stand.

But that’s what happened, and she couldn’t be happier.

Schumaker, who had managed insurance offices most her life, had worked for the same agent for a decade when she saw the Giddy-Up Coffee Corral was up for sale in 2012. Her boss was planning to retire, so Schumaker figured it was also time for her to make a change, as well.

Schumaker and her family were living in Yelm at the time and her son was a student at Tenino High School. She had been grabbing drinks at Giddy-Up Coffee Corral stand for a while at that point, saw it was for sale and wanted to be close to her son for school. She also wanted to branch out from office management after so many years, try something different and be adventurous. She completed the purchase on Oct. 26, 2012.

“I wanted the ability to do things for the community and it just seemed like something that would be fun to do, so we bought it,” Schumaker said.

Schumaker decided to keep the name of the previous stand when she bought it. The previous owner was especially helpful with the transition process, including during the month leading up to the purchase when Schumaker would come in on the weekends and see how to operate things.

Schumaker hired a manager to run the coffee stand for the first year while she helped her boss at the insurance company transition into retirement. During that time she was able to learn the ins and outs of the coffee stand business without being thrown into the mix with no experience.

“I just went into it with the attitude that I may be older than the employees but I have a lot to learn from them,” Schumaker said. “It just kind of worked. We just all work together. They’re great girls.”

She kept all the employees from the previous owner and one of those baristas is still working for her now. She credits a lot of the success of her business, which is going on eight years now, to her five current employees and the relationships she has built with them over the years.

“Being able to trust them and have a relationship where if somebody is really wrong they can tell you,” Schumaker said. “There’s just a better understanding. It’s just better.”

Schumaker moved back to Tenino three years ago to be closer to her stand. It’s a town she’s fallen in love with and a community that has supported her faithfully the past eight years, including when she needed it the most — during the COVID-19 pandemic.

When it first hit, Schumaker gathered all of her employees together and heard all their opinions on how they felt health and safety-wise and whether they felt comfortable working through it.

“I felt it wasn’t just my decision,” Schumaker said. “It was everybody’s personal choice what they wanted to do and we were going to work around that. Everybody wanted to work, so we just kind of rode it out.”

The coffee stand began adhering to the state’s guidelines and took extra safety precautions. Every employee wears masks and there are four different mask options available to choose from so they each have one that fits comfortably.

Giddy-Up Coffee Corral has focused on sticking together and putting a positive spin on the COVID-19 outbreak for its customers. The baristas have been posting cheerful, upbeat updates on Facebook to keep customers engaged and optimistic. One post encourages customers to wear pajamas and silly hats when they come pick up their drinks.

“Our customers have been supportive so we just keep showing up,” Schumaker said.

The coffee stand was able to keep its regular hours of operation the past five months since the novel coronavirus hit, and only closed one or two days during that time period, Schumaker said.

She said having a business with a drive-through has really helped through these times. With so many events and gatherings shut down, people are looking for things to do other than just shop for groceries. Being able to get a coffee or energy drink and see a friendly, familiar face has been comforting during the pandemic, Schumaker said.

“We have sustained so well because we have great customers and I have really appreciated employees,” Schumaker said. “We feel very, very fortunate. Our community has been very good to us.”