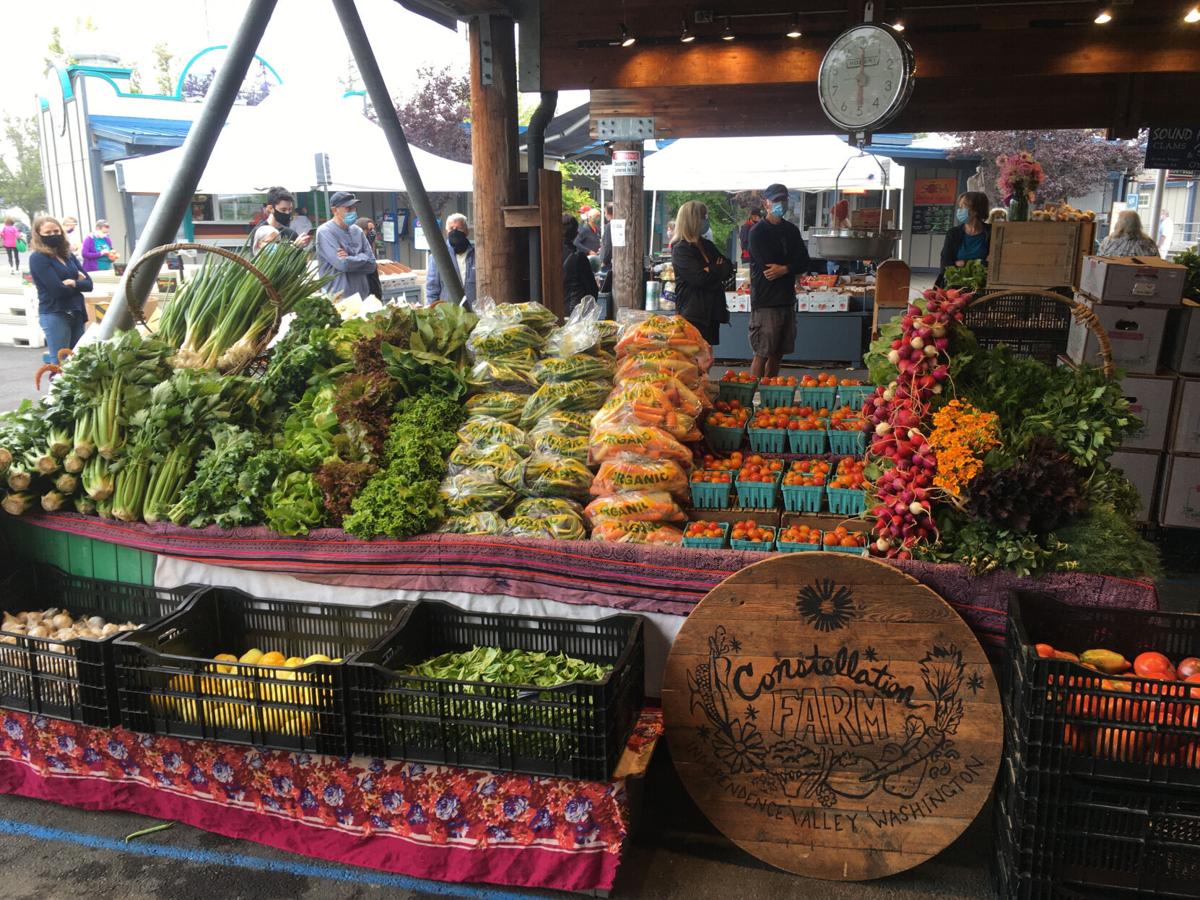 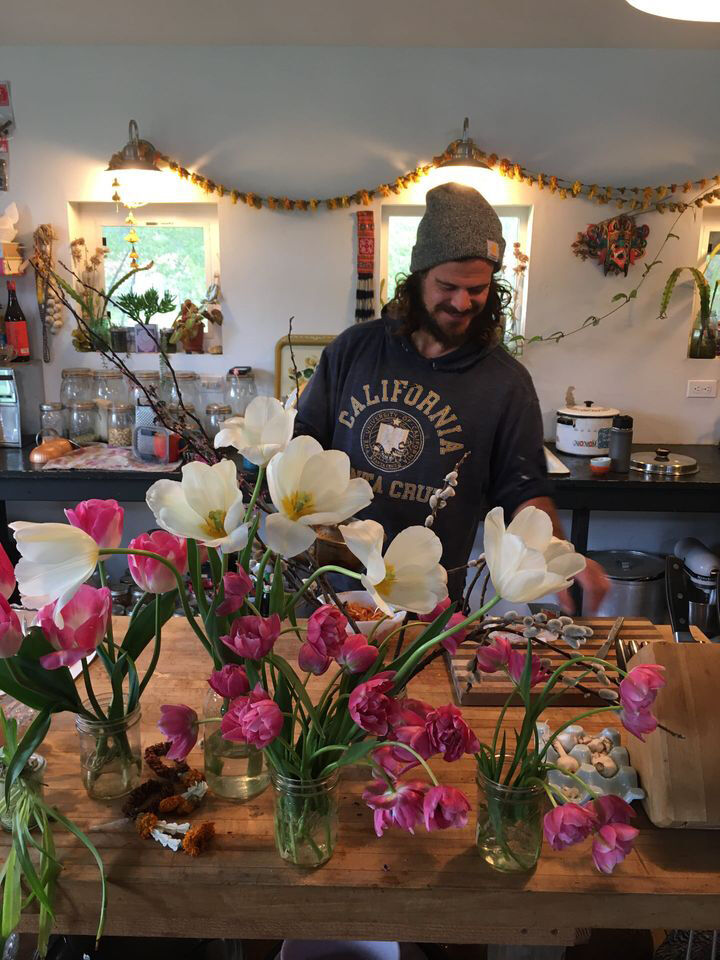 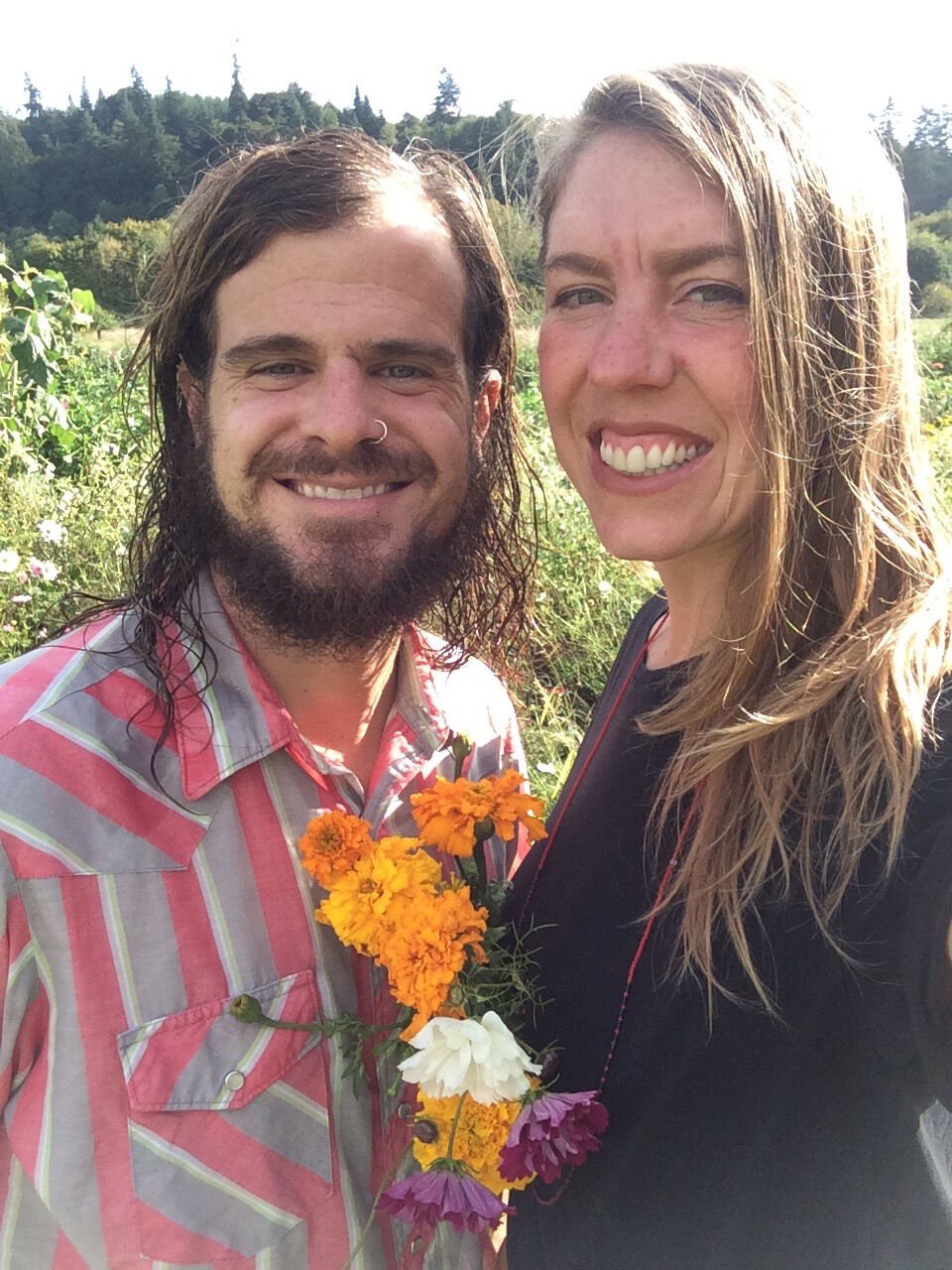 Constellation Farm owners Jonathan Breger and Lauren Schreiber sell organic vegetables and flowers on their Rochester farm. This spring, they plan to have 15,000 tulips available for purchase.

ROCHESTER — Lauren Schreiber and Jonathan Breger never thought they would end up as farmers.

Breger does come from a line of flower growers and florists back east, but he studied psychology and Buddhism at Evergreen State College in Olympia. Schreiber was an art and literature major at Evergreen, eventually becoming an art teacher, as well as a chef briefly. It was while taking a sustainable agriculture class at Evergreen that Breger became hooked with the idea of farming. It got Schreiber excited as well.

“I’ve just always had, like, a strong connection to land and making a practical way of life,” Schreiber said.

The two briefly worked on a farm in Oregon after taking the class at Evergreen, eventually landing in Rochester and working full-time at Rising River Farm, which sits near the banks of the Chehalis River.

They spent the next seven years there before Breger began renting out a small piece of property in 2011 on Independence Road Southwest, farming the land and selling vegetables at the Chehalis Farmers Market once a week. Breger and Schreiber named it Constellation Farm.

“Ever since then we’ve just kind of bumped it up slowly and weaned ourselves off our other jobs,” Schreiber said.

They came up with the name for their farm because farming drew together and connected the dots on a lot of things in their lives. It was a way the two could put their social and environmental interests in practice.

“And we’re both creative, so it allowed us the freedom to use that creativity and have conversations with our community,” Schreiber said. “It kind of gave us the satisfaction of making our living from our backyard.”

The two now work full-time and are able to make a living on their Constellation Farm since expanded to three acres. And they maximize every inch of it to grow organic produce and cut flowers.

As they move into fall/winter and the rainy season does away with the tomatoes, they’ll be offering more winter squash, popcorn and paperwhites, a perennial that grows small, fragrant flowers that look similar to daffodils. Those will begin blooming around the holidays, Schreiber said. In the spring, they’ll have 15,000 tulips.

“We just received a shipment for those and we’ll be getting a lot of garlic, too, so we’ll be planting those soon for next year,” Schreiber said.

The two praised the local farms around Rochester in helping keep their farm afloat these past six months during the COVID-19 pandemic. Constellation Farm has thousands of tulips this past spring, right when the pandemic hit, and no way to sell them because their markets were restricted at the time.

Helsing Junction Farm, their neighbor across the road, offered to open up their cooler so they could store their tulips. Little Big Farm in Olympia offered the tulips in their community-supported agriculture package. Evergreen United Food Hub bought them wholesale. There were a cluster of Seattle restaurants buying the tulips while they were closed and making boxes for people. Volunteers even came out to the farm and helped Schreiber and Breger harvest.

“It’s just kind of inspiring to see how adaptable farmers are and how willing they are to step up for other farmers,” Schreiber said. “In these times, it was cool to see the community really aiding each other. The sense of community is really still strong here.”

Schreiber also wanted to give a shout out to the community for supporting her farm, along with the Chehalis and Olympia farmers markets’ managers and leadership for how they advocated to keep their markets open for the vendors.

Constellation Farm sells its products at both the Olympia Farmers Market on Saturday and Sunday, and the Chehalis Farmers Market from 11 a.m. to 4 p.m. every Tuesday.

Both markets participate in the SNAP Market Match program, which started in April 2020 and allows customers who use the Supplemental Nutrition Assistance Program (SNAP)/EBT to swipe their card at a farmers market and receive double the amount of how much they want to spend.

“It keeps everyone supported and it’s such an awesome program,” Schreiber. “I just want to make sure everyone knows about those programs and utilizes those because they’ve helped both us and a lot of people access food right now.”