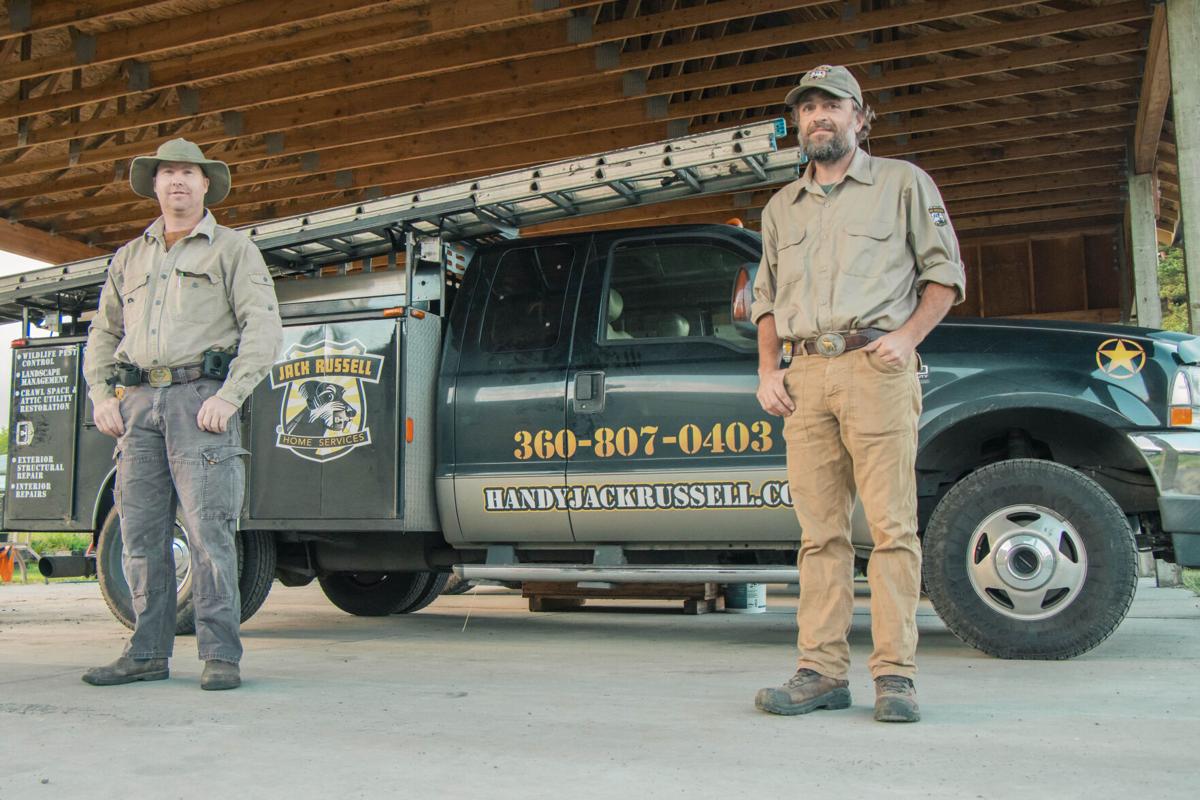 Jack Russell Thompson, left and Andrew Rigler pose for a photo in front of a work truck Friday morning in Centralia. 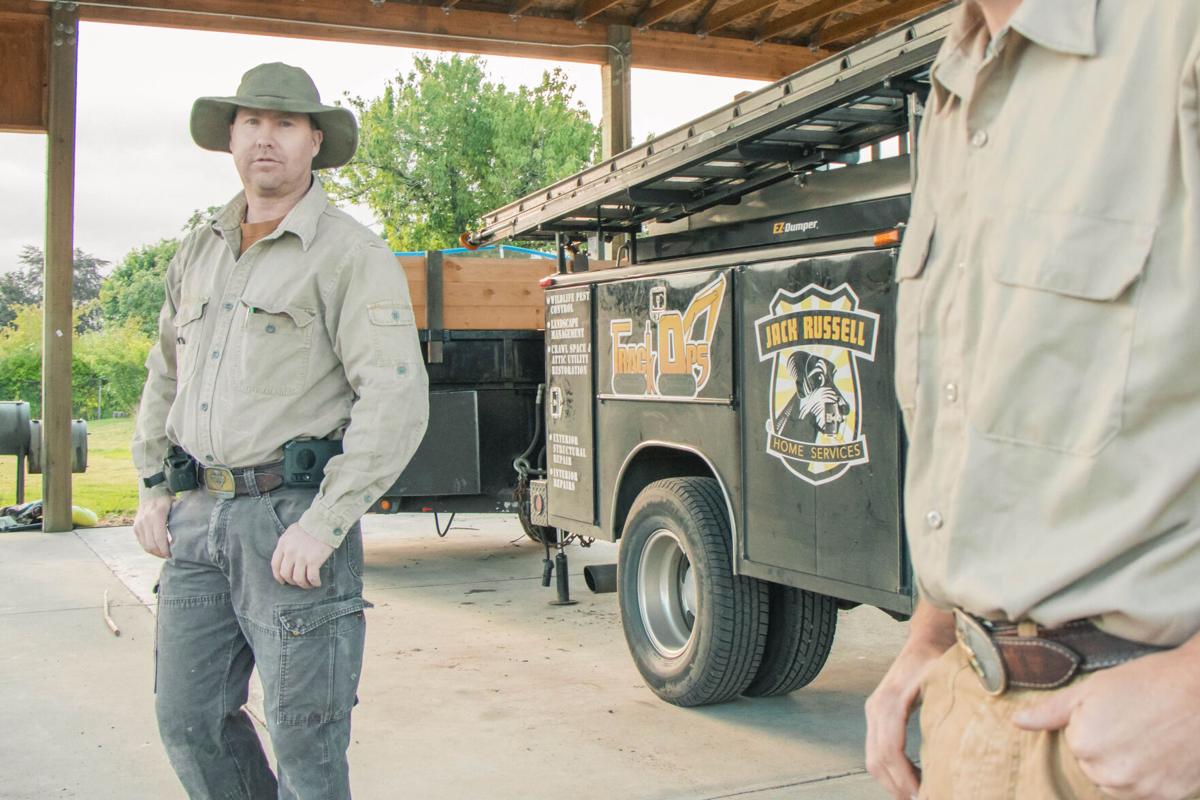 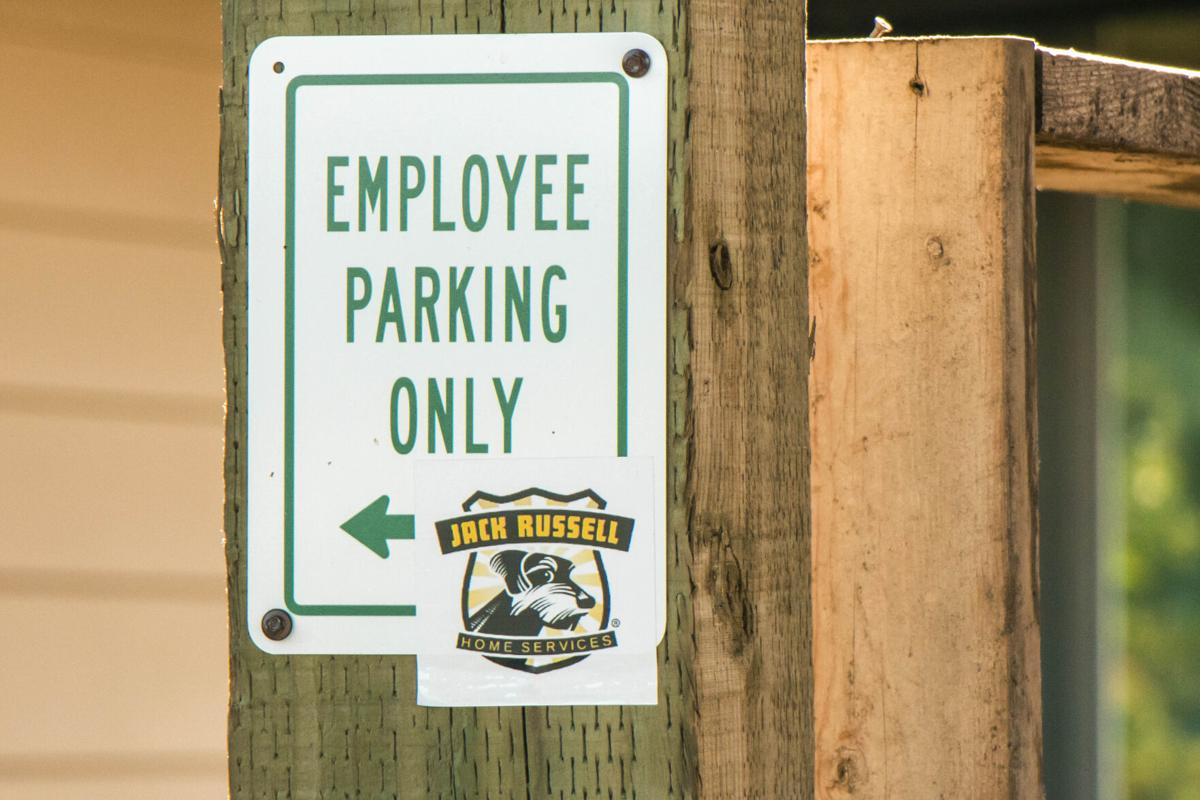 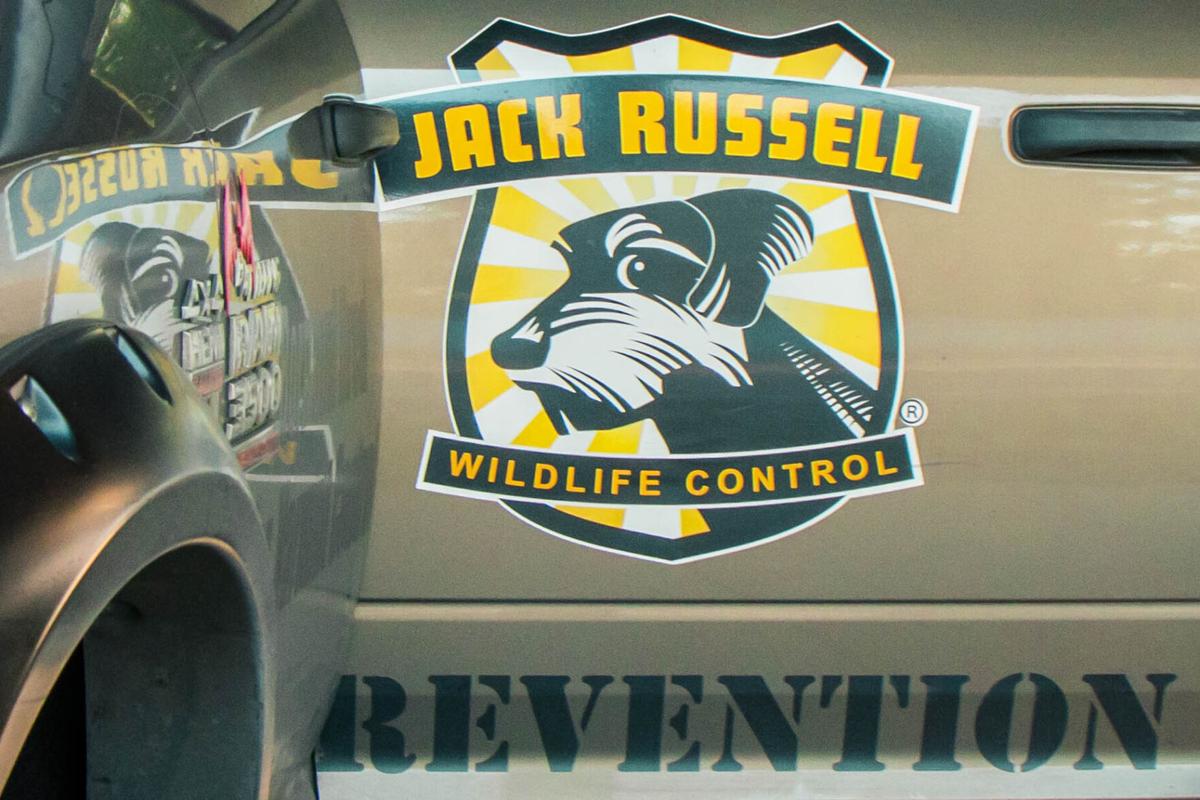 Jack Russell Thompson, left and Andrew Rigler pose for a photo in front of a work truck Friday morning in Centralia.

With a name like Jack Russell Wildlife Control and a fleet of work vehicles emblazoned with a graphic of a Jack Russell terrier, one might think the business uses terriers to root out wildlife and rodents from people’s houses. But, no, that’s not the case at all. In fact, the owner’s name is Jack Russell Thompson.

“My dad said he didn’t name me after a dog but I think he’s full of baloney,” Thompson said.

Thompson, who started Jack Russell Wildlife Control, which is based out of Centralia, six years ago, actually did use a terrier of mixed pedigree to help him out on jobs back in the day. His name’s Clifford, but he’s not big and red, he’s small and black and gray. Clifford, now 16 years old, is retired and spends his days sleeping in front of a warm fireplace.

Instead, Thompson uses a team of five employees who specialize in removing all types of Washington wildlife and securing homes against future infestations.

Thompson, who grew up in the Lincoln Creek area and graduated from Centralia High School, has been at it for 16 years now, which started with obtaining a wildlife biology degree from Washington State University. He enrolled in the army after graduating, traveled the world and worked in the forest service before eventually returning to Centralia because he liked the weather here.

“I did enough work for the army and forest service that I found out most of the wildlife jobs are government jobs,” Thompson said. “And I absolutely despise working for the government.”

So he figured out what he could do in the private sector related to wildlife after realizing there was a huge demand for it. That resulted in starting his own wildlife control business.

Thompson is one of about 250 licensed nuisance wildlife control operators in the state, he said. Of those, only about five operate professionally.

“It’s kind of a niche business and there’s high demand for it,” Thompson said.

Most of Thompson’s competitors focus on trapping, and he learned long ago that trapping was a waste of his time and his clients’ money. The root of all pest problems lies in prevention. As long as there is a hole in a house, wildlife such as racoons and rats are eventually going to keep getting in. It’s better to fix the house and solve the problem permanently.

Thompson had one of his competitors ask him one time at a trapper’s association meeting, ‘Aren’t you worried you’re going to fix up these houses and work yourself out of a job?’

“I said, ‘No. I could work my whole life and wouldn’t even come close to fixing the some 300,000 homes there are in my service area,’” Thompson said.

Thompson and his crew do much more than wildlife control, as well. In fact, preventing wildlife from entering homes are their specialty.

“We do all kinds of repair work on houses,” Thompson said. “When animals tear things up, things need to be fixed. We can do preventative measures and reinforcements necessary for long-term prevention.”

The first step is to come out, see what kind of weak spots are on a house that can or are allowing animals to get in. Then the crew writes up a list of all the repairs and fortifications needed, secures all of those and then potentially removes any animals that are still inside.

The company also provides gutter and siding replacement, as well as roof installation. Most of the work is done by Jack Russell Wildlife Control, but some of the bigger stuff is sub-contracted out to specialty contractors that it works with.

The most common pest they are asked to remove are rats, which are known to tear up insulation and heating ducts and chew on pipes and wires, causing leaks and shorts. If they stay too long, they’ll get into the walls and start tearing through drywall, get into the house and start raiding the pantry.

The most common areas rats and other wildlife get inside of houses are through foundation bed screens and foundation access hatches. Thompson has built thousands of those to make them pest-proof.

Thompson is also adept at locating hard-to-find areas where wildlife are entering houses.

“There might be a gap in an unusual spot where a person had six or seven other pest control companies out there looking for them,” Thompson said. “And these guys don’t have the experience, they don’t really know what they’re looking for to solve the problem, and it turns out there’s a hidden access point or the rats have tunneled underneath the foundation wall.”

Thompson’s business hasn’t been affected much by the COVID-19 pandemic. He did begin to notice that clients began electing to do the bare minimum to control wildlife problems, without taking any steps toward preventing future problems. A lot of that had to do with economic uncertainty and many people not knowing when their next paycheck was going to be.

Because of that, his profit margin is lower but the total number of sales actually went up during these past five months because people have been home more often and are hearing pests they never noticed before.

“They might have had a rat problem for years but now they’re noticing it because they’re home all the time and the rats have no time to hide,” Thompson said.

For anyone interested in wildlife control or pest-proofing their home, Jack Russell Wildlife Control can be reached at 360-580-8115. More information on the company, along with a messaging system, can be found at www.animalproblem.com.