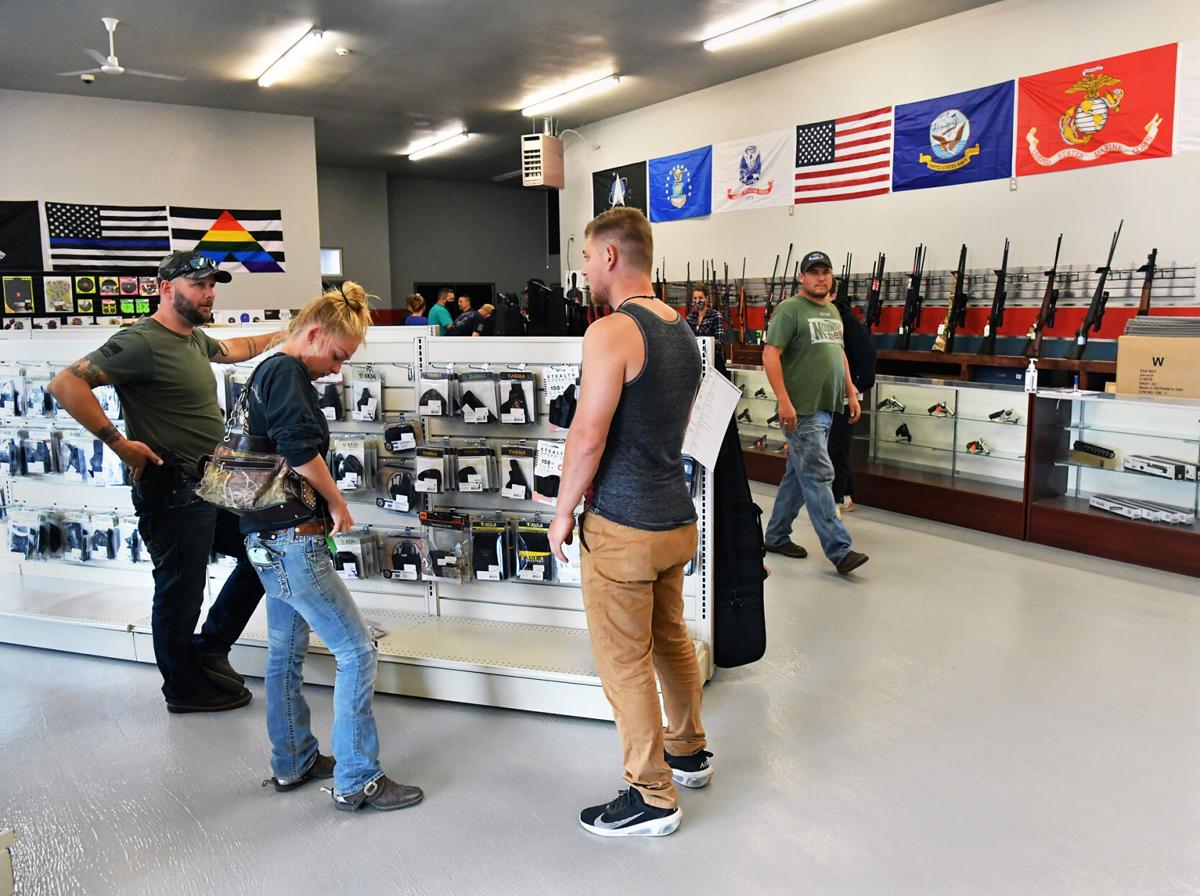 Customers browse the merchandise inside Long Shot Inc. in Yelm on Thursday, Aug. 6. 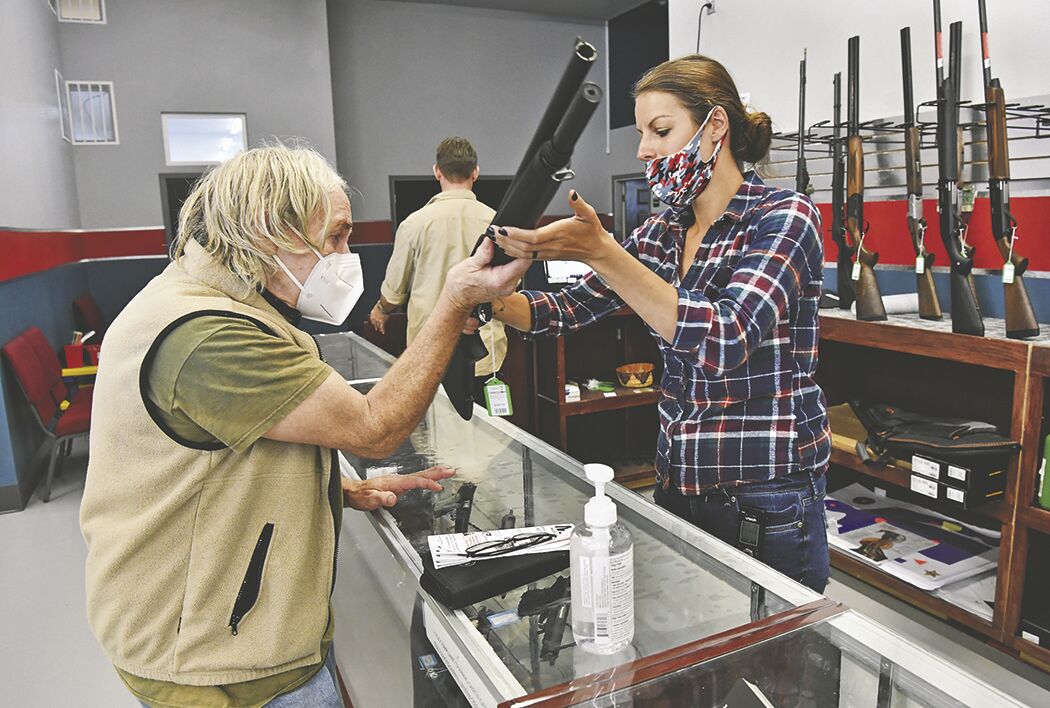 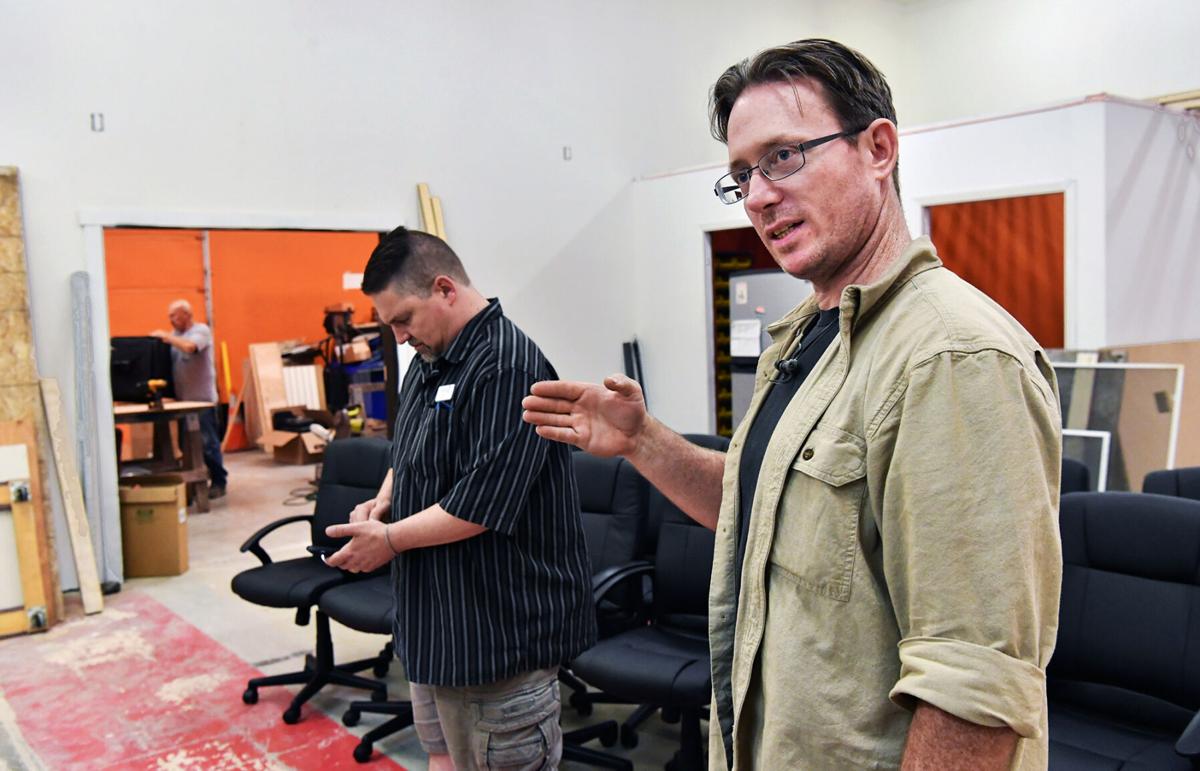 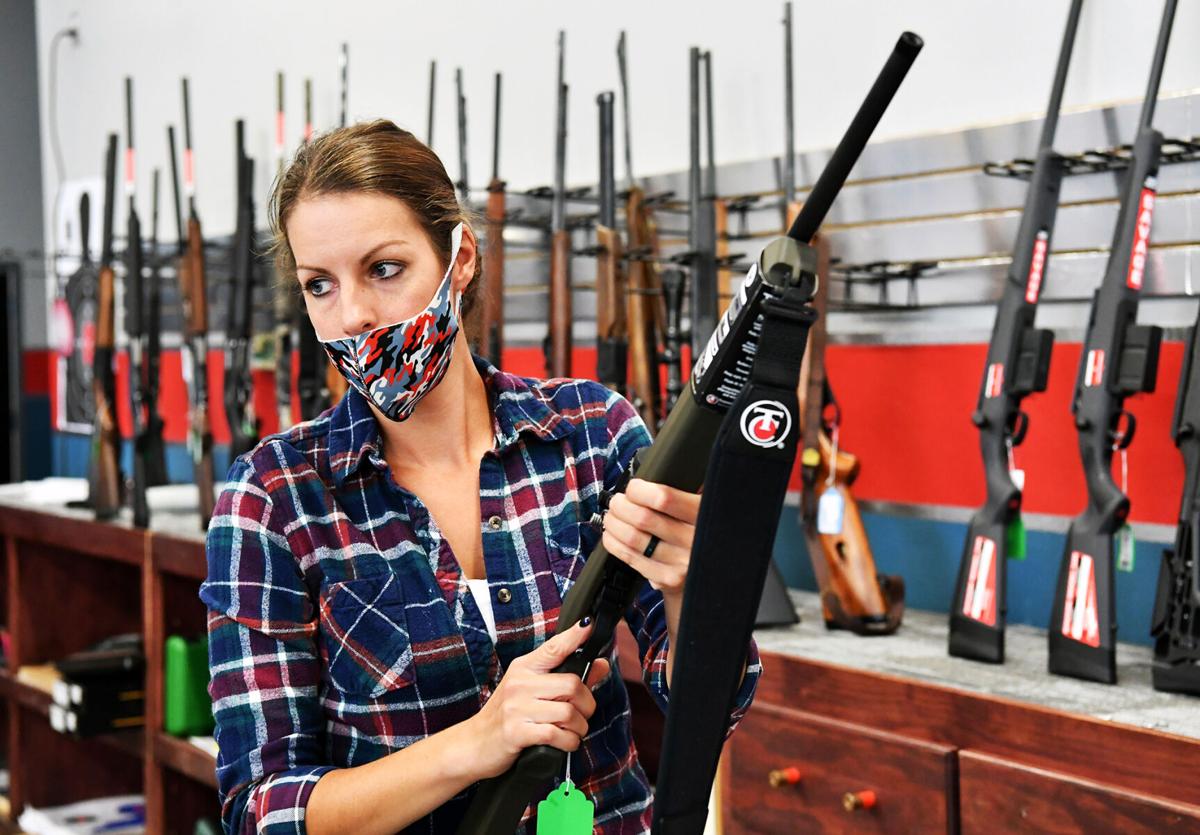 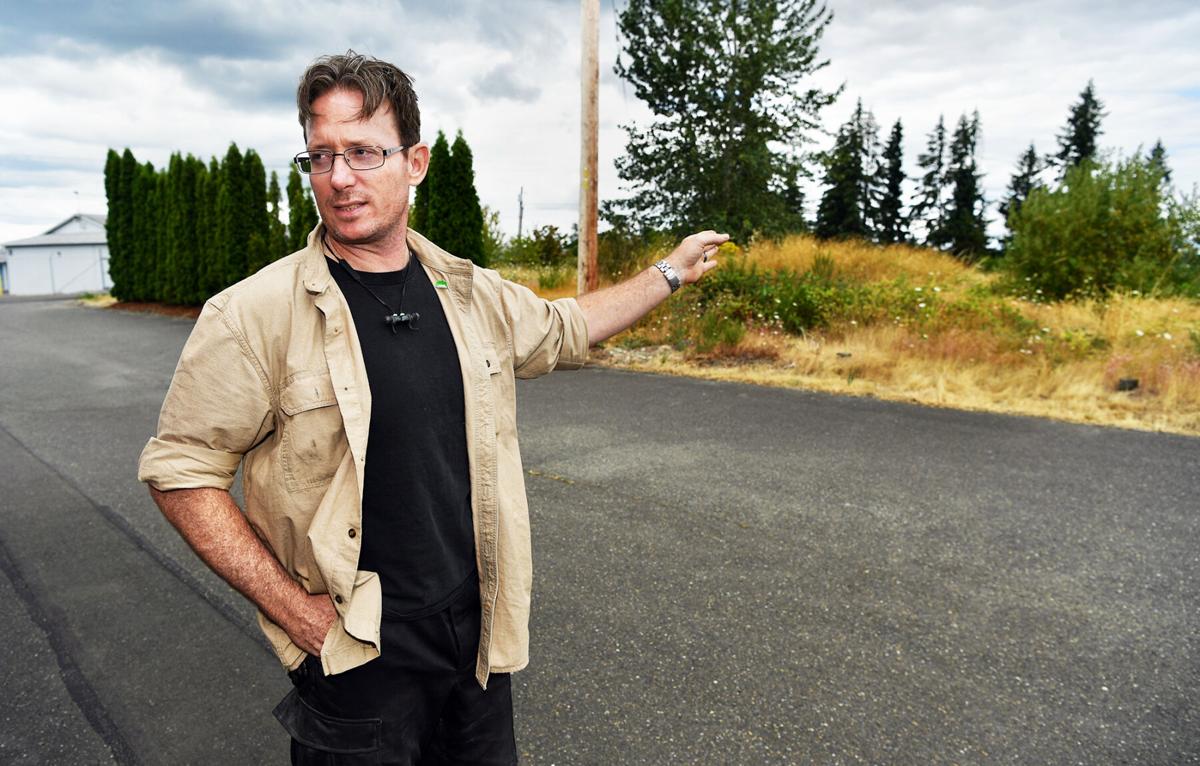 Long Shot Inc. Executive Vice President Jason Pearson points out an area behind the business that will tentatively house an indoor shooting range in about a year.

The move, roughly three years in the making, started July 18. A grand opening with the Yelm Area Chamber of Commerce was held July 25 at their new location, 16910 State Route 507 Southeast.

Jason Pearson, executive vice president and master gunsmith, agreed with Swetz. The revitalized 8,300-square-foot building is a big upgrade in terms of space from their former 2,800-square-foot location across the Nisqually River in McKenna.

“Being that it’s a bigger space, it feels like we can operate better,” Pearson said. “It’s not homey, but it’s not an industrial Costco feel.”

The showfloor at U.S. veteran-owned Long Shot alone is about the total square footage the owners had at their previous space. This new location is expected to help the small retail and gunsmithing shop move into ammunition manufacturing, firearm storage and eventually opening up one of the largest indoor firing ranges in the region.

The new building currently boasts two conference rooms, two bathrooms, a break room, a backstocking area, the showfloor and an area still under construction that will be used for gunsmithing and ammunition manufacturing.

Long Shot is not currently taking gunsmithing and welding jobs due to the ongoing construction of the room, but Pearson said they hope to start accepting customers on Sept. 1.

Pearson said they’re currently in the process of ordering a machine that would allow them to manufacture roughly 3,500 shells of 9 mm and 223 Remington ammunition a day. They expect to begin manufacturing by the holiday season.

Swetz said ammunition manufacturing will not only be an important part of the gun range but also important during long term spurts of ammo shortages. Many firearm retailers, including Long Shot, are currently undergoing extensive ammo shortages due in part to the ongoing COVID-19 health crisis and protests against police brutality as consumers snatch up available products.

Swetz and Pearson are also installing a testfire range in the manufacturing and gunsmithing section of the shop for shop use.

In addition to the two conference rooms that will be able to seat more than 20 people at a time, the bathrooms at Long Shot also have family changing stations — a sign of the changing times to be more accommodating, manager Fae Swetz said.

The gun retailer is also hoping to offer firearm lockers for a monthly fee, which will operate similar to a safety deposit box.

“Most people are going to carry their firearms in their cases and leave them in there,” Pearson said. “These details do help and customers asked for them and we’re in the position to offer them.”

Long Shot owners’ plans become even more ambitious once you step out into the backlot of the shop and look out into 2.7 acres of pristine prairie.

Shop owners are looking to acquire the 2.7 acres — owned by the same owner who’s allowing Long Shot to rent to own their current property — and turn it into a large indoor firing range, which would be a first for Yelm.

“Aside from the government bureaucracy, it’s really just about planning,” Swetz said. “You have to set your own goals or else you’ll be sitting on the coach wondering ‘man, what happened?’”

The additional property acquisition is hanging on a Mazama pocket gopher study currently ongoing by the Washington State Department of Transportation for the Yelm loop project.

Pearson described the renovation of Long Shot’s new facility as akin to working with an Etch-a-Sketch: sometimes you just have to roll with the punches as far as design, prepping, planning and construction goes.

“We think it’s realistic,” Pearson said, looking out into the field.

The shortage is not because of peaceful protests, it is because of dangerous rioters. Also back the blue.