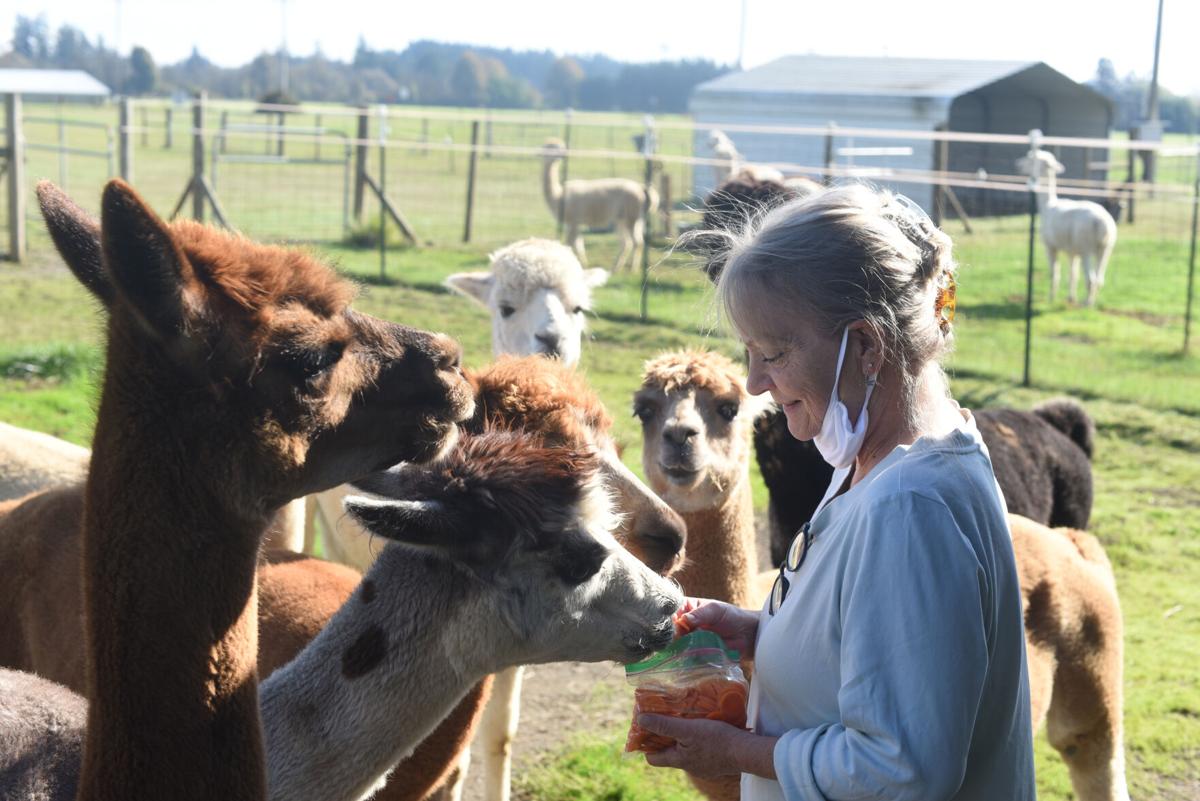 Ginny Jorry, who owns Moon Ridge Alpaca Ranch with her husband, Bruce, feeds carrots to a group of females. 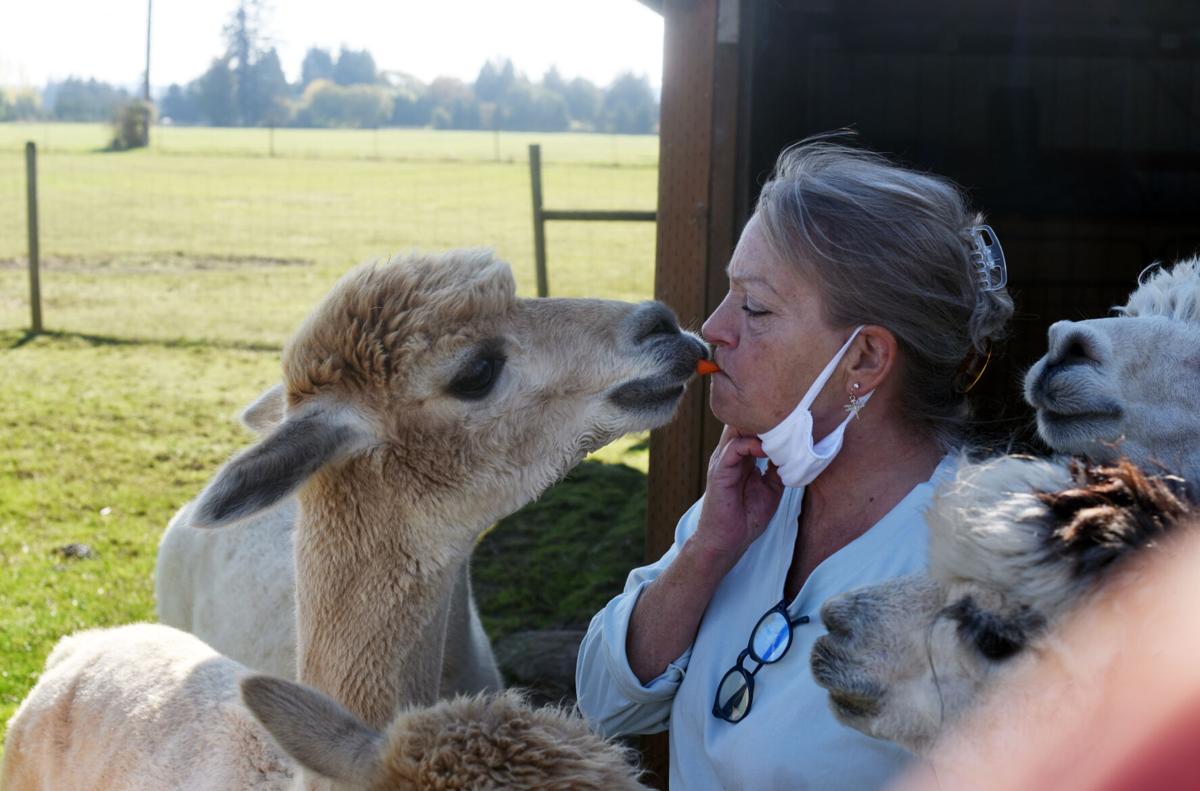 Nova, a female alpaca, gently takes a carrot out of Ginny Jorry’s mouth. 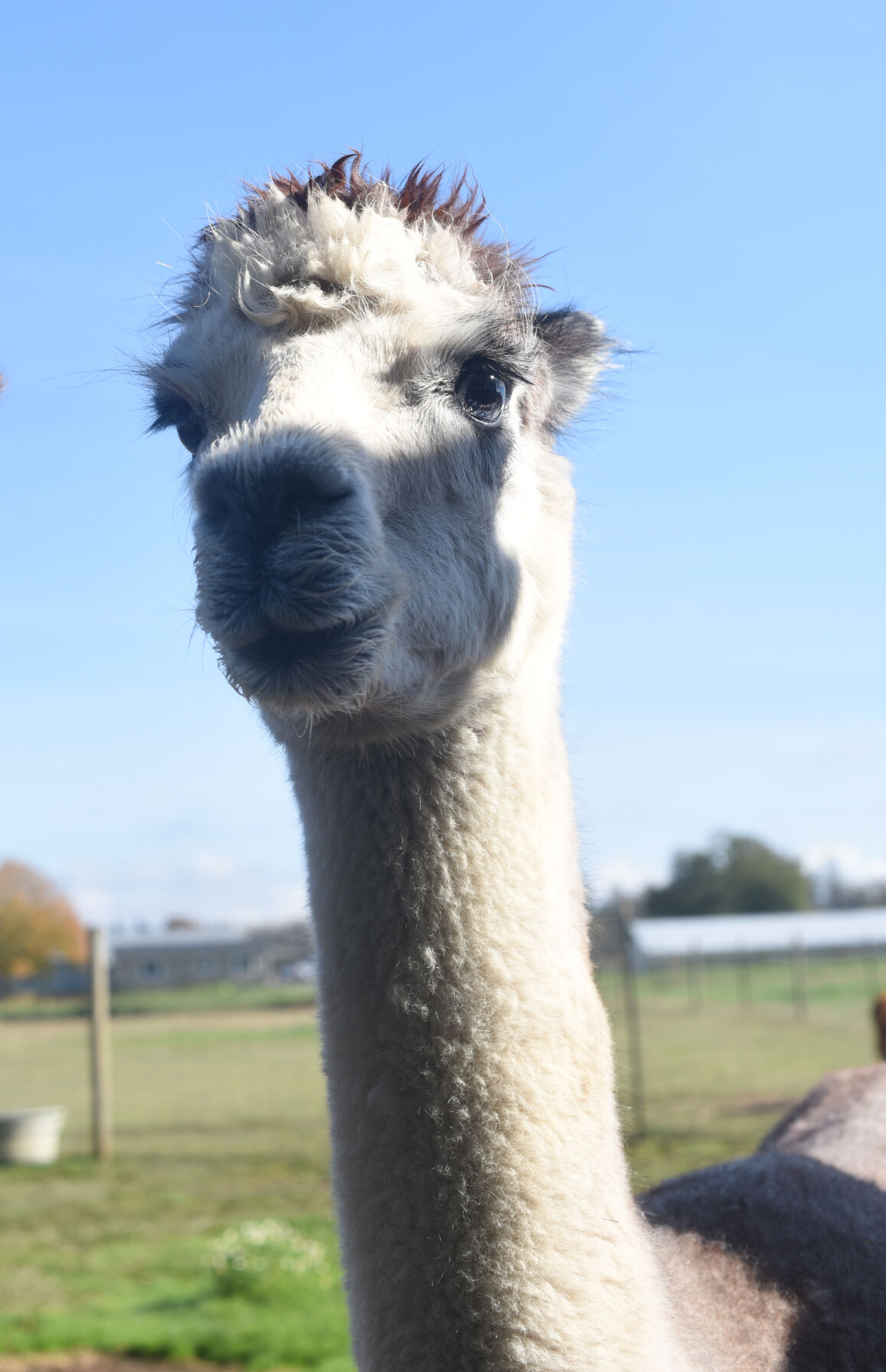 Nova, a curious female, looks for carrot treats at her home on Mood Ridge Alpaca Ranch in Rochester Thursday. 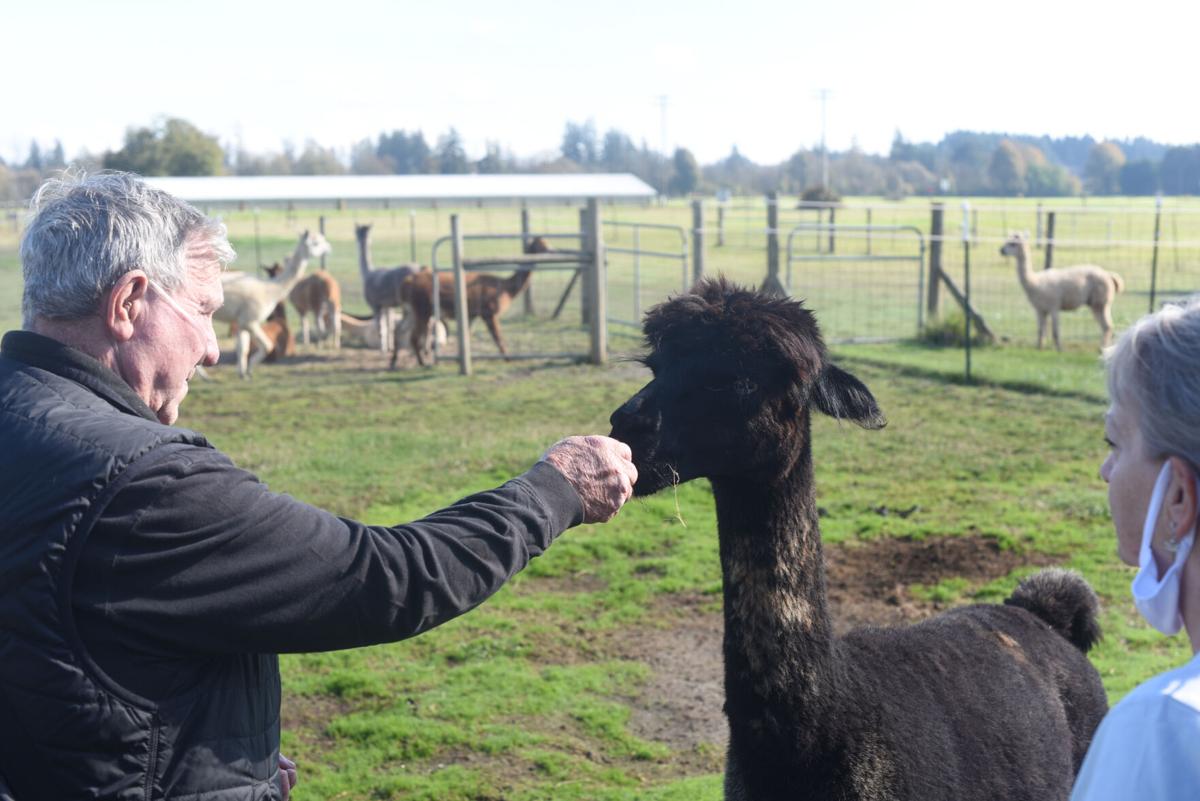 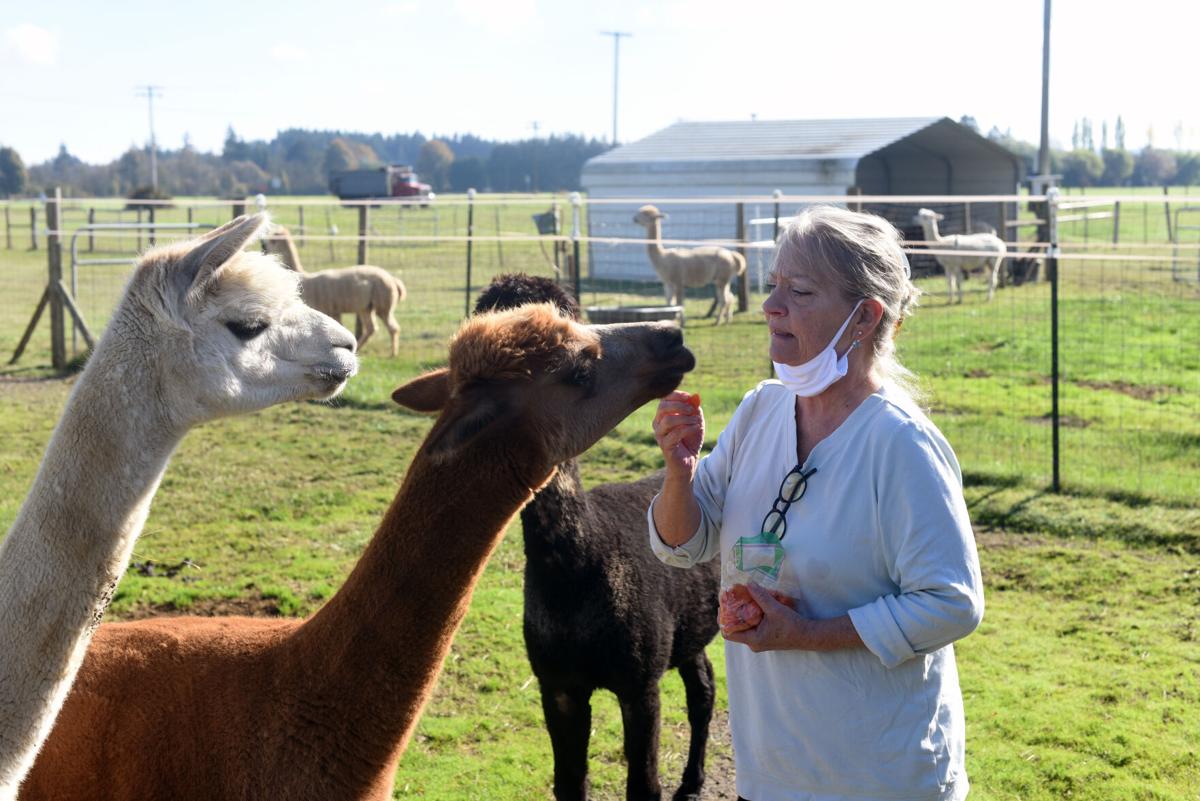 Ginny Jorry, who owns Moon Ridge Alpaca Ranch with her husband, Bruce, feeds carrots to a group of females.

Nova, a female alpaca, gently takes a carrot out of Ginny Jorry’s mouth.

Nova, a curious female, looks for carrot treats at her home on Mood Ridge Alpaca Ranch in Rochester Thursday.

ROCHESTER — When Bruce and Ginny Jorry were looking to purchase a piece of rural property to enjoy their retirement years, they noticed a 10-acre hay field on 175th Avenue outside Rochester and thought it’d be a perfect fit.

The only problem was it was zoned agricultural. So Ginny’s dad gave them the idea of starting an alpaca farm. The Jorrys, devoted animal lovers who lived in Tenino at the time, wanted an animal that wouldn’t be eaten. Bruce had lived and worked on a farm when he was young, so he always had a soft spot for the lifestyle.

“So we started doing research on alpacas and decided that was a pretty good way of life,” Bruce said.

So in 2003, a year after building their house on the property, they constructed some barns and outbuildings, put up some fencing and purchased four alpacas from Alpacas of America, which used to be a 1,700-acre alpaca farm in Tenino that sold for $15 million in 2018.

Since then, the Jorrys have owned 67 alpacas, selling their fiber, which is their fluffy fleece that looks similar to sheep’s wool. The fiber is used in yarn and other products. Raw alpaca fiber can sell for as much as $10 a pound.

The Jorrys do sell their alpacas and currently have 16 on the farm, however many have health problems. Most of them are geriatrics that are misfits and rescues just enjoying the final days on a peaceful farm. The Jorrys won’t sell any to be butchered.

“Some people call them throwaway animals,” Ginny said. “I don’t think there’s any such thing.”

One, Allie, is 26 years old — old, even for an alpaca. Most domesticated alpacas live to be 15-20. But Allie, who has a dark maroon coat, is the most spoiled of them all. She comes to the fence to get grain every day, while the others are fed grain maybe every three days.

All of them are unique in their own way, and many of them have health problems in some capacity. Cher, a jet-black female, is nearly blind. Another, Jojo, got caught in barbed wire at her previous farm and needed medicine every day that the previous owners couldn’t afford, so the Jorrys took her as a rescue. Gypsy, a 12-year-old male with a silver-gray coat, has had asthma since he was born — yes, alpacas can get asthma.

“They all have a problem of some kind,” Ginny said.

But they are very hardy animals, the Jorrys said. They sold two 4-year-olds to a family that got caught in the fire near the Mima Mounds in September. The alpacas leapt through the flames and safely escaped to an area that had already been burned.

During the 2007 flood, the Jorrys’ property was hit with three feet of water. They had 29 alpacas at the time that were chest-deep in water and the Jorrys couldn’t get them to move to the one high ground on the property. It wasn’t until a woman in a kayak came paddling by and began splashing her oar on the water to scare them out of the field. One alpaca, named The Unsinkable Molly Brown, went under the water and one point and barely survived. In the end, they all made it out alive, though Molly Brown developed a skin condition afterward that she still has to this day.

The farm gets visitors all around the world. Microsoft sent 250 interns, many of whom were visiting a farm for the first time in their lives, one weekend to go visit the alpacas and keep them entertained, Bruce said.

Visitors are welcome to visit the farm to pet and feed the alpacas for free, which are friendly to all people, especially small children. Some of the alpacas will lay down and let kids climb on them. The only thing a person would need to bring is carrots to feed them as treats. Nova, a tannish-white female, will even gently take a carrot out of a person’s mouth.

It’s been a rewarding retirement for the Jorrys, who never imagined they would be alpaca farmers one day. The animals give them a purpose.