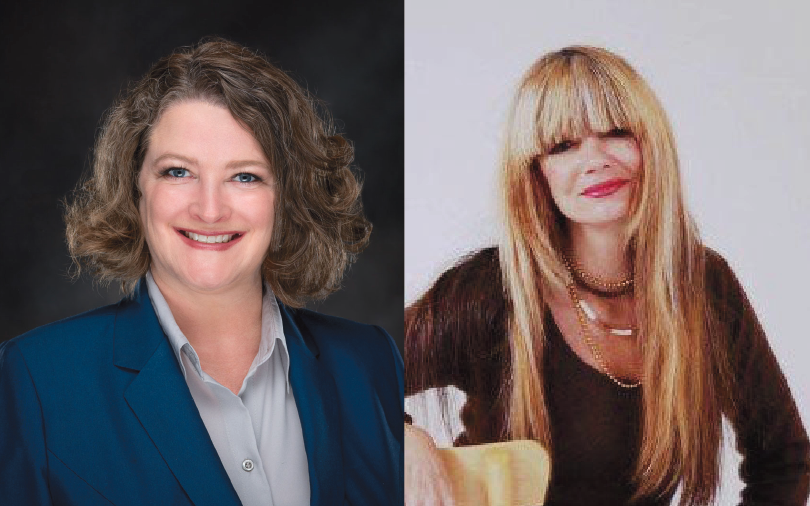 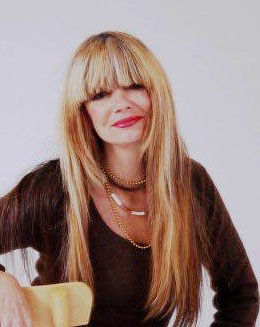 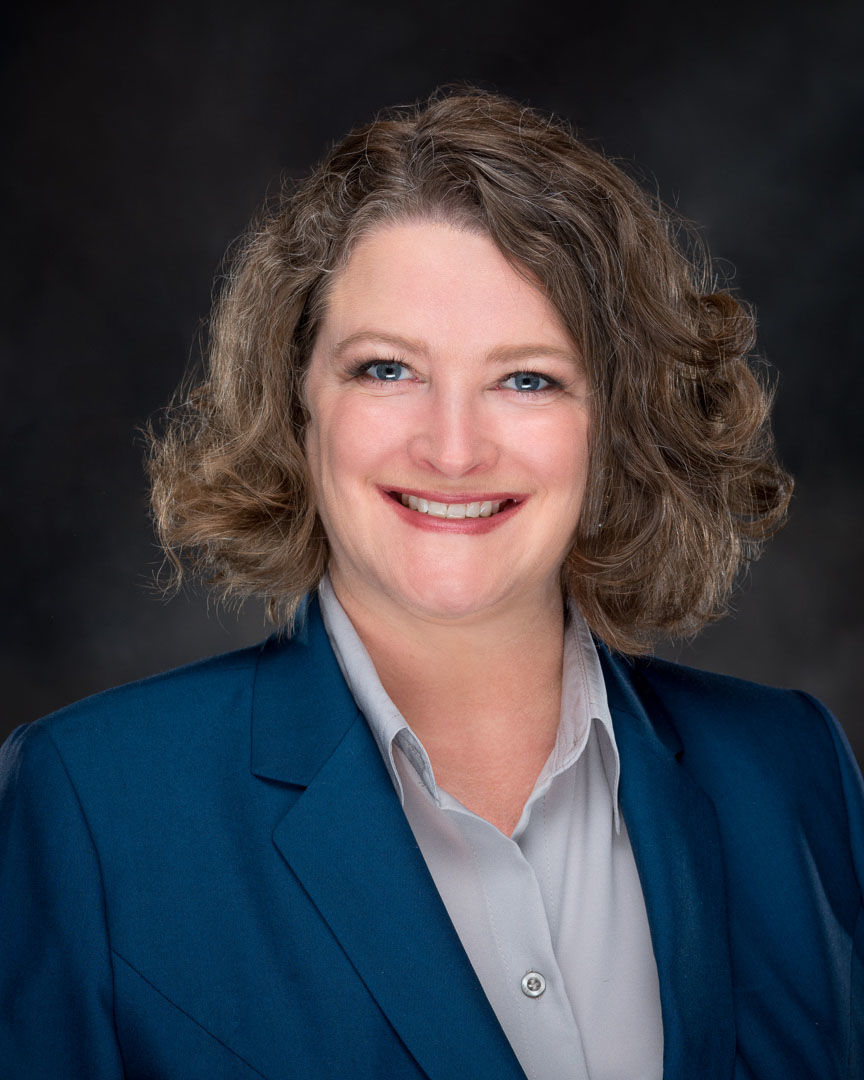 Editor’s note: All answers were written by the candidates and have been lightly edited for format.

Why are you running for office?: I am running for re-election to continue the work that I began in my current term: increasing transparency and communication, developing and implementing proper budget and finance practices, and creating a vibrant, inclusive, sustainable city. It’s vital that the people know what their government is doing and why. For too long, Yelm was in the dark. Only in the last three years since I was elected has transparency become an important part of city administration; we need to work even harder to communicate what’s happening and why. Implementing proper budget and finance practices now will help prepare for future downturns in the economy and will pave the way for future generations of elected and staff officials. Each generation shouldn’t have to reinvent the wheel to get things done well and efficiently; in the Navy, we used to say, “Proper Prior Planning Prevents Poor Performance,” and I believe that the City should take this to heart.

What is the largest issue facing the candidate who will be elected to this office?: Communicating with staff and constituents. Words can be misconstrued, lost, not heard, or worst of all, ignored. I’ve seen it happen too often, and it is something that should be addressed. It’s frustrating for citizens to feel like they aren’t being heard by the council, and it’s frustrating for council to feel like we aren’t being heard by the executive branch, and I’m sure that it’s true the other way around as well. The candidate elected to this office will need to be vigilant in responding to citizens, in tracking months-long or even years-long conversations on critical issues, and, through constant communication, in holding the city to its promises that it made to citizens.

What will you do to address that issue?: I would encourage the city to host quarterly town hall meetings, to address either specific or general concerns. I would also like to implement regular polling of taxpayers during the budget cycle so that they can help to prioritize our capital improvement projects. We need to give people a tool to understand how complex the budgeting process is, and how hard it is to make decisions that affect everyone’s wallets, without compromising the city’s infrastructure, staffing, and amenities. I would also have the city to host a “Yelm University” much like Tumwater’s program; a series of classes or seminars on the various departments, the budget cycle, basic city finance, infrastructure issues, etc., would help educate folks on what it is that we do up at City Hall.

Why should voters choose you?: I have a proven record of voting responsibly for Yelm, and of communicating with citizens regularly. With the Finance Committee, I helped to fix the problems in our old budgets (going back to 2014) so that we passed our state audits, and I helped to develop our current award-winning budget. We have also reinvested city funds into higher-yielding bonds, and saved money by switching banks. I have pushed hard for more sidewalks, increased funding to public safety, and smart, environmentally-responsible solutions at public works. In my work on the Community Development Committee, I created a Homelessness Task Force to examine this critical issue here in Yelm. I am dedicated to developing a city that is pedestrian-friendly with affordable housing. People can depend on me to be honest. They know that I won’t skirt around a thorny issue to avoid making waves.

What sets you apart from other challengers vying for this seat?: As a current councilmember and previous planning commissioner, I understand the issues that the city faces, and I will continue to press the city to be more transparent and responsible to the citizens of Yelm. I have a proven record of fiscal responsibility, both in my capacity as a council member, and in my personal life. I am one class away from obtaining a Certificate of Municipal Leadership from the state; I strive to educate myself on issues facing cities across Washington, and I learn as much as I can about an issue so that I can vote responsibly when the time comes. As a homeowner and business owner in Yelm, I am affected by the same taxes as everyone else, so I can empathize with citizen concerns.

How do you plan to include more of the community in local government?: As stated above, I would push the city to hold quarterly town hall meetings. I would poll the citizens during the budget cycle so that we can hear their priorities, and I would continue to post regular updates on Facebook after every city council meeting. We recently created an arts commission, and that, together with the many other citizen boards and commissions, offer lots of ways for people to get involved with the government. Our city council meetings are held twice monthly and are open to the public, as is our monthly Study Session. I recently talked with a representative of Thurston Community Television, and would love to get our meetings televised for folks who can’t attend in person.

If the city were to receive a no-strings-attached $1 million grant, what would you like to see the city do with it?: I would use half of it to plug holes in the current budget for public safety and public works. Then I would spend the other half on a dog park. Besides a pool, that’s the most-requested park amenity that we get from citizens.

Where can voters learn more about you?: On Facebook: Molly Carmody – Yelm City Council. Also www.mollycarmody.com

Occupation: Creative director for an educational firm. Avocation: Chief coffee maker dishwasher et al for a not for profit theater and a few other Yelm supporting projects and events.

Education: See answer above on Age – and some useless pieces of paper.

Elected Offices Sought: This one – finally have the time.

Community Involvement: You asked this to be limited to 120 words! It seems like I have been in love with Yelm forever.

Volunteer Experience: Creating and directing a community art theater on no funding and creating a UFOfest to fund it.

Why are you running for office?: To share some energy and new views to with the community I love and live in.

What is the largest issue facing the candidate who will be elected to this office?: Getting more and more neighbors involved in all aspects of Yelm’s future and bringing in more money to the community without selling out our soul.

What will you do to address that issue?: Actively listen and support community input and involvement. The people I know love this town and just need to be invited to participate.

Why should voters choose you?: I'm one of them, and I finally have the time to serve.

The office should be one of service to the community, not a stage for someone's ego; I have already lived the life of being on stage.

How do you plan to include more of the community in local government?: Public forums. Weekly coffee chats (maybe with some wine?)

If the city were to receive a no-strings-attached $1 million grant, what would you like to see the city do with it?: Have Nisqually Valley News survey the fine people who live here, and a few open forums around town but would hope they realize the importance of converting an area for  Festival Grounds and art theater. As you know, I am keen on the importance of art in a community. But I have to convince the people...

Where can voters learn more about you?: Drop by the theater. I'm there about 20 hours a day.

Editor’s Note: With the primary election over, the NVN will seek to report on a local race in each edition leading up to the November general …

Elected office is a sacred trust between voters and those who want their votes. Ms. Jayne would do well to respond to sincere questions with sincere answers, as Ms. Carmody did. She says she is unaware she has an opponent nor were any of the answers she gave informative of herself, her views or plans. I think flippant answers are completely inappropriate - they demonstrate disrespect to both Ms. Carmody and the democratic process. Perhaps it is what is going on in DC that makes people think that just anybody can say anything and get elected. No. Never. Ms. Jayne has done great service to Yelm in maintaining the Triad Theater as a venue for the performing arts. This does not automatically translate into evidence of competence or vision as an elected official whose task it will be to maintain the city in working order before all other considerations.

NVN needs another rule. Nothing critical of Ramsters.